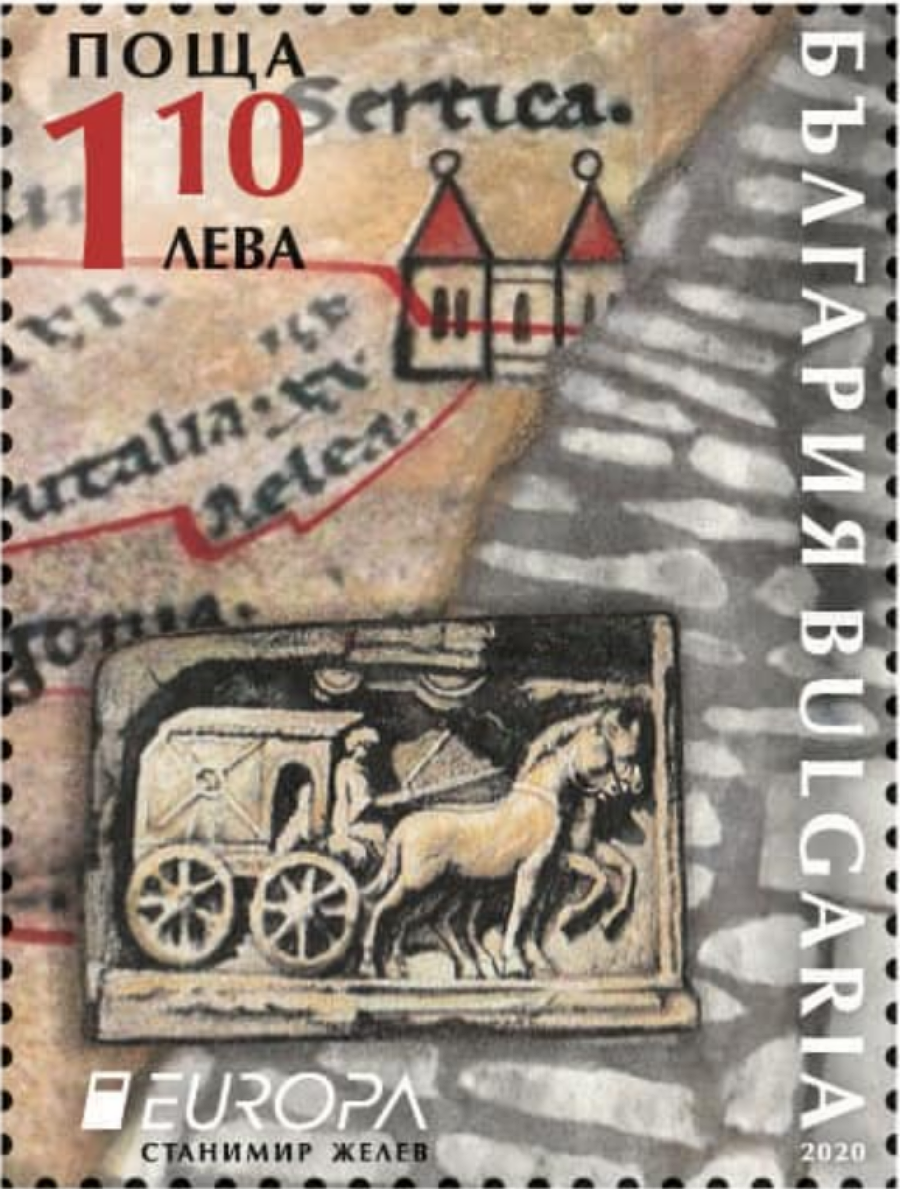 Bulgaria
BULGARIA – Bulgarska Philatelia & Numismatika
The background of the two stamps is an antique map, which includes the two largest Bulgarian cities, Sofia and Plovdiv, with Latin names Serdica and Philipopolis as the distance between the two cities outlines a route from the ancient Roman roads. The postage stamp of 2.30 Lv. depicts a Roman stone sculpture of a chariot from Roman times. 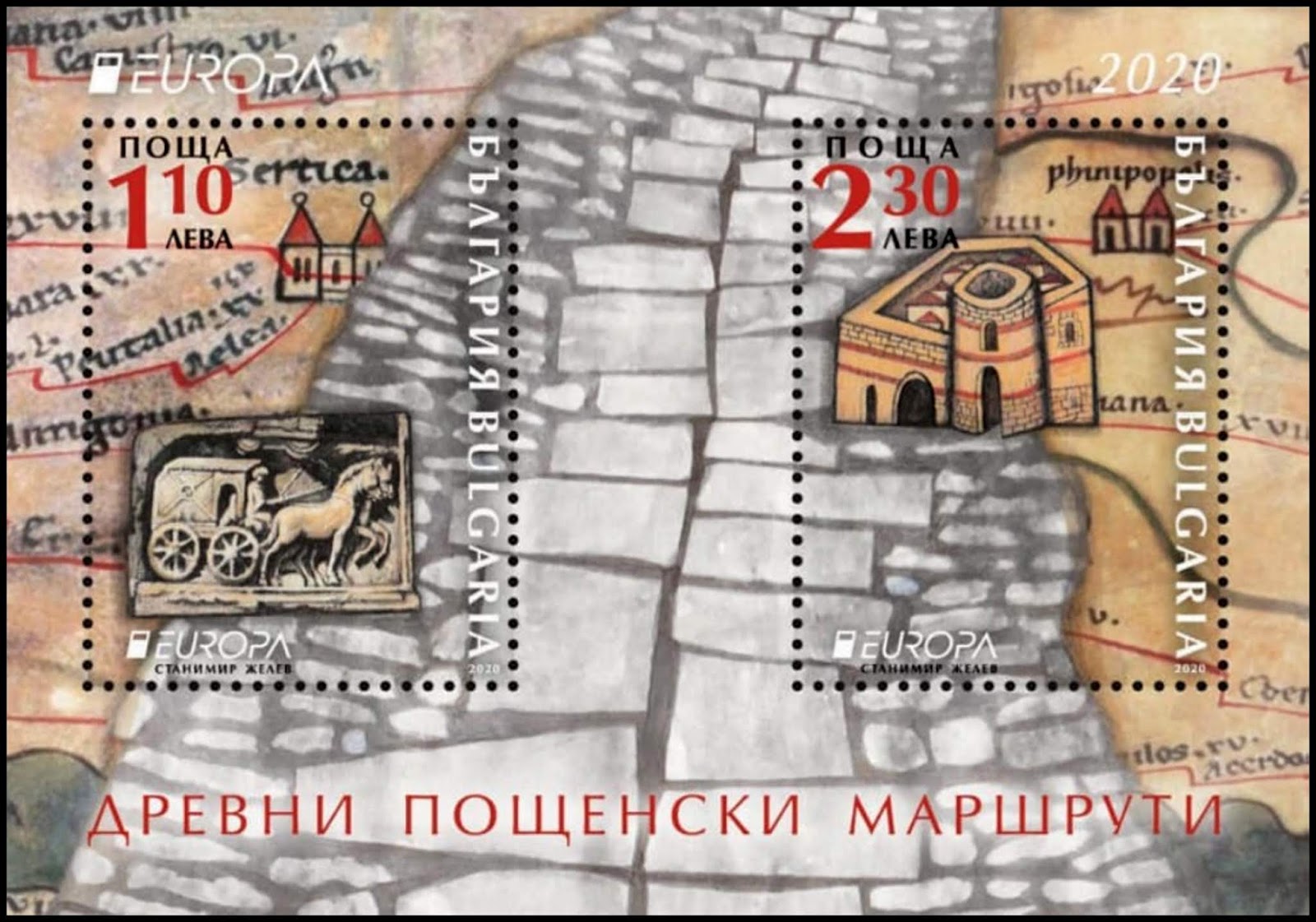