Released in the centenary year of Helmut Newton’s and Henry Talbot’s birth, this stamp issue not only celebrates four doyens of fashion photography, but also illustrates fashion, photography and social shifts over successive decades from the late 1940s to the early 1970s.

Following World War II, economic and social changes invigorated the Australian fashion industry, and made the latest styles accessible to a youthful and increasingly independent generation. Photography was the perfect medium to serve the expanding fashion market, where it was primarily used to sell clothes.

The design of this stamp issue returns four remarkable photographs to their original commercial context by evoking magazine cover art. The use of bold typography, overprinting and distinctive typefaces are a clear nod to the design tradition of fashion magazines. 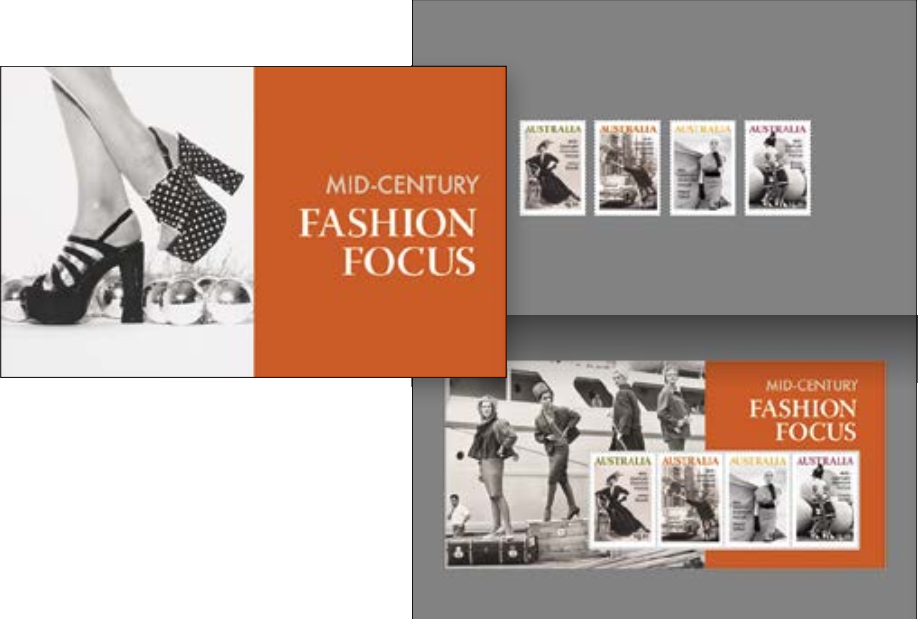 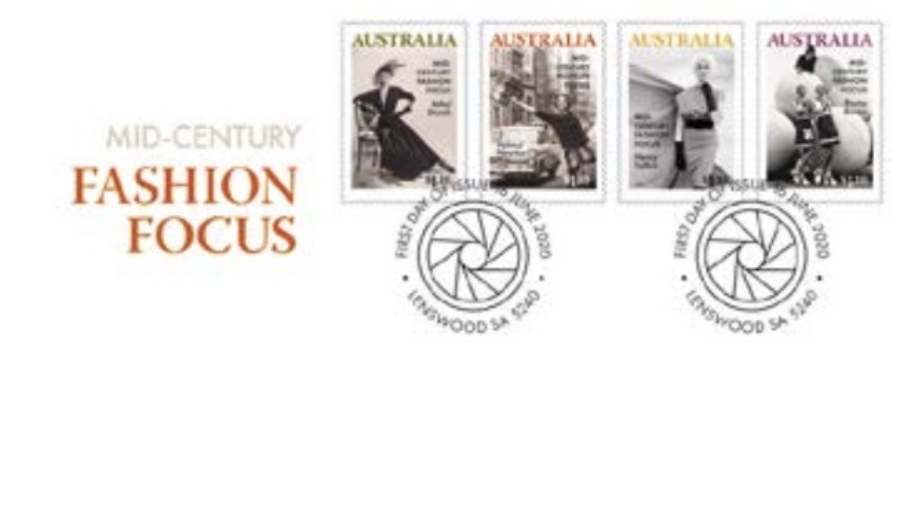 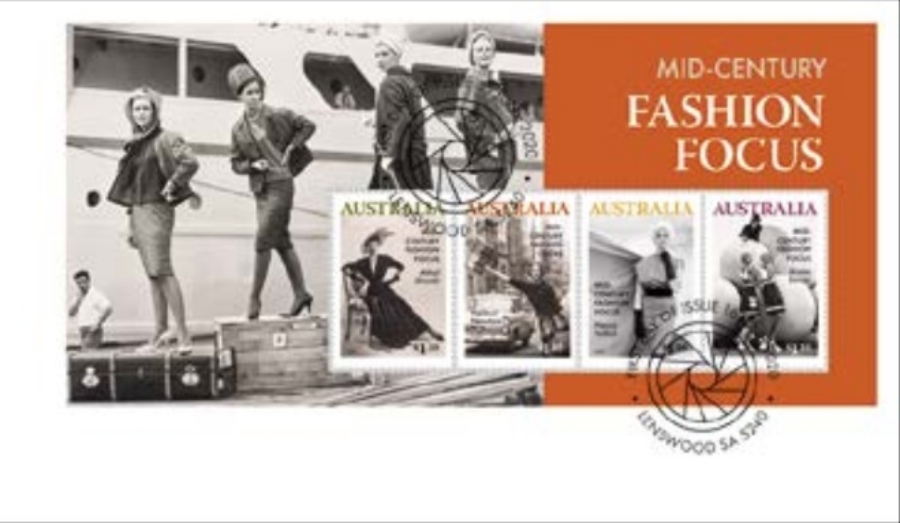 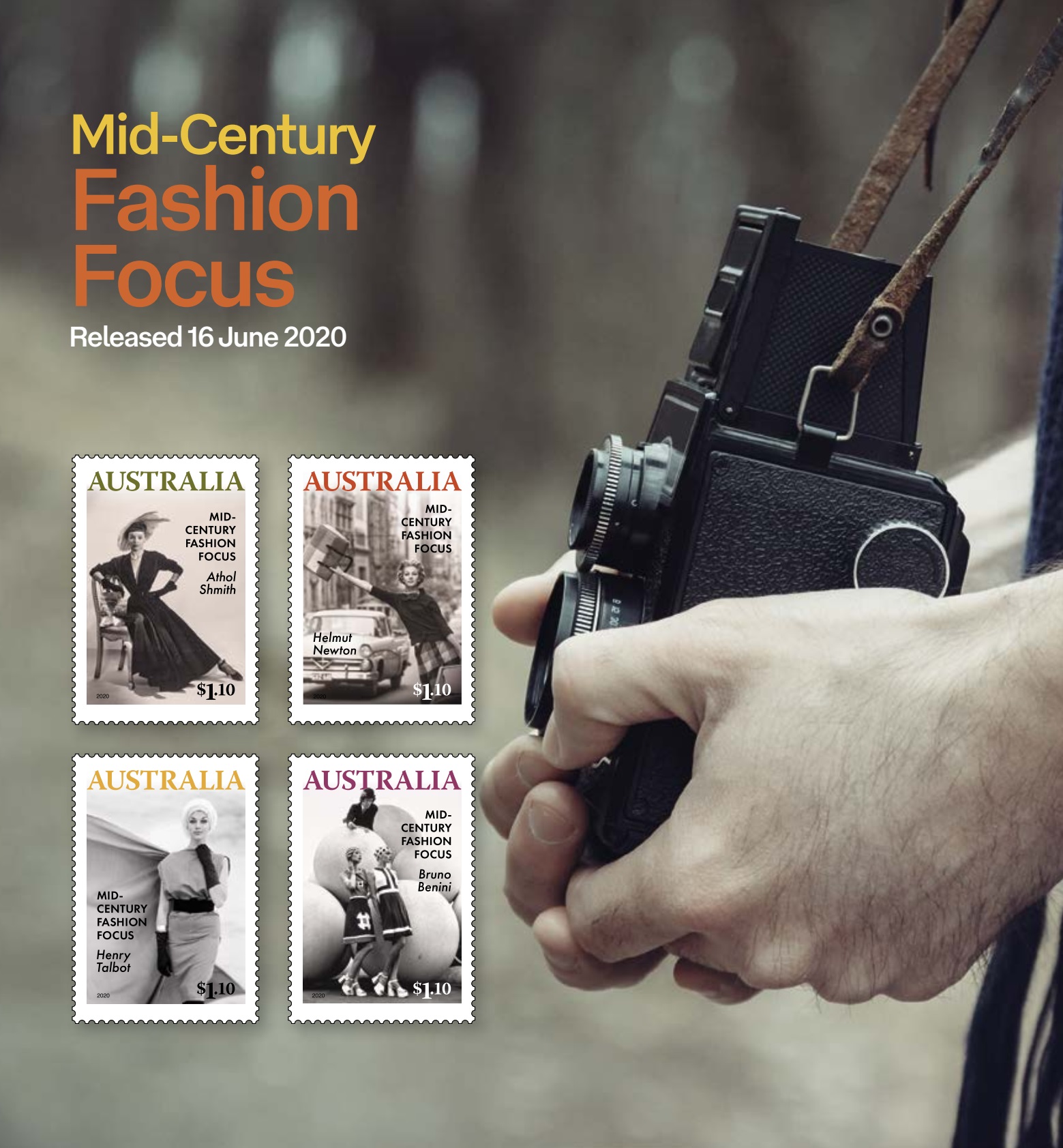 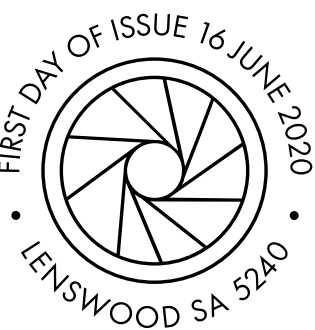