China Post is scheduled to issue a set of 1 stamps commemorating the 60th Anniversary of the Chinese Mountaineering Team’s Summit of Mount Everest on May 25, 2020. Details are as follows:

Sales method: From the date of issuance, it will be sold in the philately network hall (https://jiyou.11185.cn), China Post mobile client and China Post micro-post office philately WeChat mall, from June 10 at designated post offices nationwide The sale period is 6 months.

China Post is scheduled to issue one set of commemorative stamps on the 60th Anniversary of Mount Everest of the Chinese Mountaineering Team on May 25, 2020. The name of the stamp design is: 60th Anniversary of the Chinese Mountaineering Team’s Summit of Mount Everest, with a full set of face value of 1.20 yuan. 7.4 million sets are planned to be issued.

Everest is the main peak of the Himalayas, located on the border between the People’s Republic of China and Nepal. Mount Everest is the highest mountain in the world. The height of the rock face measured by the National Bureau of Surveying and Mapping of China in 2005 was 8,844.43 meters.

On May 25, 1960, the members of the Chinese mountaineering team Wang Fuzhou, Kampot and Qu Yinhua successfully summited Mount Everest for the first time, creating a great feat in the history of mankind to climb from the northern slope to the world’s highest peak.

The main body of the stamp commemorating the 60th Anniversary of Mount Everest of the Chinese Mountaineering Team is shown in the form of an illustration. The picture is set on the background of the majestic Everest. The foreground shows the situation of Chinese mountaineers who have overcome difficulties and obstacles to advance to Everest. The national flag element, the overall picture is magnificent, rich in color, and full of characteristics of the times. It fully demonstrates the Chinese mountaineering team’s hard work to climb the peak and shows the great feat of the first successful climb of Mount Everest from the north slope of Mount Everest.

The set of stamps was designed by Wu Shining and printed by the Beijing Stamp Factory’s photocopying process.

The first day ceremonies for the Mount Everest stamp were held on 25 May 2020 at Everest Base Camp in Tingri County, Tibet. Tingri County or Dhringgri County (དིང་རི་རྫོང་། in Tibetan or 定日 – Tingri Zong in Chinese:) is under the administration of the prefecture-level city of Xigazê in the Tibet Autonomous Region of China.

The county comprises the upper valley of the Bum-chu or Arun River, with the valleys of its tributaries plus the valleys of the Rongshar Tsangpo and the Lapchi Gang Tsanpo which flow south into Nepal. It is bordered on the south by the main range of the Himalayas including Mt. Everest (Chomolungma), Makalu and Cho Oyu. The present county administration is located at Shelkar, about 87 km (54 mi) east of Tingri (town).

It is one of the four counties that comprise the Qomolangma National Nature Preserve (Tingri, Dinjie, Nyalam, and Kyirong).

The following photos from the first day ceremonies are courtesy of Xu Wei. 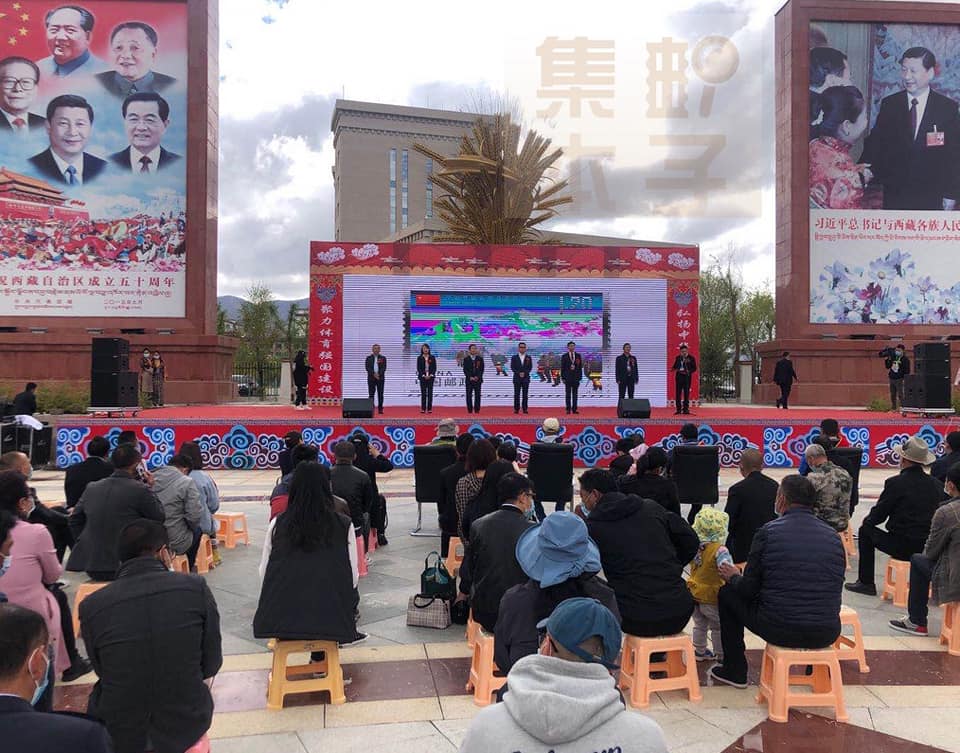 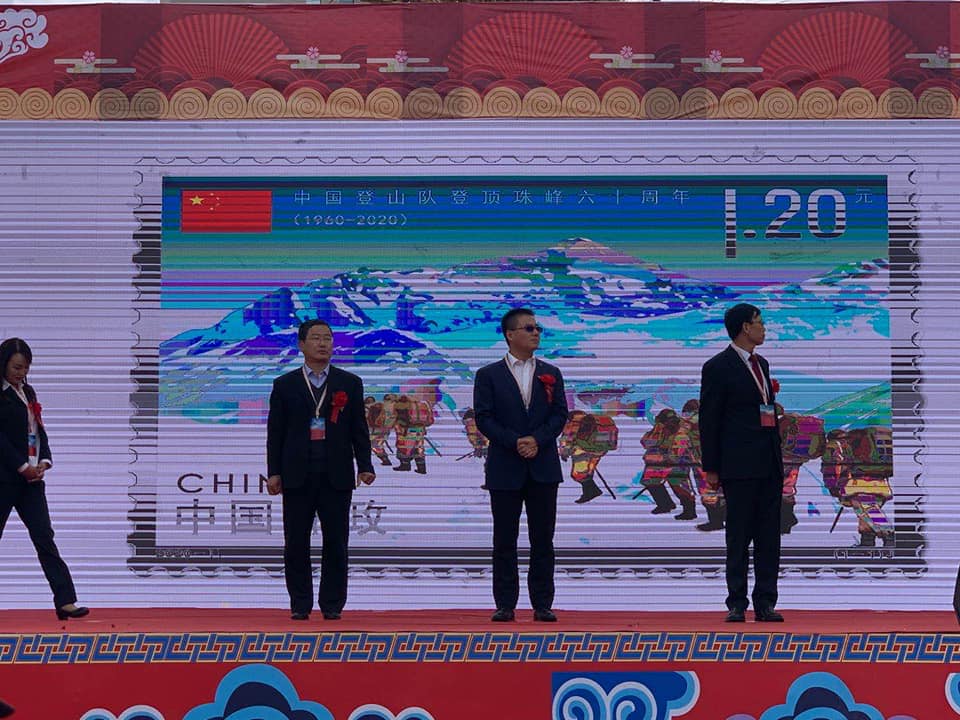 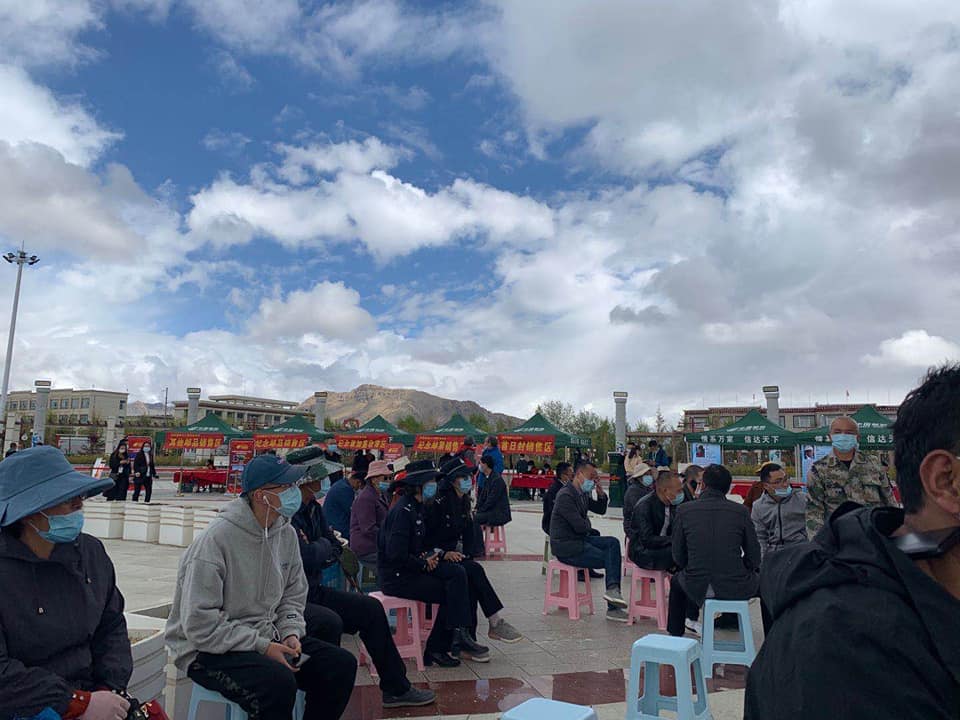 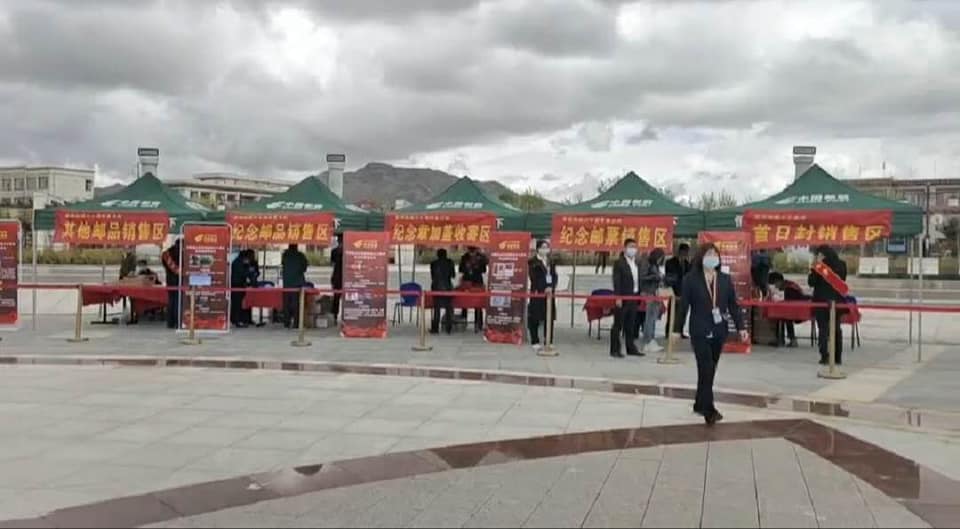 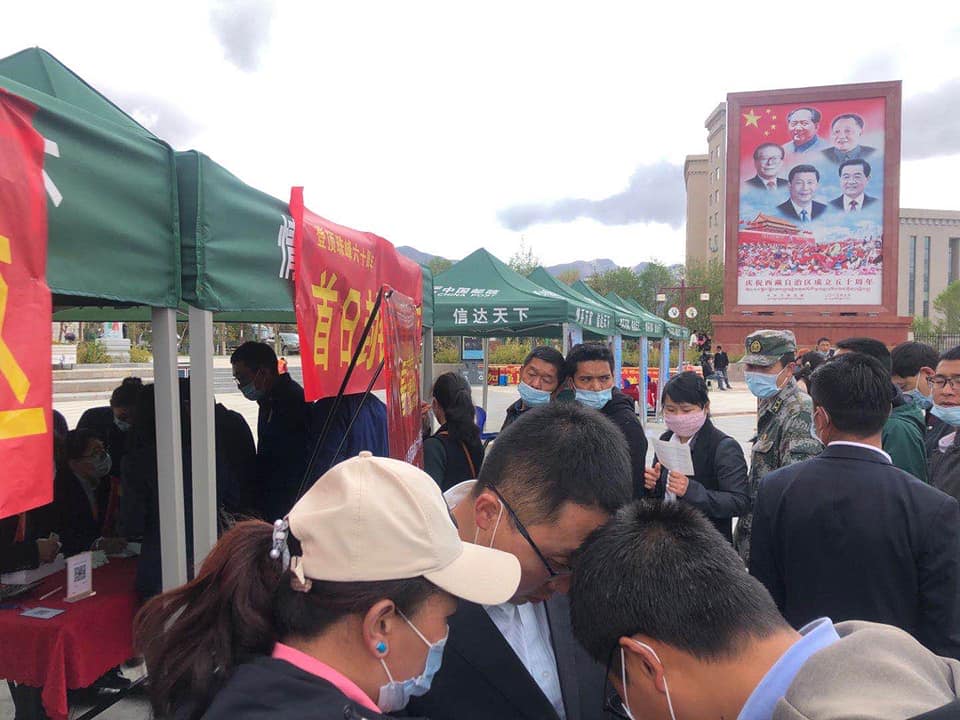 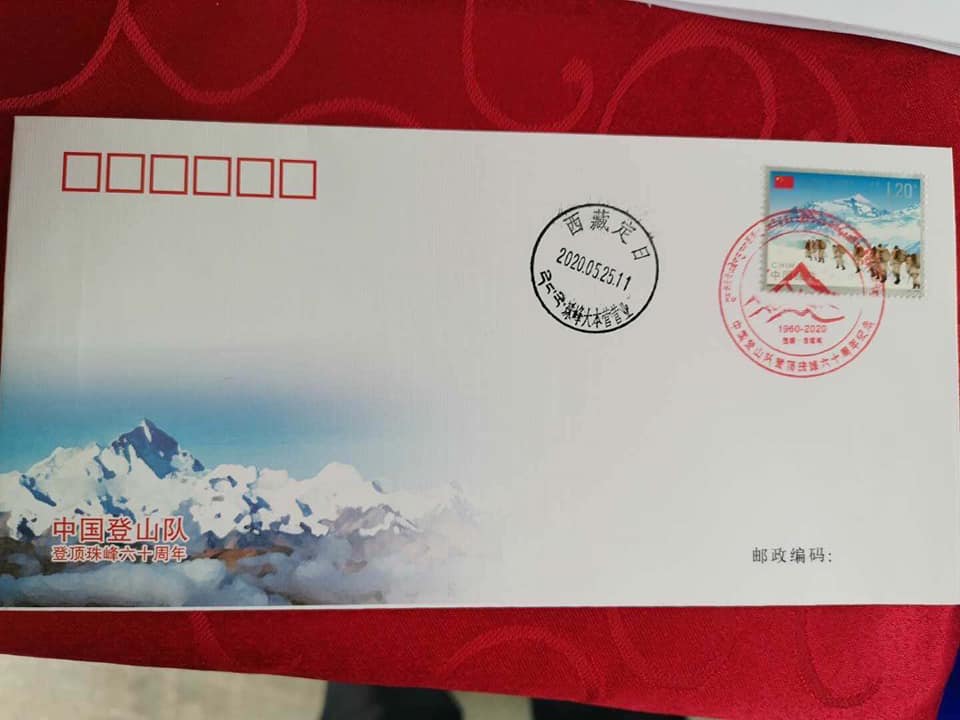