The first data on the organized transfer of postal items on the territory of today’s Montenegro come from the time of Roman rule, when the Balkan Peninsula was a bridge between the eastern and western provinces of the Empire. Then Cursus publicus was formed, a well-organized institution for the transport of passengers, goods and postal items. In the early Middle Ages, based on available data, it can be concluded that the Duklja dynasty Vojislavljević had a rich correspondence. Postal traffic, at the beginning of the 16th century, was carried out via several roads. The most important of them, the Zeta Road (Via di Zenta), connected the Montenegrin coast with the continental part of the Balkan Peninsula. The Post of Montenegro, within the edition Europe – Ancient Postal Routes, publishes a commemorative stamp, a First Day Cover and a block. The author of the conceptual design is Adela Zejnilović. 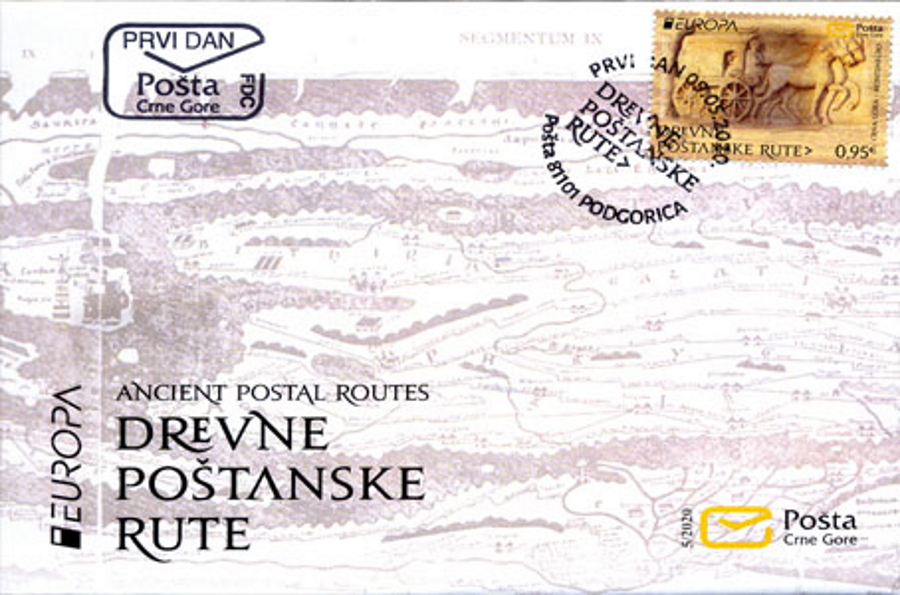