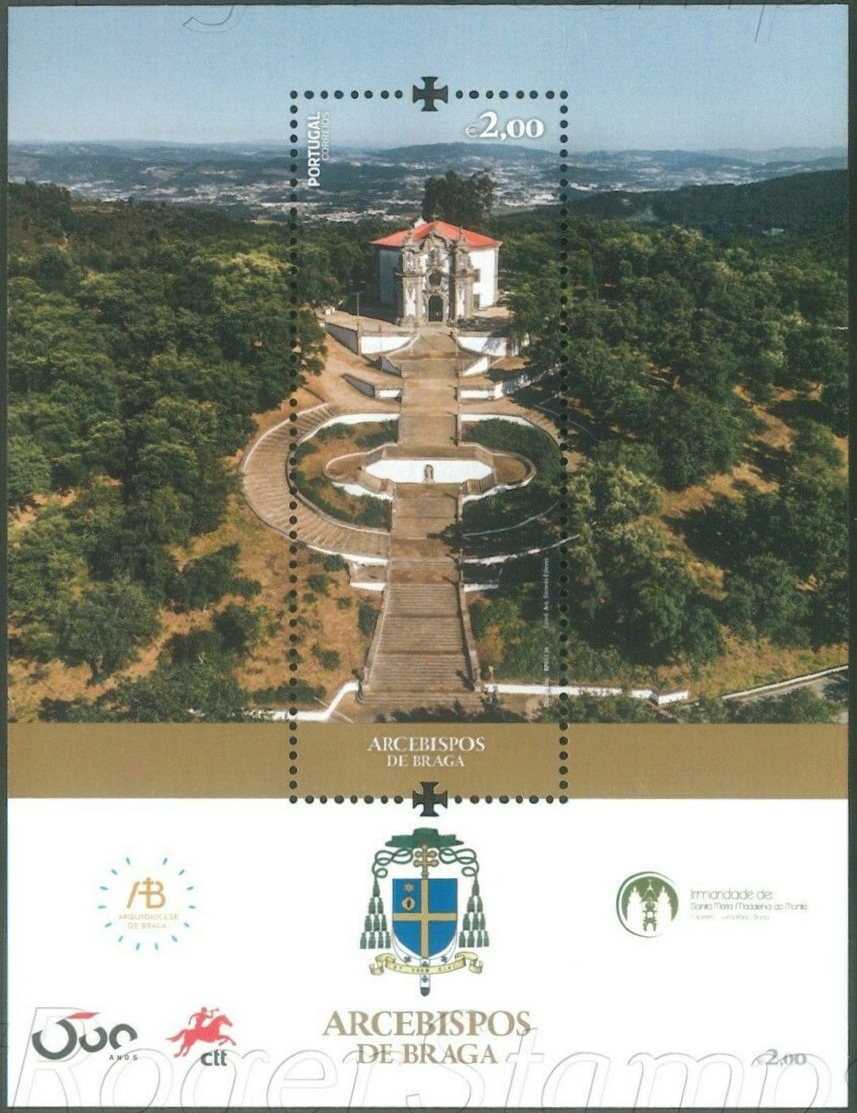 The Roman Catholic Archdiocese of Braga (Archidioecesis Bracarensis in Latin) is an archdiocese of the Latin Rite of the Catholic Church in Portugal. Its suffragans are the dioceses of Aveiro, of Bragança-Miranda, of Coimbra, of Lamego, of Porto, of Viana do Castelo, of Vila Real, and of Viseu. The chief prelate of Braga is known as the Archbishop-Primate of Braga (Arcebispo Primaz de Braga), as the traditional holder of the Primacy of the Spains, claiming supremacy over all prelates of the whole Iberian Peninsula; however in modern times, this title is only recognized in Portugal.

The tradition that St. Peter of Rates, a disciple of St. James the Great, preached here, is handed down in the ancient Breviary of Braga (Breviarium Bracarense) and in that of Évora; but this, as the Bollandists tell us, is due to the “credulity of the people of Braga, who have listed him in their modern (17th century) Martyrology.” Paternus was certainly bishop of the see about 390.

In its early period the Diocese of Braga produced the famous writer Paulus Orosius (fl. 418). At the beginning of the eighteenth century a contest was waged over the birthplace of Orosius, some claiming him for Braga and others for Tarragona. The Marquis of Mondejar, with all the evidence in his favour, supported the claim of Braga; Dalmas, the chronicler of Catalonia, that of Tarragona.

Avitus of Braga, another writer of some importance, was a priest who went to the East to consult with St. Augustine at the same time that Orosius, who had been sent by St. Augustine, returned from consulting St. Jerome. It was through him that the priest Lucian of Caphar Gamala near Jerusalem made known to the West the discovery of the body of St. Stephen (December 415). The Greek encyclical letter of Lucian was translated into Latin by Avitus and sent to Braga with another for the bishop, Balconius, and for his clergy and people, together with a relic of St. Stephen. Avitus also attended the Council of Jerusalem against Pelagius (415). There were two others of the same name, men of note, who, however, wrought incalculable harm by introducing into these provinces the doctrines of Origen and Victorinus of Poetovio.

Some have denied that Braga was a metropolitan see; others have attempted without sufficient evidence, however, to claim two metropolitan sees for Gallaecia before the sixth century. In fact, after the destruction of Astorga (433) by the Visigoths, Braga was elevated to the dignity of a metropolitan see in the time of St. Leo I (440-461). Balconius was then its bishop and Agrestius, Bishop of Luigi, was the metropolitan. At the latter’s death the right of metropolitan rank was restored to the oldest bishop of the province, who was the bishop of Braga. From this time until the Muslim conquest of Hispania (711), he retained the supremacy over all the sees of the province.

In 1110 Pope Paschal II restored Braga to its former metropolitan rank. When Portugal became independent, Braga assumed even greater importance. It contested with Toledo the primacy over all the Iberian sees, but the popes decided in favour of the latter city, since it retained as suffragans the dioceses of Porto, Coimbra, Viseu, Bragança-Miranda do Douro, Aveiro, and Pinhel. In 1390 Braga was divided to make the Archdiocese of Lisbon, and in 1540 its territory was again divided to create the Archdiocese of Évora.

The most famous of writers in this diocese is Bishop Martin who died in 580, noted for his wisdom. Gregory of Tours says of him that he was born in Pannonia, visited the Holy Land, and became the foremost scholar of his time. St. Isidore of Seville (“De Viris illustribus“, c. xxxv) tells us that he “was abbot of the Monastery of Dumio near Braga, came to Gallaecia from the East, converted the Suebi inhabitants from the heresy of Arianism, taught them Catholic doctrine and discipline, strengthened their ecclesiastical organization, and founded monasteries. He also left a number of letters in which he recommended a reform of manners, a life of faith and prayer and giving of alms, the constant practice of all virtues and the love of God.”

Braga having been destroyed by the Saracens, and restored in 1071, a succession of illustrious bishops occupied the see. Among these were Maurício Burdinho (1111–14), sent as legate to the Emperor Henry V (1118), and by him created antipope with the title of Gregory VIII; Pedro Juliano, Archdeacon of Lisbon, elected Bishop of Braga in 1274, created cardinal by Gregory X in 1276, and finally elected pope under the name of John XXI; Saint Bartholomew a Martyribus (1559–67), a Dominican, who in 1566, together with Father Luís de Sotomayor, Francisco Foreiro, and others, assisted at the Council of Trent; de Castro, an Augustinian (1589–1609), who consecrated the cathedral, 28 July 1592.

Aleixo de Meneses, also an Augustinian, was transferred to Braga from the archiepiscopal see of Goa. He had been appointed bishop to the St. Thomas Christians of the Malabar Coast in Farther India and had forcibly Latinized them with the help of missionaries of the various religious orders. Under him was held the controversial anti-Council of Diamper (1599), for the establishment of the Church on the Malabar Coast. He died at Madrid in 1617 in his fifty-eighth year as President of the Council of Castile.

Three other bishops of note were Rodrigo da Cunha (1627–35), historian of the Church in Portugal and author of a monograph on the Bishops and Archbishops of Braga; Rodrigo de Moura Teles (1704–28), who sponsored the restoration of the cathedral; and Diogo de Sousa, bishop of Porto (1496-1505) and Archbishop of Braga (1505-1532), protector of the arts and sciences, who modernized and revitalized Braga with new constructions in the city and the Sé.

The Archbishop of Braga has claimed the title of Primate of the Spains (Primaz das Espanhas) as the oldest diocese on the Iberian Peninsula. 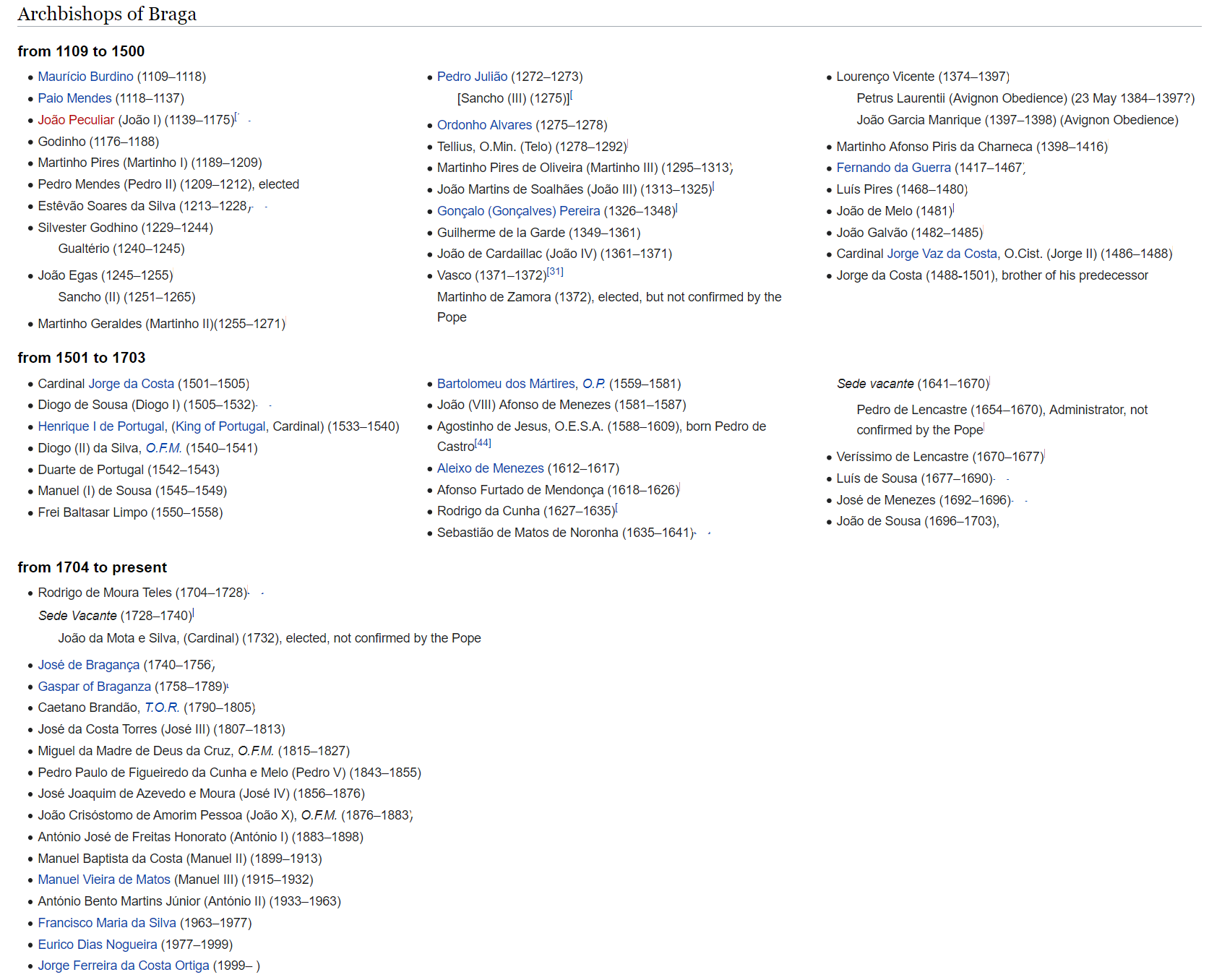 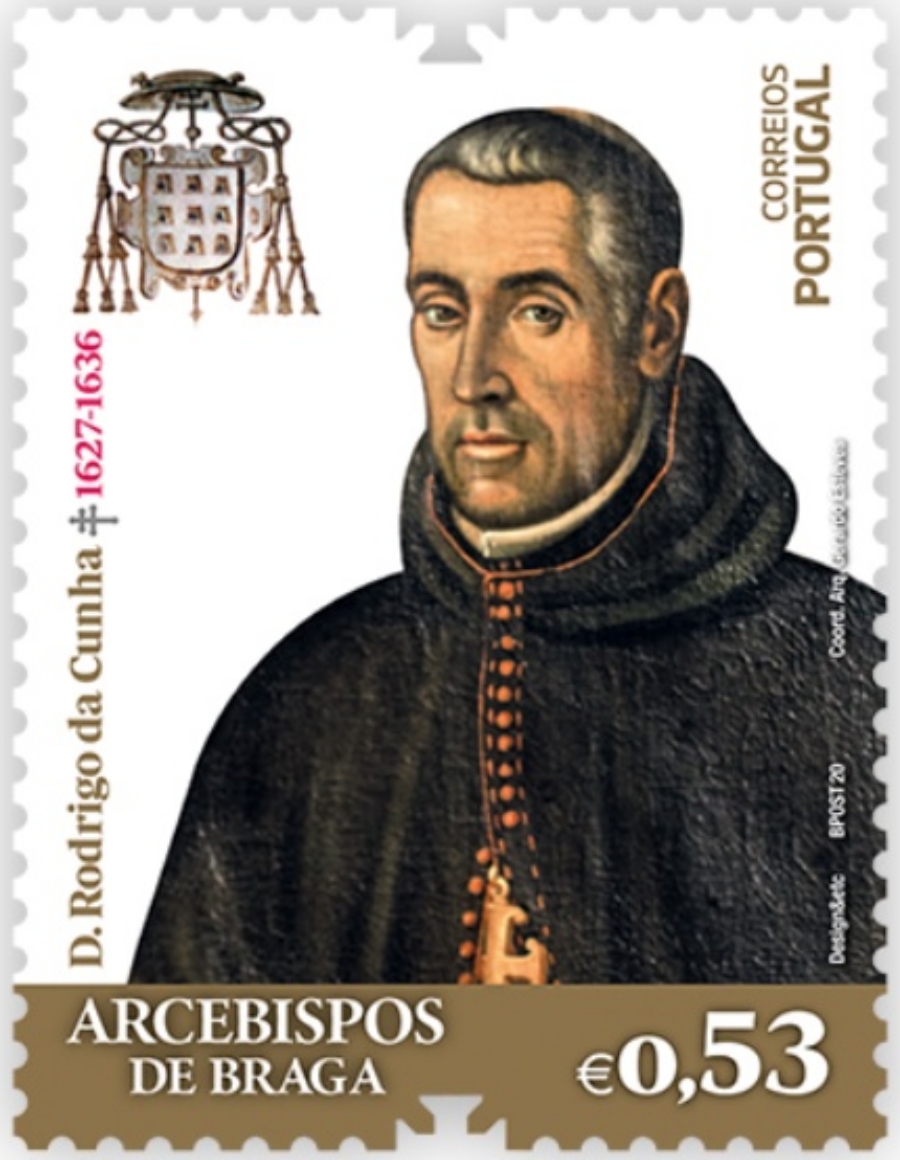 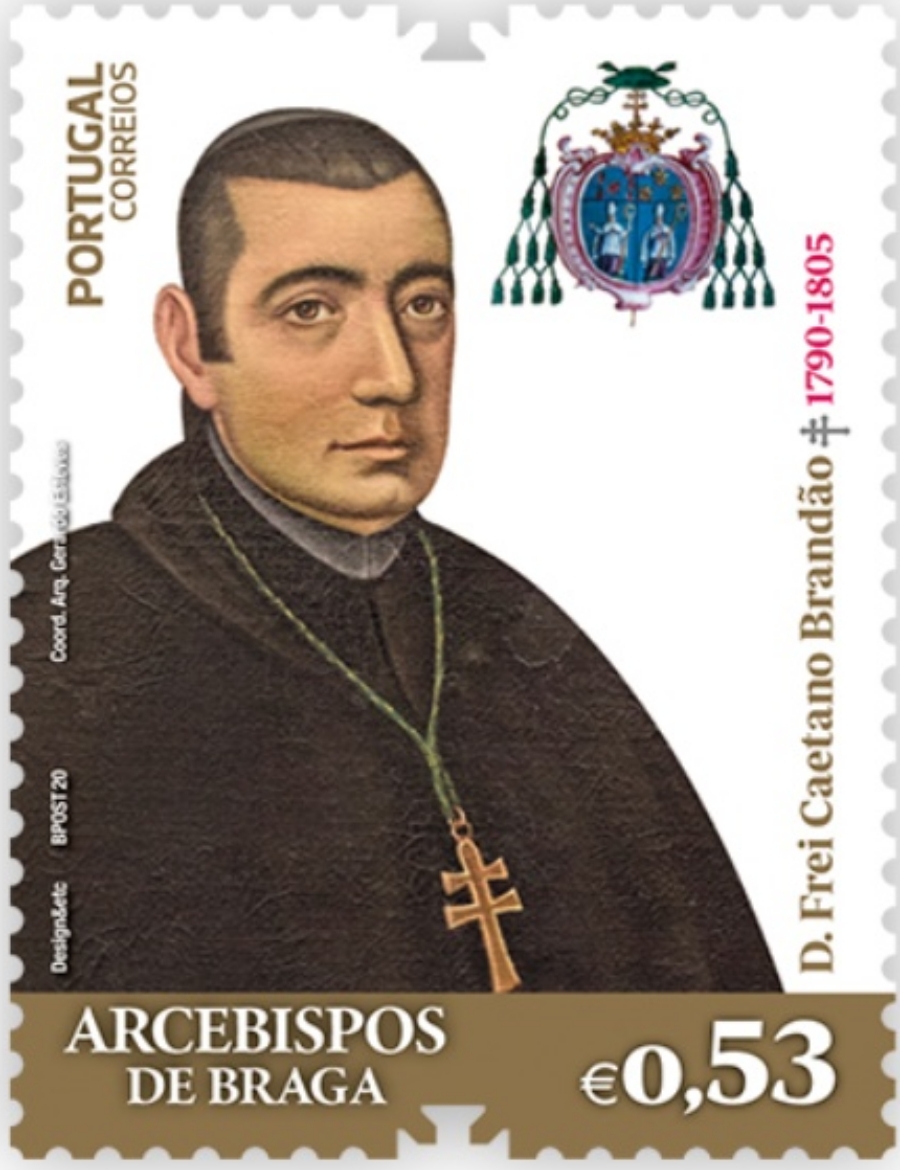 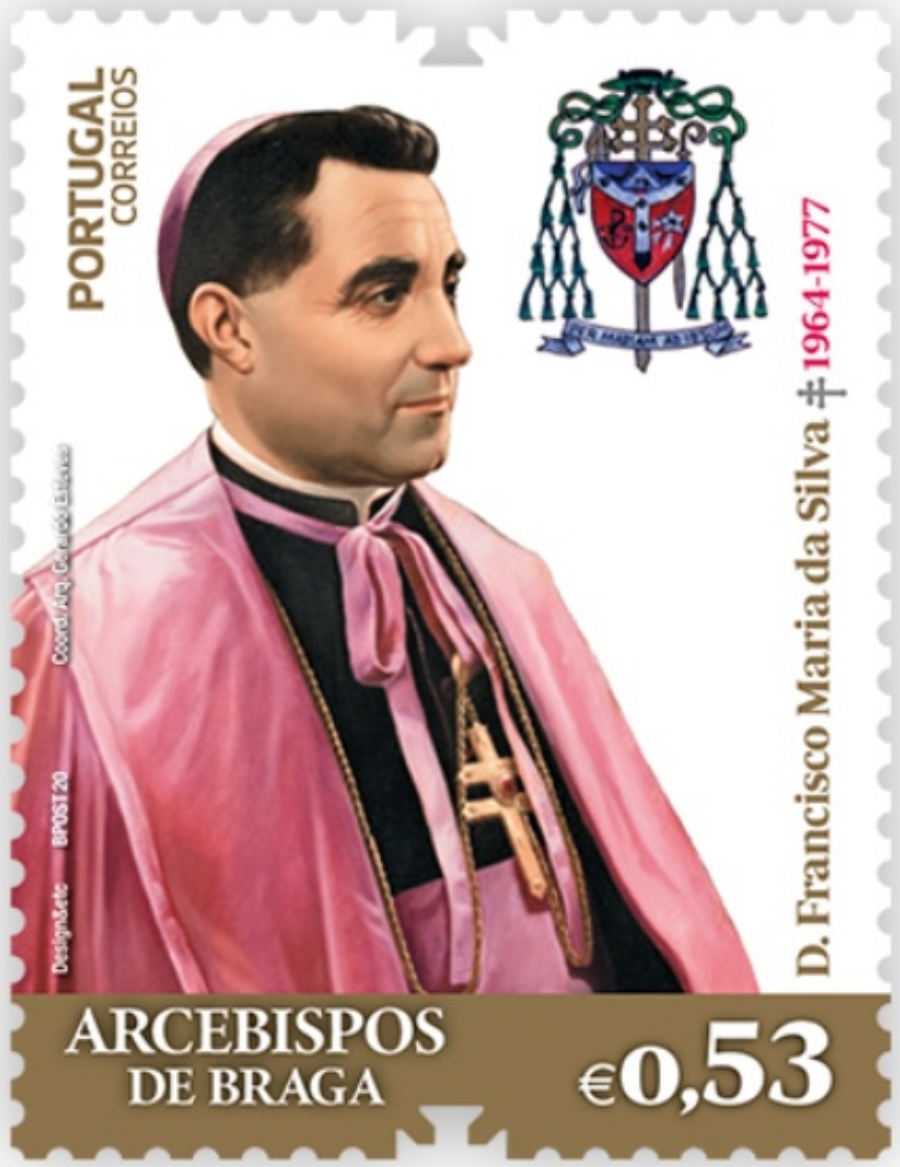 Francisco Maria da Silva (March 15, 1910—April 14, 1977) was a Portuguese prelate of the Roman Catholic Church. He served as Archbishop-Primate of Braga from 1963 until his death.

D. Francisco da Silva was born in Murtosa, and was ordained to the priesthood on May 21, 1932. On December 20, 1956, he was appointed Auxiliary Bishop of Braga and Titular Bishop of Telmissus by Pope Pius XII. He received his episcopal consecration on March 31, 1957 from Archbishop Antonio Martins Júnior, with Archbishop Manuel Ferreira da Silva and Bishop José Dias serving as co-consecrators.

In the August 10th of 1975, the Archbishop delivered a speech in which he gave a scathing condemnation of Communism, as well as demanding that the Communist Party relinquish its hold over the Catholic-owned Radio Renascença, saying, “We want respect for public morality and moral values…for fundamental human rights. Christian people must assume their responsibilities, certain that the best values guide their lives: God, His church, and the homeland”. After the speech, thousands of his audience desecrated the flag at the Communist Party headquarters, and were opened fire upon.

D. Francisco later died at the age of 67, having served as archbishop for twenty-one years. 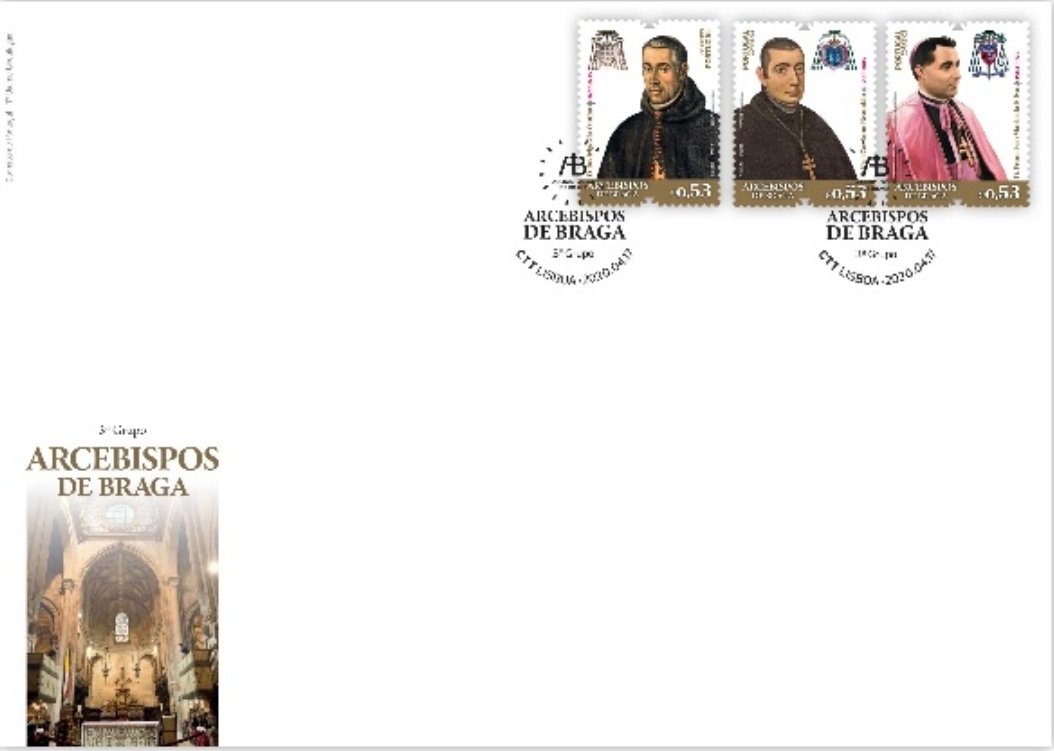 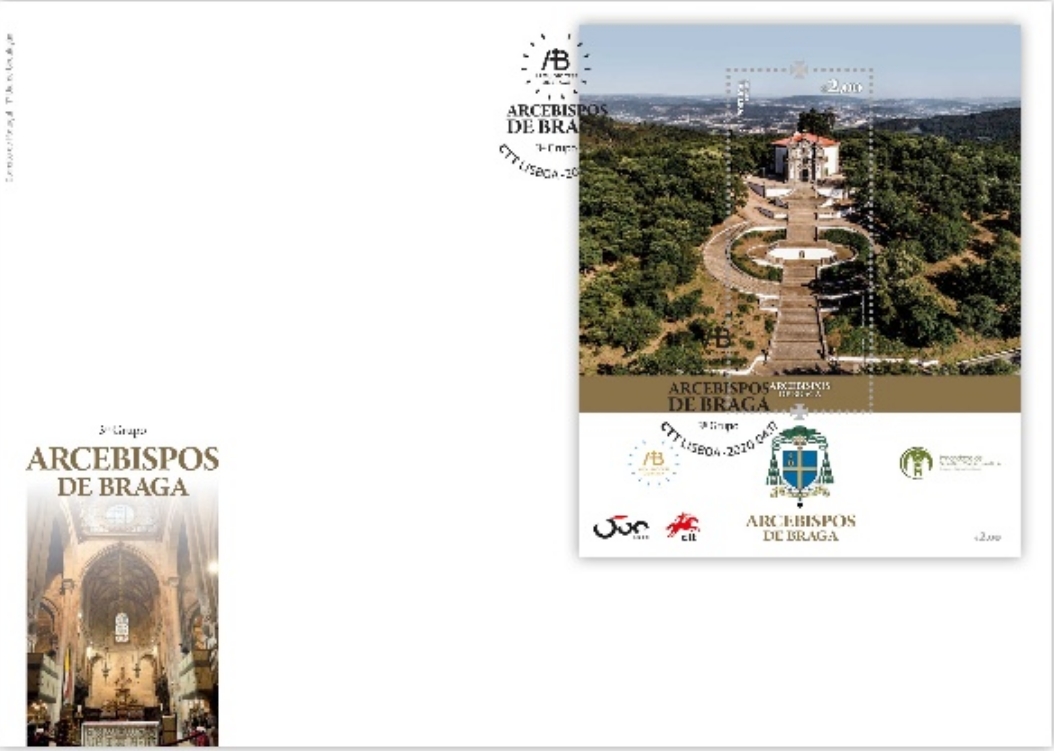 The bishopric of Braga was restored around 1071, after the city was back into Christian hands, and Bishop Pedro started to build a cathedral, consecrated in 1089 (only the Eastern chapels were finished). Starting in 1093, the County of Portugal was ruled by Count Henry of Burgundy who, together with Bishop Geraldo de Moissac, managed to convince the Pope to turn Braga into an archbishopric in 1107. The archbishop of Braga had power over a large region in Northwestern Iberia, including most of Portugal and part of Galicia, in today Spain.

Construction on the cathedral was then resumed and lasted until the middle of the 13th century, but the details are obscure. The original 12th century-building was built in the Burgundian Romanesque style of the monastery church of Cluny. It influenced many other churches and monasteries in Portugal in that period. In later times the cathedral was greatly modified, so that today it is a mix of Romanesque, Gothic, Moorish, manueline and baroque styles. Particularly important were the addition of new chapels and the entrance gallery in gothic style, the new manueline main chapel, and the various additions in baroque times like the towers, chapels and much inner decoration.

The cathedral as the most important religious site in Iberia (before the founding of Santiago of Compostela and the reconquest of Toledo from Muslim hands) was an extremely powerful institution at the time and enjoyed a great degree of influence in the papal court. For example, the Archbishop Primaz D. Paio Mendes (1118-1137), considered by some historians to be the true teacher of D. Afonso Henriques, the first King of Portugal, instead of Egas Moniz, was an ardent defender of the cause of the Infante against his mother, D. Teresa of Léon. Counselor to the monarch, he traveled with him to Zamora. It had an influential role in the formation of the independence of Portugal, having used its position in the papal court of Pope Alexander III finally obtaining the approval of the Papal Bull Manifestis Probatum that recognized the independence of Portugal by the Papacy and consequently by all of Christendom. This Archbishop also ordered, in 1128, the construction of a building with 5 chapels in the transept of the Cathedral which was damaged by an earthquake. 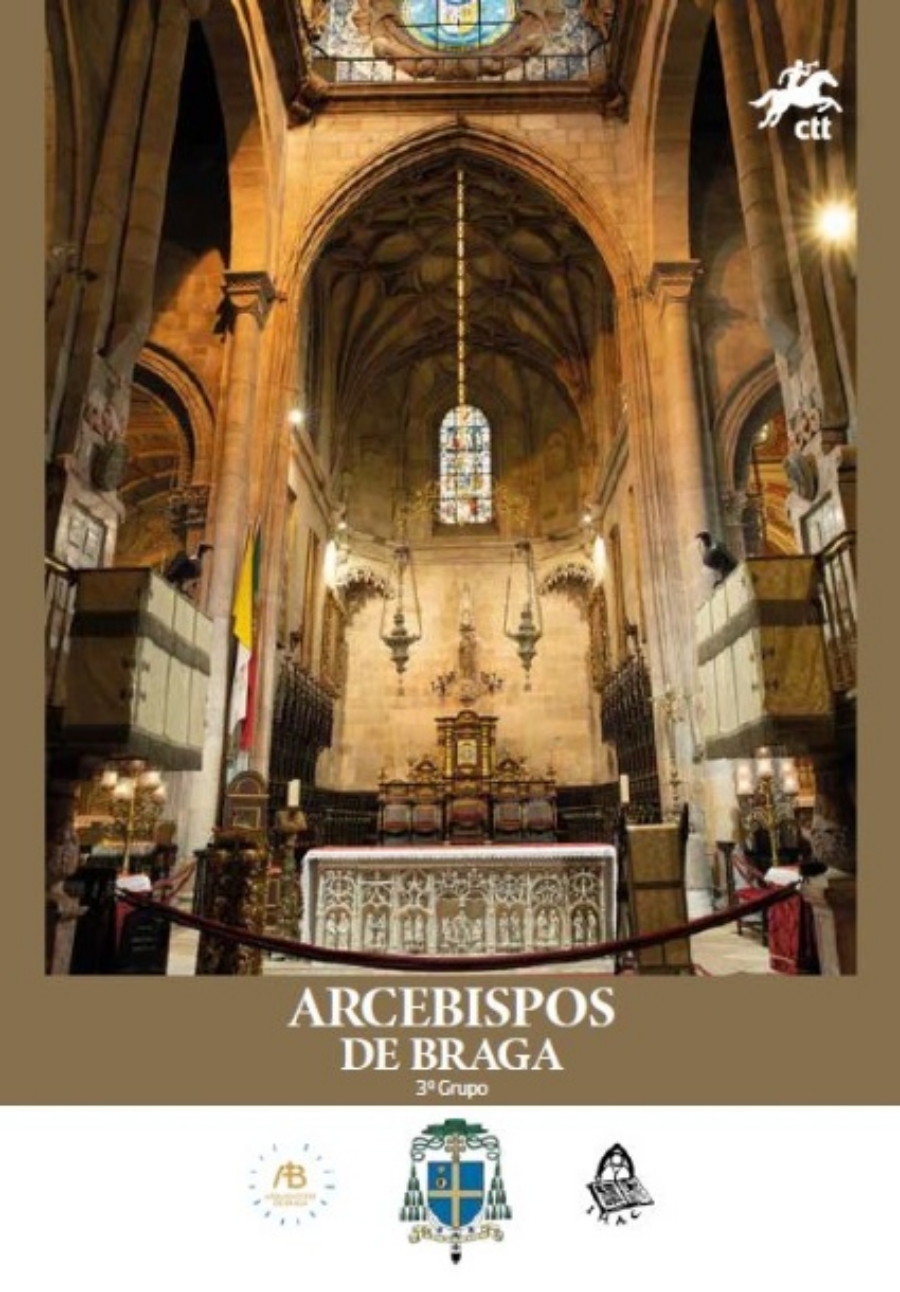 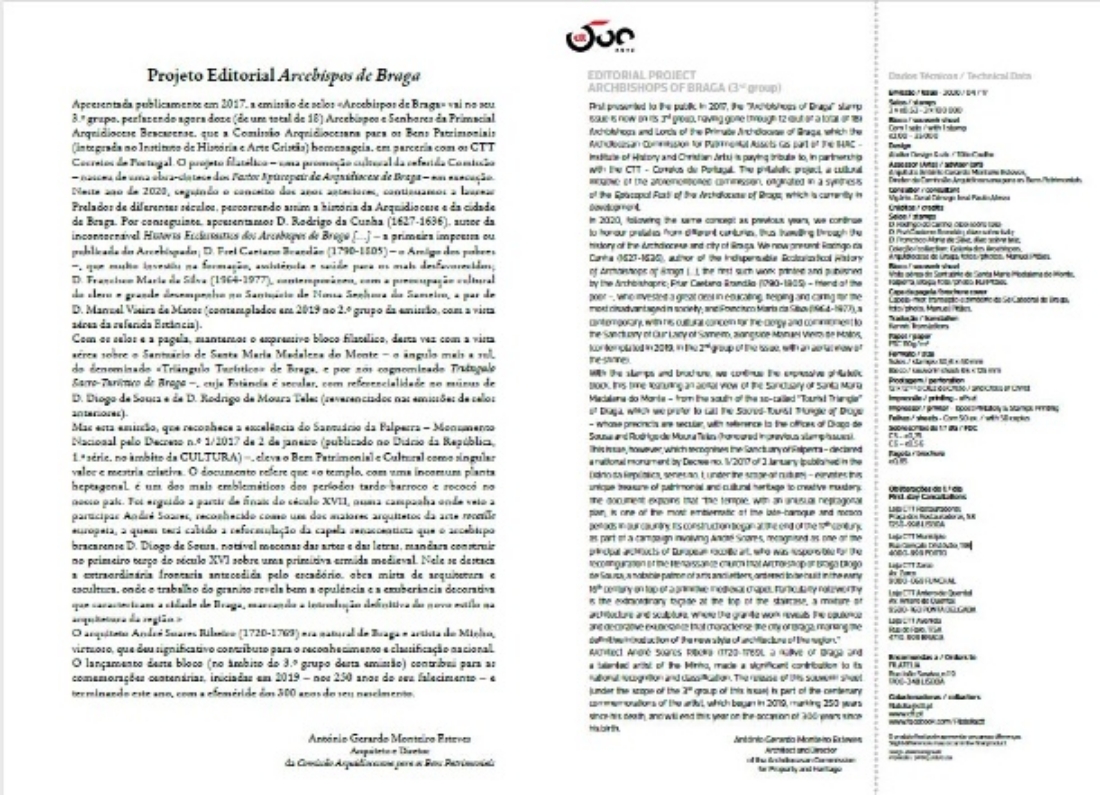