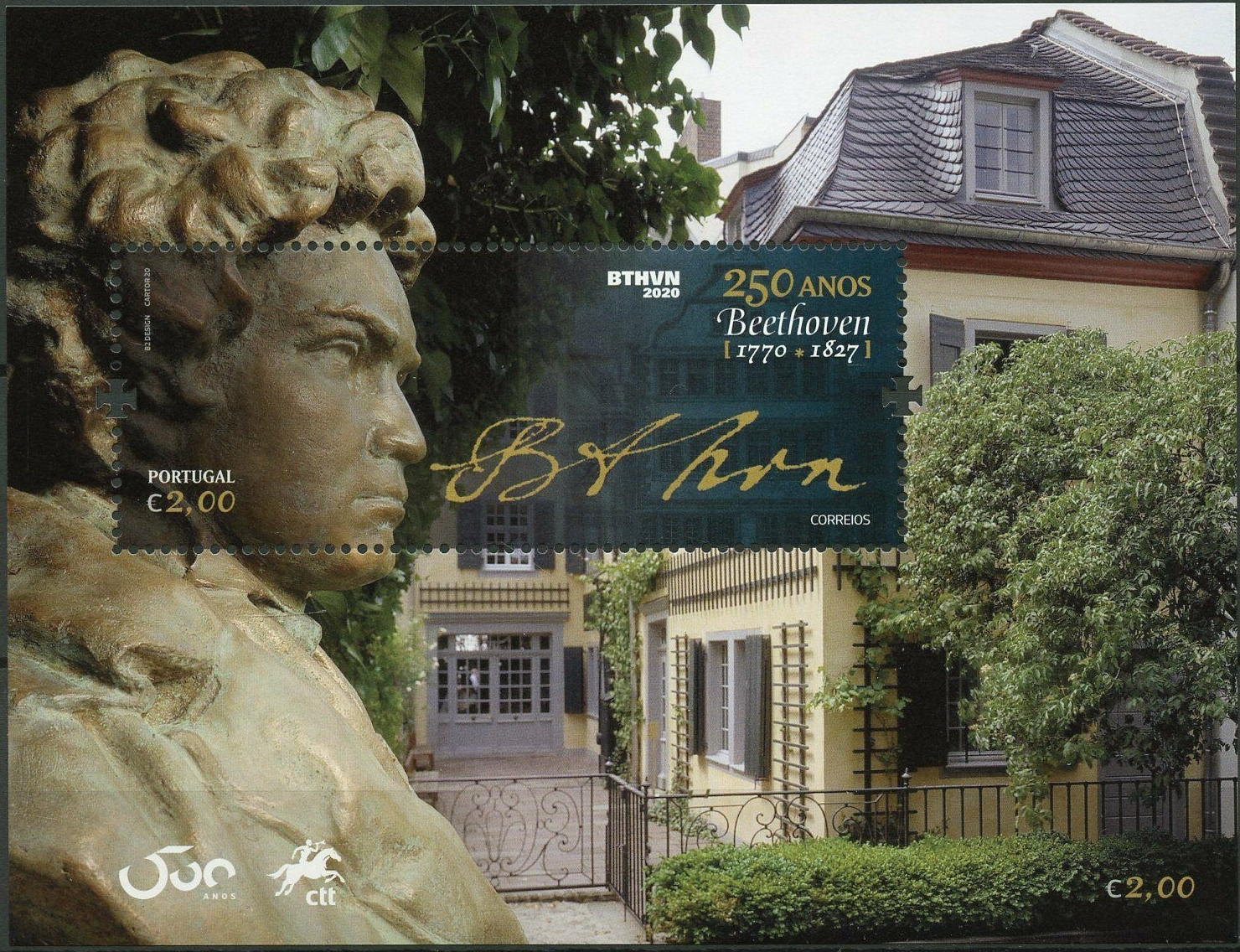 Ludwig van Beethoven (baptized 17 December 1770 – died 26 March 1827) was a German composer and pianist; his music is amongst the most performed of the classical repertoire, and he is one of the most admired composers in the history of Western music. His works span the transition from the classical period to the romantic era in classical music. His career has conventionally been divided into early, middle, and late periods. The “early” period in which he forged his craft, is typically seen to last until 1802. His “middle” period, (sometimes characterized as “heroic”) showing an individual development from the “classical” styles of Joseph Haydn and Wolfgang Amadeus Mozart, covers the years 1802 to 1812, during which he increasingly suffered from deafness. In the “late” period from 1812 to his death in 1827, he extended his innovations in musical form and expression.

Beethoven was the grandson of Ludwig van Beethoven (1712–1773), a musician from the town of Mechelen in the Austrian Duchy of Brabant (in what is now the Flemish region of Belgium) who had moved to Bonn at the age of 21. Ludwig was employed as a bass singer at the court of Clemens August, Archbishop-Elector of Cologne, eventually rising to become, in 1761, Kapellmeister (music director) and hence a pre-eminent musician in Bonn. The portrait he commissioned of himself towards the end of his life remained displayed in his grandson’s rooms as a talisman of his musical heritage. Ludwig had one son, Johann (1740–1792), who worked as a tenor in the same musical establishment and gave keyboard and violin lessons to supplement his income.

Johann married Maria Magdalena Keverich in 1767; she was the daughter of Heinrich Keverich (1701–1751), who had been the head chef at the court of the Archbishopric of Trier. Beethoven was born of this marriage in Bonn at what is now the Beethoven House Museum, Bonnstrasse 20. There is no authentic record of the date of his birth; however, the registry of his baptism, in the Catholic Parish of St. Remigius on 17 December 1770, survives, and the custom in the region at the time was to carry out baptism within 24 hours of birth. There is a consensus, (with which Beethoven himself agreed) that his birth date was 16 December, but no documentary proof of this.

His musical talent was obvious at an early age, and he was initially harshly and intensively taught by his father. He was later taught by the composer and conductor Christian Gottlob Neefe, under whose tuition he published his first work, a set of keyboard variations, in 1783. He found relief from a dysfunctional home life with the family of Helene von Breuning, whose children he loved, befriended and taught piano. At age 21, he moved to Vienna, which subsequently became his base, and studied composition with Haydn. Beethoven then gained a reputation as a virtuoso pianist, and he was soon courted by Karl Alois, Prince Lichnowsky for compositions, which resulted in his three Opus 1 piano trios (the earliest works to which he accorded an opus number) in 1795.

His first major orchestral work, the First Symphony, appeared in 1800, and his first set of string quartets was published in 1801. During this period, his hearing began to deteriorate, but he continued to conduct, premiering his Third and Fifth Symphonies in 1804 and 1808, respectively. His Violin Concerto appeared in 1806. His last piano concerto (No. 5, Op. 73, known as the ‘Emperor’), dedicated to his frequent patron Archduke Rudolf of Austria, was premiered in 1810, but not with Beethoven as soloist. He was almost completely deaf by 1814, and he then gave up performing and appearing in public. He described his problems with health and his unfulfilled personal life in two letters, his “Heiligenstadt Testament” (1802) to his brothers and his unsent love letter to an unknown “Immortal Beloved” (1812).

In the years from 1810, increasingly less socially involved, Beethoven composed many of his most admired works including his later symphonies and his mature chamber music and piano sonatas. His only opera, Fidelio, which had been first performed in 1805, was revised to its final version in 1814. He composed his Missa Solemnis in the years 1819–1823, and his final, Ninth, Symphony, one of the first examples of a choral symphony, in 1822–1824. Written in his last years, his late string quartets of 1825–26 are amongst his final achievements. After some months of bedridden illness he died in 1827. Beethoven’s works remain mainstays of the classical music repertoire. 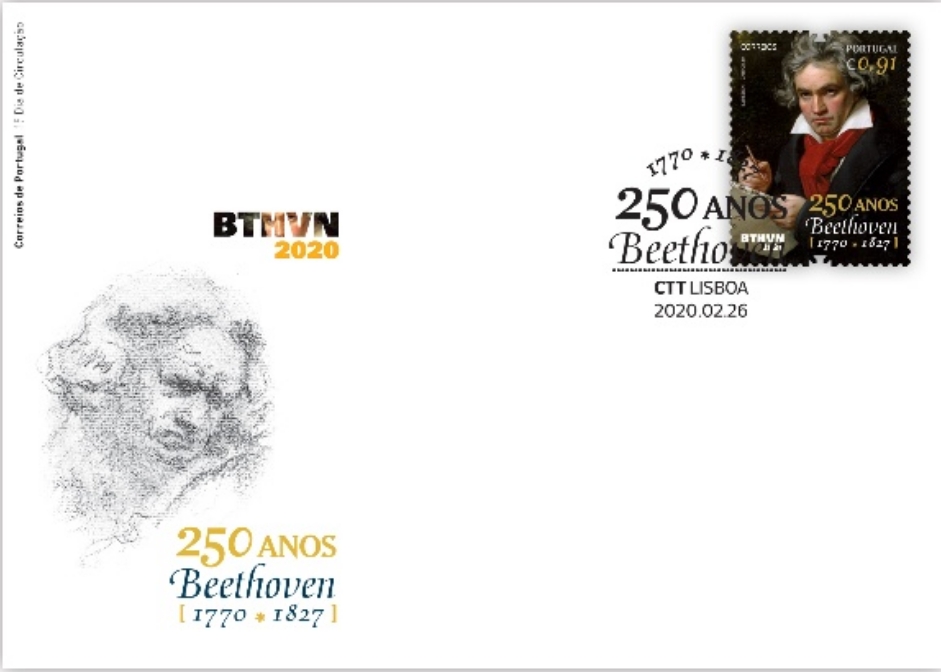 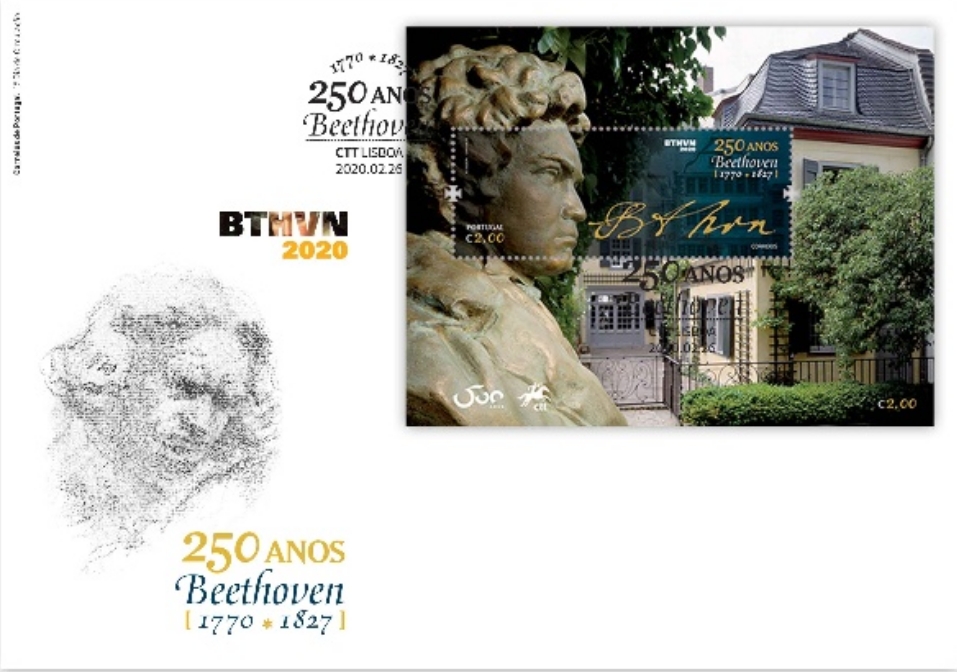 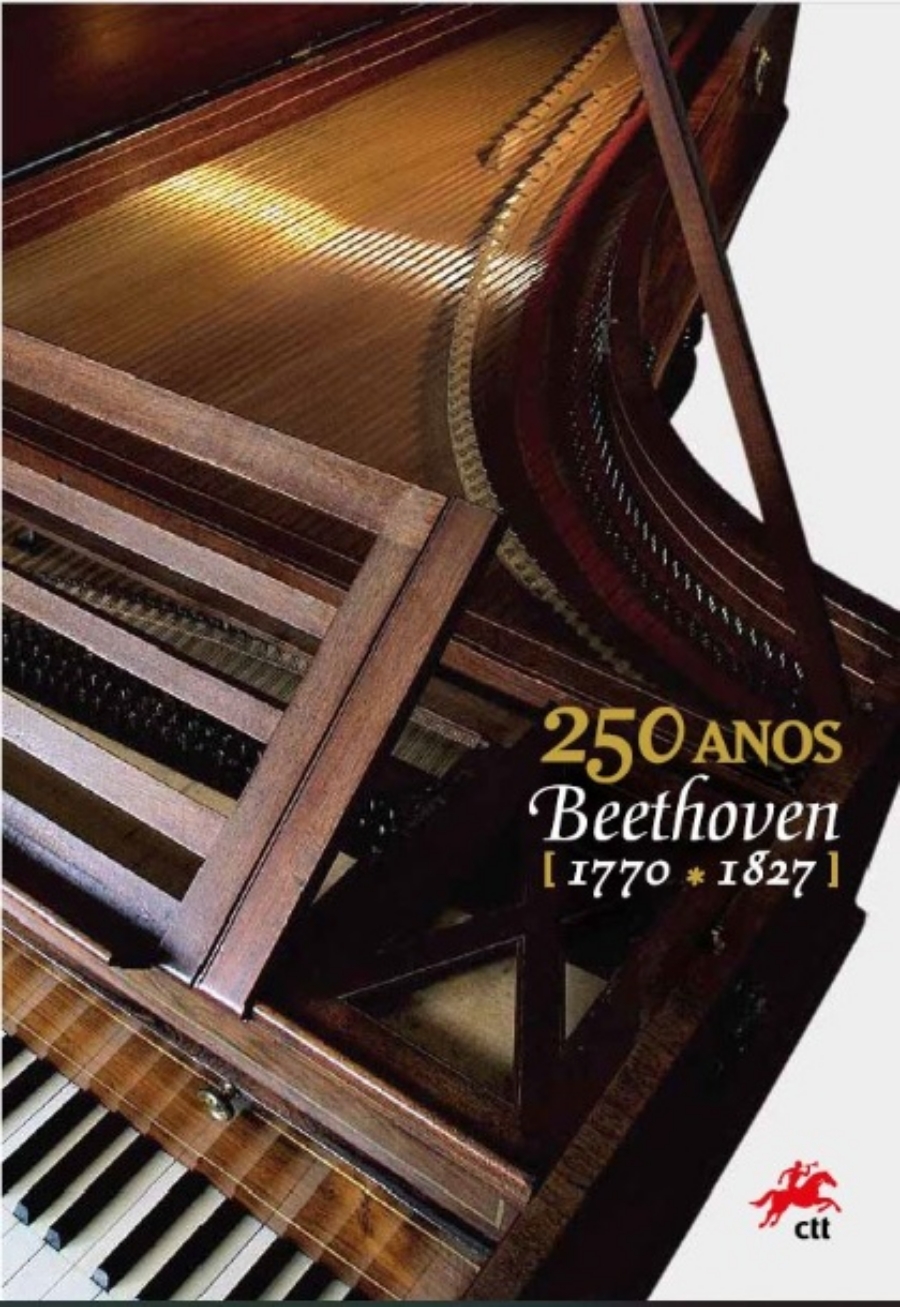 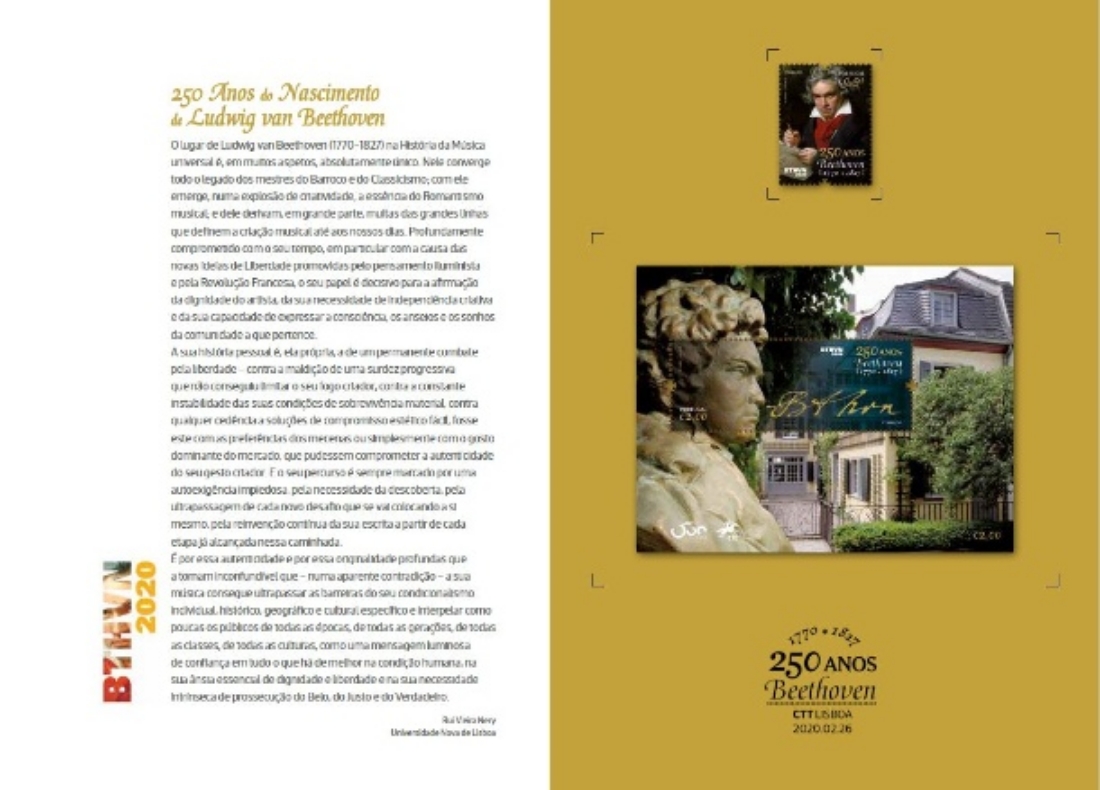 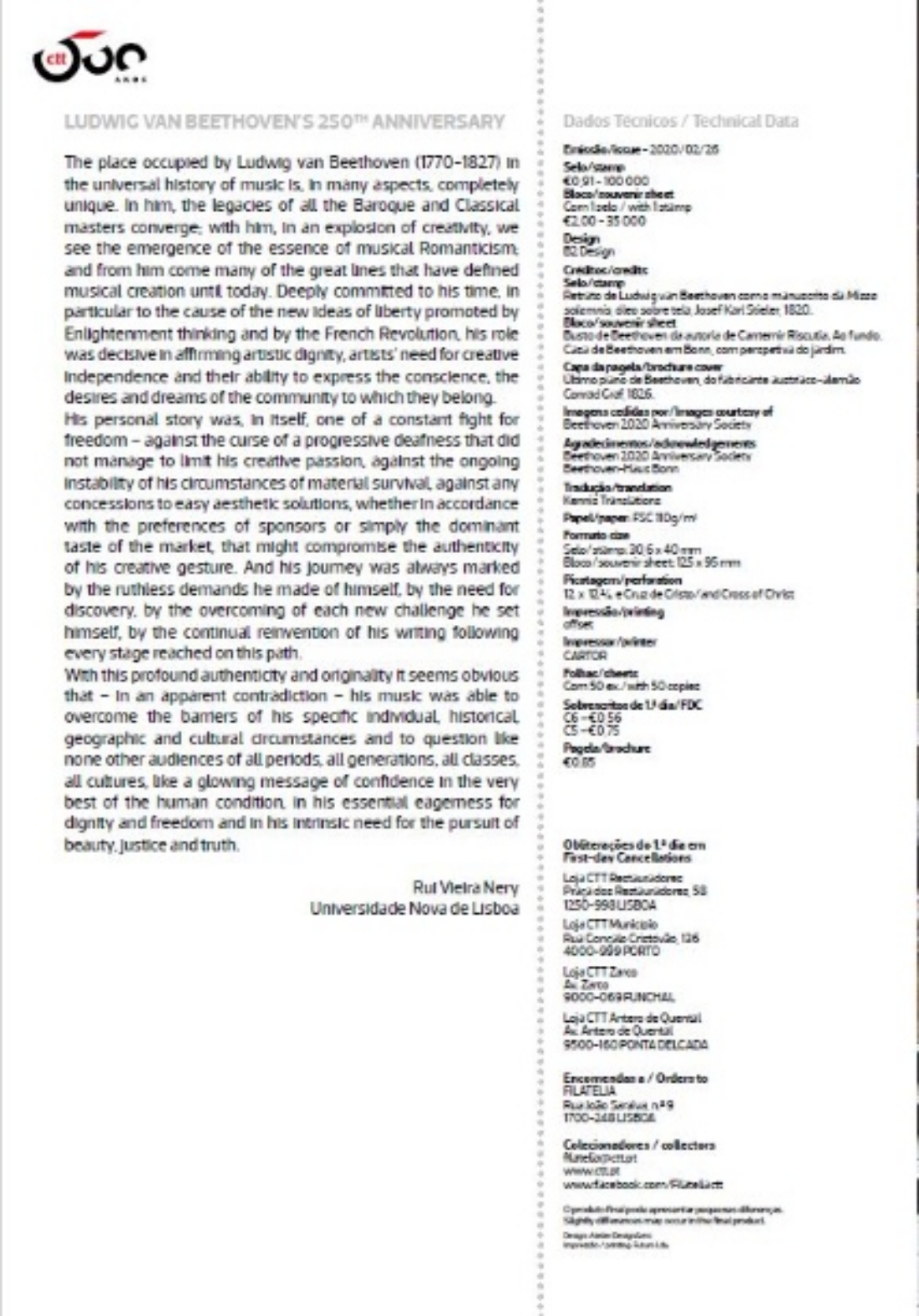