Passage of the Straits of Magellan 500th Anniversary 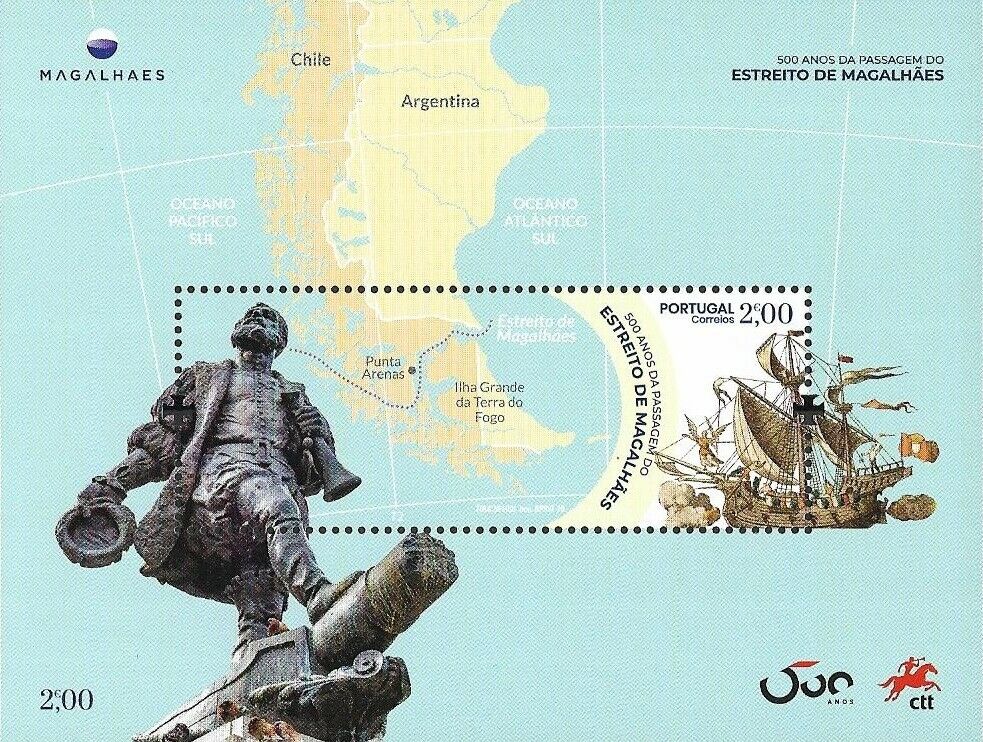 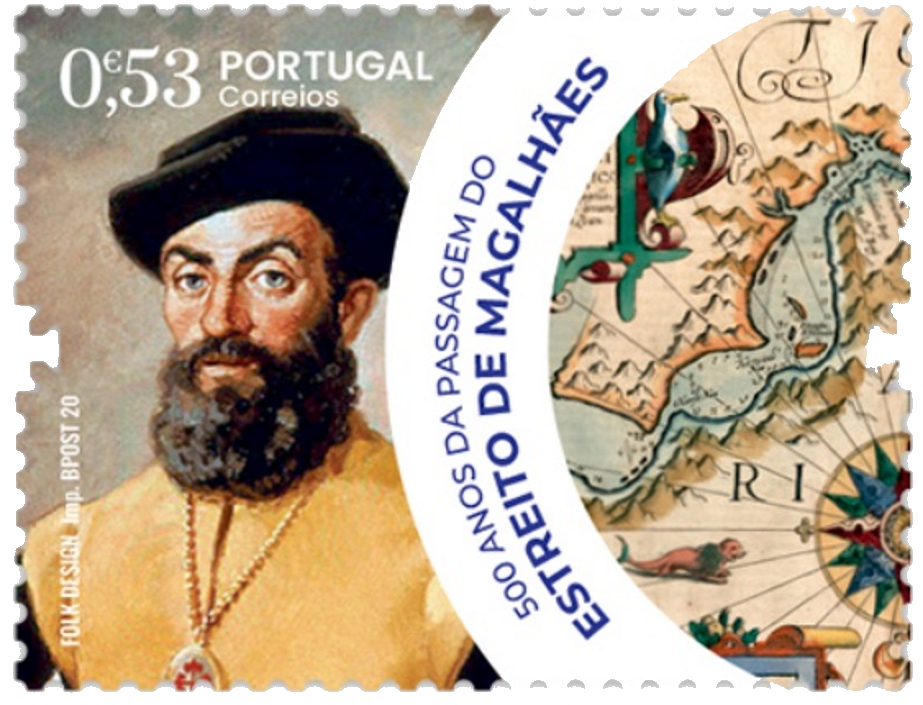 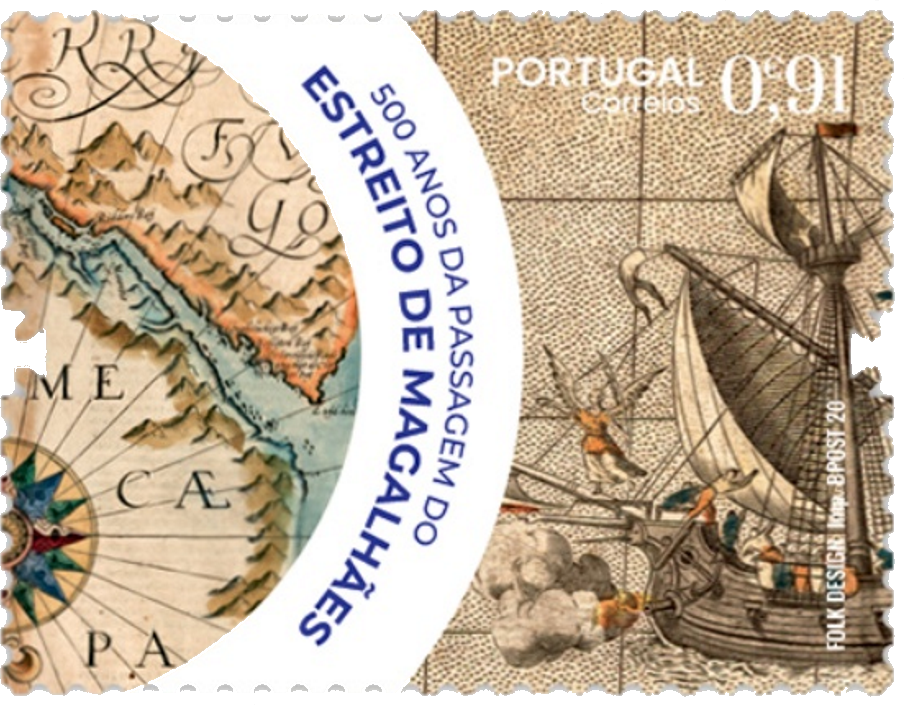 Ferdinand Magellan (Fernão de Magalhães in Portuguese, circa 1480 – 27 April 1521) was a Portuguese explorer who organised the Spanish expedition to the East Indies from 1519 to 1522, resulting in the first circumnavigation of the Earth, which was completed by Juan Sebastián Elcano.

Born around 1480 into a family of minor Portuguese nobility, Magellan became a skilled sailor and naval officer and was in service of the Portuguese crown in Asia. After King Manuel I of Portugal refused to support his plan to reach India by a new route, by sailing around the southern end of the South American continent, he was eventually selected by King Charles I of Spain to search for a westward route to the Maluku Islands (the “Spice Islands”). Commanding a fleet of five vessels, he headed south through the Atlantic Ocean to Patagonia. Despite a series of storms and mutinies, they made it through the Strait of Magellan into a body of water he named the “peaceful sea” (the modern Pacific Ocean). The expedition reached the Philippine islands, where Magellan was killed during the Battle of Mactan. The expedition later reached the Spice Islands in 1521 and one of the surviving ships eventually returned home via the Indian Ocean, completing the first circuit of the globe.

Magellan had already reached the Malay Archipelago in Southeast Asia on previous voyages traveling east (from 1505 to 1511–1512). By visiting this area again but now travelling west, Magellan achieved a nearly complete personal circumnavigation of the globe for the first time in history. 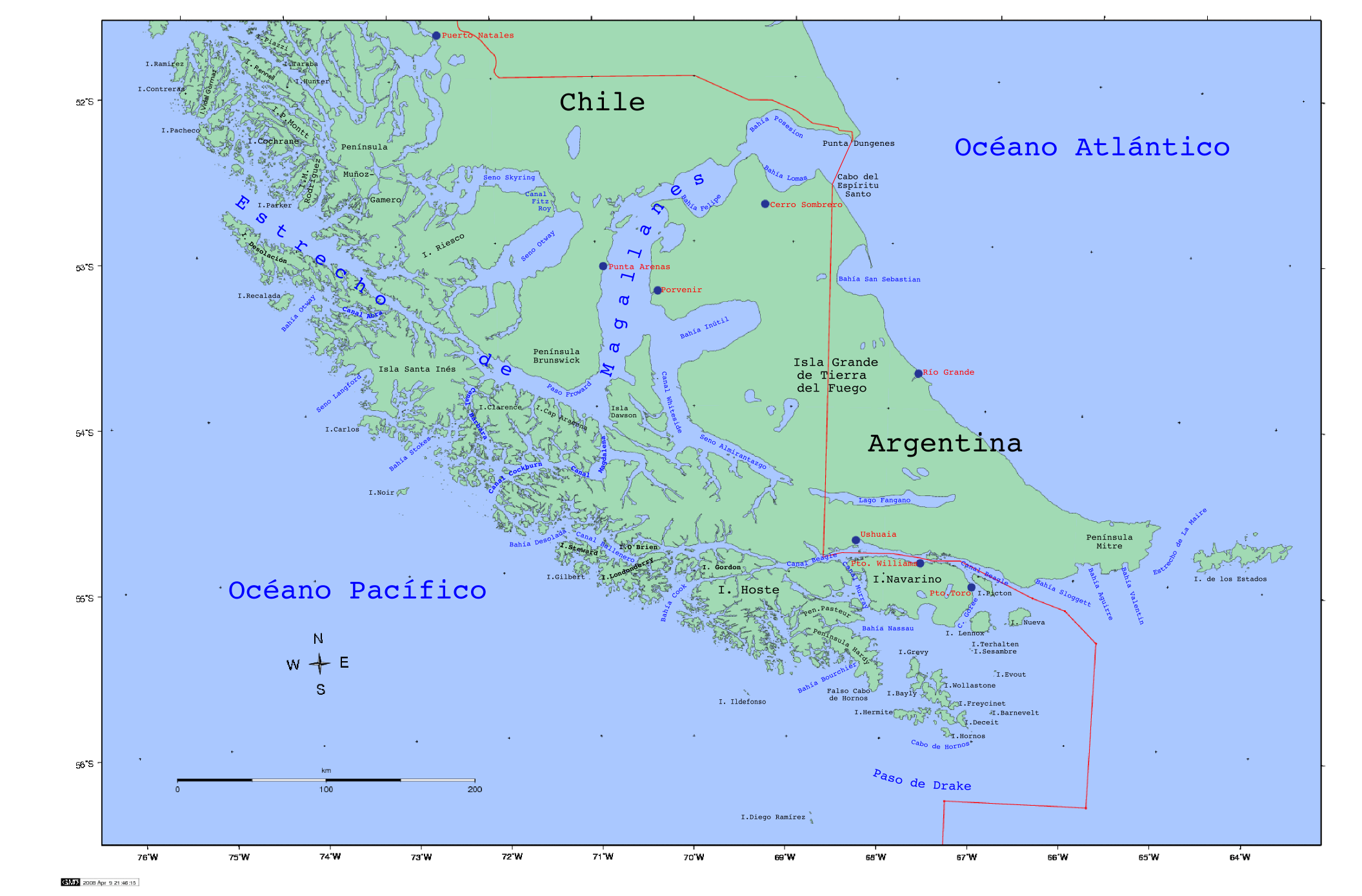 The Straits of Magellan (Estrecho de Magallanes in Spanish) is a navigable sea route in southern Chile separating mainland South America to the north and Tierra del Fuego to the south. The strait is considered the most important natural passage between the Atlantic and Pacific oceans. The route is difficult to navigate due to frequent narrows and unpredictable winds and currents. Maritime piloting is now compulsory. The strait is shorter and more sheltered than the Drake Passage, the often stormy open sea route around Cape Horn, which is beset by frequent gale-force winds and icebergs. Along with the Beagle Channel, the strait was one of the few sea routes between the Atlantic and Pacific before the construction of the Panama Canal.

Expeditionaries led by Ferdinand Magellan became the first Europeans to navigate the strait in 1520 during their global circumnavigation voyage. On 22 March 1518, the expedition was organized in Valladolid, naming Magellan captain general of the fleet and governor of all the lands discovered, and establishing the privileges of Magellan and his business associate Rui Faleiro. The fleet would become known as the Armada de las Molucas (Fleet of the Moluccas). The expeditionary fleet of five ships set sail from Sanlúcar de Barrameda on 20 September 1519.

Before the passage of the strait (and after the mutiny in Puerto San Julián), Álvaro de Mesquita became captain of the San Antonio, and Duarte Barbosa of the Victoria. Later, Serrão became captain of the Concepcion (the Santiago, sent on a mission to find the passage, was caught in a storm and wrecked). San Antonio, charged to explore Magdalen Sound, failed to return to the fleet, instead sailing back to Spain under Estêvão Gomes, who imprisoned the captain Mesquita.

Magellan’s ships entered the strait on 1 November 1520, All Saints’ Day. Magellan planted a flag and claimed the land on behalf of the King of Spain. It was initially called Estrecho de Todos los Santos (“Strait of All Saints”). Magellan’s chronicler, Antonio Pigafetta, called it the Patagonian Strait, and others Victoria Strait, commemorating the first ship that entered. Within seven years, Charles V — the financier of the Magellan exploration — had changed the name to Estrecho de Magallanes in honor of Magellan. The Spanish Empire and the Captaincy General of Chile used it as the southern boundary of their territory. 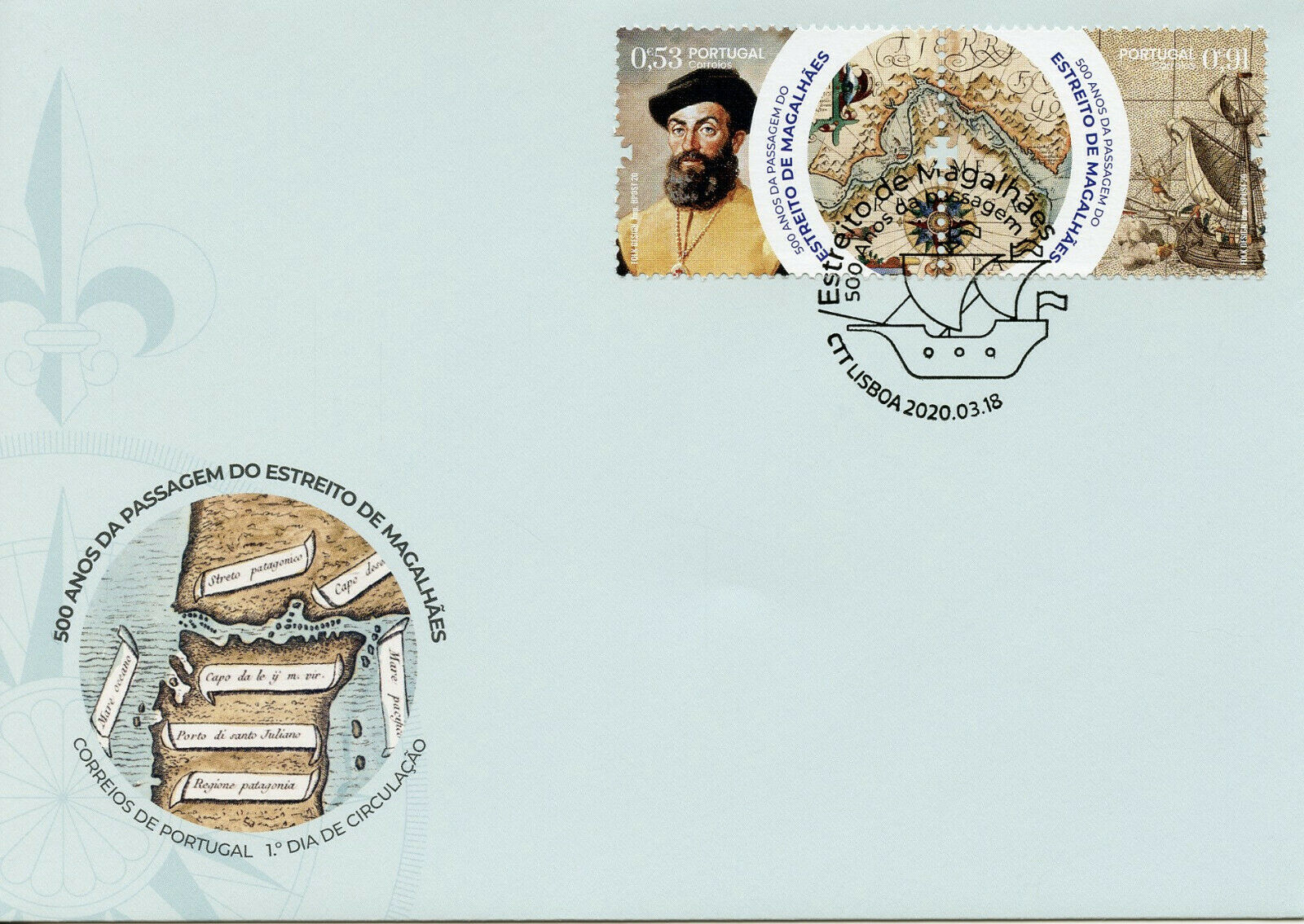 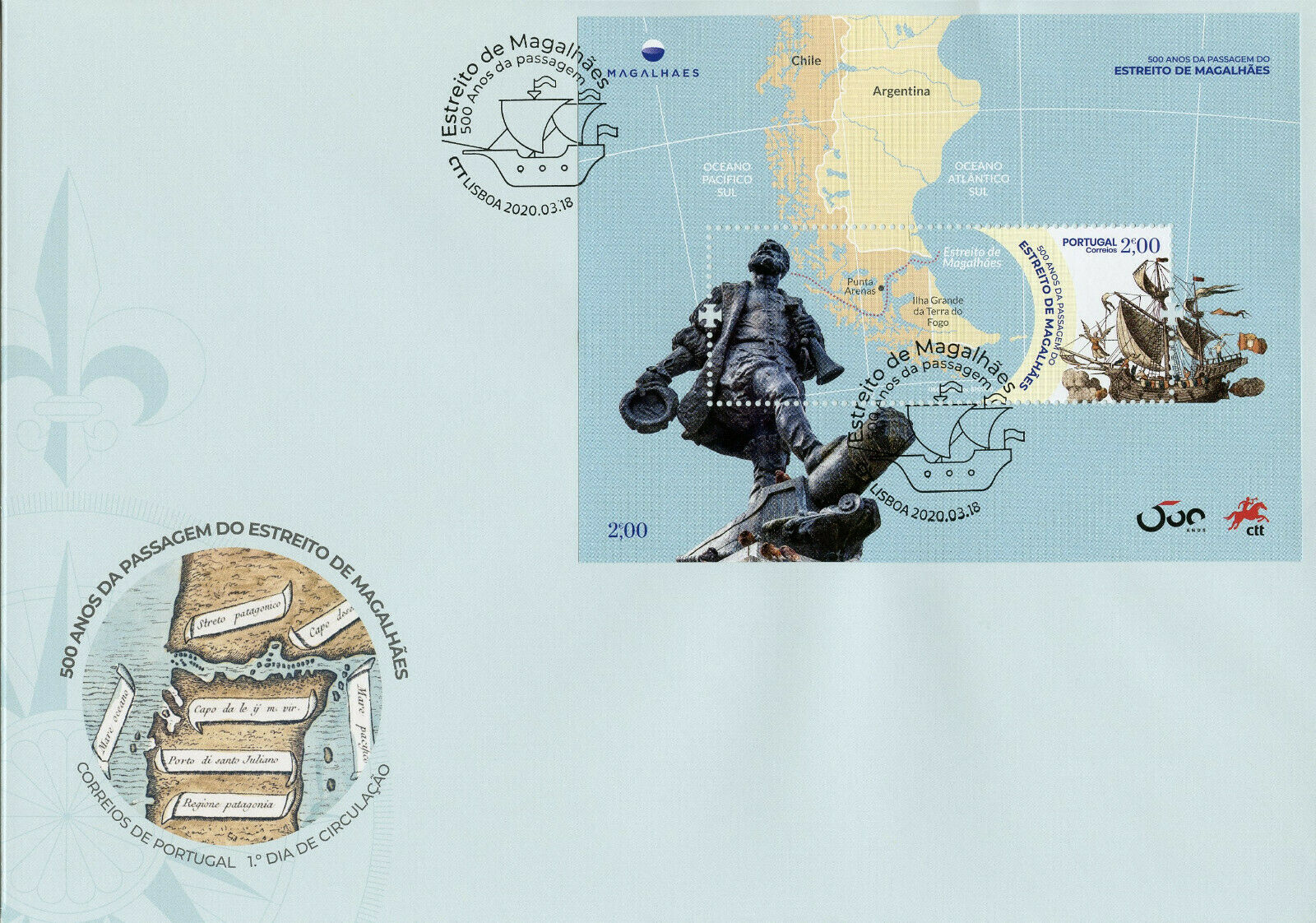 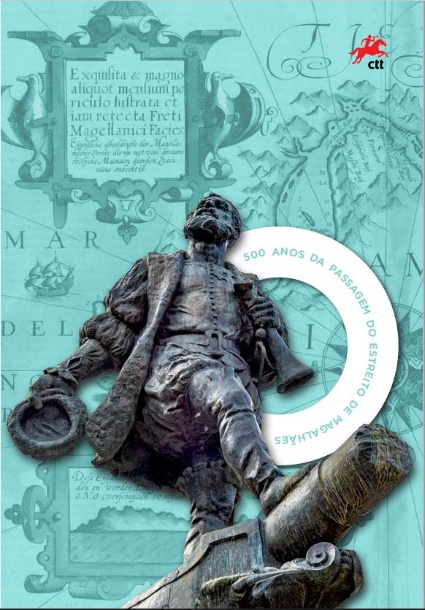 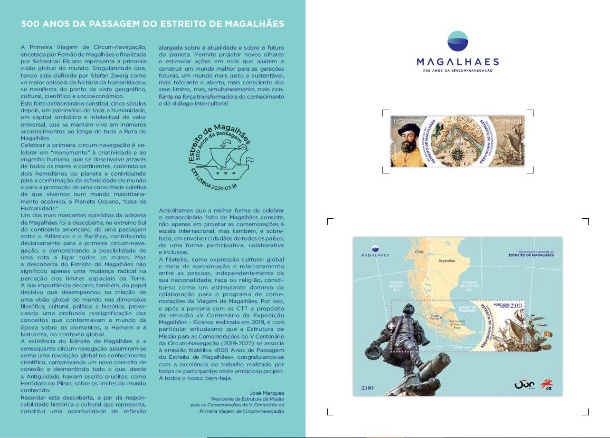 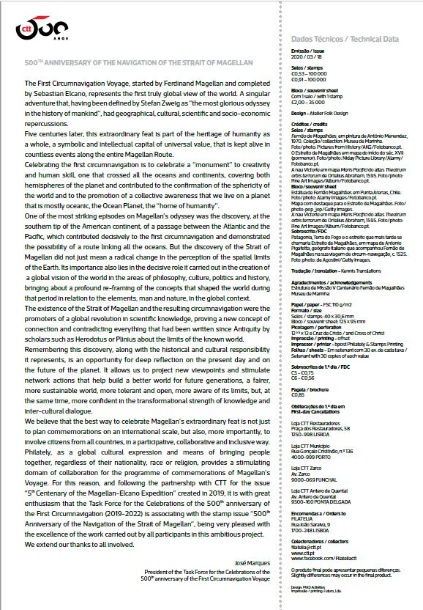