SEPAC 2020 — Artwork in the National Collection 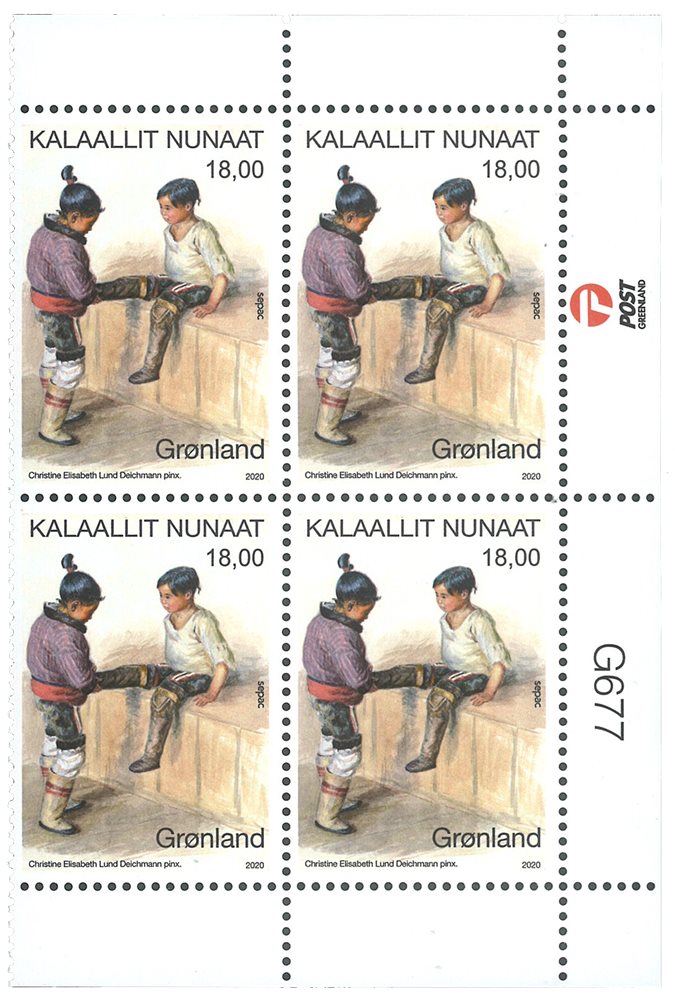 Every other year from 2007 to 2012, and every year since 2013, the Sepac countries have issued a stamp as part of a joint series. Sepac stamps are characterised by the special Sepac logo, which is incorporated into their design. The joint theme changes from year to year. The 2020 joint Sepac theme is ’Artworks in National Collections’.

The Painter and her Importance
Christine Elisabeth Lund Deichmann (1869 – 1945) was one of the first female students to attend the Royal Danish Academy of Fine Arts in Copenhagen. She was accepted to study at the academy of fine arts at the age of just thirteen, where she would paint and study for twelve years until she married Doctor Henrik Deichmann in 1894. The couple’s only child, a daughter whom they named Elisabeth, was born during the summer of 1896. The family lived in Greenland from 1901 to 1910, where her husband was the district doctor for Qaqortoq, Sisimiut and Uummannaq. As the wife of their doctor, Christine Deichmann was able to study closely the local populations of various locations in Greenland. This led to a prolific production of everyday portraits. She also painted many watercolours and drew many pictures of landscapes and animal life. Christine Deichmann’s most famous images from Greenland depicted Greenlanders’ everyday life, in which she was very interested. Christine Deichmann was a well-known artist during her own lifetime. 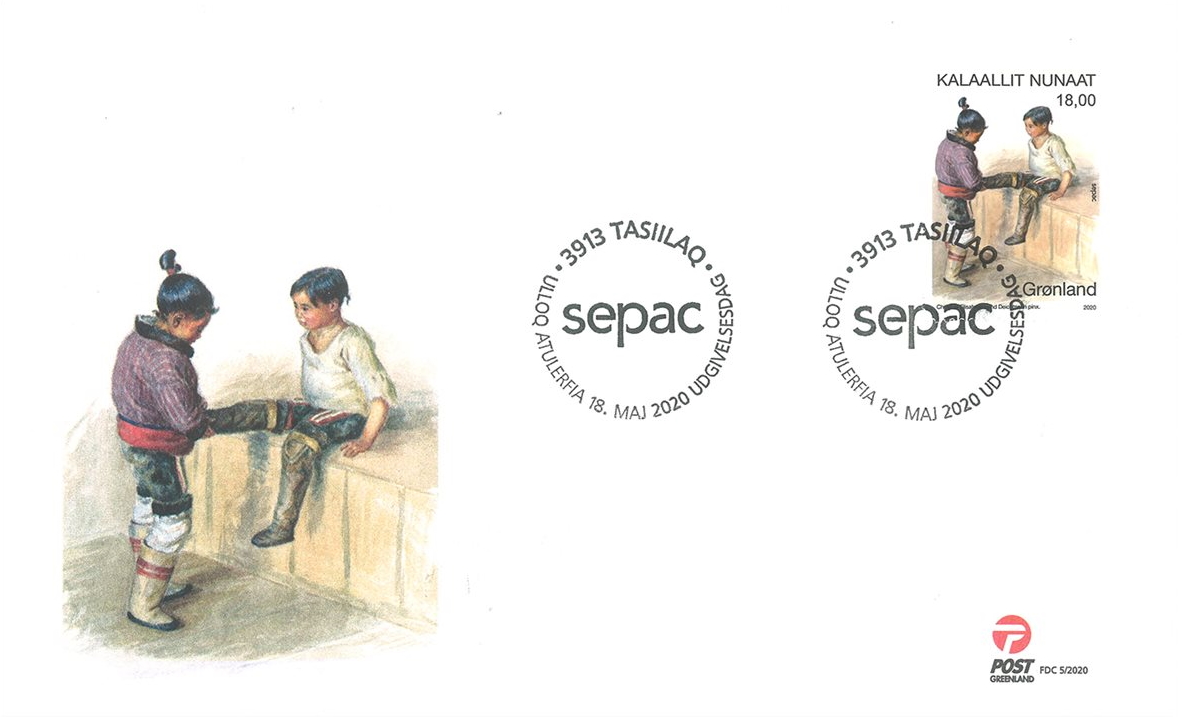 Over the course of her career she exhibited in Denmark, Sweden and Italy, doing so from 1898 to 1931, always as part of prominent contemporary art exhibitions. When she was widowed in 1939, she followed in her daughter’s footsteps and emigrated to the USA, where she lived until her death in 1945. She was buried in Copenhagen. Christine Deichmann is still considered an important artist in Greenland, as her naturalistic works portray family lives in Greenland just after the turn of the century. Reproductions of her art still appear on greetings cards, postcards and posters in Greenland and in Denmark. The Nuuk Art Museum and Greenland National Museum continue to exhibit her work. Her pictures are still sold at international auctions.
You can learn more about Christine Deichmann at www.nuukkunstmuseum.com.

True to tradition, a joint Sepac folder will be issued in September. This will contain one mint copy of each of the 13 Sepac members’ respective Sepac stamps of 2020. Our souvenir folder subscribers will receive this Sepac folder with the final subscription shipment that will be sent out on 6th November 2020. 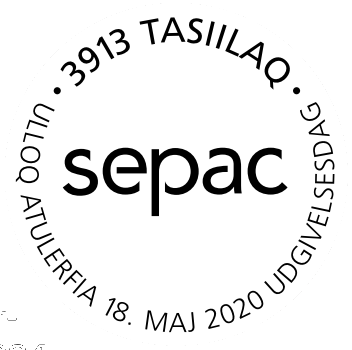