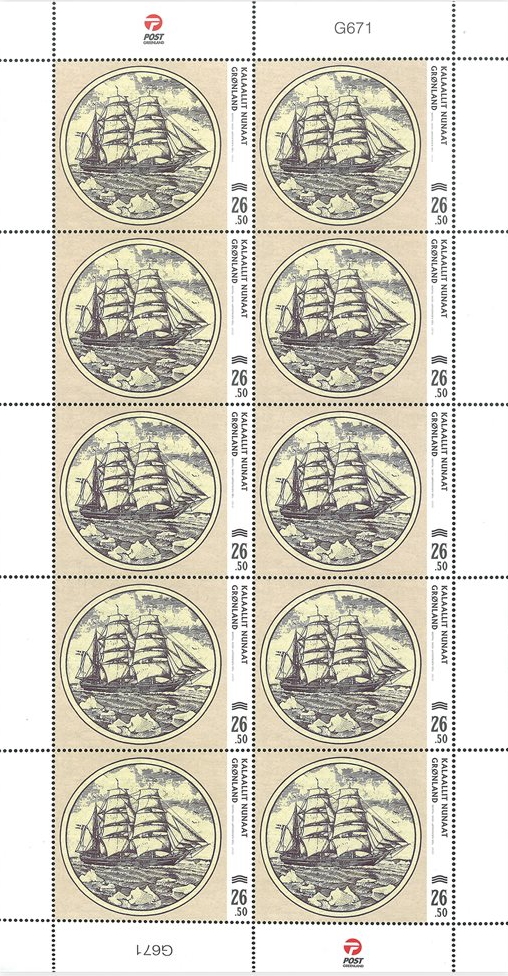 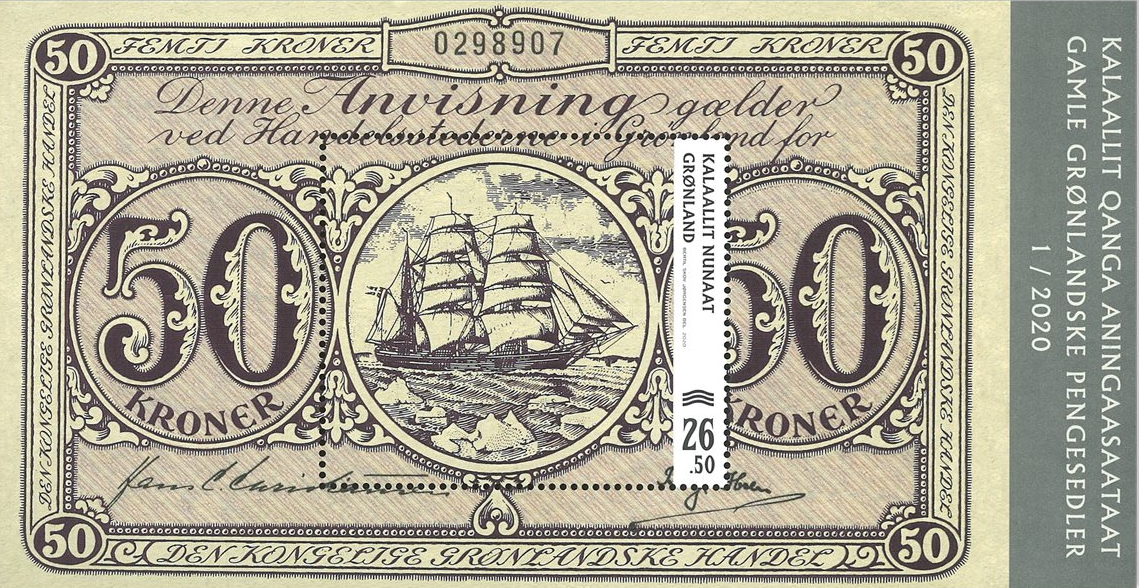 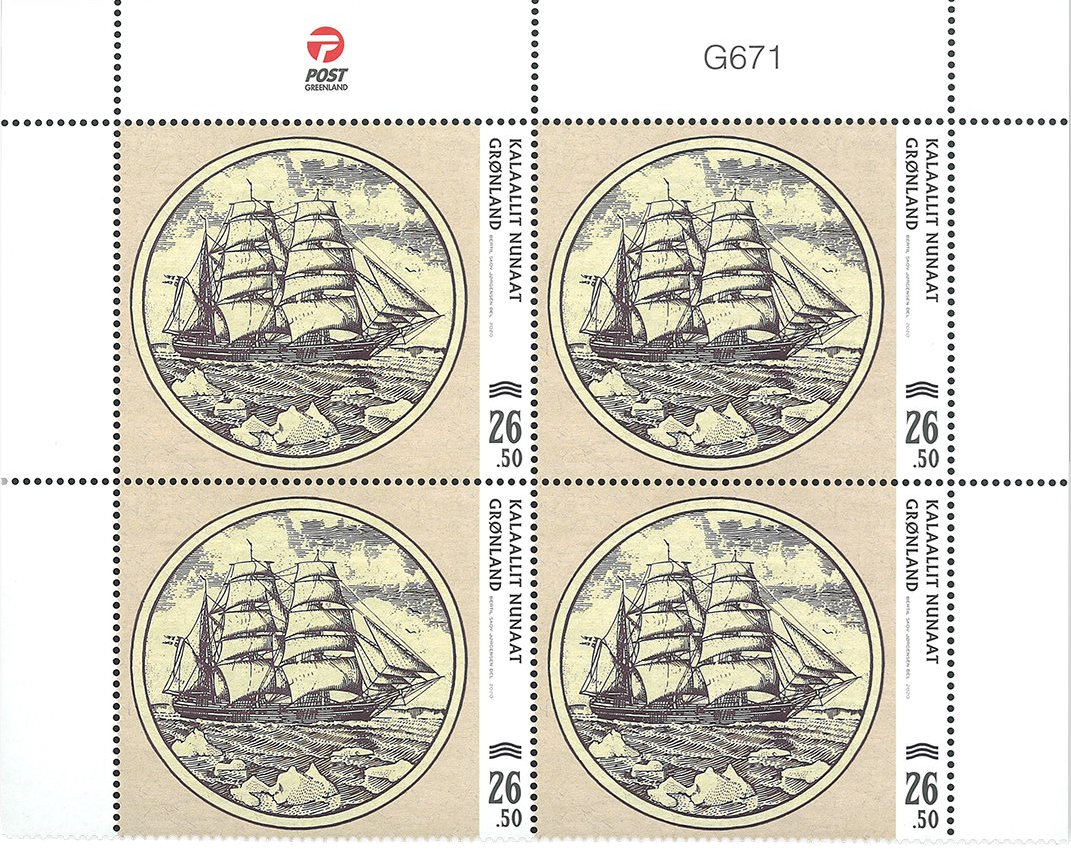 At the beginning of the twentieth century, KGH (Kongelige Grønlandske Handel – Royal Greenland Trading Department) started using special banknotes. These were printed in stone presses and were legal tender in Greenland’s trading posts.

All the stamps in this series were drawn and engraved by artist Bertil Skov Jørgensen. Historical material and original old banknotes stored in Denmark’s National Bank, at the National Museum in Copenhagen and in POST Greenland’s archives in Nuuk were used as sources for the artwork.

The stamps, which reproduce the bank note designs, are printed in combined offset and laser etching. The stamps are issued as full sheets and souvenir sheets. From 2017 to 2018, we issued four stamps, reproducing
banknotes that were issued in 1911. Last year, we released two stamps with designs from the 1953 series of notes. Our stamp series now continues with one more stamp that reproduces a banknote issued in 1953. Below, Danish coin and banknote expert, Flemming Lyngbeck Hansen, gives us his account from this interesting part of the story. 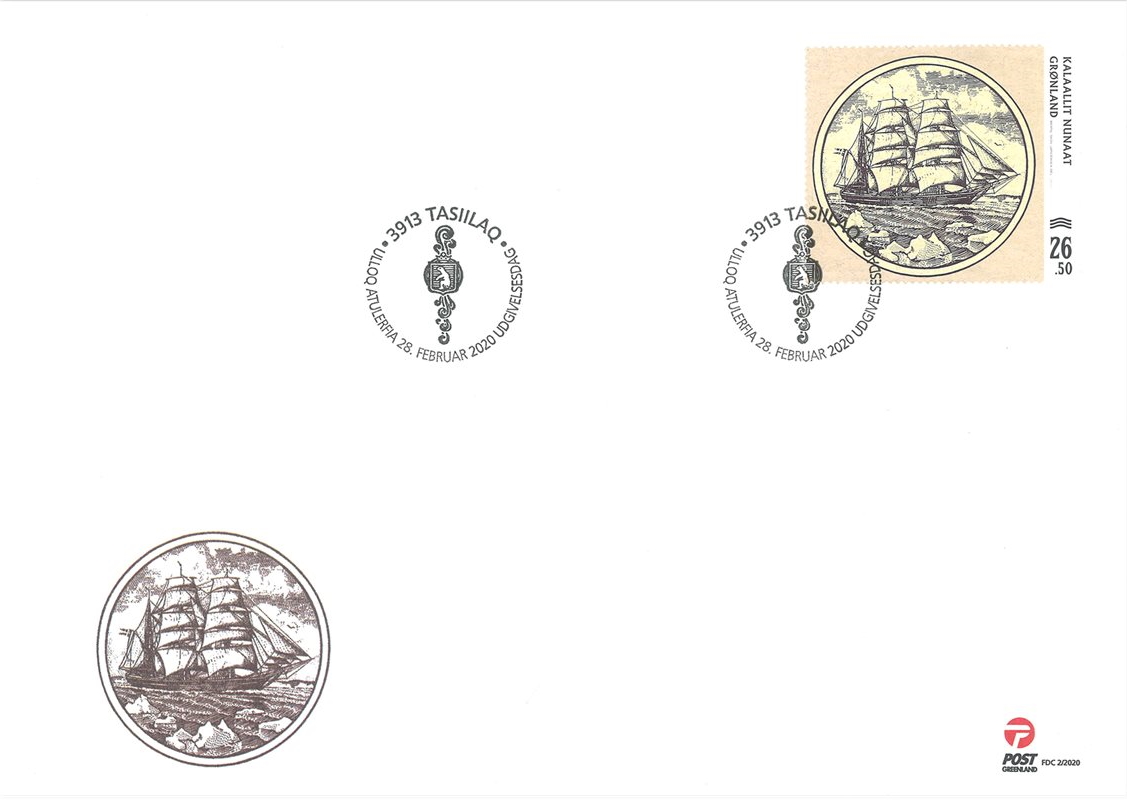 This year’s stamp for this series shows a 50 kroner note from 1953 with a central vignette depiction of a beautiful sailing ship, a bark.

KGH used this type of vessel for voyages between Denmark and Greenland at the end of the nineteenth and the beginning of the twentieth century. The ship that is depicted could, for example, be ’Nordlyset’ (Northern Lights) or ’Ceres’, two ships which were used for many years by KGH.

The ship vignette was originally used on the 50 kroner note in the series that was used from 1926 to 1945. The only difference between these and the 1953 series of notes is that the issuer has been changed from ’Grønlands Styrelse’ (the Agency for Greenland) to ’Den Kongelige Grønlandske Handel’. The signature to the left is that of Hans Christian Christiansen (1906-2001), who was KGH’s director from 1956 to 1976. The signature to the right is that of Børge Ibsen, KGH’s head of accounts. The notes were used until 1967, when they were replaced by standard Danish banknotes.

KGH was not wildly enthusiastic about this change, as it would involve a significant loss of interest if the company had to hold large reserves of Danish banknotes instead of its own referrals, which is the correct name for the Greenland banknotes, and which is also indicated on the banknotes themselves. The final stamp and souvenir sheet in the series about Greenland banknotes will be issued in 2021, with its very own history. 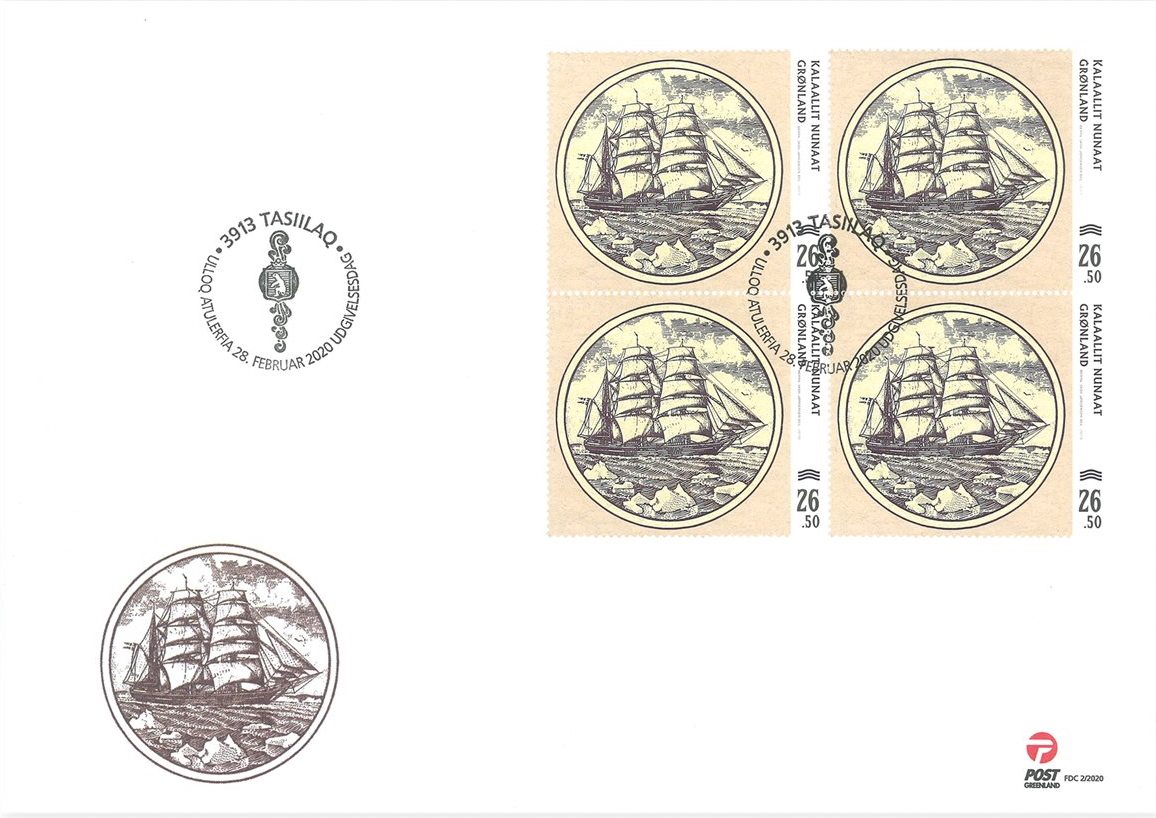 Bertil Skov Jørgensen was born in Kolding, southern Jutland, in 1968. He trained at the Royal Danish Academy of Fine Arts and has been learning the art of engraving since 2006, with the legendary Martin Mörck.

This series about old Greenlandic banknotes is the first series of stamps that Bertil Skov Jørgensen has designed for Greenland. Find out more at www.bertilskov.dk. 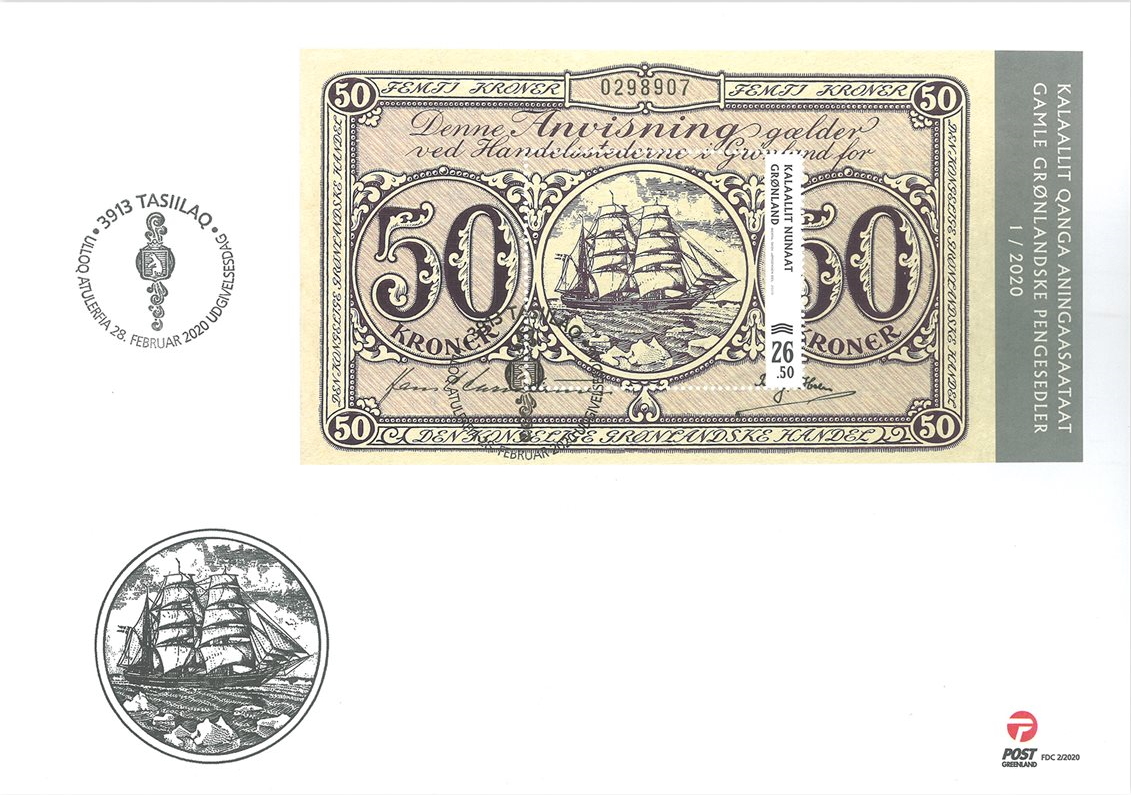 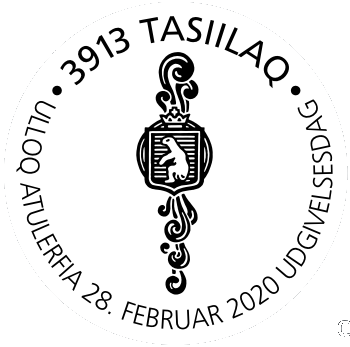