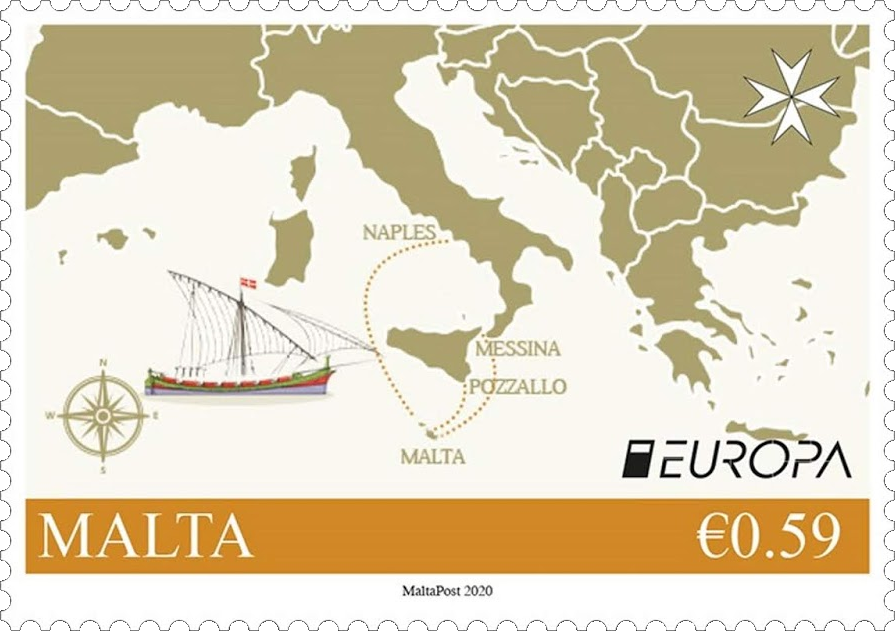 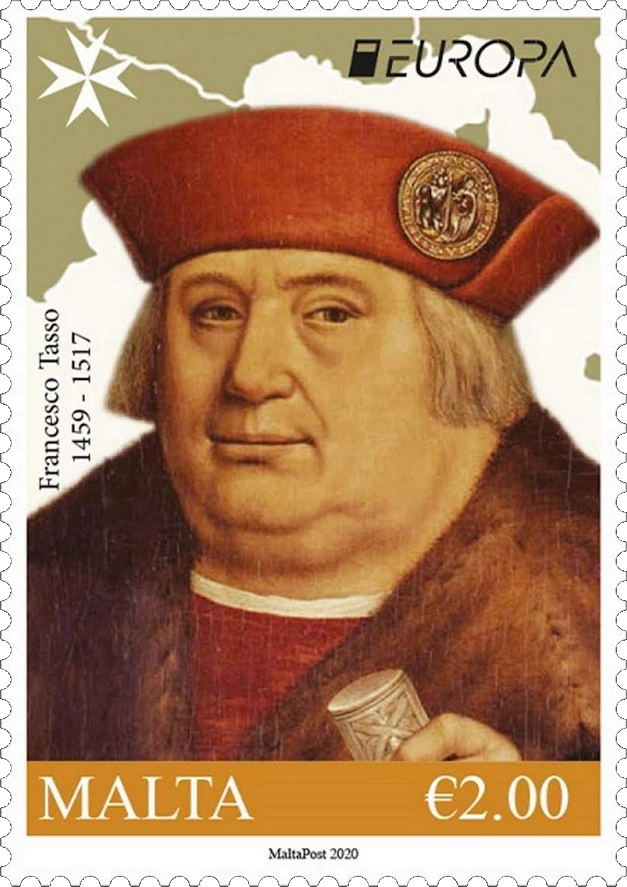 PostEurop is the trade association that has been representing European public postal operators since 1993. Its 52 members in 49 countries and territories collectively operate 175,000 retail counters, employ 2.1 million people and link 800 million people daily. One of PostEurop’s campaigns are the Europa stamps which are issued annually by European postal administrations. The theme for this year’s offering is ‘Ancient Postal Routes’.

Malta’s submissions focus on two stamps. The first stamp features a map of the Mediterranean Sea with Malta, Sicily and Italy at its core. Being an island, key naval routes are highlighted such as the Malta/ Pozzallo, Malta/ Messina and Malta/Naples routes. A vessel known as l-Ixprunara or ‘speronara’ feature on the left-hand side.

These small merchant vessels originated in Malta and became a popular means of marine transport. Using both sail and oars they were swift and convenient, ferrying passengers and cargo (including mail) around the Mediterranean.

The second stamp bears a portrait of Francisco de Tassis who was a 15th century pioneer of the postal service in Europe and tasked by Emperor Maximillian I to reform the courier system in Burgundy and the Netherlands. In time, this new postal system grew as deTassis founded new postal stations in major European cities, thereby guaranteeing a complete service over the years. De Tassis commercialised this service by establishing fast and stable connections which evolved into the globalised postal network service we have today. His portrait portrays him as a successful entrepreneur complete with symbols of his role and standing in society – a letter, coins and a cylindrical postal container. 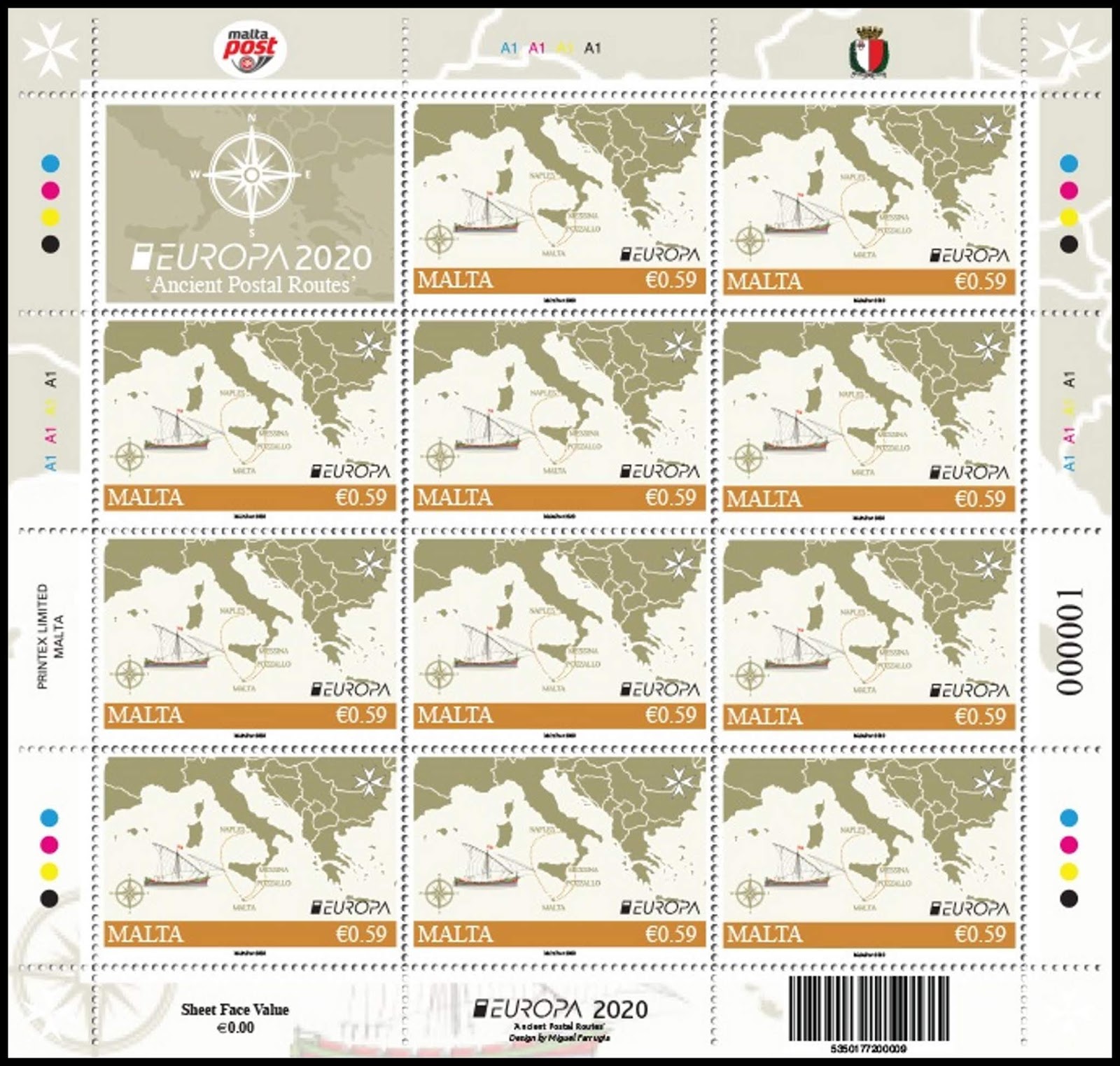 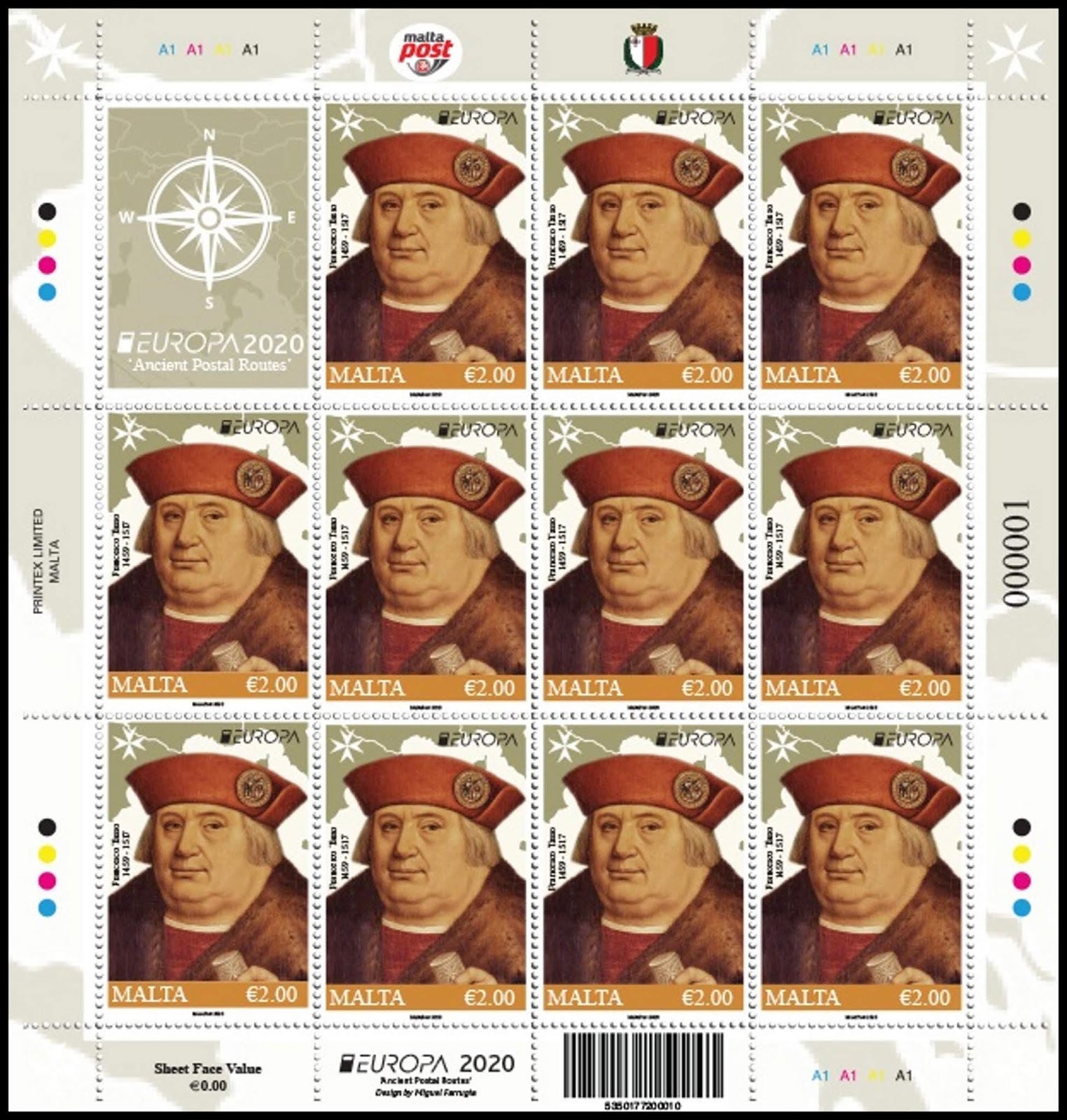 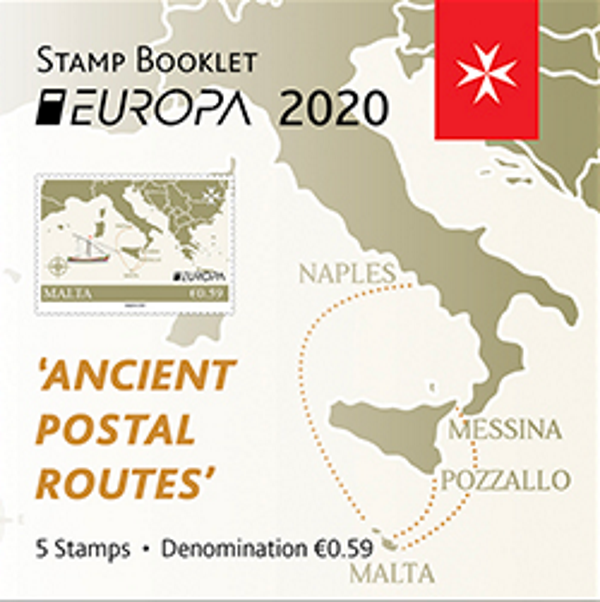 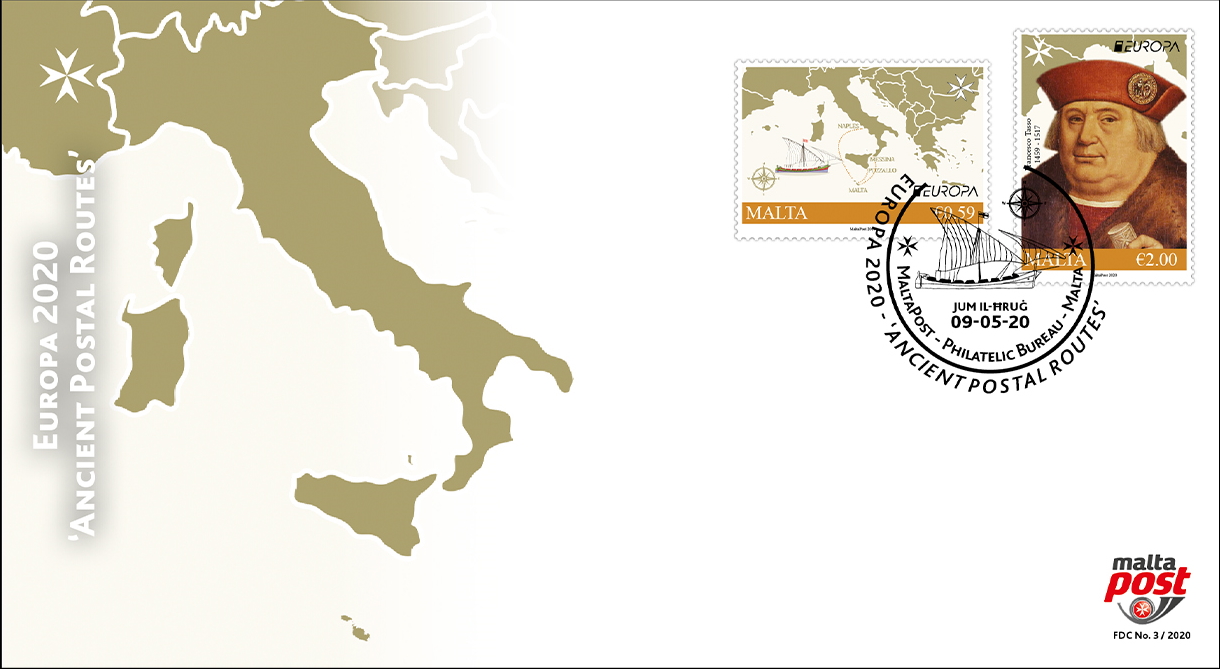