Theme: The United Nations is an international organization, and was founded in 1945 by 51 countries. The UN is the successor to the League of Nations. The countries of the UN cooperate in the fields of international law, global security, preservation of human rights, development of the world economy and research into social and cultural developments. From 2019, our country will sit for two years in the UN Security Council, the highest body within the United Nations.

Stamp: Combination of the special ’75 years of the UN ‘logo and a photo of the UN headquarters in New York. 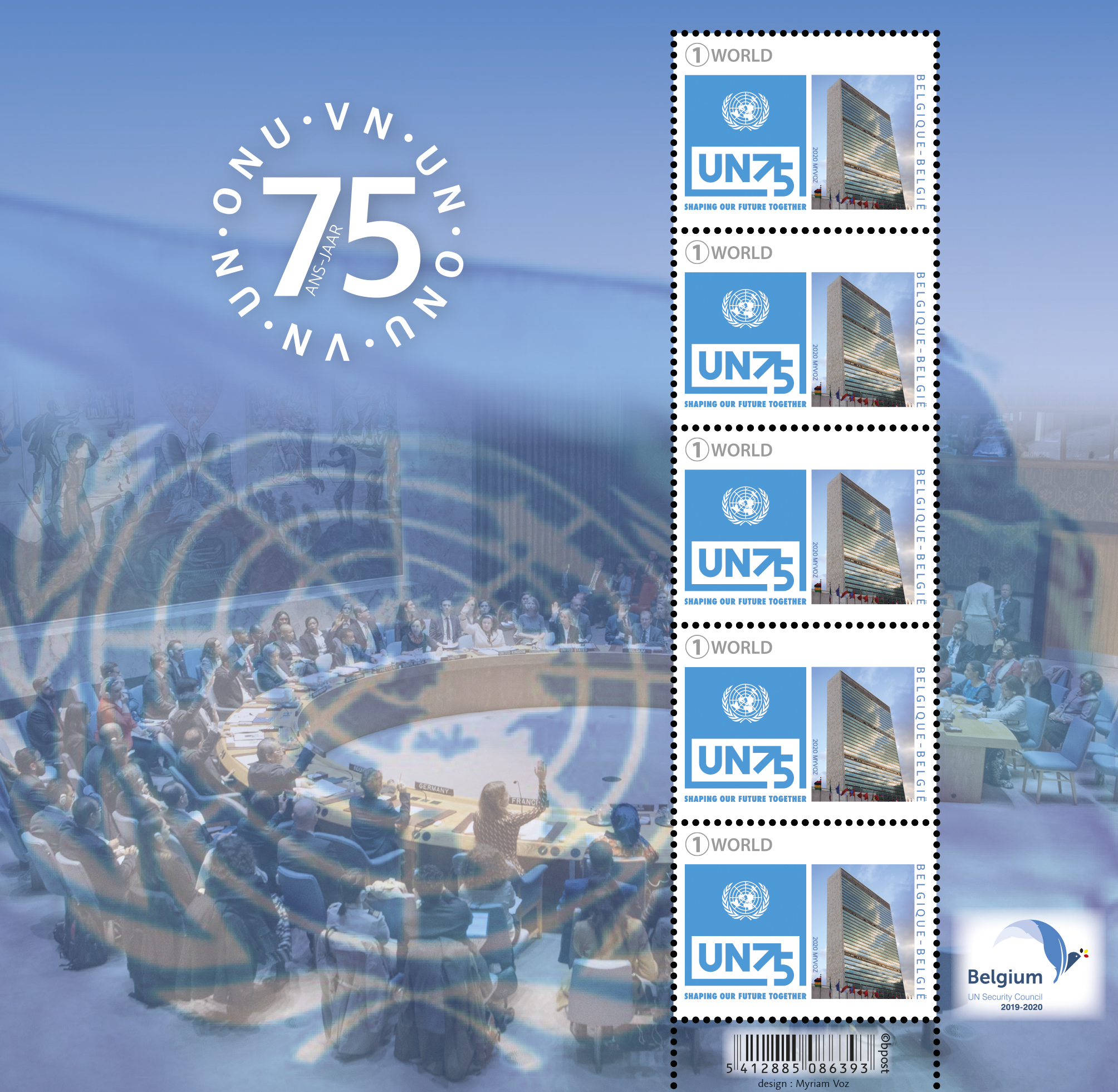 The United Nations is an international organization founded in 1945 after the Second World War by 51 countries committed to maintaining international peace and security, developing friendly relations among nations and promoting social progress, better living standards and human rights.

The UN has 4 main purposes:

It is the largest, most familiar, most internationally represented and most powerful intergovernmental organization in the world. The UN is headquartered on international territory in New York City; other main offices are in Geneva, Nairobi, Vienna and The Hague.

The UN was established after World War II with the aim of preventing future wars, succeeding the ineffective League of Nations. On 25 April 1945, 50 governments met in San Francisco for a conference and started drafting the UN Charter, which was adopted on 25 June 1945 and took effect on 24 October 1945, when the UN began operations. Pursuant to the Charter, the organization’s objectives include maintaining international peace and security, protecting human rights, delivering humanitarian aid, promoting sustainable development, and upholding international law. At its founding, the UN had 51 member states; this number grew to 193 in 2011, representing the vast majority of the world’s sovereign states. 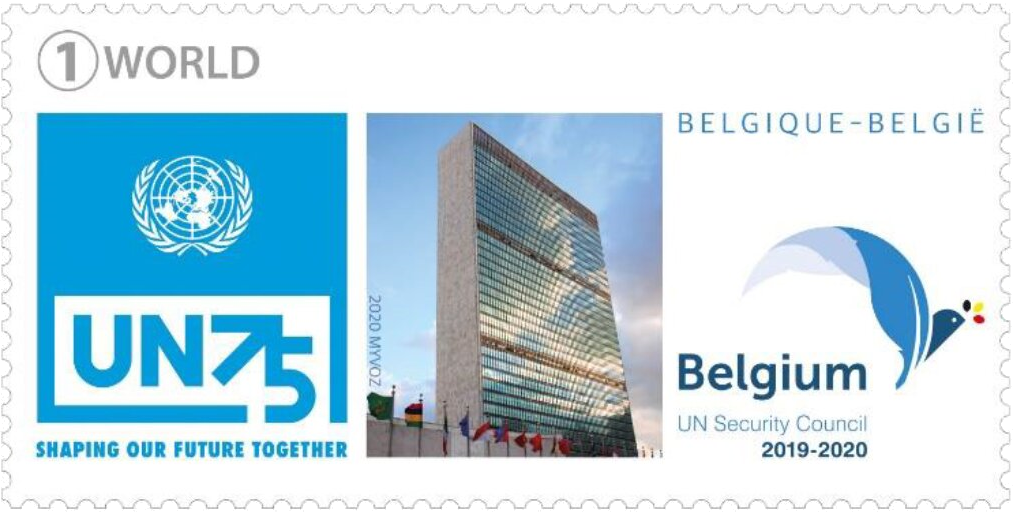 The organization’s mission to preserve world peace was complicated in its early decades by the Cold War between the United States and Soviet Union and their respective allies. Its missions have consisted primarily of unarmed military observers and lightly armed troops with primarily monitoring, reporting and confidence-building roles. UN membership grew significantly following widespread decolonization beginning in the 1960s. Since then, 80 former colonies have gained independence, including 11 trust territories that had been monitored by the Trusteeship Council. By the 1970s, the UN’s budget for economic and social development programmes far outstripped its spending on peacekeeping. After the end of the Cold War, the UN shifted and expanded its field operations, undertaking a wide variety of complex tasks.

The UN has six principal organs: the General Assembly; the Security Council; the Economic and Social Council (ECOSOC); the Trusteeship Council; the International Court of Justice; and the UN Secretariat. The UN System includes a multitude of specialized agencies, such as the World Bank Group, the World Health Organization, the World Food Programme, UNESCO, and UNICEF. Additionally, non-governmental organizations may be granted consultative status with ECOSOC and other agencies to participate in the UN’s work. The UN’s chief administrative officer is the Secretary-General, currently Portuguese politician and diplomat António Guterres, who began his five year-term on 1 January 2017. The organization is financed by assessed and voluntary contributions from its member states.

The UN, its officers, and its agencies have won many Nobel Peace Prizes, though other evaluations of its effectiveness have been mixed. Some commentators believe the organization to be an important force for peace and human development, while others have called it ineffective, biased, or corrupt. 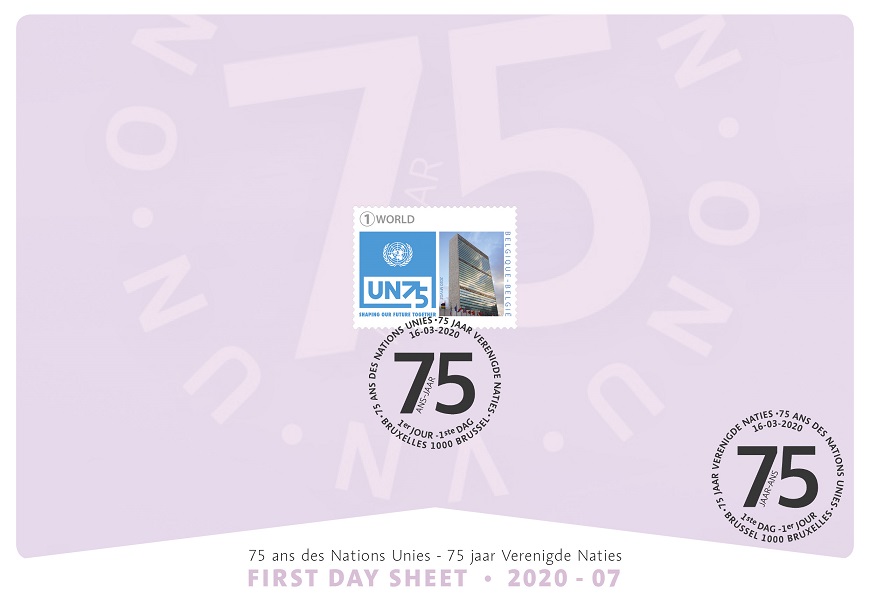