Theme: The pigeon sport is considered a typical Belgian tradition. In this issue we discuss the history of this tradition and the attributes that belong to the pigeon sport: pigeon lofts, pigeon breeds, etc. 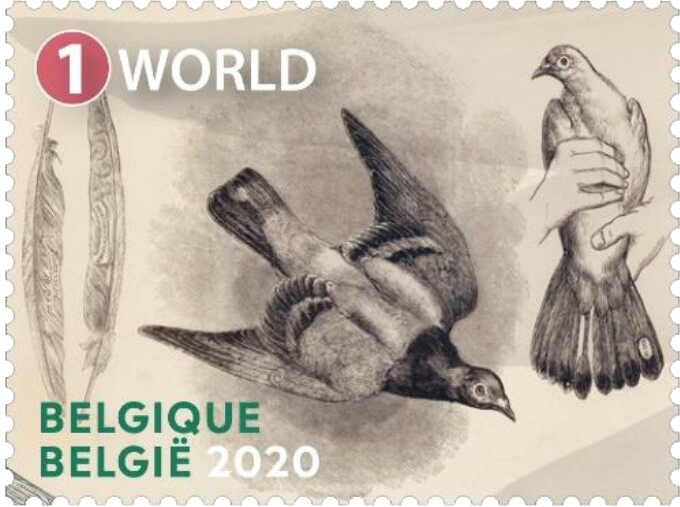 Pigeon racing is the sport of releasing specially trained racing pigeons, which then return to their homes over a carefully measured distance. The time it takes the animal to cover the specified distance is measured and the bird’s rate of travel is calculated and compared with all of the other pigeons in the race to determine which animal returned at the highest speed.

Pigeon racing requires a specific breed of pigeon bred for the sport, the Racing Homer. Competing pigeons are specially trained and conditioned for races that vary in distance from approximately 100 kilometres (62 mi) to 1,000 kilometres (620 mi). Despite these lengths, races can be won and lost by seconds, so many different timing and measuring devices have been developed. The traditional timing method involves rubber rings being placed into a specially designed clock, whereas a newer development uses RFID tags to record arrival time. 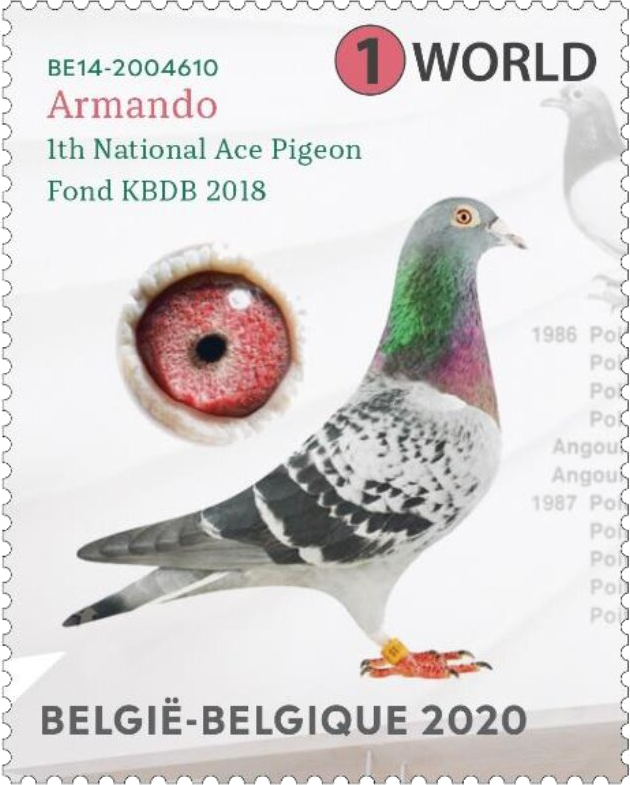 While there is no definite proof, there are compelling reasons to think the sport of racing pigeons may go back at least as far as 220 AD. The sport achieved a great deal of popularity in Belgium in the mid-19th century. The pigeon fanciers of Belgium were so taken with the hobby that they began to develop pigeons specially cultivated for fast flight and long endurance called Voyageurs. From Belgium the modern version of the sport and the Voyageurs which the Flemish fanciers developed spread to most parts of the world. Once quite popular, the sport has experienced a downturn in participants in some parts of the world in recent years, possibly due to the rising cost of living, ageing fanciers, and a severe lack of public interest. Hypersensitivity pneumonitis is also a reason why some people are leaving the sport.

One recent development in the sport of pigeon racing is “one loft racing”, where birds are raced against each other under the same training regimen, from the same location. The principle being to find the best individual race bird irrespective of the race trainer. This will determine which bird is then the most successful. 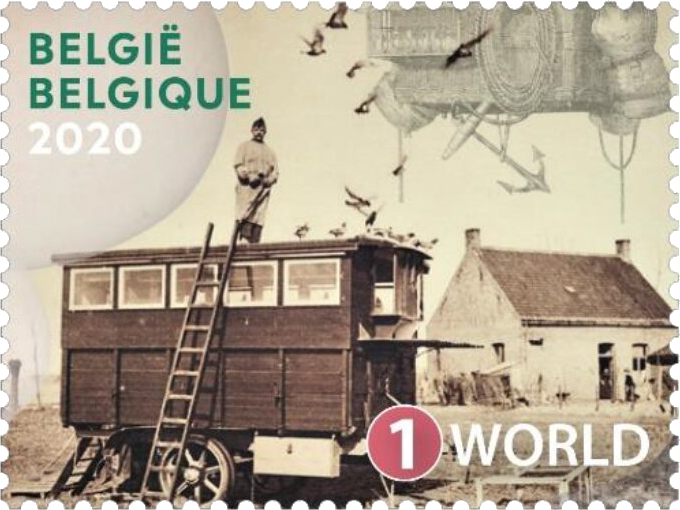 Pigeons are the oldest domesticated bird.[citation needed] The predecessors of modern-day racing pigeons were pigeons bred for their homing ability, primarily to carry messages. “Pigeon posts” have been established all over the world and while mainly used in the military, some are still in service today. Modern pigeon racing originated in Belgium in the mid 19th century.

The sport was aided by several new technologies of the era. The advent of the railroad permitted pigeons to be sent to distant release points quickly and at modest cost. In addition, the creation of mass-produced, sophisticated timing clocks brought accurate and secure timing to the sport. These clocks were designed with special compartments where an entry band, removed from the returning race bird was placed. When struck, the clock recorded the time and also placed the band in a compartment that could only be opened by race officials.

The importance of homing pigeons in the centuries before electronic communications, such as the telegraph and telephone, is seldom recognised. However, the Reuters News Agency, the world’s largest information provider, began as a pigeon service carrying closing stock prices between Belgium and Germany, basically between the western and eastern terminus of the telegraph in Europe. Also, the use of homing pigeons by financier Nathan Rothschild to gain advance news of Napoleon’s unexpected defeat at Waterloo is thought to have led to a fortune being made in the bond market of the day. 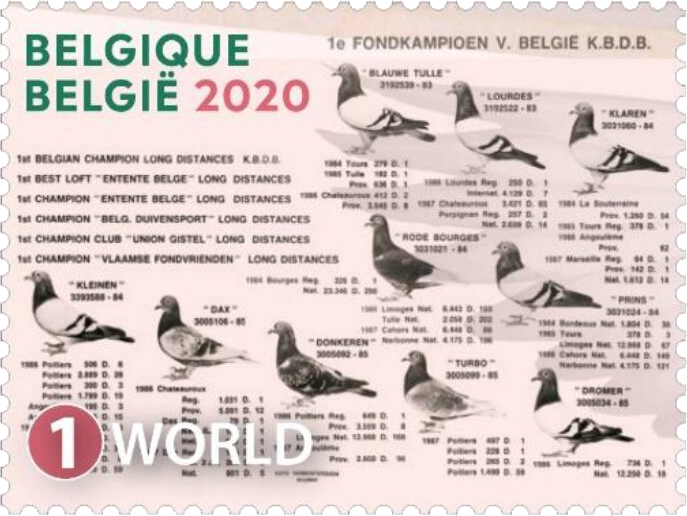 Pigeon racing has been described as a “sport with a single starting gate and a thousand finish lines.” In short, competing birds are taken from their lofts and must race home. The time taken and distance are recorded and the fastest bird is declared the winner. Races are generally between 100 kilometres (62 mi) and 1,000 kilometres (620 mi) in distance. In the United States flights of up to 1,800 kilometres (1,100 mi) have been recorded.

Provided it survives the many hazards associated with racing, a single pigeon could compete from about six months of age and still be in competition at over ten years of age. Such feats are uncommon, however, and the average racing career rarely exceeds three years.[citation needed] Hazards can also come from weather conditions on the day of the race. Pigeons can become grounded and disoriented, and therefore not finish the race. In one instance in Madison, Wisconsin, in 1941, a family found a pigeon on their property. Since the bird was sporting an identifying leg band, the Wisconsin Conservation Commission was called, who identified the owner as a man from Green Bay.

In the early days of racing, paint was used to identify birds for owners. Belgium then developed a ⅛-inch brass leg band, that was sent to racers in America to use. Since then, to compete in a race, it must wear a permanent, unique numbered ring or band that is placed on its leg at about five days old. For a race to be conducted, the competing pigeons must be entered into the race, usually at the organisation’s clubhouse, and taken away from their home to be released at a predetermined time and location. The distance between the bird’s home loft and the race point is carefully measured by GPS and the time taken by the bird to return is measured using one of the two acceptable timing methods. Sometimes in some leagues, there are two divisions: one for the young birds (usually yearlings in their first year of competition) and another for older birds. 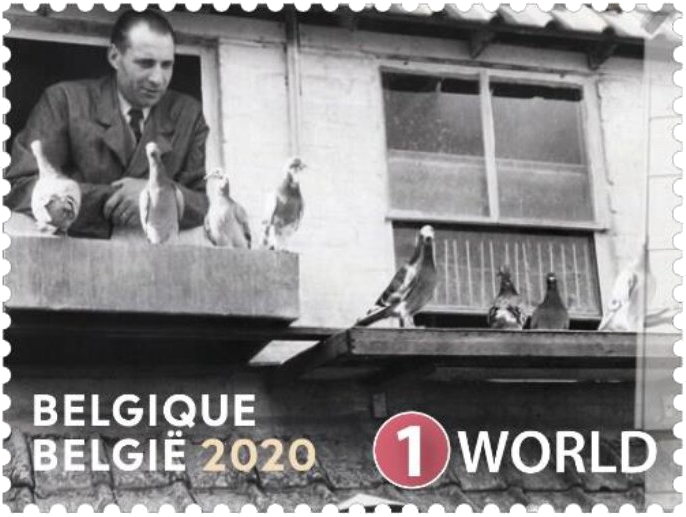 The Janssen Brothers (Louis, Charel, Arjaan and Sjef) are a famous and very successful pigeon racing family from Arendonk, Belgium. Louis Janssen, born 1912, was the last of the famous brothers. He died on 16 April 2013, at the age of 100. Descendants of the brothers pigeons can be found racing all around the world.

Another famous and successful Belgian pigeon fancier is Karel Meulemans. Karel, born in Retie, also lives in Arendonk. As often occurs in smaller communities there is much competition between the families Meulemans and Janssen. 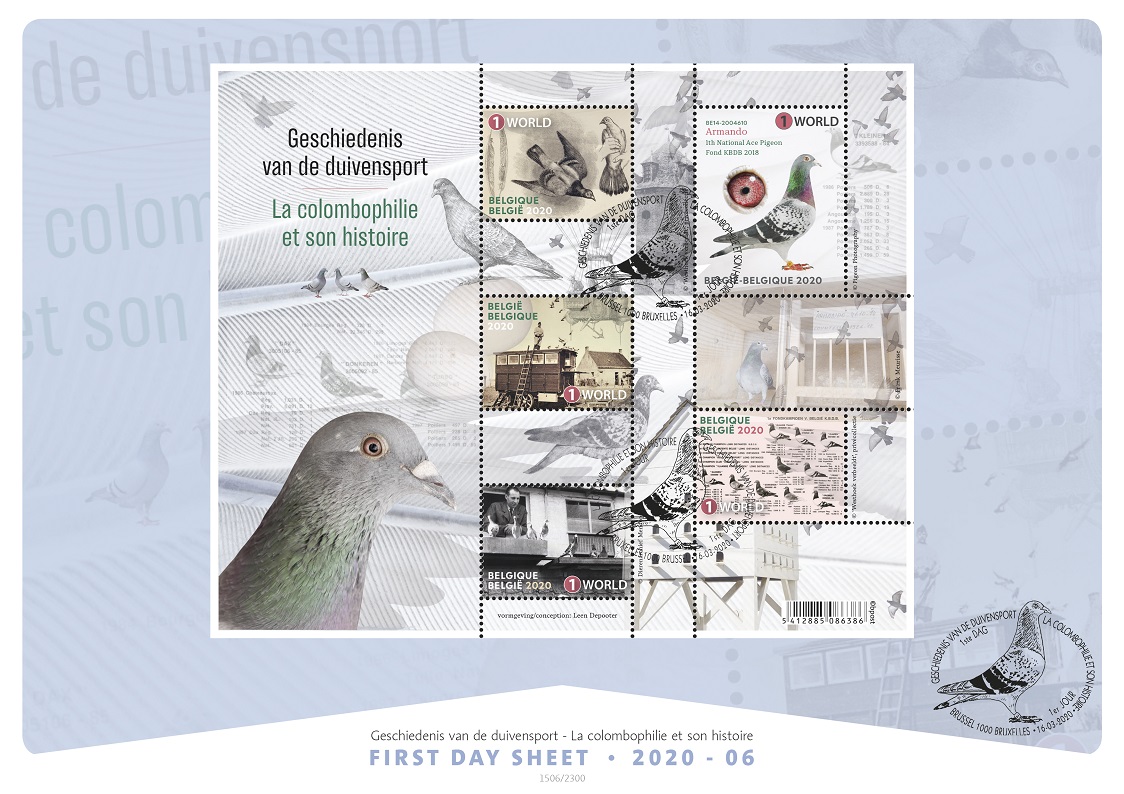