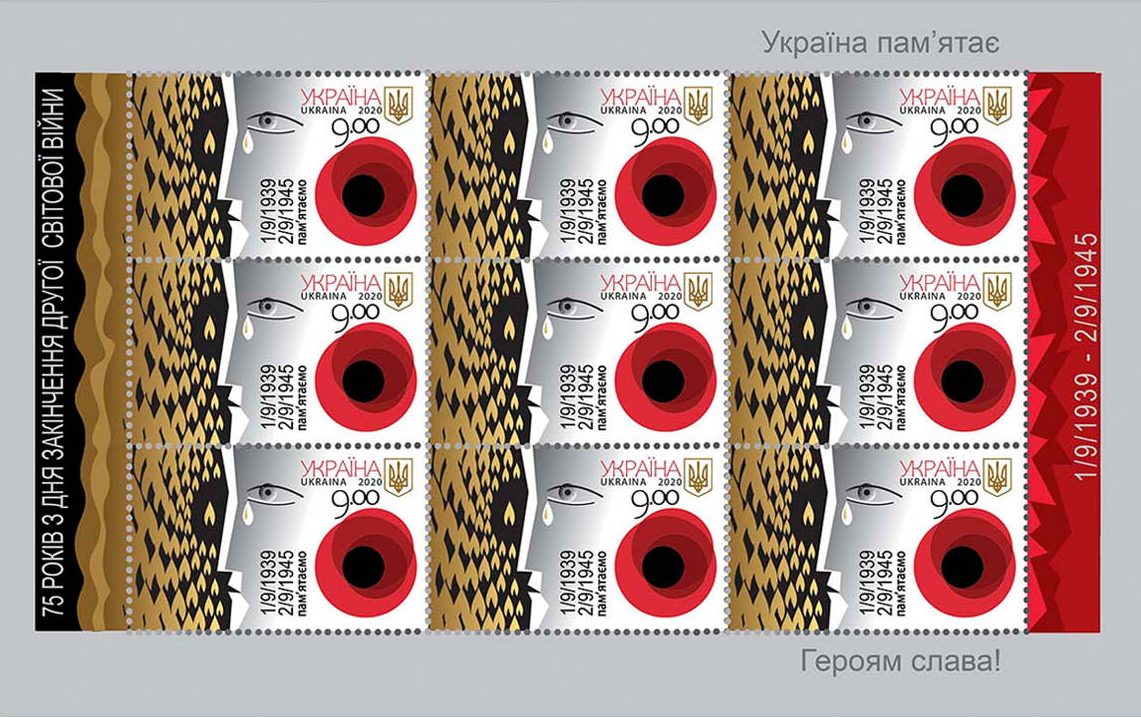 From the Press Release:

Traditionally, Ukrposhta celebrates significant events in Ukraine with the issue of thematic art postage stamps. This year, on the Day of Remembrance and Reconciliation, the company decided to honor the memory and exploits of veterans by issuing a postage stamp and an envelope “We remember. 1/9/1939 – 2/9/1945 ” , and offered to sign leaflets to Ukrainians as part of the All-Ukrainian charity event” Thank the veteran at a distance . ” From April 30 to May 9, the company website can write wishes and thanks to veterans, and UkrPoshta will print and deliver the card free of charge to one of the 12,000 veterans. Also on the site you can pay for a set of products and subscribe to periodicals for veterans. 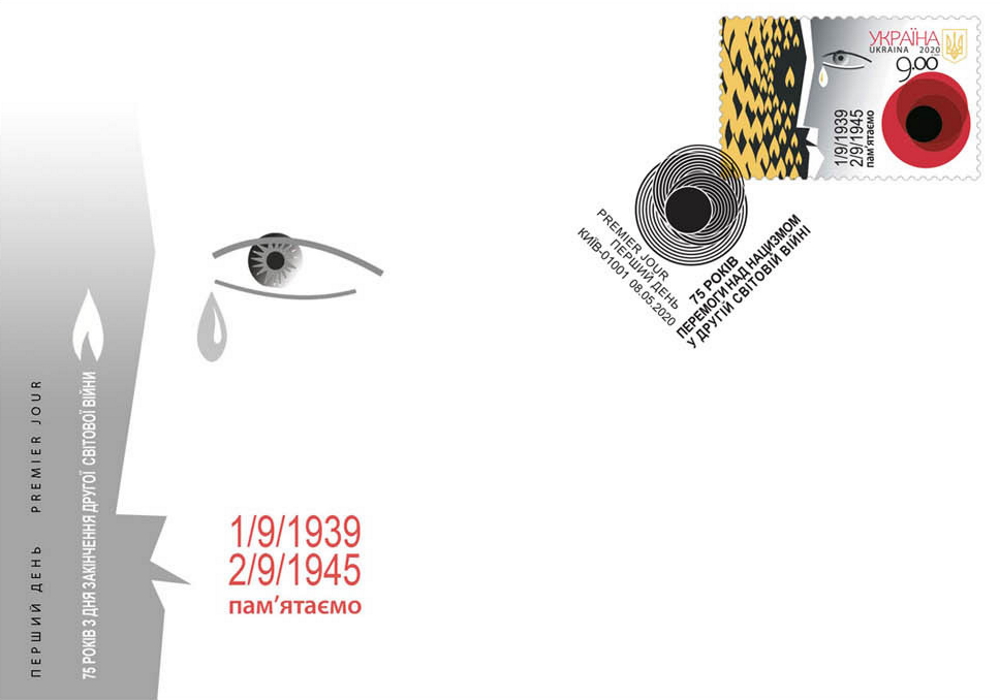 Postage stamp “Remember. 1/9/1939 – 2/9/1945 ”was issued in a circulation of 130,000 copies. The nominal value of the stamp is 9 UAH, the envelope “Day One” – 4,00 UAH. The design of the postal issue, developed by the famous Ukrainian graphic artist Volodymyr Taran, contains a “poppy” – a symbol of memory of the fallen (author – Sergei Mishakin) and important historical dates for Ukrainians:

On September 1, 1939, the war for Ukraine began with the bombing of Lviv and other cities by German military aircraft. During the war, as part of the troops of the Southwestern Front, Ukrainians made up 50% of the soldiers. The total number of people mobilized during the war from Ukraine to the Soviet Armed Forces exceeds 6 million soldiers. One in two died, and one in two survivors received a disability.

On May 8, 1945, the German Capitulation Act came into force. However, for our countrymen, the fighting continued until at least September 2, 1945, when the Act of Japan’s surrender was signed aboard the Missouri battleship, signed by Lieutenant General Kuzma Derevyanko of the Uman Region. 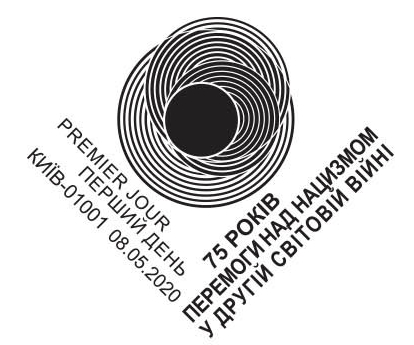 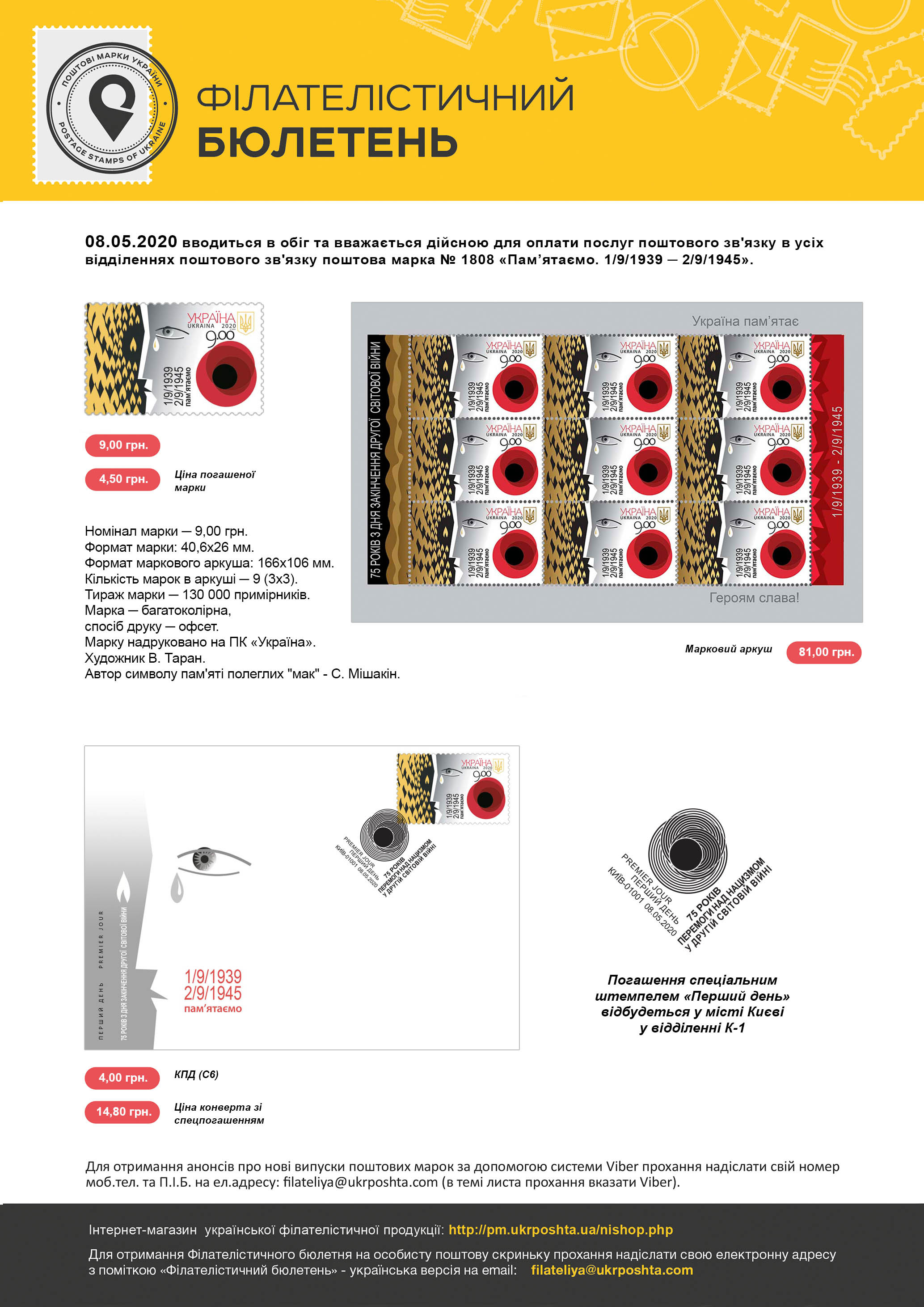