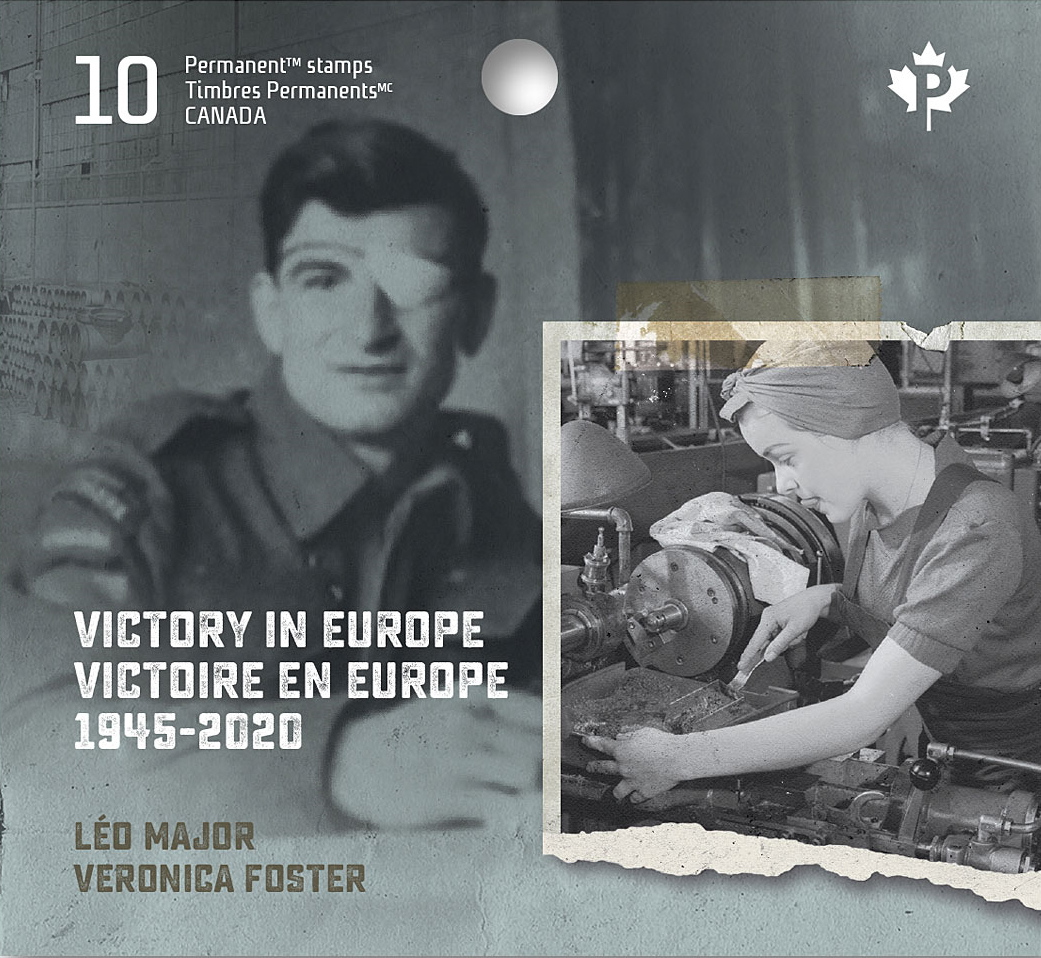 Mark the 75th anniversary of the Victory in Europe (V-E) Day with this booklet of 10 PermanentTM domestic-rate stamps honouring two Canadians who exemplified bravery on the battlefront and support on the home front.

The stamps commemorate the stories of Léo Major “The One-eyed Ghost” and Veronica “Ronnie, the Bren Gun Girl” Foster.

In April 1945, while scouting the German-occupied Dutch town of Zwolle, Private Leo Major singlehandedly tricked the enemy into thinking they were under a full attack, capturing dozens of prisoners and forcing the Germans to retreat, which earned him the Distinguished Conduct Medal and the lasting gratitude of the people of Zwolle.

As one of the many women essential to Canada’s workforce during the Second World War, Veronica Foster assembled Bren machine guns in a Toronto factory. Selected by the Canadian government for a PR campaign, “Ronnie, the Bren Gun Girl” inspired women to join the war effort on the home front. 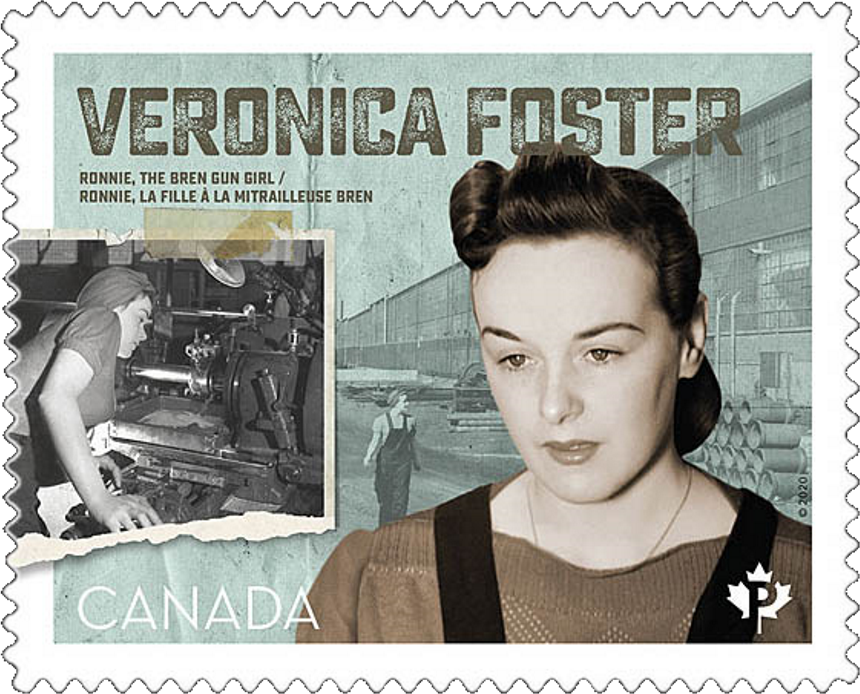 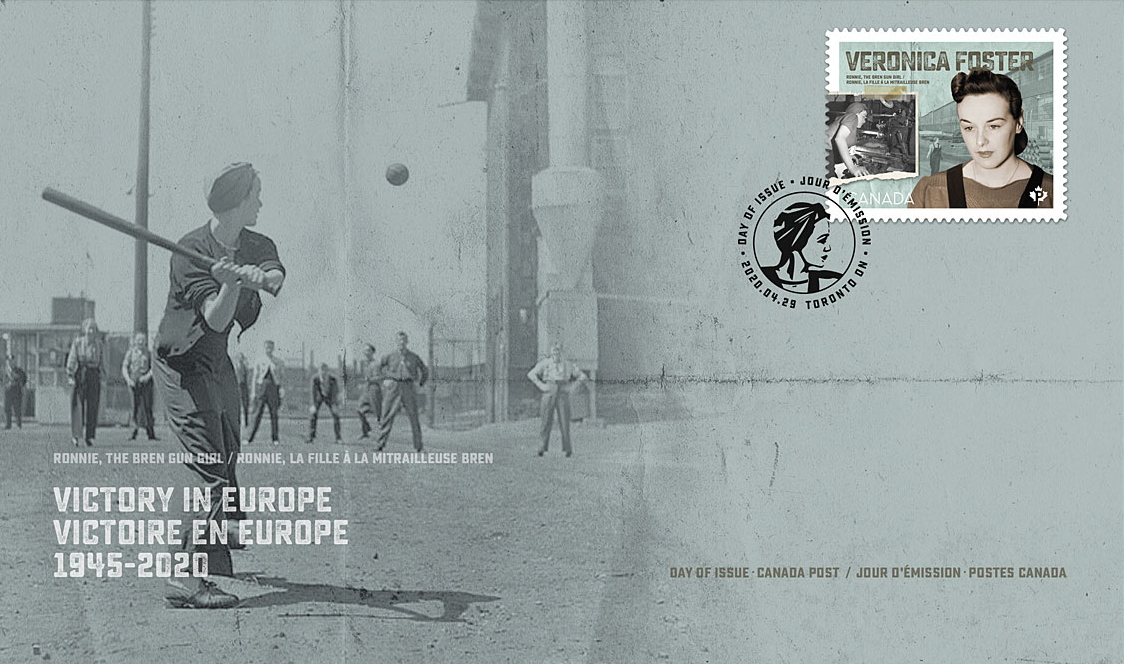 By the height of the war, nearly one million Canadian women were working in manufacturing plants, filling gaps in the workforce left by men serving overseas. In 1941, Veronica Foster, who made Bren light machine guns at John Inglis Co. Limited in Toronto, was selected by the Canadian government for a public relations campaign to encourage women’s participation in the nation’s war industries. “Ronnie the Bren Gun Girl” – believed by some to have inspired the fictional American icon “Rosie the Riveter” – motivated women across Canada to roll up their sleeves and get to work for the war effort. 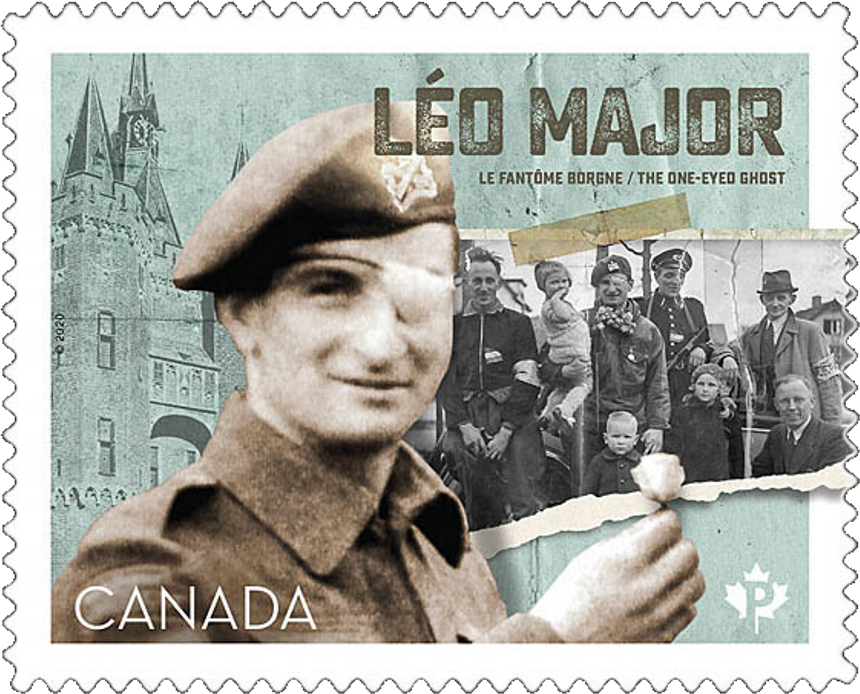 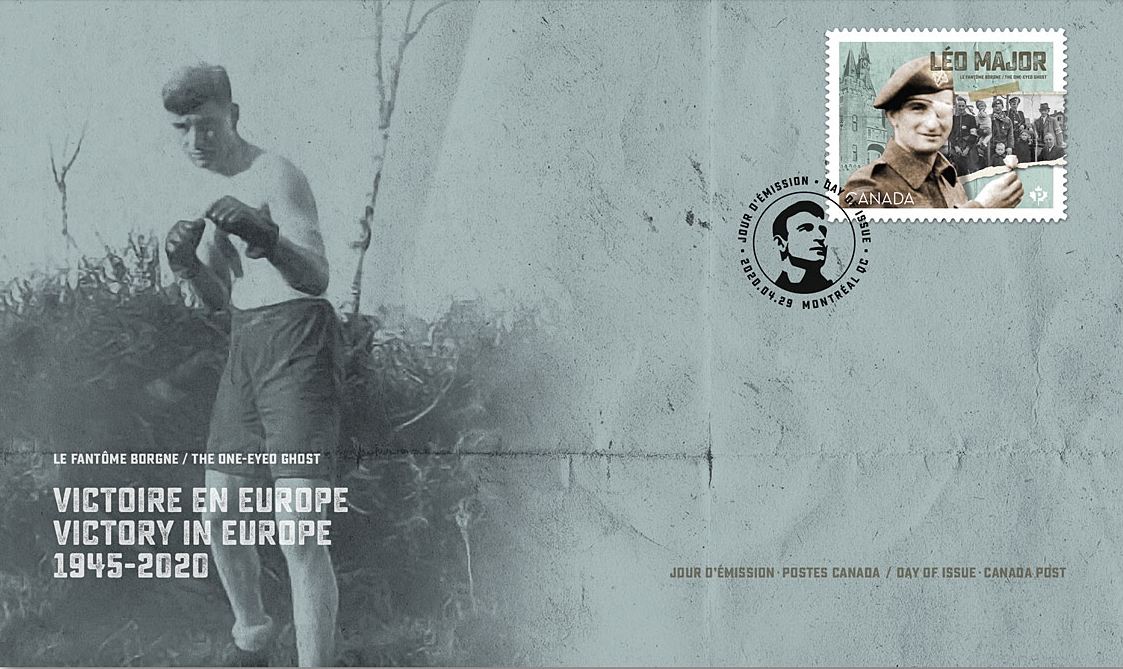 In April 1945, Private Léo Major, known as the “One-eyed Ghost” after losing partial vision during D-Day battles, and Corporal Welly Arsenault volunteered to scout the German-occupied Dutch town of Zwolle. Enraged by the fatal shooting of his comrade just hours into the mission, Major took up Arsenault’s weapons and charged the town alone – running through the streets with “a burst of fire, a couple of grenades and a lot of loud noise.” He created the impression of a full-fledged attack, capturing dozens of prisoners and later setting fire to the local Gestapo headquarters. The ruse worked, and the Germans fled. Major was awarded the Distinguished Conduct Medal for single-handedly liberating Zwolle, where a street now bears his name.