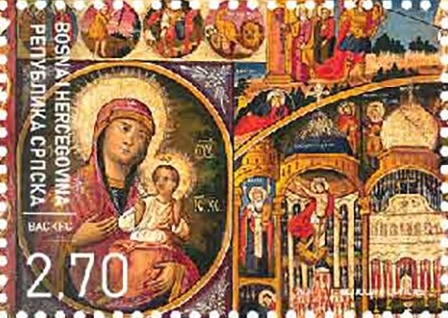 The Trifun worshipers of Livanj Jerusalem of 1871 (140 x 104 cm), made with the technique of tempera on canvas, represents a type of icons called Jerusalem. They bear the central portrayal of the Church of Christ’s Tomb in Jerusalem and other places in the Holy Land, which pilgrims – the Hajj – visited on their pilgrimage route. The most prominent role is played by the Church of the Holy Sepulcher, as well as the portrayal of the place where Christ’s Suffering, Death, and Resurrection are believed to have taken place. The interior of the Holy Sepulcher Church in Jerusalem is filled with performances related to Christ and the religious ceremonies that take place in it – the arrival of the patriarch, the lithium, and the rite of silence of St. Fire. Jerusalem is a witness to the visual culture and spiritual aspirations of Orthodox Christians in the late Ottoman Empire. 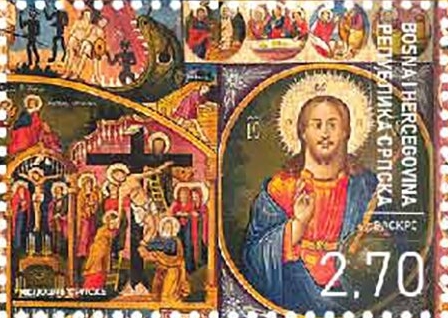 This icon is the property of the Church of the Assumption of the Blessed Virgin Mary in Livno and is part of a collection that was proclaimed the cultural property of Bosnia and Herzegovina in 2004. Many of the icons from this Livno collection, including this one, have been restored at the Conservation and Restoration Workshop of the Public Museum of the Republika Srpska. The restoration was performed by senior conservator Dijana Pešikan-Egić and painter-conservator Đurđica Bjelošević, as well as numerous external associates.

Source of data used from the separatus “Four Jerusalem-Haji icons from the Church of the Assumption of the Blessed Virgin Mary in Livno”, by Marko Katic, an art historian. 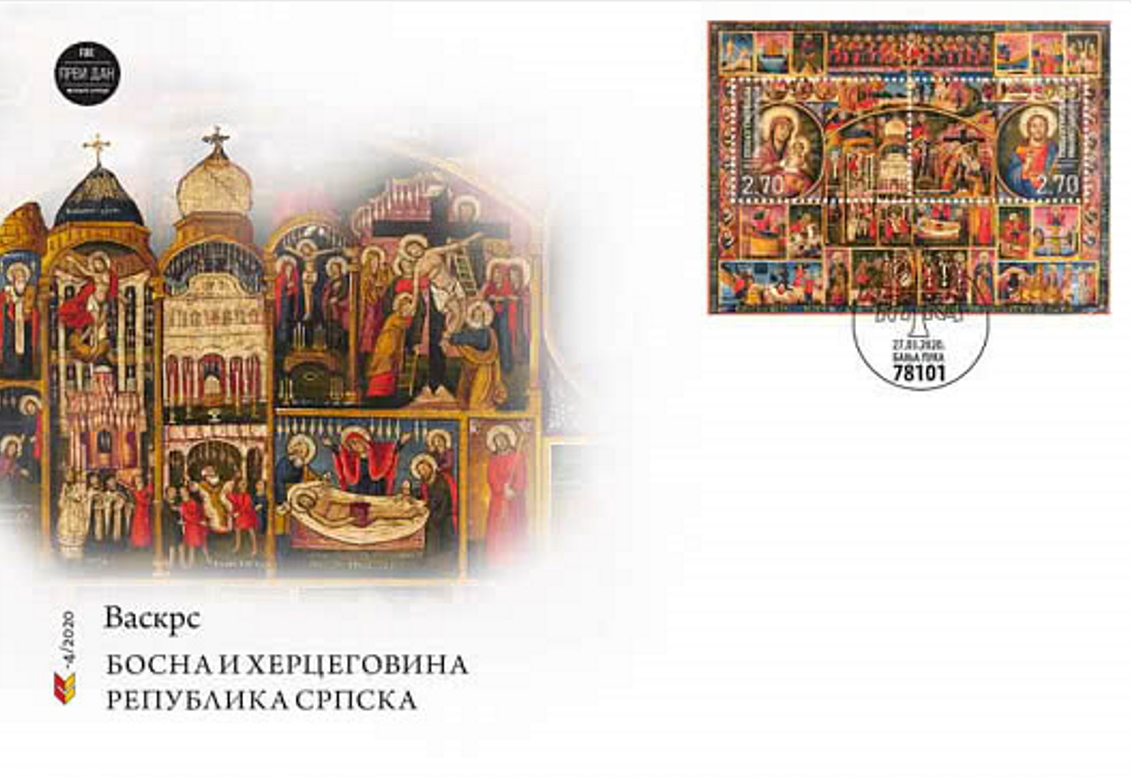