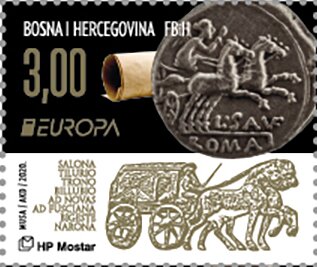 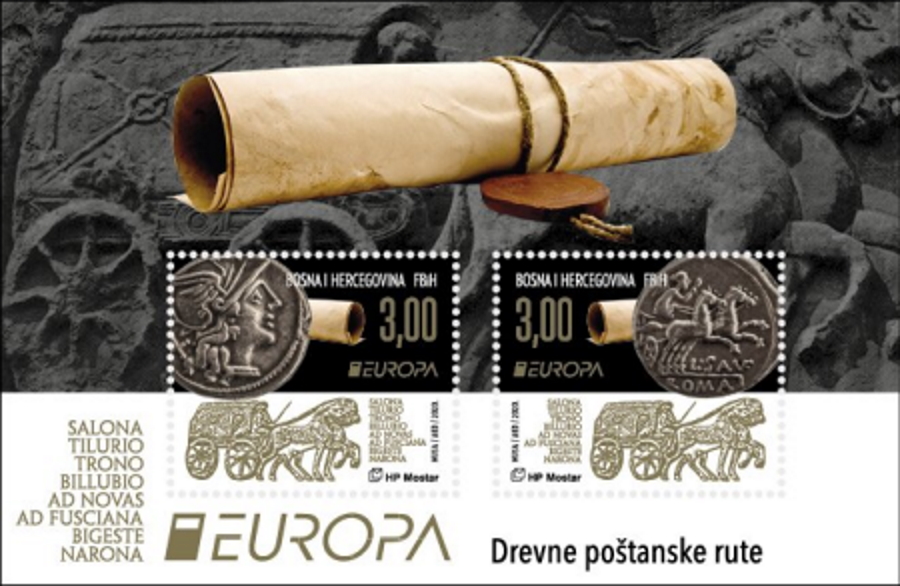 The Europe 2020 postage stamp building is also published under the auspices of PostEurope and is one common theme for all members every year – for 2020 the theme is the Ancient Postal Routes. The Roman legions were linked to Rome by the roads where the first post office took place. The Roman Messenger’s Service, initially called vehiculatio later cursus publicus, was founded by Emperor Augustus between 27 and 20 BC . It was initially limited to civilian and military civil servants. The main directions of the roads were ordinary stations (mansiones) where passengers could stay overnight and stations where horses or other cattle (mutationes) could change. For Emperor Septimius Severus (193 – 211), cursus publicus is divided into two parts: the fast(cursus velox), who had saddled the horses, draft horse, mules and mules, and more types of circuits – chariot or četverokolice and slow (cursus claburalis), which is served by a heavy car that could carry up to 500 kg of cargo. 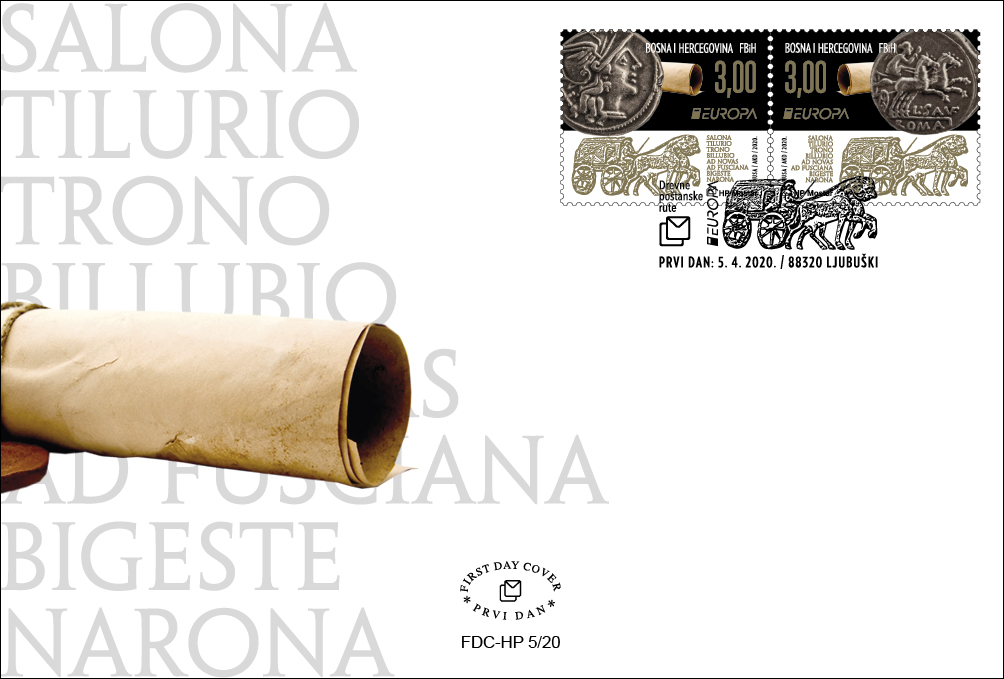 The carts and silver penny of the Roman consul L. Saufeius (152 BC) were chosen as motifs on the stamps . The coin on the reverse shows Victoria riding a biga, and on the obverse the head of the goddess Roma. The coin is housed in the Franciscan Museum of the Monastery of St. Ante na Humcu, in the area that has been passing the very significant military road Salona (Solin) – Bigeste (Ljubuški) – Narona (Vid) since the first century.

Croatian Post Ltd. Mostar has issued 2 commemorative stamps in sheets of 8 stamps + vignette, a block with two stamps, a stamp and a First Day Cover (FDC). Stamps and related materials can also be purchased online at www.epostshop.ba.