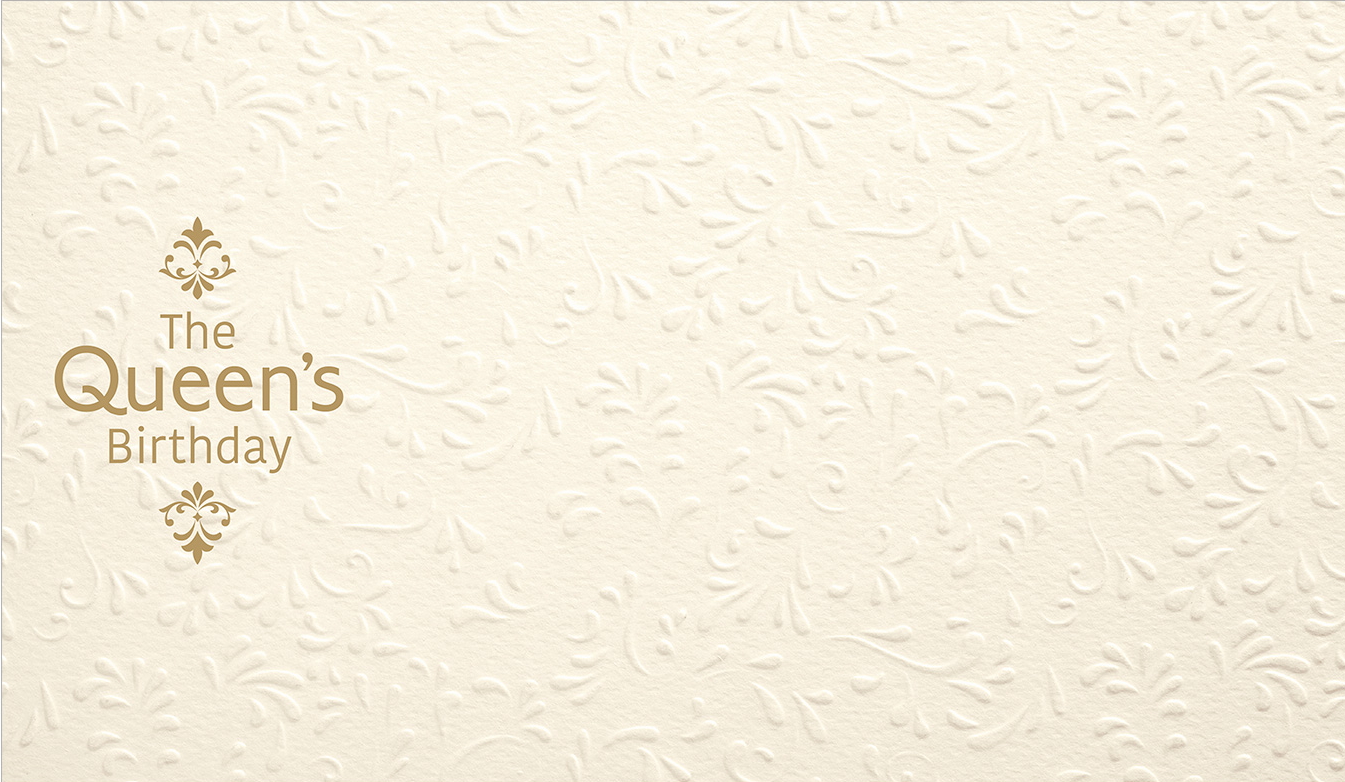 On 21 April 2020, Her Majesty Queen Elizabeth II will celebrate her 94th birthday.

The domestic-rate stamp in this year’s annual Queen’s Birthday stamp issue presents Her Majesty during the 1970 royal tour of Australia, it being 50 years since this event. The Queen was accompanied on the five-week tour by their Royal Highnesses Prince Philip, Prince Charles (for part of the visit) and Princess Anne; it was the first occasion on which Charles and Anne were part of the visiting royal party. The royals were greeted by enthusiastic crowds as they travelled through New South Wales, Tasmania, Victoria, Queensland and the Australian Capital Territory.

On the international-rate stamp is a more recent photograph of Her Majesty, taken at Royal Ascot, an annual five-day horseracing event at Ascot Racecourse and one of the most prestigious events in the racing world. Each day of the event begins with the Royal Procession, when the Queen and accompanying members of the royal family arrive along the track in horse-drawn carriages. 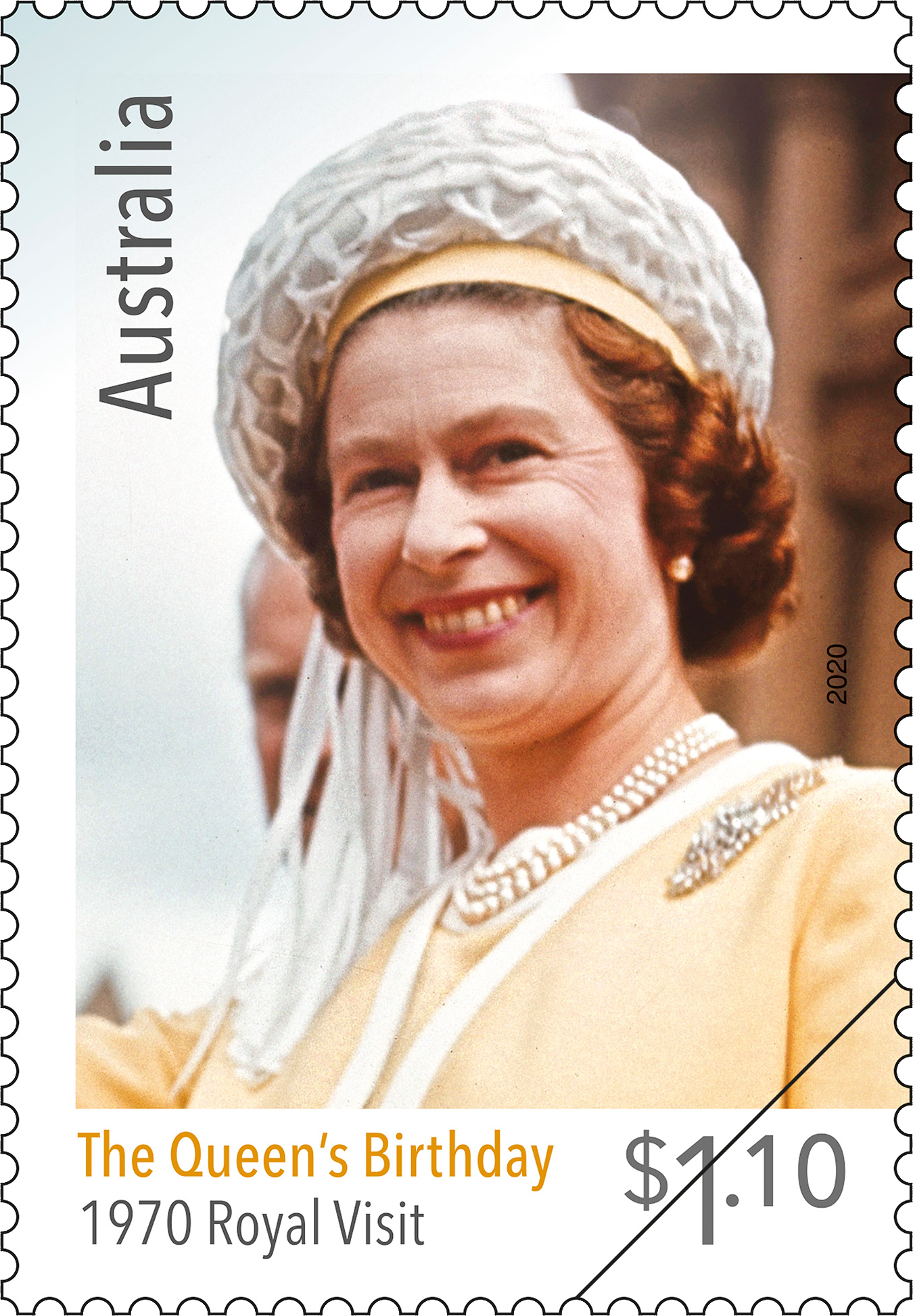 $1.10 – 1970 Royal Visit
This stamp shows the Queen descending the steps of the Sydney Town Hall, in May 1970. She is wearing a fine wool crepe dress designed by Norman Hartnell, with a silk-covered straw hat by Simone Mirman.

The stamp photograph is from Hulton Archive/Stringer/Getty Images. 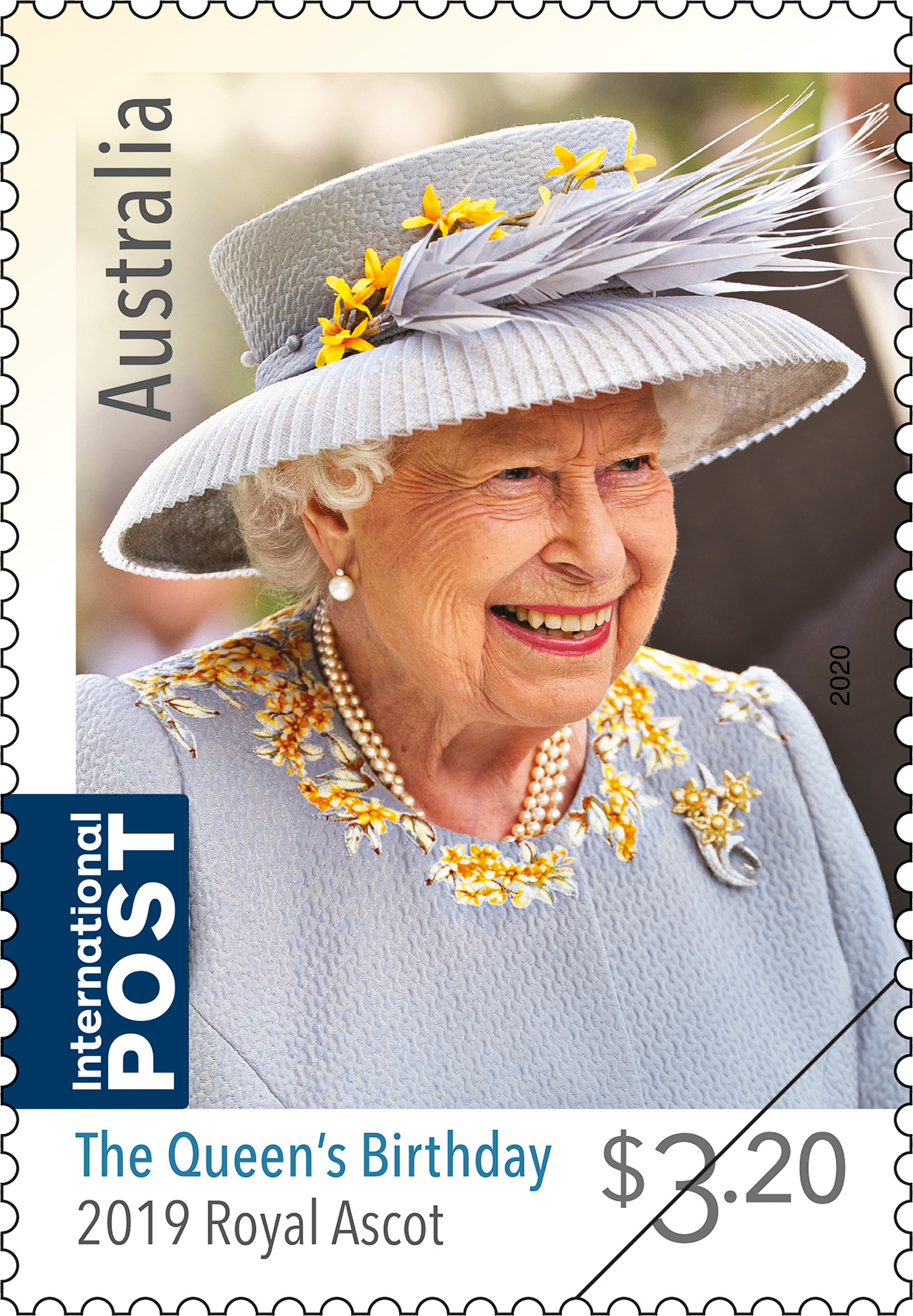 The stamp photograph is by Max Mumby, via Indigo/Getty Images. 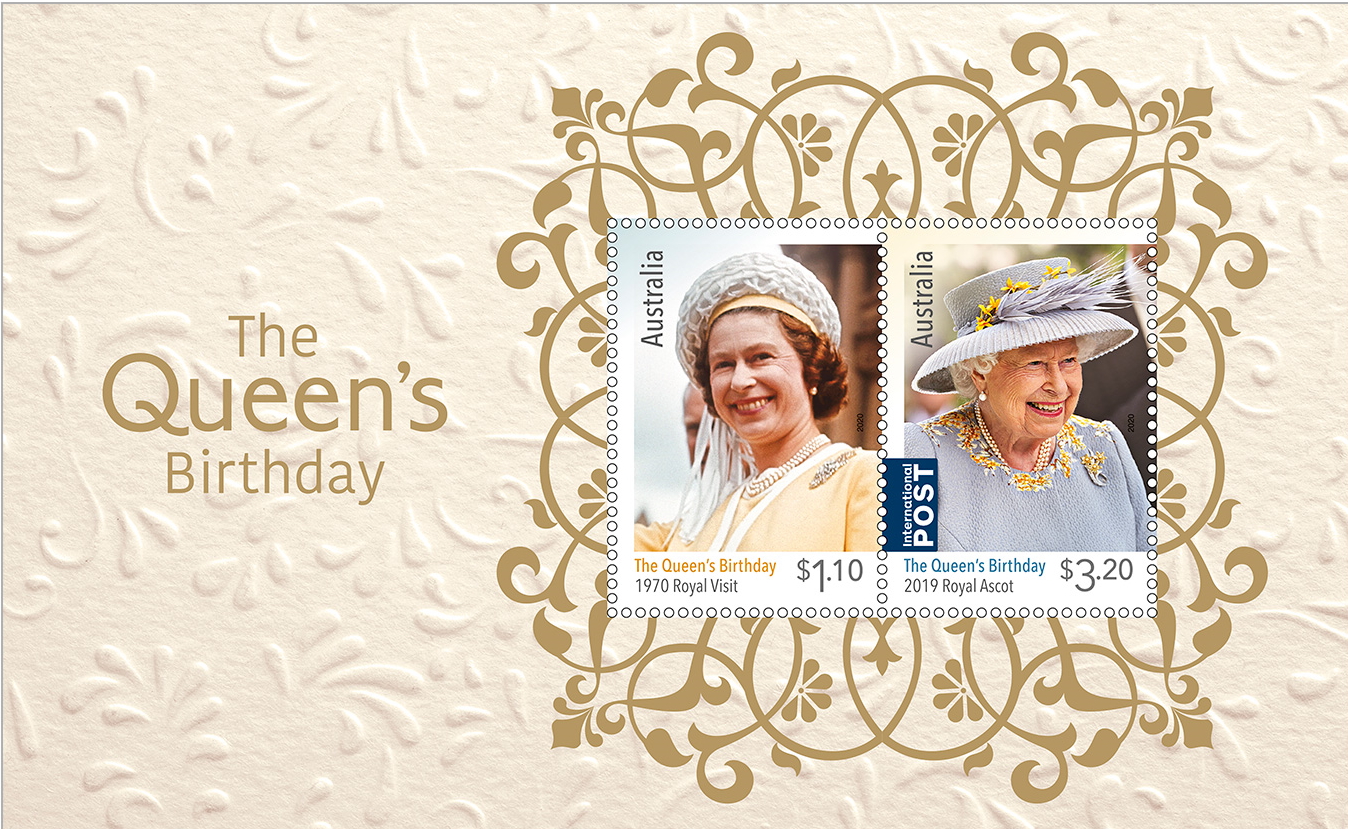 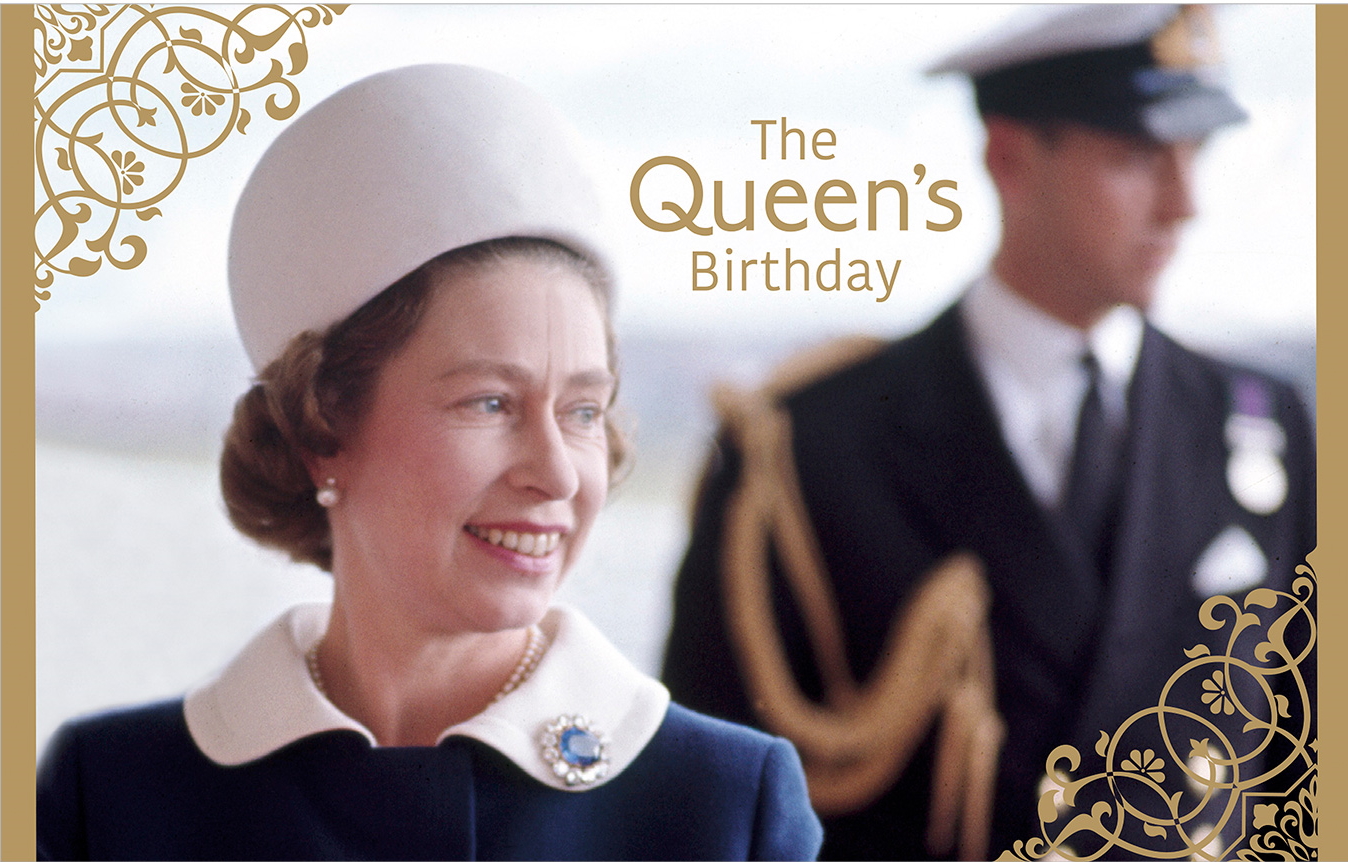 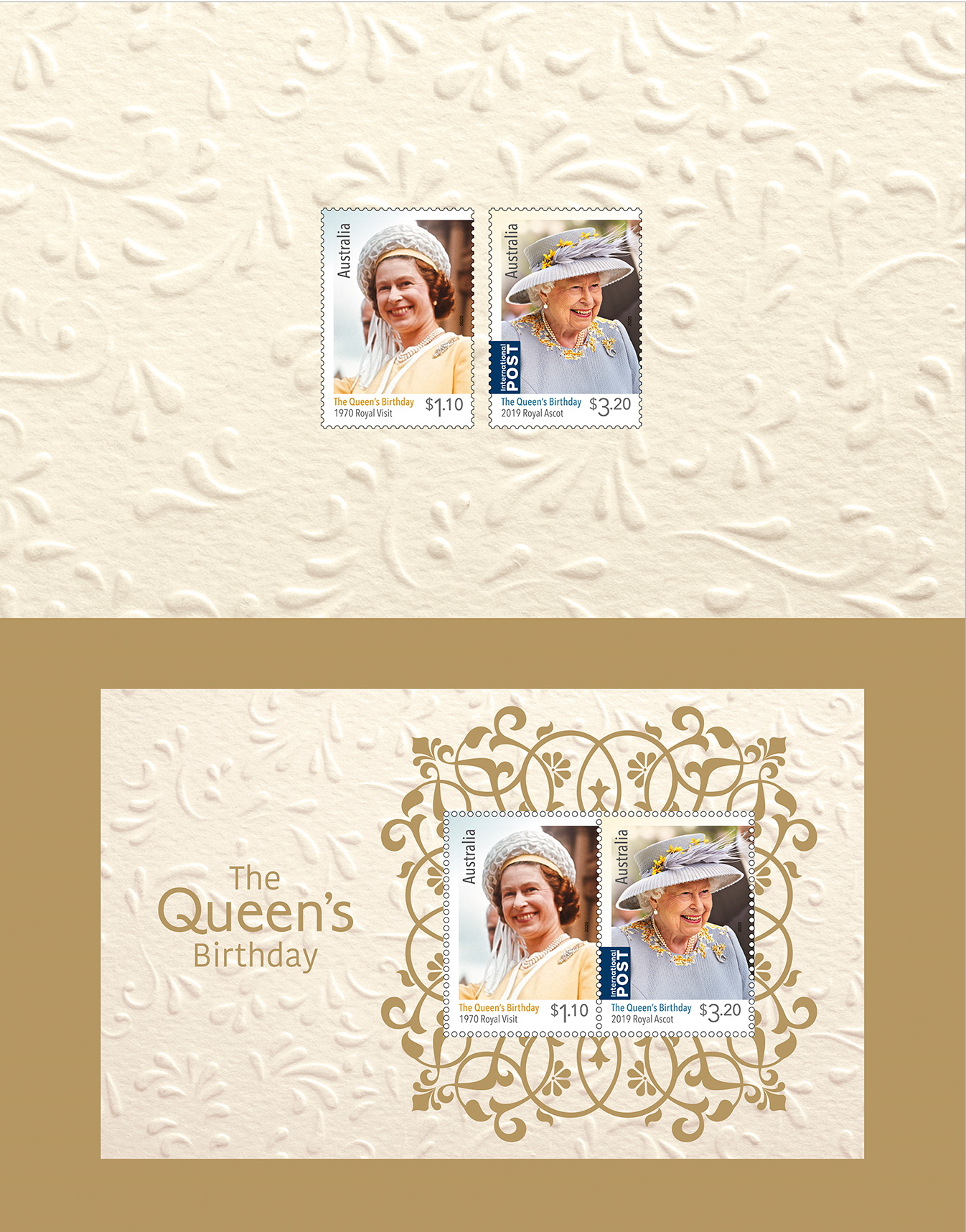 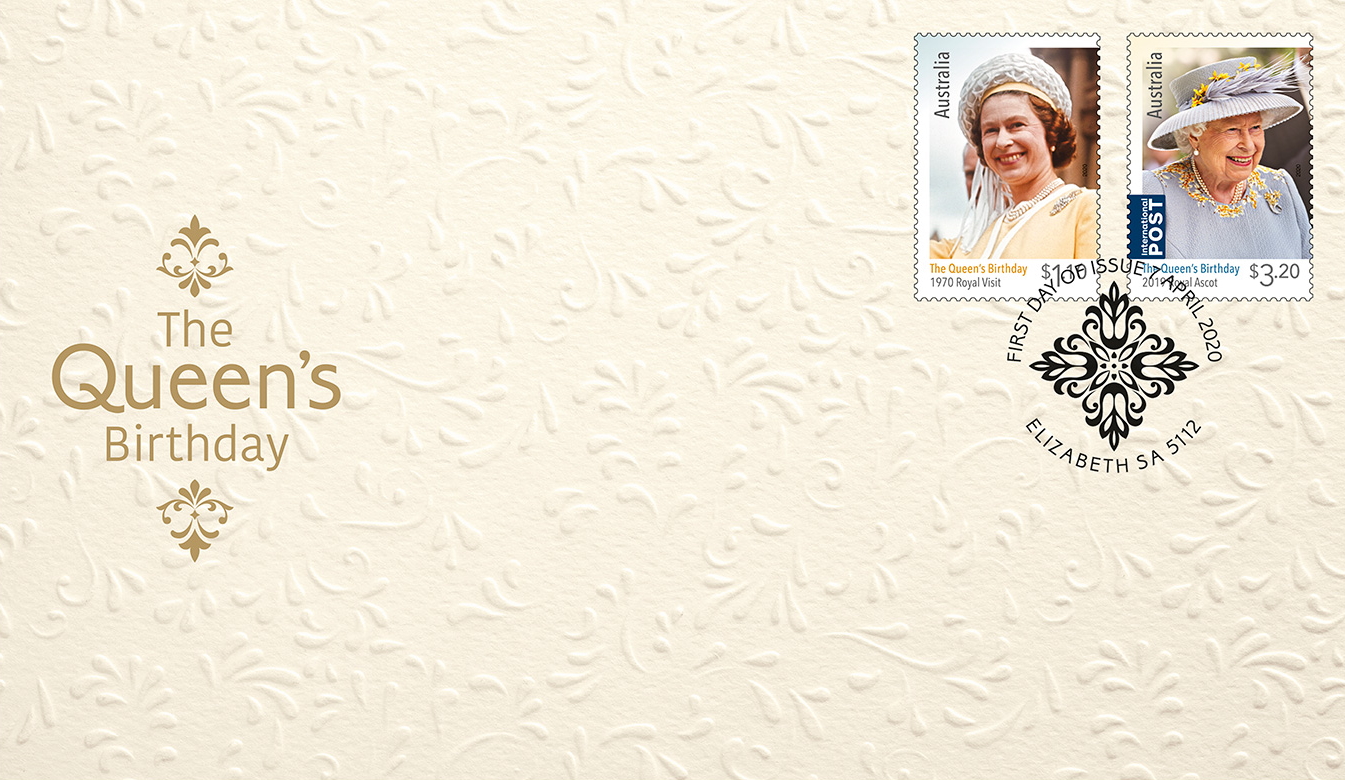 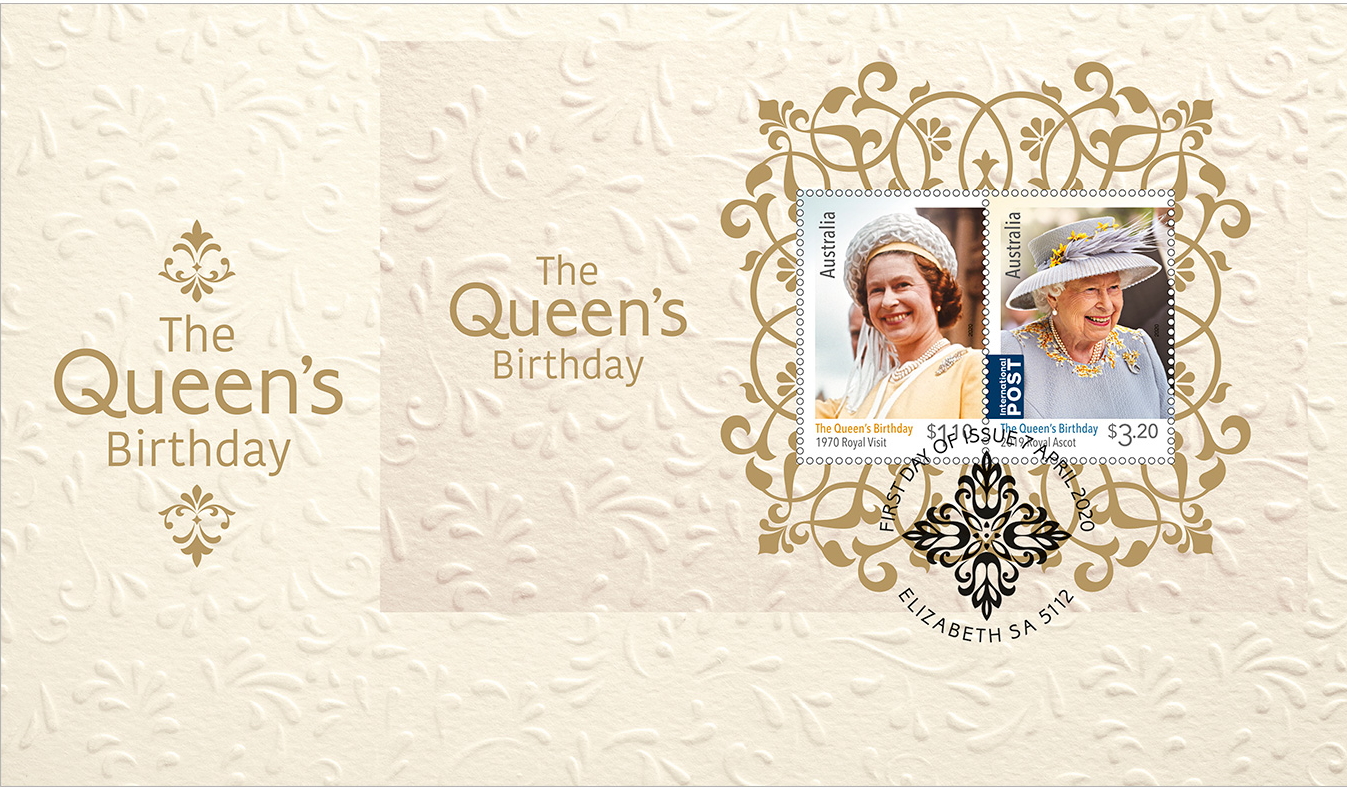 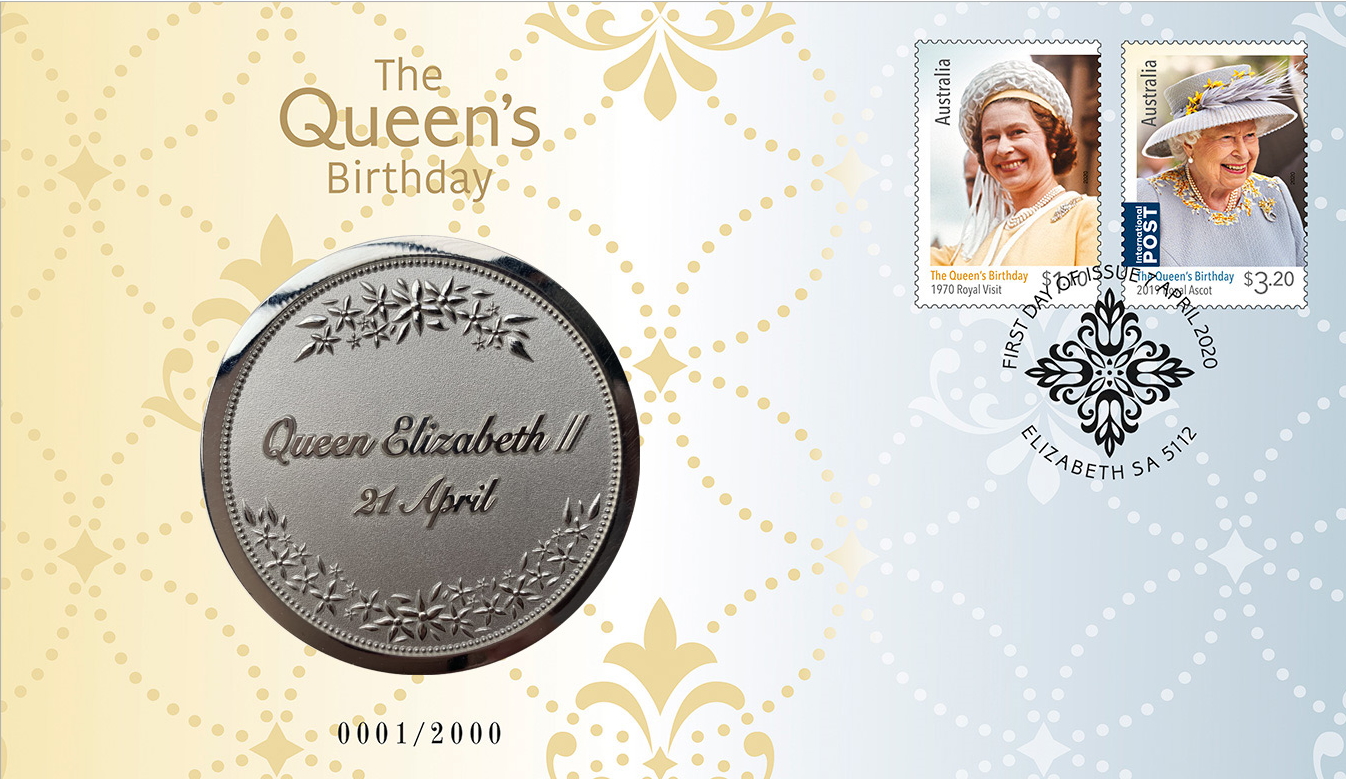 This stamp and medallion cover is very limited collectable, featuring a pictorial envelope with the two stamps from The Queen’s Birthday 2020 stamp issue and related medallion. The stamps are postmarked – First day of issue | 7 April 2020 | Elizabeth SA 5112 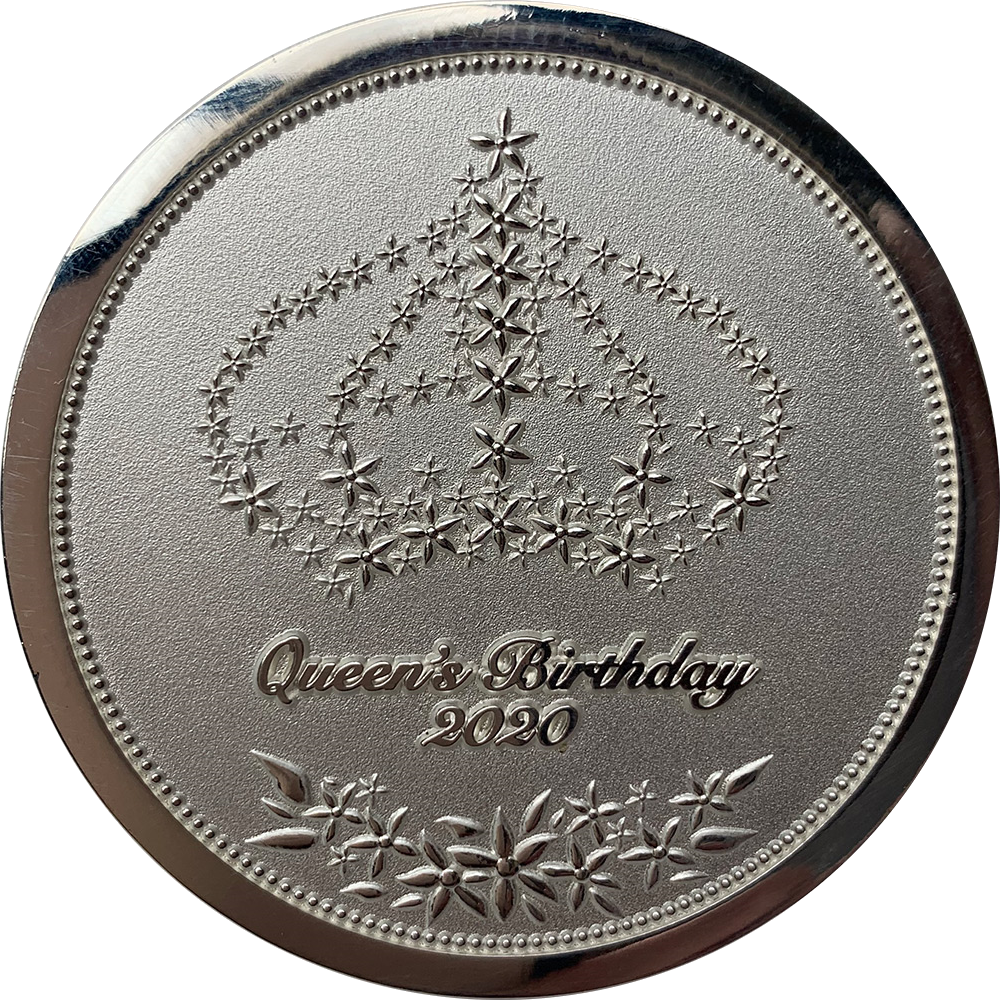 The Queen’s Birthday Medallion Cover (SKU# 2066300) released on 7 April 2020 was advertised to include a medallion with a gold plated finish. The medallion included is silver-plated and not with a gold-plated finish. If you would like to return your item for a refund at the full purchase price please contact 1800 331 794 or email mailorder@auspost.com.au 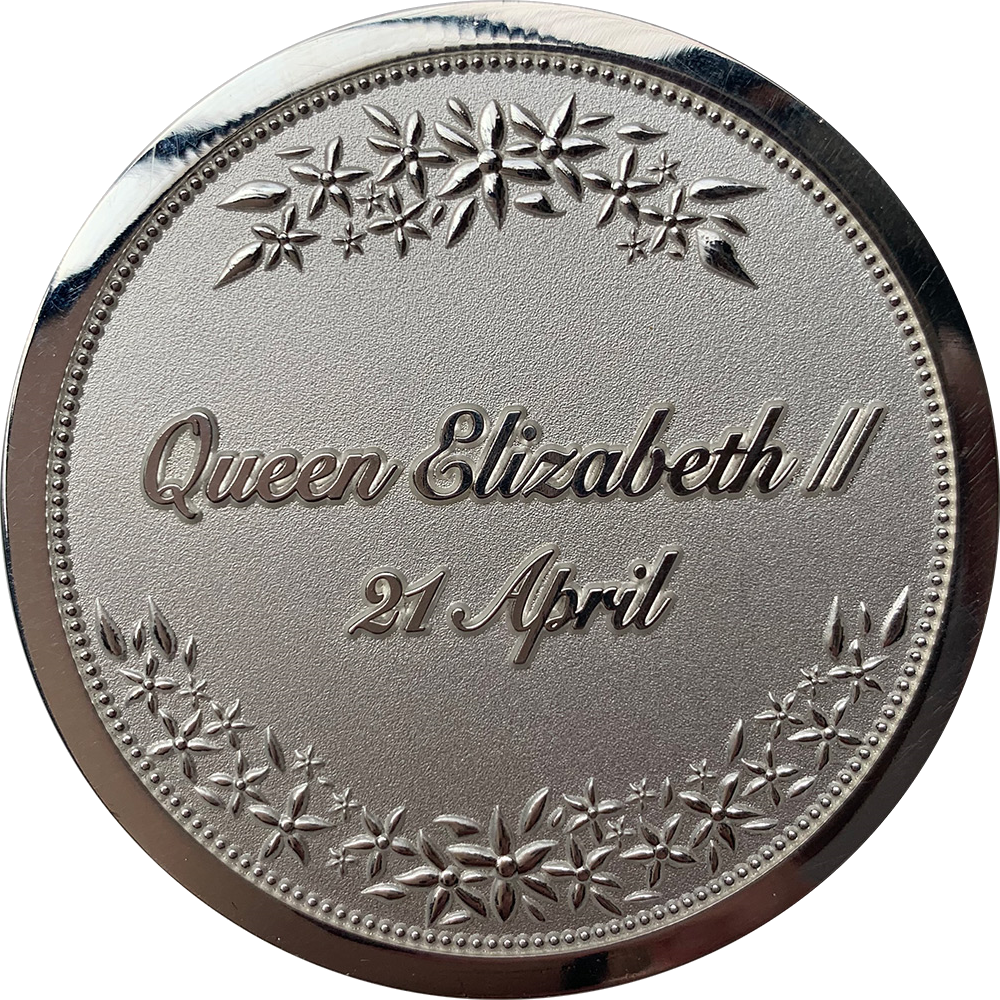 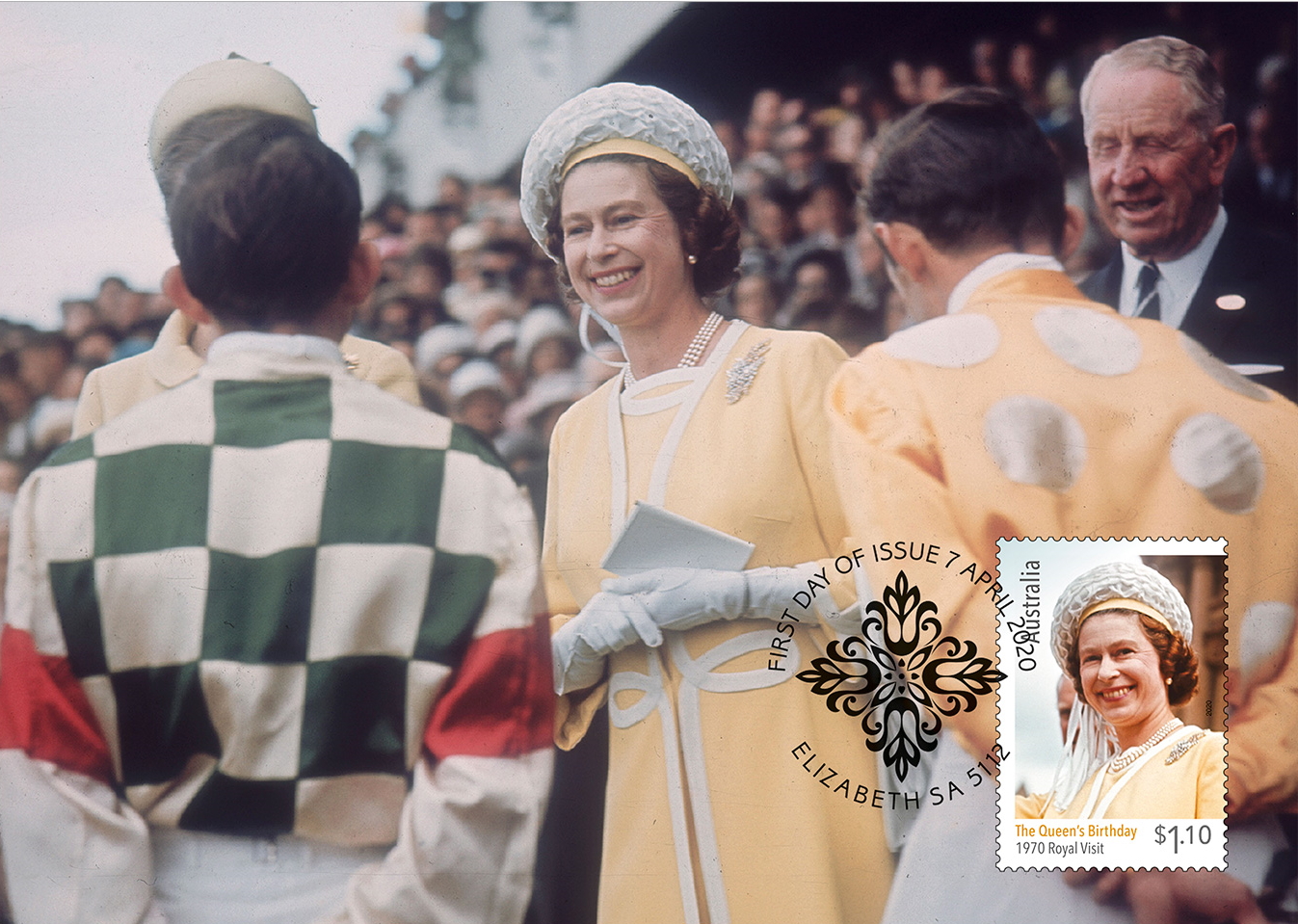 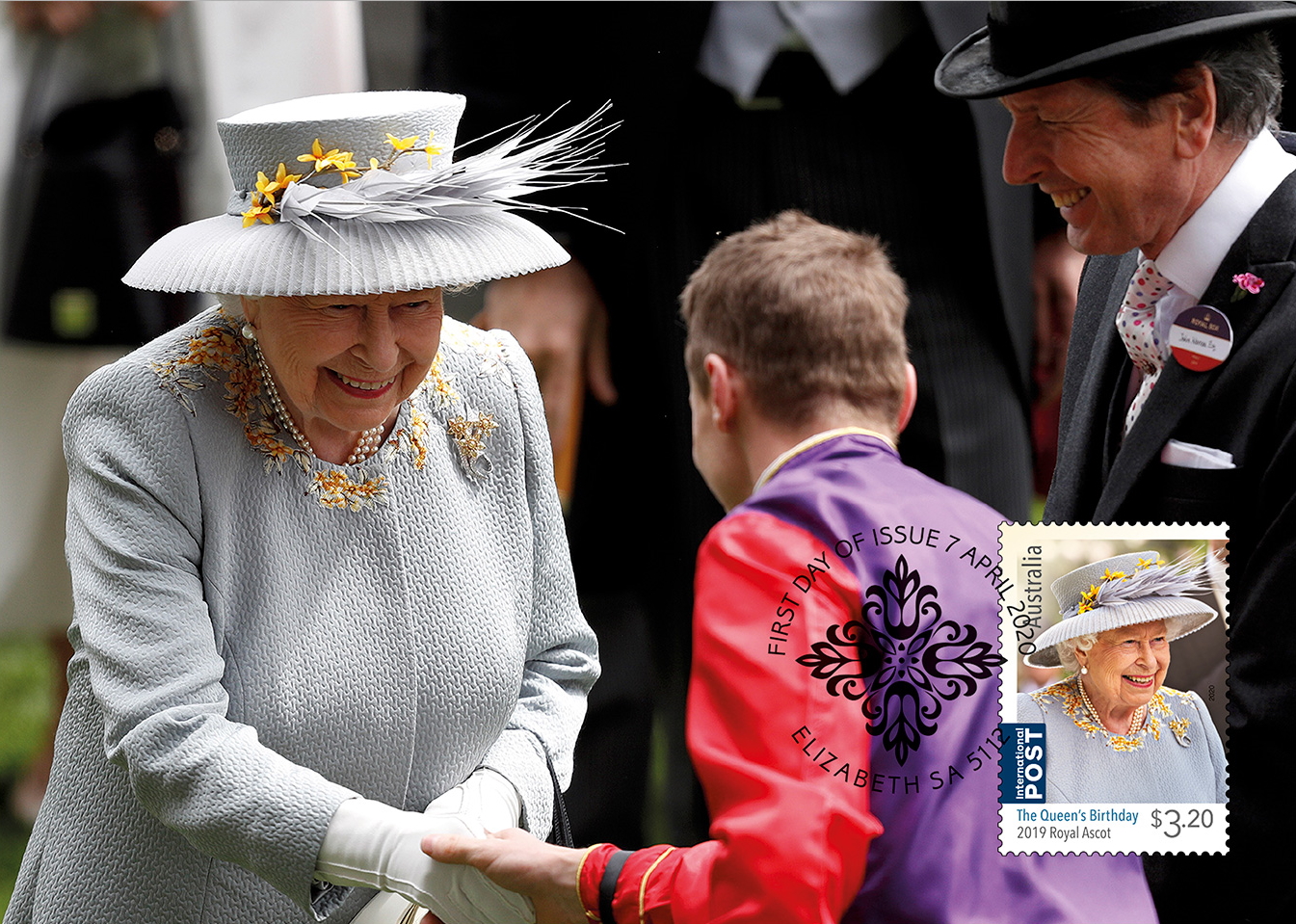 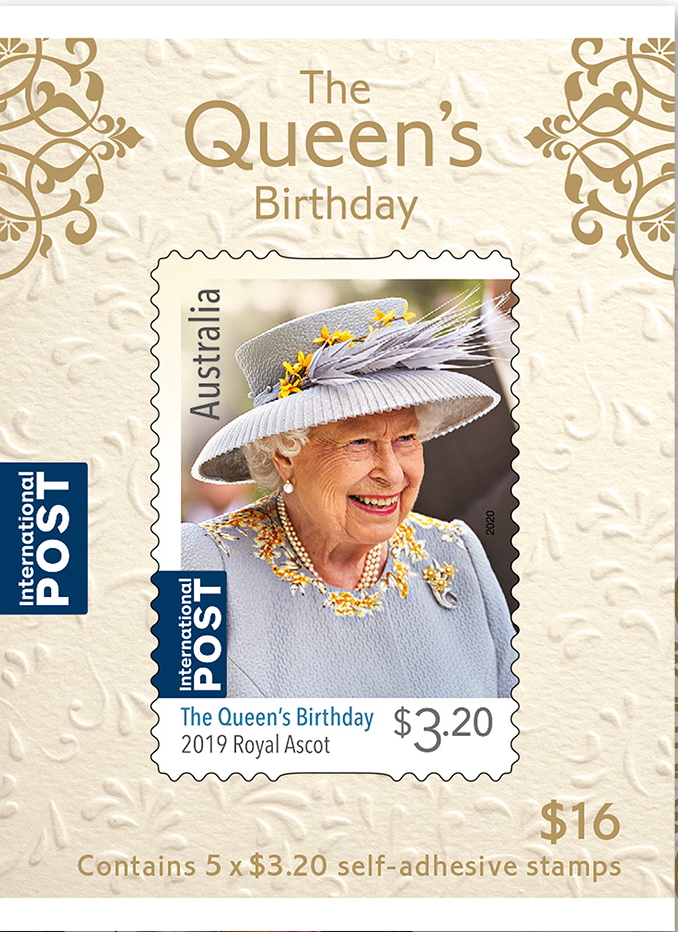 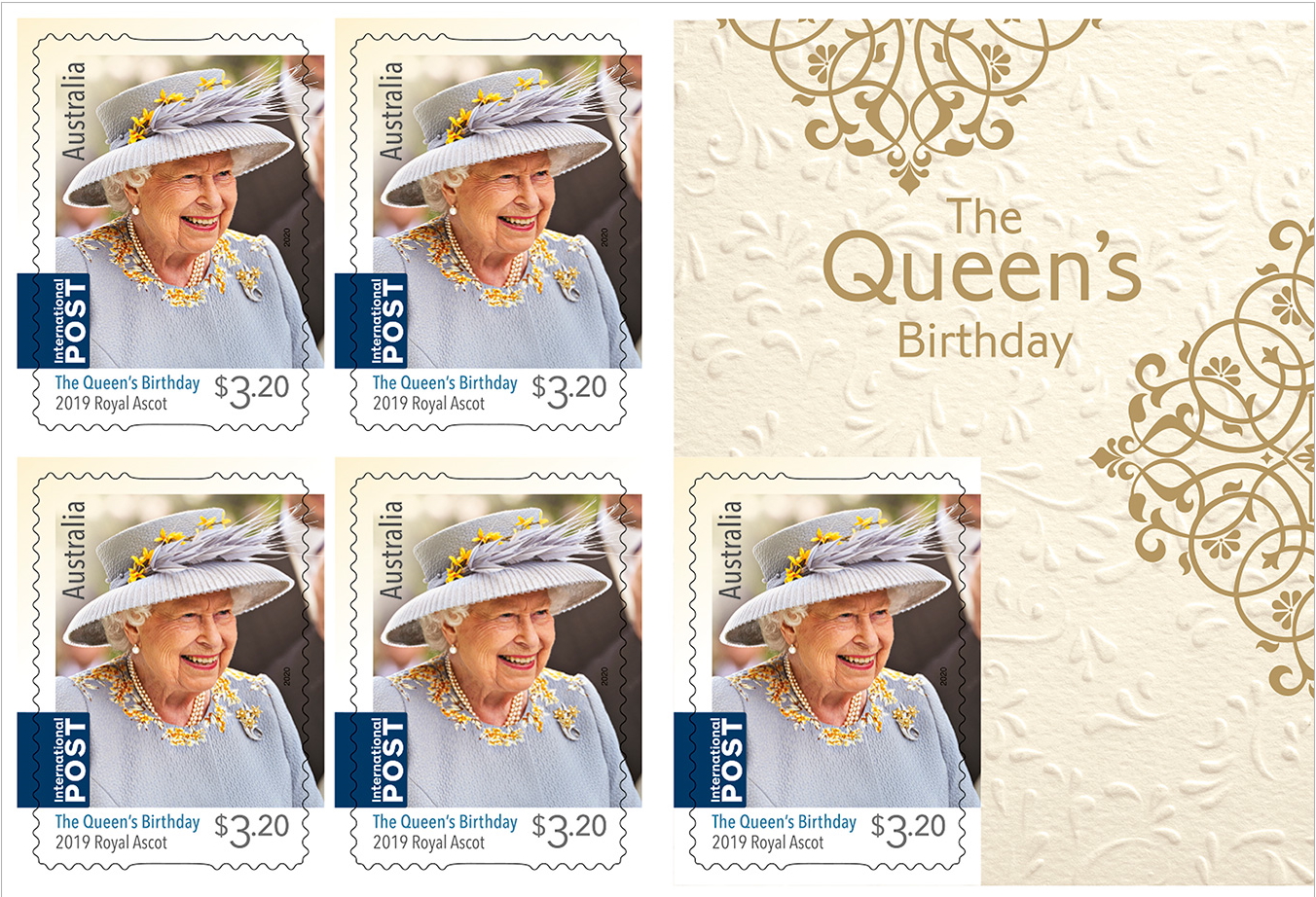 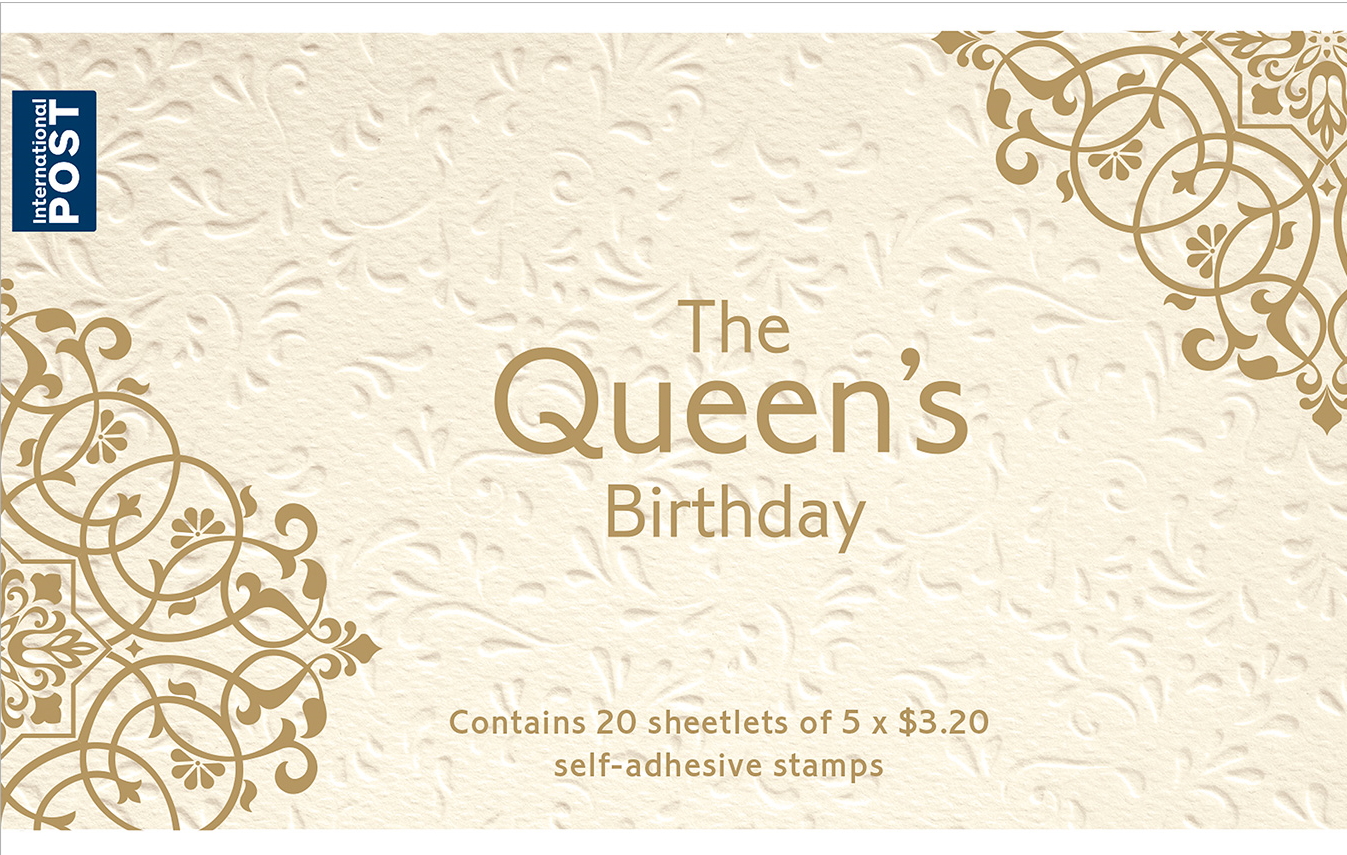 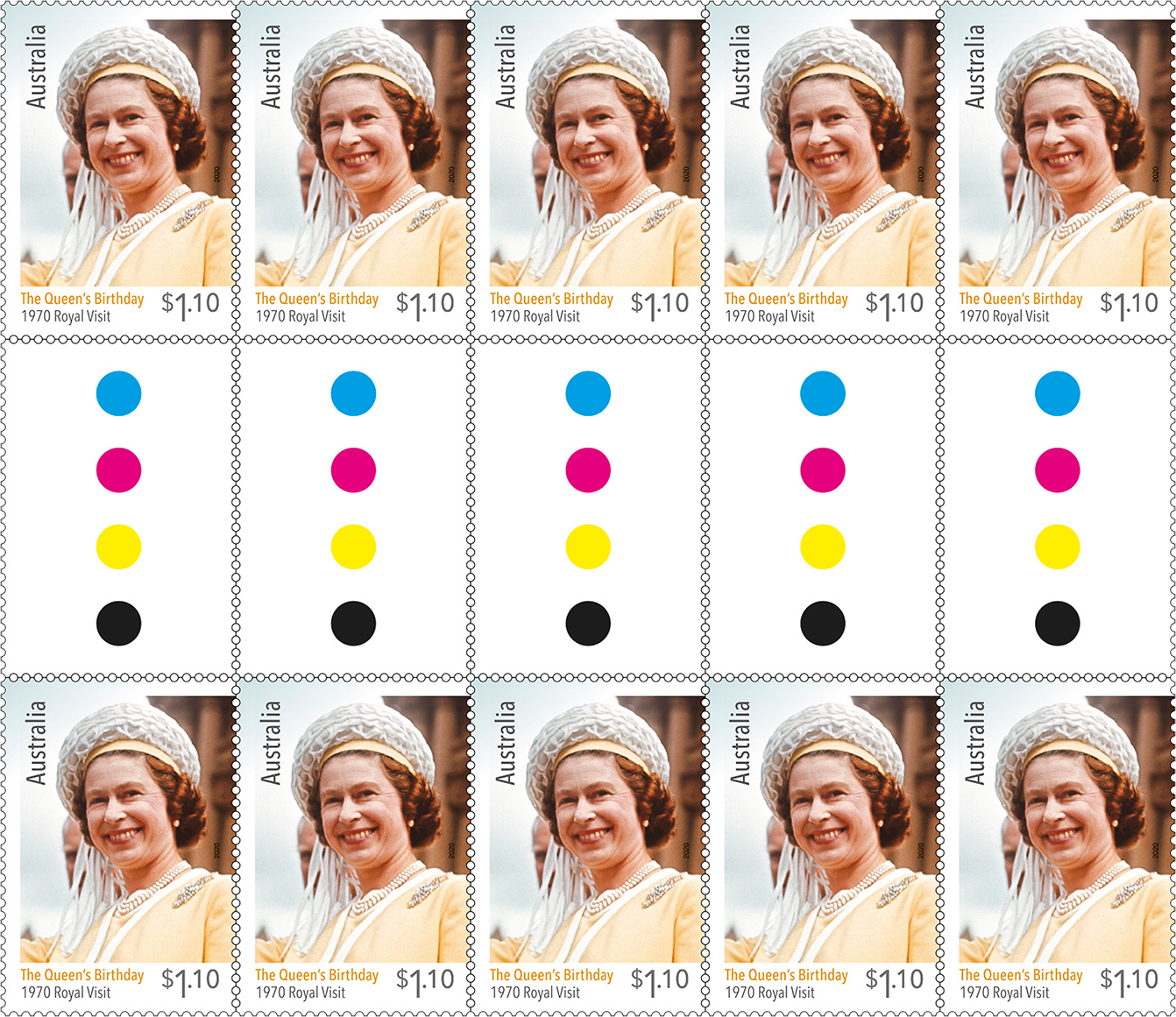 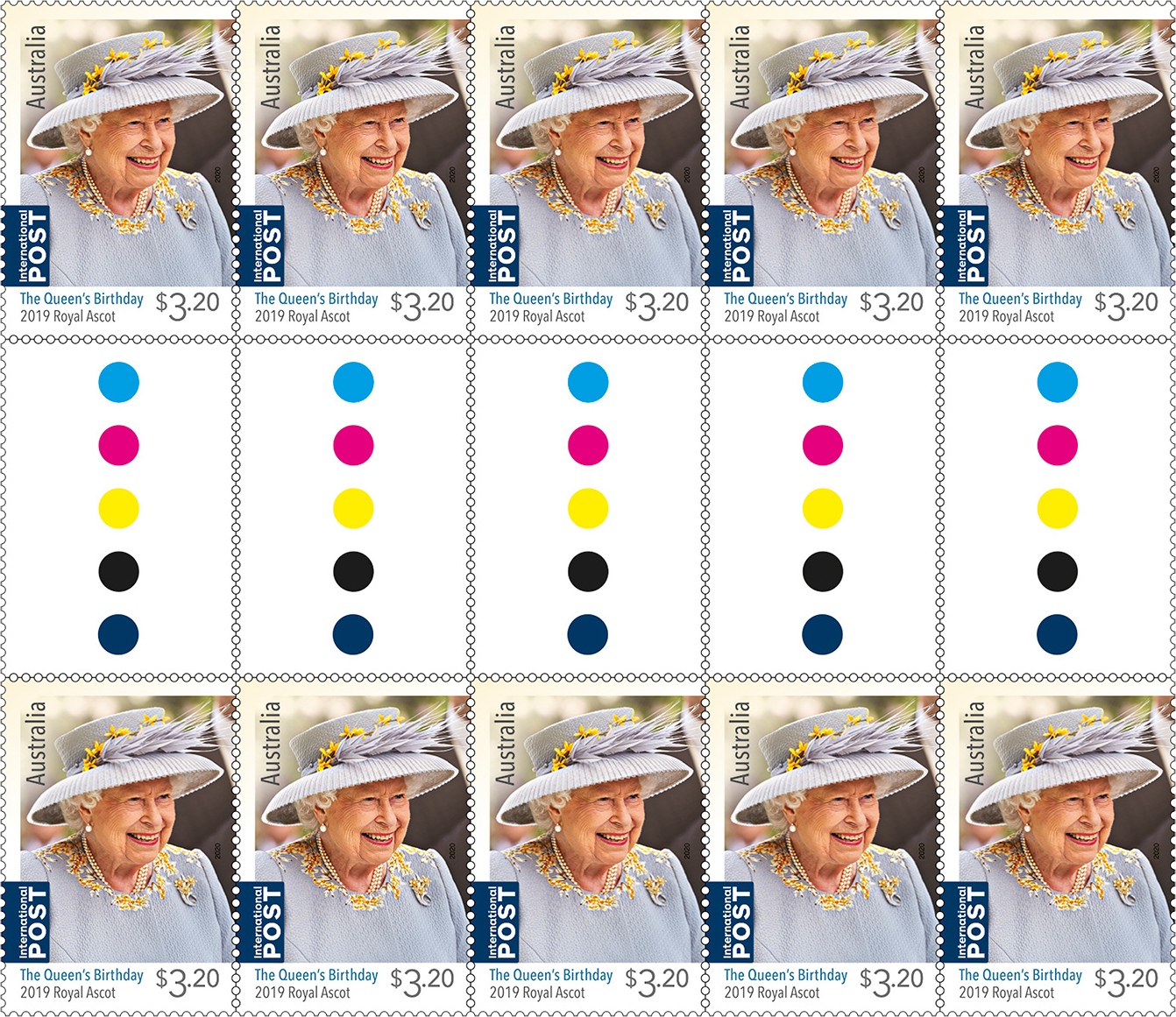 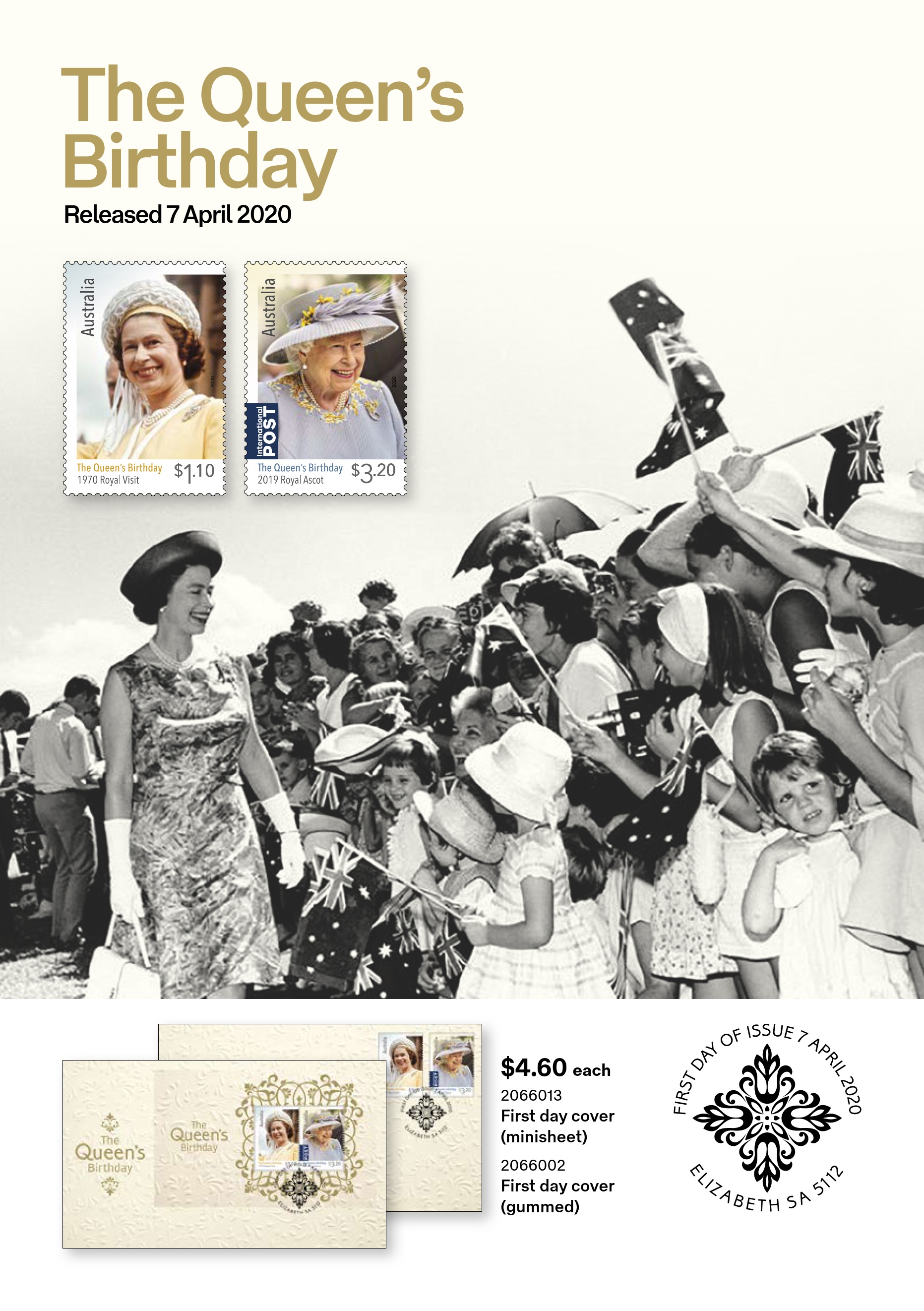 The 1970 Royal Tour, unlike the previous tours in 1954 and 1963, was conducted with an informality that marked a shift in how the royal family presented itself, and how it was perceived by the public: no longer distant and reserved, the royals were seen as relaxed and approachable.

On 21 April 2020, Her Majesty Queen Elizabeth II celebrates her 94th birthday. The year also marks the 50th anniversary of Her Majesty’s third visit to Australia. The Queen was accompanied on the 1970 tour by their Royal Highnesses Prince Philip, Prince Charles (for part of the visit) and Princess Anne.

The five-week tour was popular with Australians, and coincided with the bicentenary events of Captain Cook’s voyage up the east coast of Australia. The royal family was greeted by enthusiastic crowds as it travelled through New South Wales, Tasmania, Victoria, Queensland and Australian Capital Territory, before leaving for New Zealand in early May.

Determined to meet as many ordinary citizens as possible, the Queen would stop and engage with the countless individuals, both young and old, who welcomed her wherever she went. 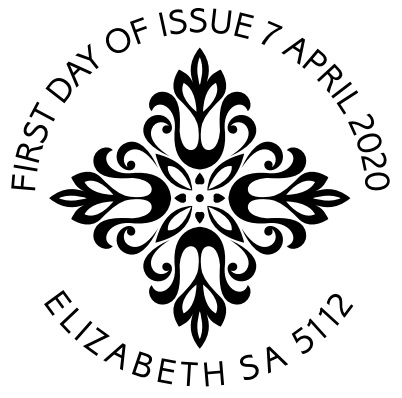