100th anniversary of ”RADNIČKI” Sports Association
”Radnički” Sports Association was founded on 20th April 1920 as the Belgrade Workers’ Sports Club – BRSK. Until the Second World War and during the war, the club had an important revolutionary role.

Four of the legendary Seven Secretaries of the Communist Youth of Yugoslavia were its members who got killed at the time of Proclamation (Obznana), and another three before. Ten fighters from the Spanish Civil War came from there as well as 18 national heroes. In the anti-fascist struggle during the Second World War, 117 members of ”Radnički” were killed. 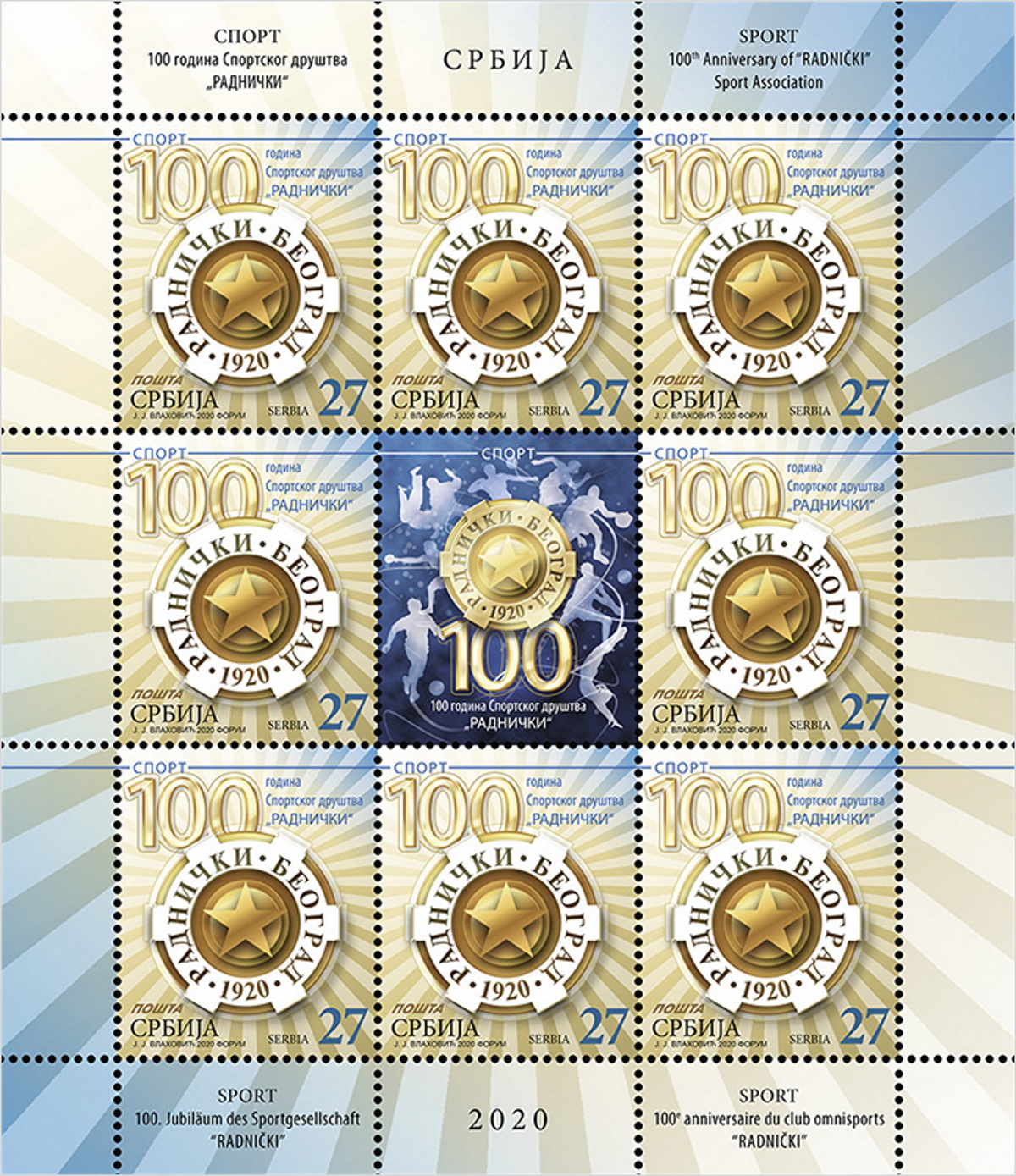 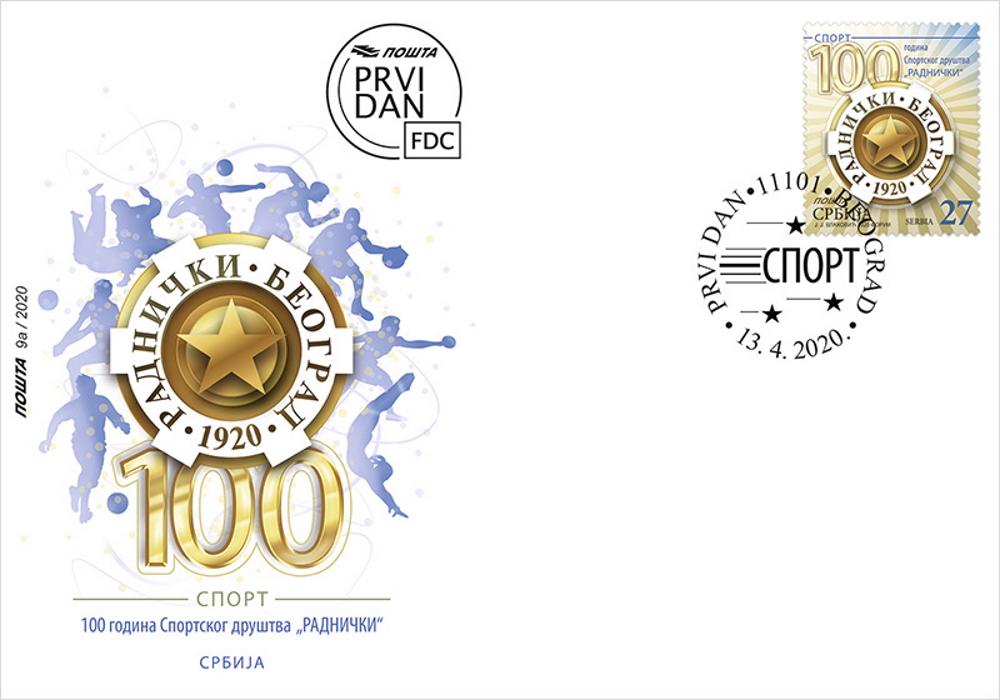 After the War, ”Radnički” is the first sports association that restored its operation, in November 1944, just after the Liberation of Belgrade. Together with the pre-war clubs, the basketball players also appear, the mountaineers, handball players, rugby players, bowlers, judokas, later karatekas, gymnasts, athletes, shooters, kickboxers. In all these sports, ”Radnički” shows big success. Some of its clubs won 40 team titles of the state champions. Female handball team has been achieving the greatest successes, three times winning the Cup of European Champions and European Cup Winners’ Cup. The sportsmen of ”Radnički” have won 14 Olympic medals, 32 at the world and 42 at the European championships. ”Radnički” was and remains the hothouse from which the most successful coaches and sports workers originated, but also a school of life through which, by nurturing the spirit of the Romantics from the Red Cross Square, many of them completed their studies together with sport, made their doctoral thesis and became university professors. 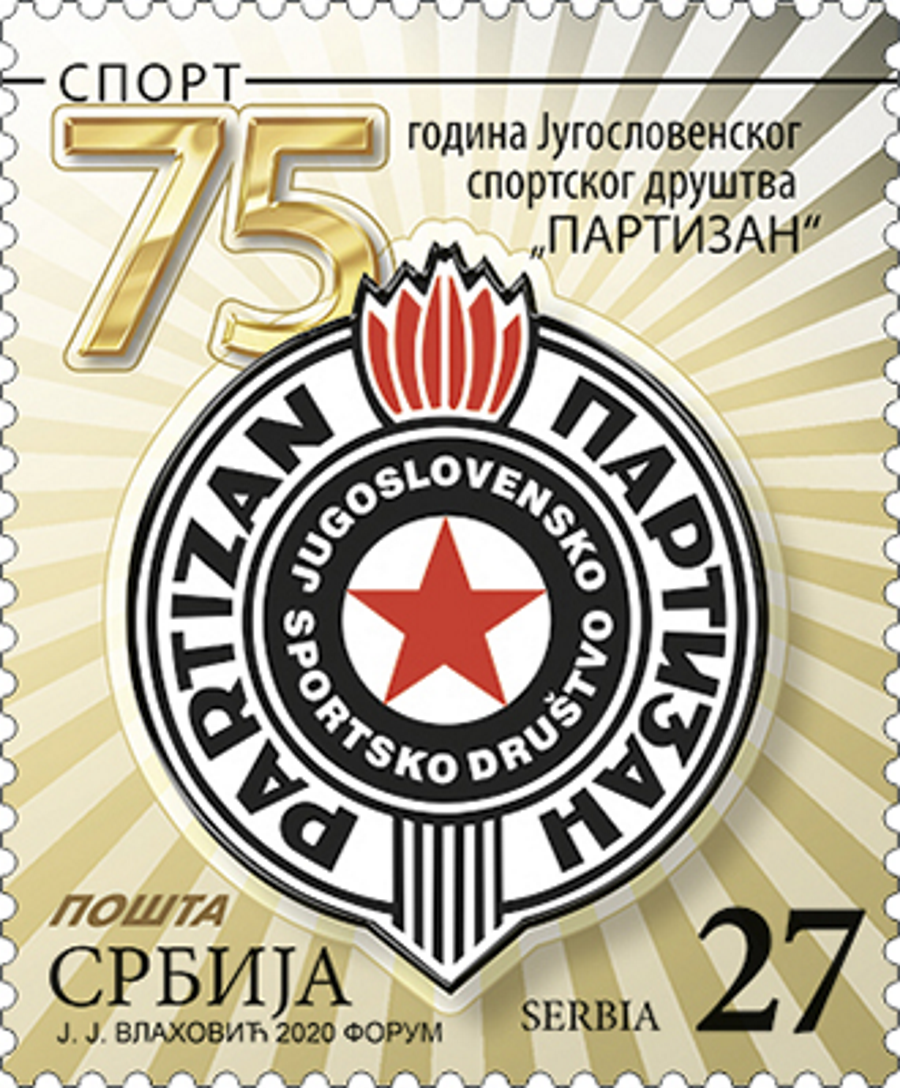 75th anniversary of Yugoslav Sports Association ”PARTIZAN”
The Yugoslav Sports Association ”Partizan” was founded by the victors over fascism – the partizans, in a similar fashion to similar sports models in other countries. At the first post–war All–Army championship, in the summer of 1945, the idea was born that, under the auspices of the Army, a football club was first to be formed. Shortly afterwards, on October 4 of the same year, the Partizan was founded at the present Home of the Army in Belgrade, as the Fysical Education Society of the Central Home of the Yugoslav Army. 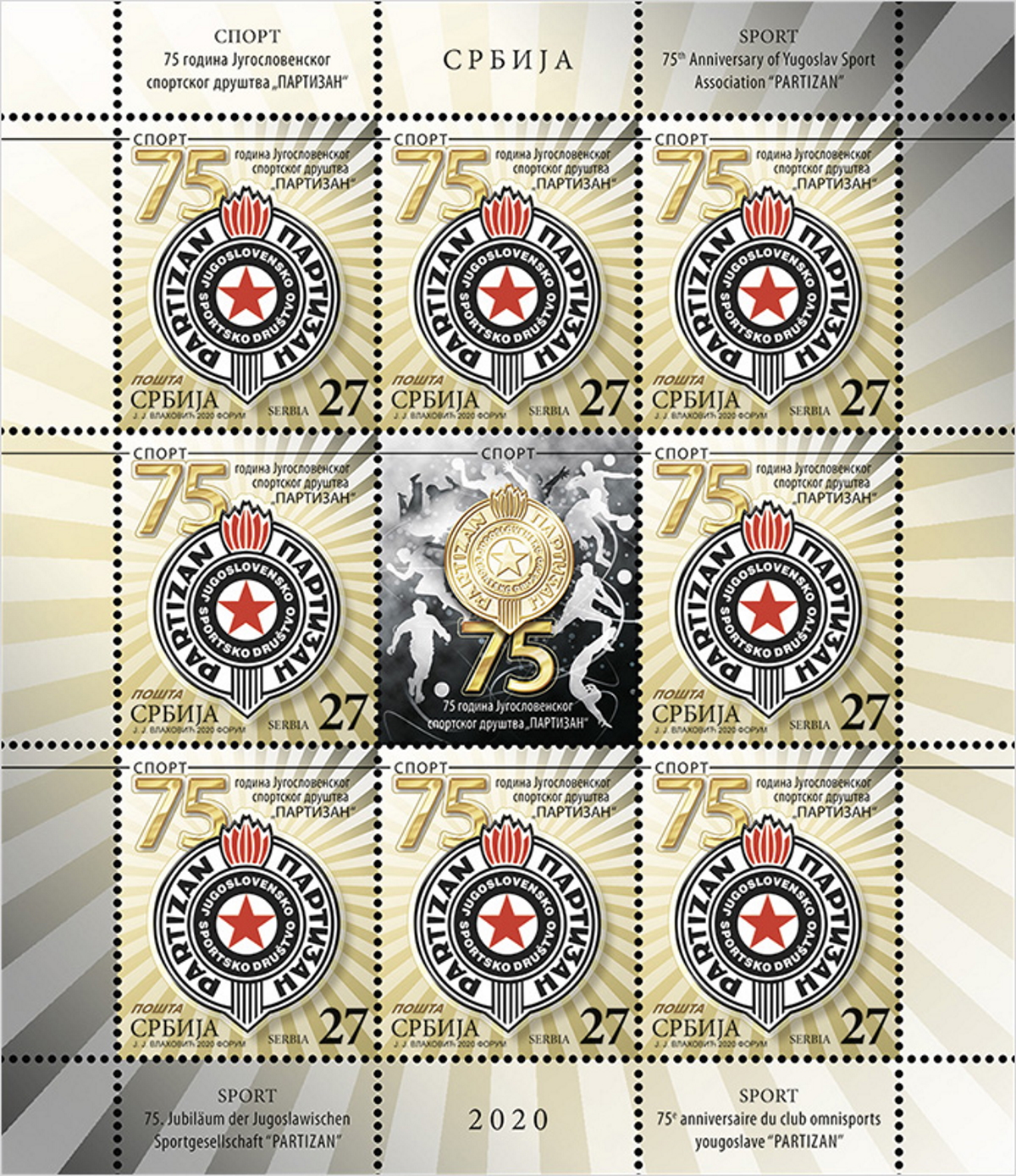 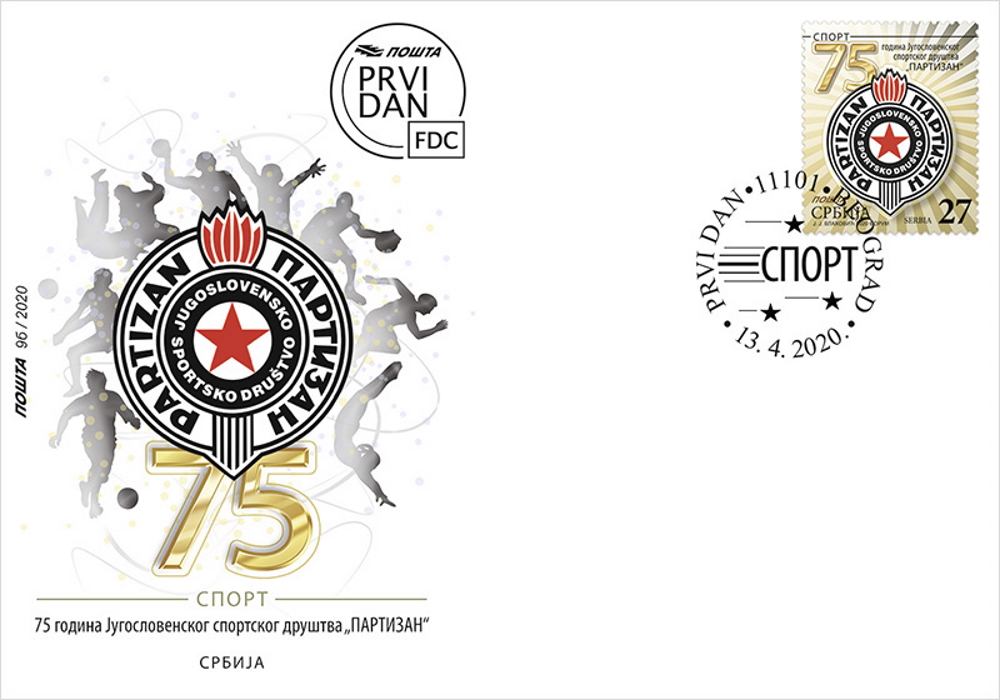 Within the Association, football, basketball, athletic, volleyball and chess sections were formed, which, over time, became new clubs by joining the new sports branches. There are 24 clubs today in Partizan family. There remained a record that the footballers had their first appearance on 6th October, 1945, at the match against the selection of Zemun in which Partizan won 4:2. In the year 1953, Partisan stops to be related to the Army in organisational aspect and becomes the civil sports association. The results of the Partizan sportsmen continually surcome even the most daring dreams of their founders. Numerous titles of club Europe champions, Olympic medals, world and Europe medals, titles of team and single state champions and Cup winners, all that make YSA ”Partizan” one of the most successful sports associations.

With victorious energy and emotions aimed at achieving the highest sporting goals, generations of Partizans 75 years pass the glory of the founding red-blue, today’s black-and-white colours, as well as Yugoslavia and Serbia, to the pride of all who carry his name in heart. 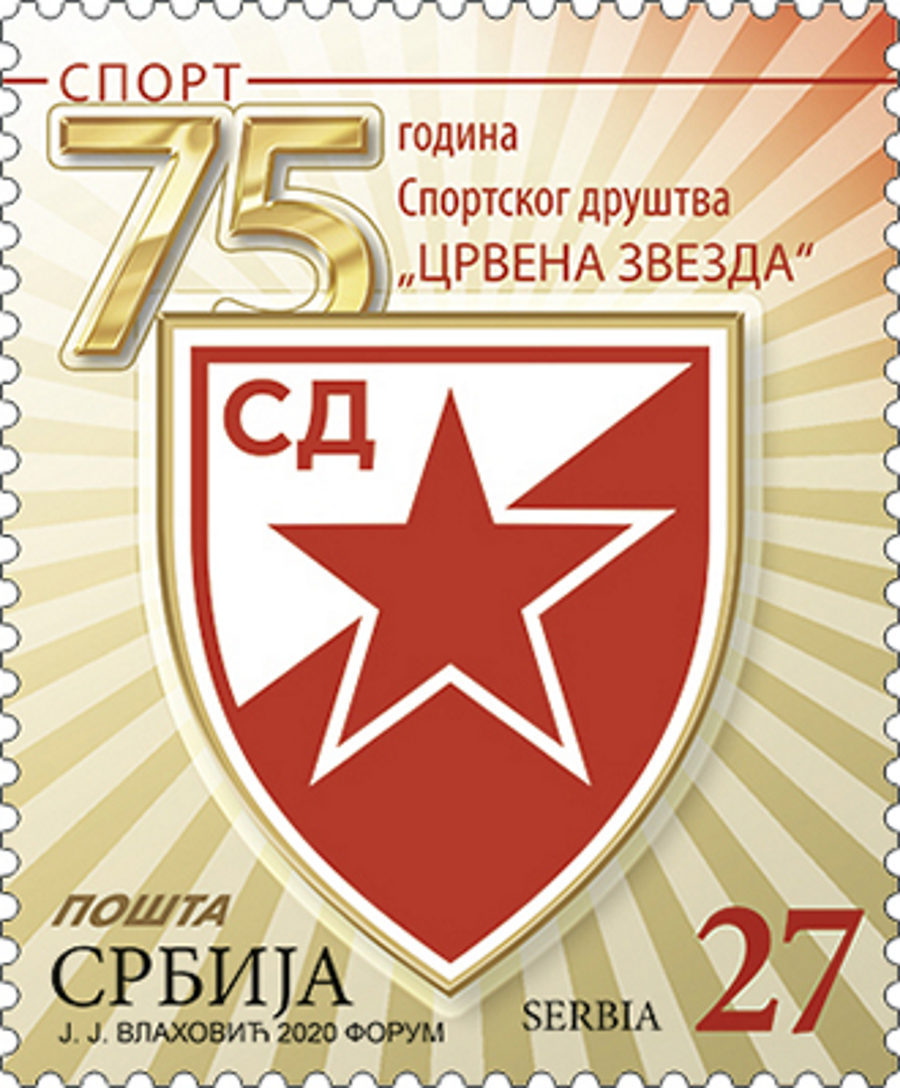 Since its founding, ”Crvena zvezda” has been following the cult of a large sports family with charisma and successful results. In the past 75 years, the athletes and clubs of the “Crvena zvezda” SA have been a real example of a good and harmonious organization with the largest number of fans in this part of Europe. 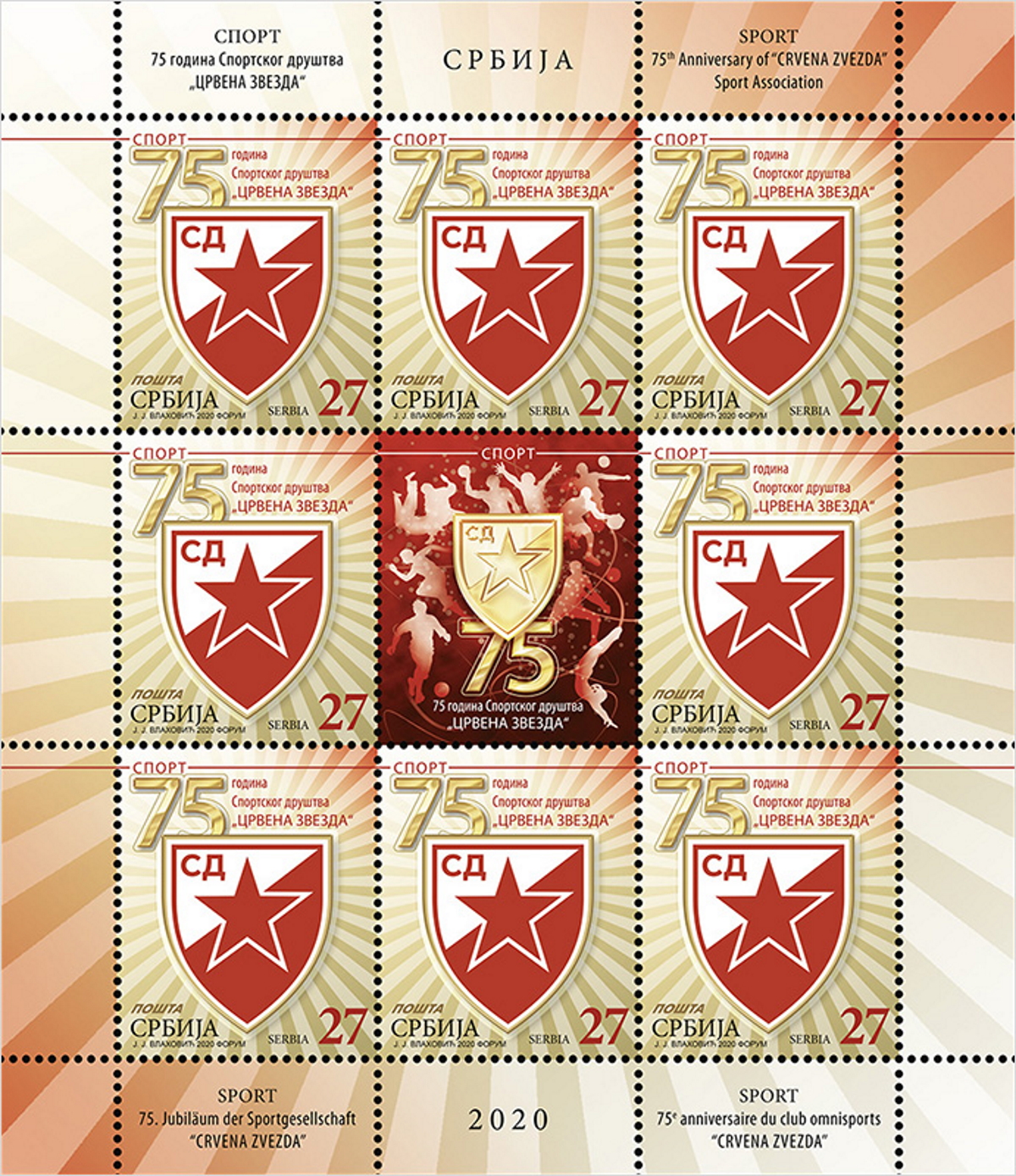 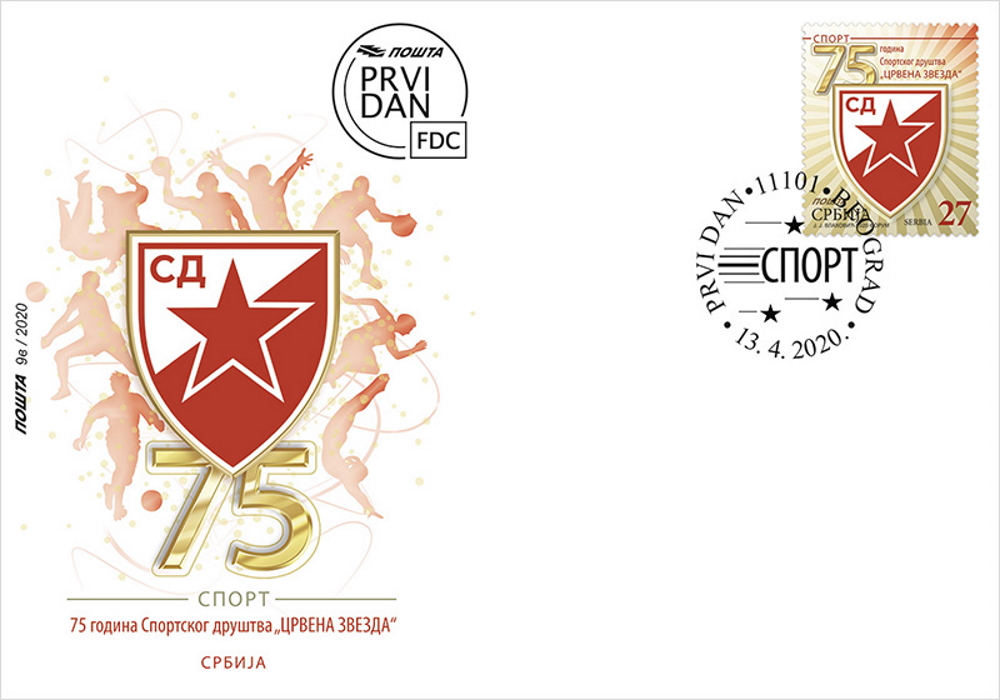 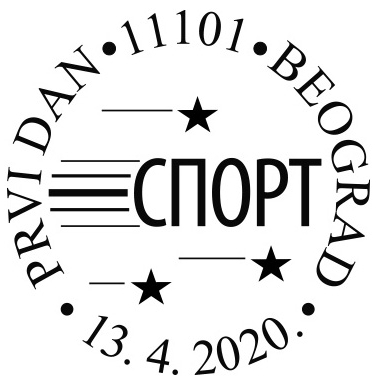