At the territory of Serbia, ever since ancient times until the 19th century, there had always been a network of objects and people organized for transmission of letters, for the needs of state administrations. However, the citizens of those states could not use this network for their private purposes. According to Sretenje Constitution (1835) and the Constitution from 1839, the Ministry of Internal Affairs was assigned to establish public postal traffic in Serbia. The Ministry employed its business space and its clerks in order to open the first post office in Belgrade on 25 May / 7 June 1840, and soon afterwards the other post offices in Serbia.

The Postal Administration, as a department within the Ministry of Internal Affairs, initially had only 17 clerks, post masters and 16 post masters in Serbian towns. Those were the pioneers of the great system which, at the beginning of the 21st century, had 17,000 employees engaged in postal traffic. In the meantime, the Serbian Post was the first institution in Serbia which in 1891 trained, and in 1892 employed women – the first female post clerks. 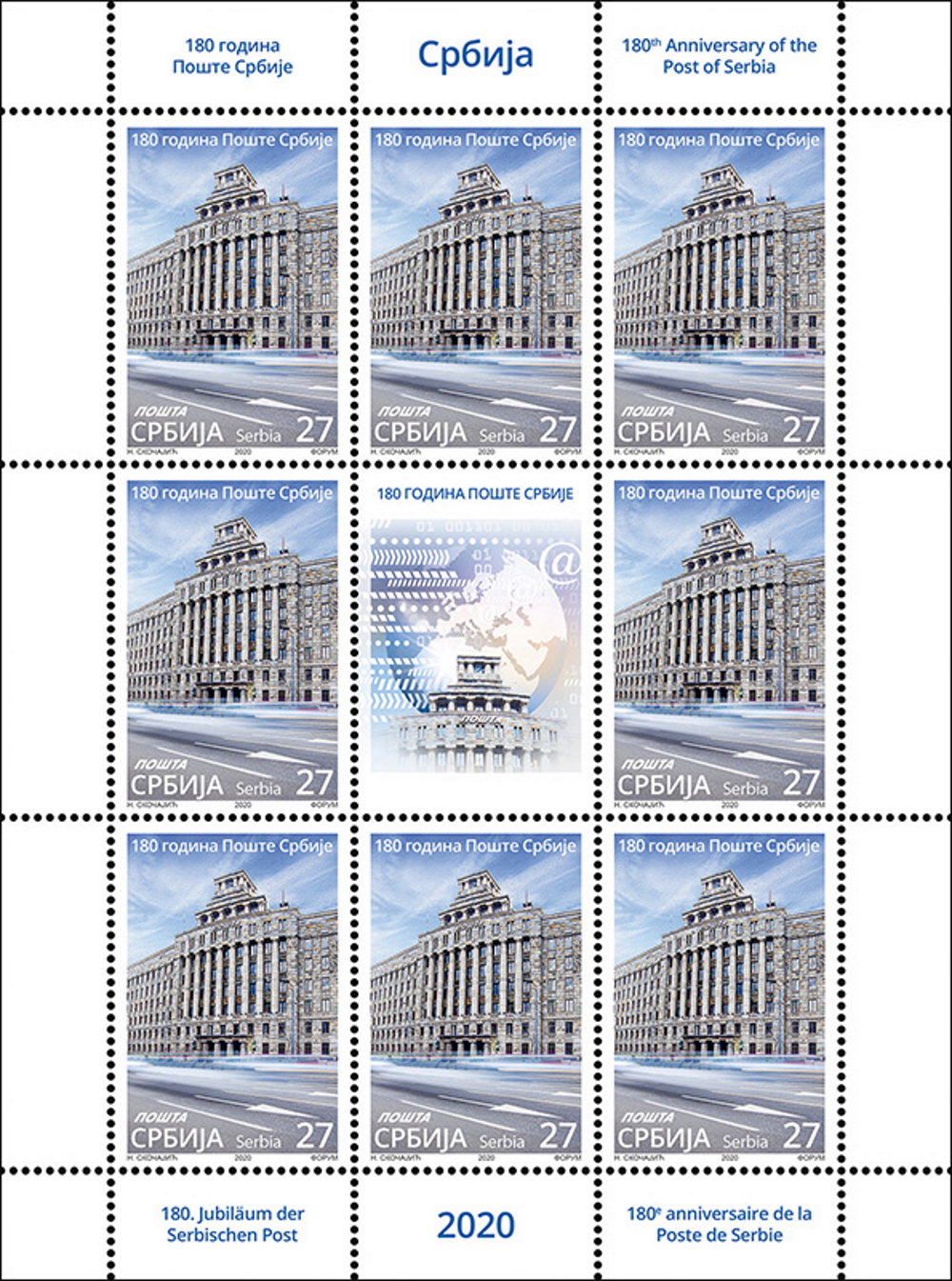 In 180 years these people conveyed billions of postal items, among which there were millions of postal items from different culture fields – books, magazines, vinyl records and discs, film rolls, works of art… Even at the beginning, the Serbian Post had understood the value of literacy, and culture in general, so the conveyance of newspapers and books for Serbian readers, from 1846 was free of charge. 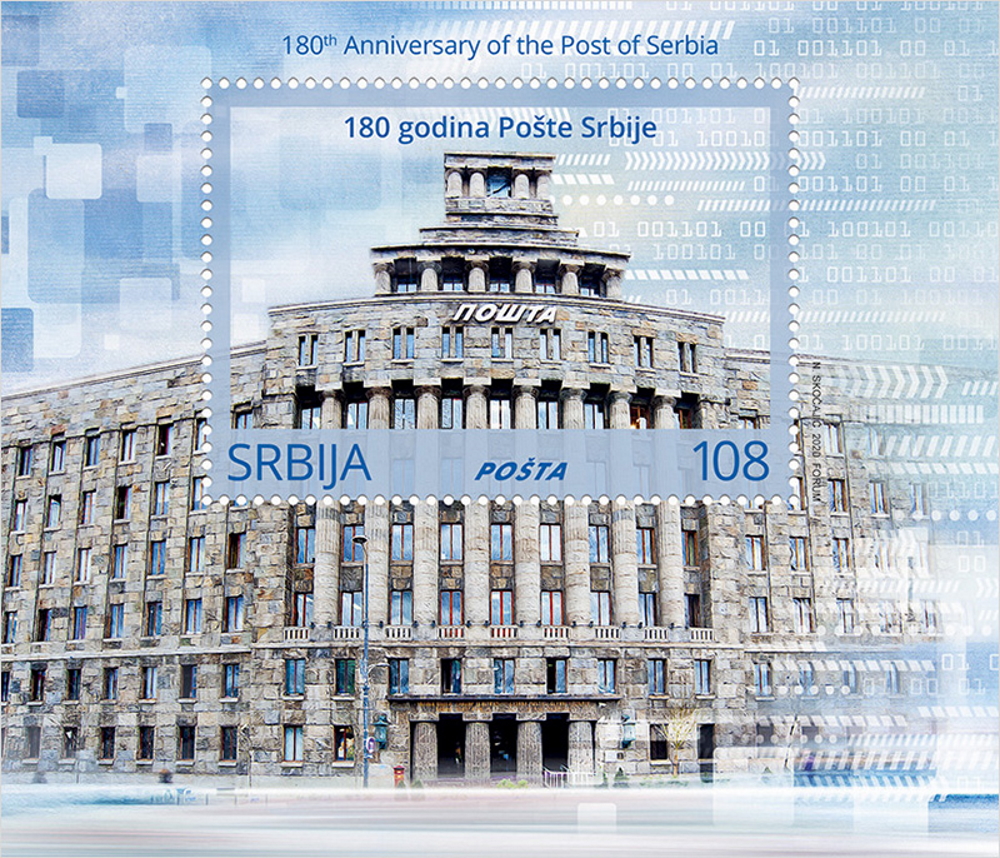 With its continuous existence the Post of Serbia also represents a confirmation of continuity of the modern Serbian state and it is an indicator of technological progress and modern aspirations of Serbia – from printing of the first postage stamps in 1866, via participation in the founding of the Universal Postal Union in Berne in 1874, the introduction of the telegraph in 1855 and the telephone in 1883, the establishment of Telekom Srbija a.d. 1997, until the opening of the most modern Regional Postal and Logistics Centre Belgrade in 2014, which achieved a higher level of quality of existing services and introduction of new ones in domestic and international postal traffic, especially in the segment of logistics services and electronic commerce.

The Post of Serbia enters its 180th year of existence laureled by numerous awards and recognitions and it continues to act as an important part of the modern national history of Serbia. 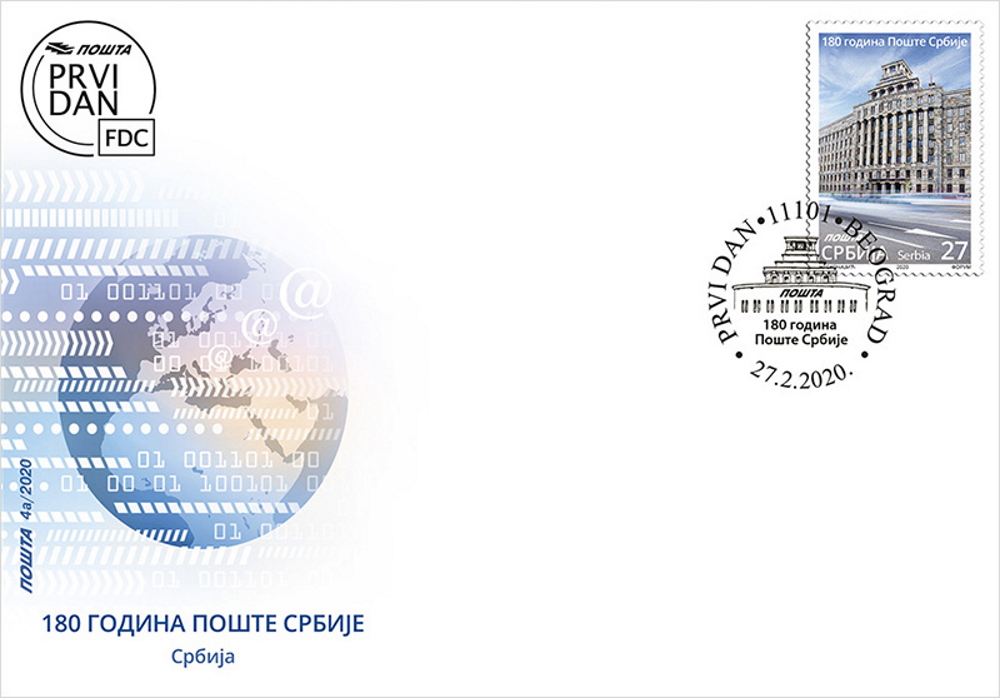 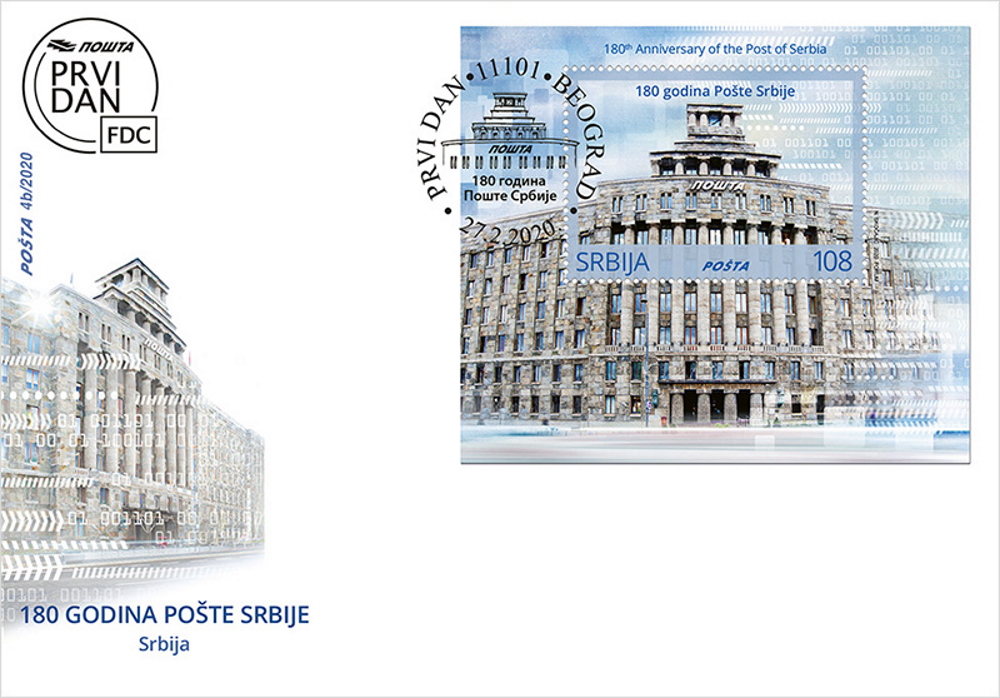 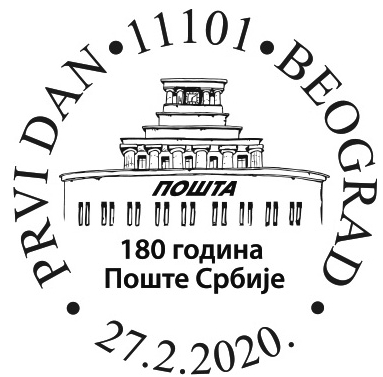