In the middle of the winter of 1915/1916 the Serbian Army, in the jaws of the army of the Central Powers, was forced to retreat followed by masses of people. On the Albanian coastline of the Adriatic they were all saved thanks to the magnificent humanitarian-military operation of the Italian Royal Navy.

From December 12, 1915 to February 29, 1916 the Ita-lian Navy evacuated from Albania: 260,895 Serbian soldiers and refugees, 24,000 Austrian soldiers – prisoners of war of the Serbian Army, 10,153 horses, 68 cannons and 300,000 tons of food and supplies. Along with the Serbian Army and people, the Serbian Parliament, Government, Church, head of the Military, King, archives and treasures were evacuated. A total of 248 water crossings were conducted utilizing 350 ships.

After long years of grueling trench warfare, only the Serbian Army was able to break through the Salonika Front and with continuous progress it determined the victory of the Allies in the Great War. But there would not have been that victorious Serbian Army if a few years earlier the Italian Royal Navy had not been on the coasts of Albania to extend a helping hand and deliver it to safety.

The evacuation of the Serbian Army and people is a precursor to today’s humanitarian operations and still remains recorded as the most important and most complex operation of international humanitarian assistance and rescue of all time. By issuance of appropriate postage stamps on the Centennial of conclusion of the Paris Peace Conference, we pay tribute to those who sacrificed their own lives to save hundreds of thousands of civilians and soldiers. This is the best way to recall the enormity of the tragedy of war, even when it inspires such extraordinary episodes of solidarity and friendship of two peoples.

Motifs on the stamps: 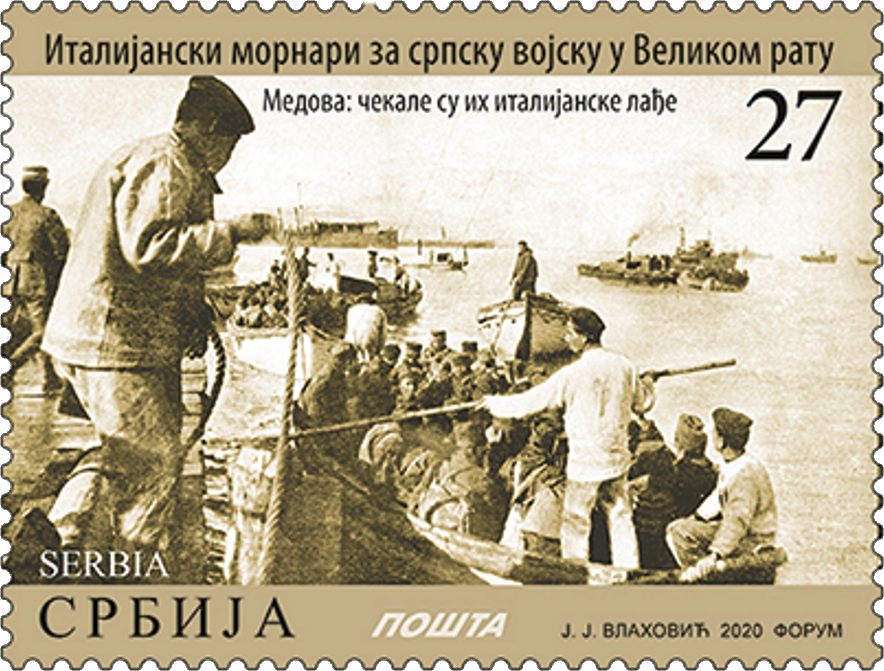 27 RSD – Medua: Italian ships were waiting for them; 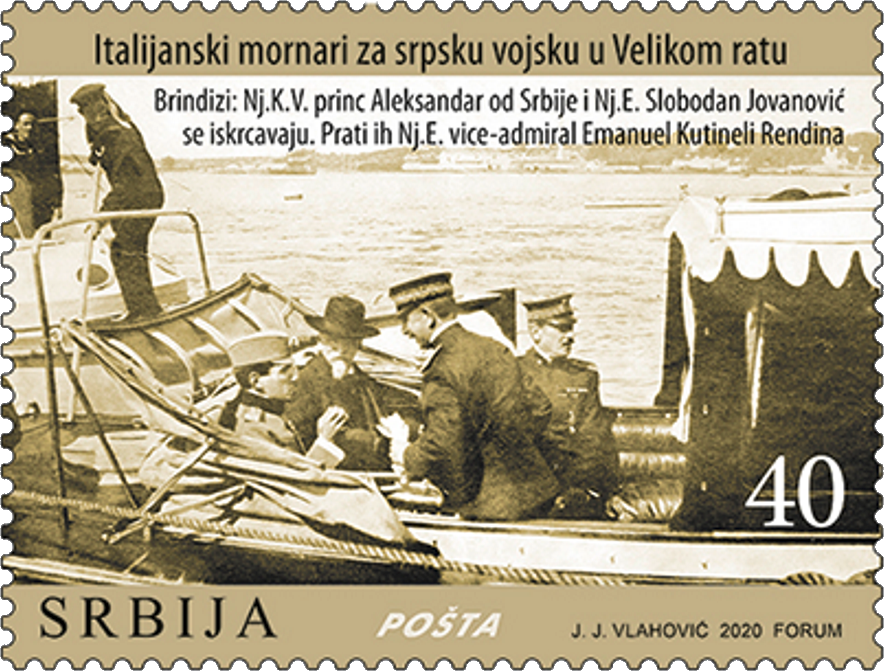 40 RSD – Brindisi: His Royal Highness Prince Aleksandar of Serbia and His Excellency Slobodan Jovanovic unloading. Accompanying them His Excellency Vice Admiral Emanuele Cutinelli Rendina, Commander of Operations for the transport of the Serbian Army; 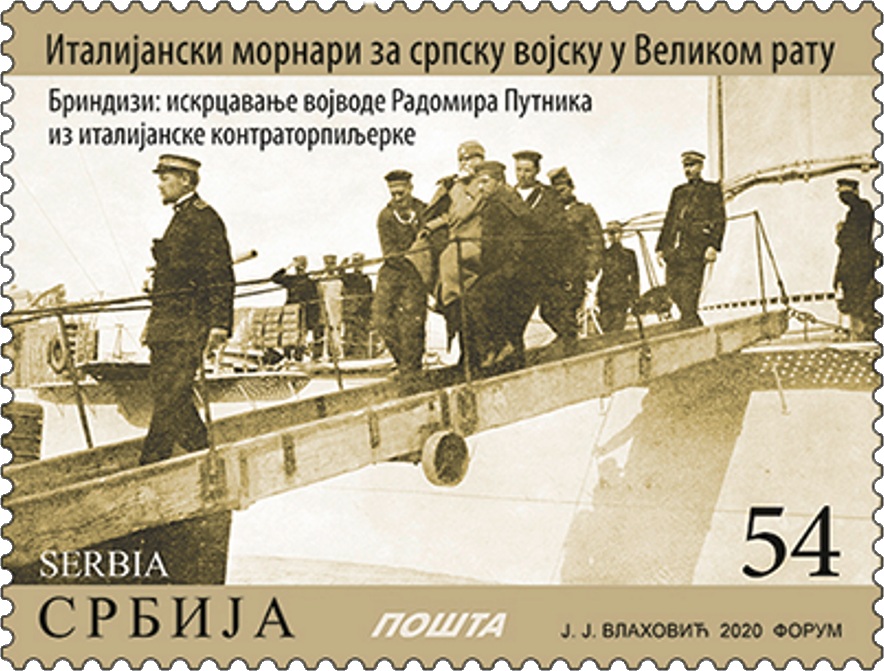 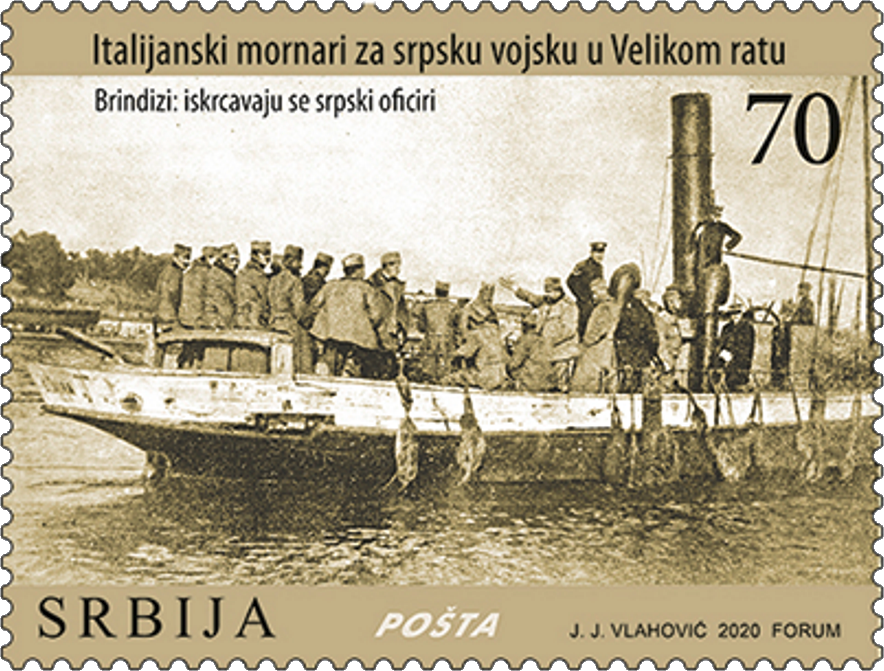 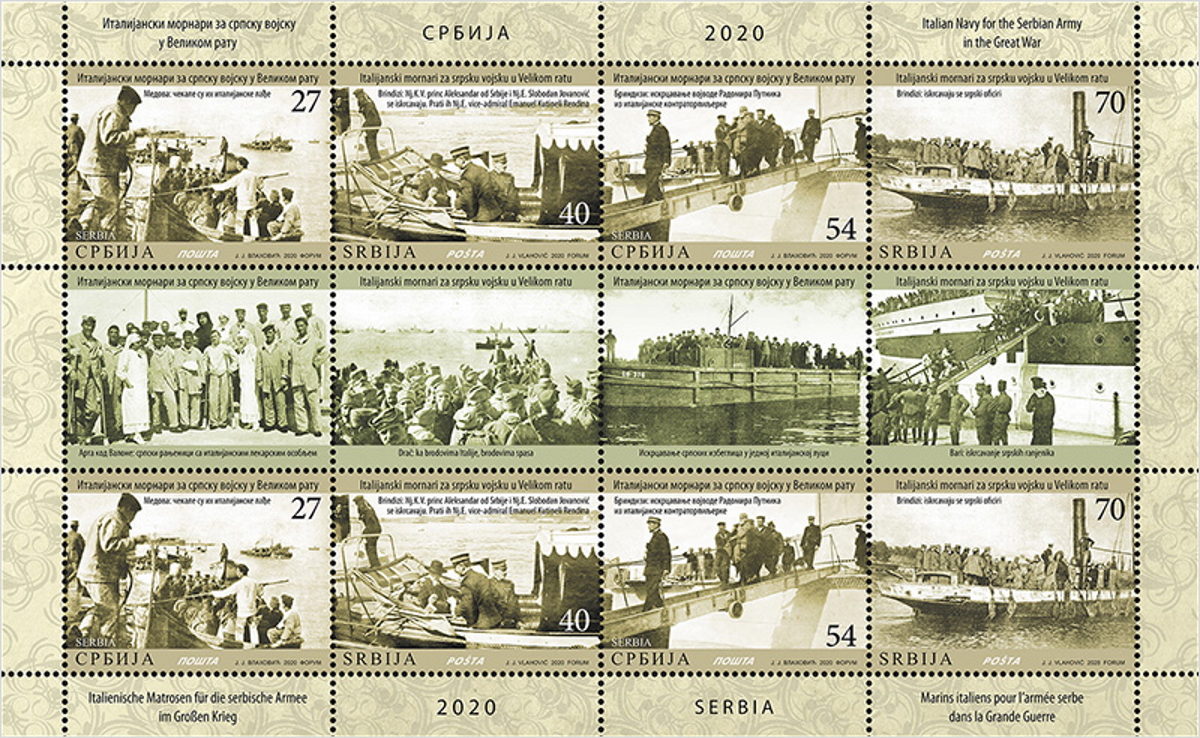 Motifs on the vignettes: 1 – Arta near Vlora: Wounded Serbs with medical staff; 2 – Durres: To the Italian ships, the ships of salvation; 3 – Serbian refugees disembarking at an Italian port; 4 – Bari: Serbian wounded disembarking at the italian port. 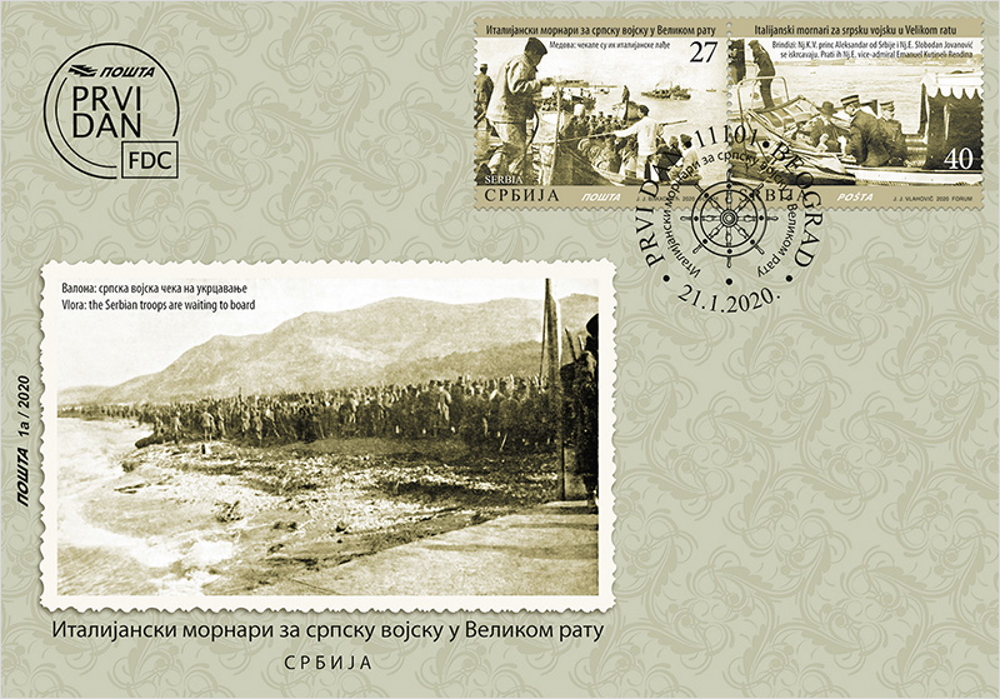 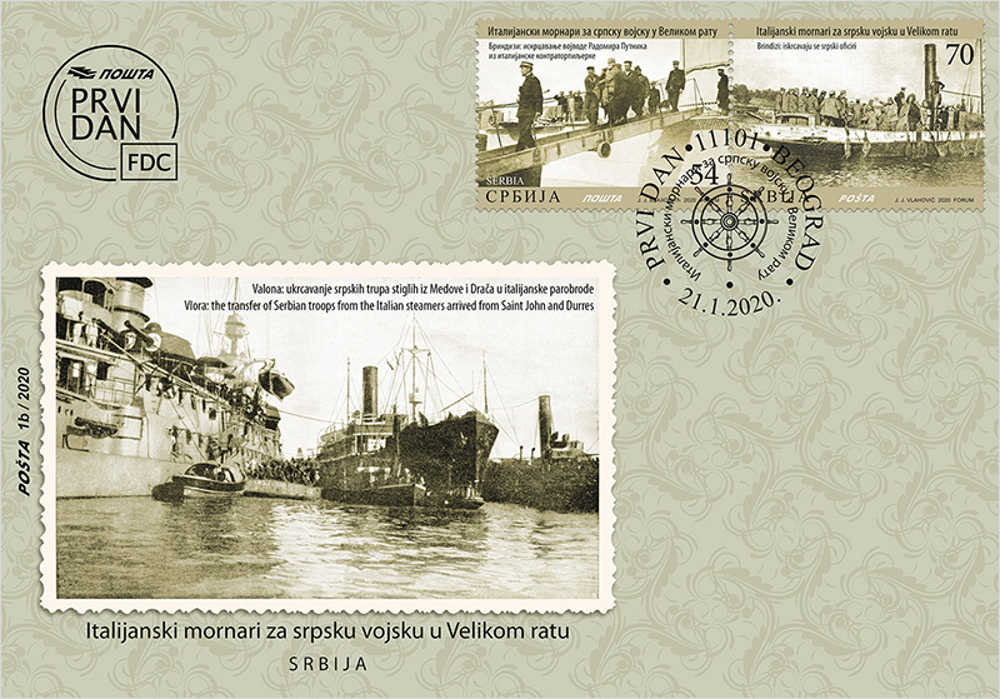 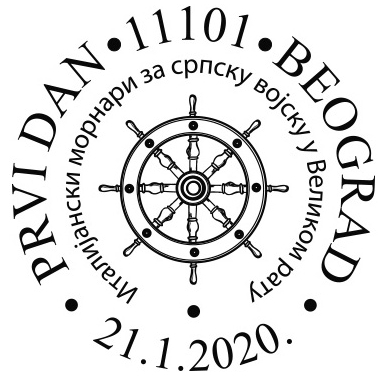