The emission is composed of a leaf with nine stamps representing the outer space, with many stars, coloured
nebulae in the background and our solar system in the foreground. The design of the planets, their colors and textures were created based on NASA references. On the left appears the Sun and in sequence, respecting the order of the planets’ orbits, appear Mercury, Venus, Earth and Moon, Mars, Jupiter, Saturn, Uranus and Neptune. The Technique used was digital art.

The Solar System comprises the set constituted by the Sun and all the celestial bodies that orbit it, either in direct form, as the planets and other small bodies, or in indirect form, as the natural satellites. It is a dynamical system in which the bodies are continuously interacting between them, mainly through the force of gravity. The Sun is the central star, concentrating 99.86% of the total mass of the system and generating its energy through hydrogen fusion into helium, its main constituents.

The planets closest to the Sun, Mercury, Venus, the Earth and Mars, are composed mainly of rock and metal and have a solid surface that characterizes them as tellurian planets. The farthest ones, Jupiter, Saturn, Uranus and Neptune, concentrate 0.13% of the total mass of the system. Jupiter and Saturn are gas giants, consisting mainly of hydrogen and helium. Uranus and Neptune are ice giants, composed of hydrogen and helium but with a high content of volatiles, such as water ice, ammonia and methane.

Throughout the Solar System there are numerous small bodies. Among these are 800,000 asteroids, essentially rocky objects that are concentrated in a strip or belt between the orbits of Mars and Jupiter. Besides the orbit of Neptune, the small bodies are composed mainly of ice and are grouped, mainly, in two populations: the Kuiper Belt and the Oort Cloud. Some of these bodies are sporadically thrown into the inner part of the system where, by the action of solar heat, they become comets. 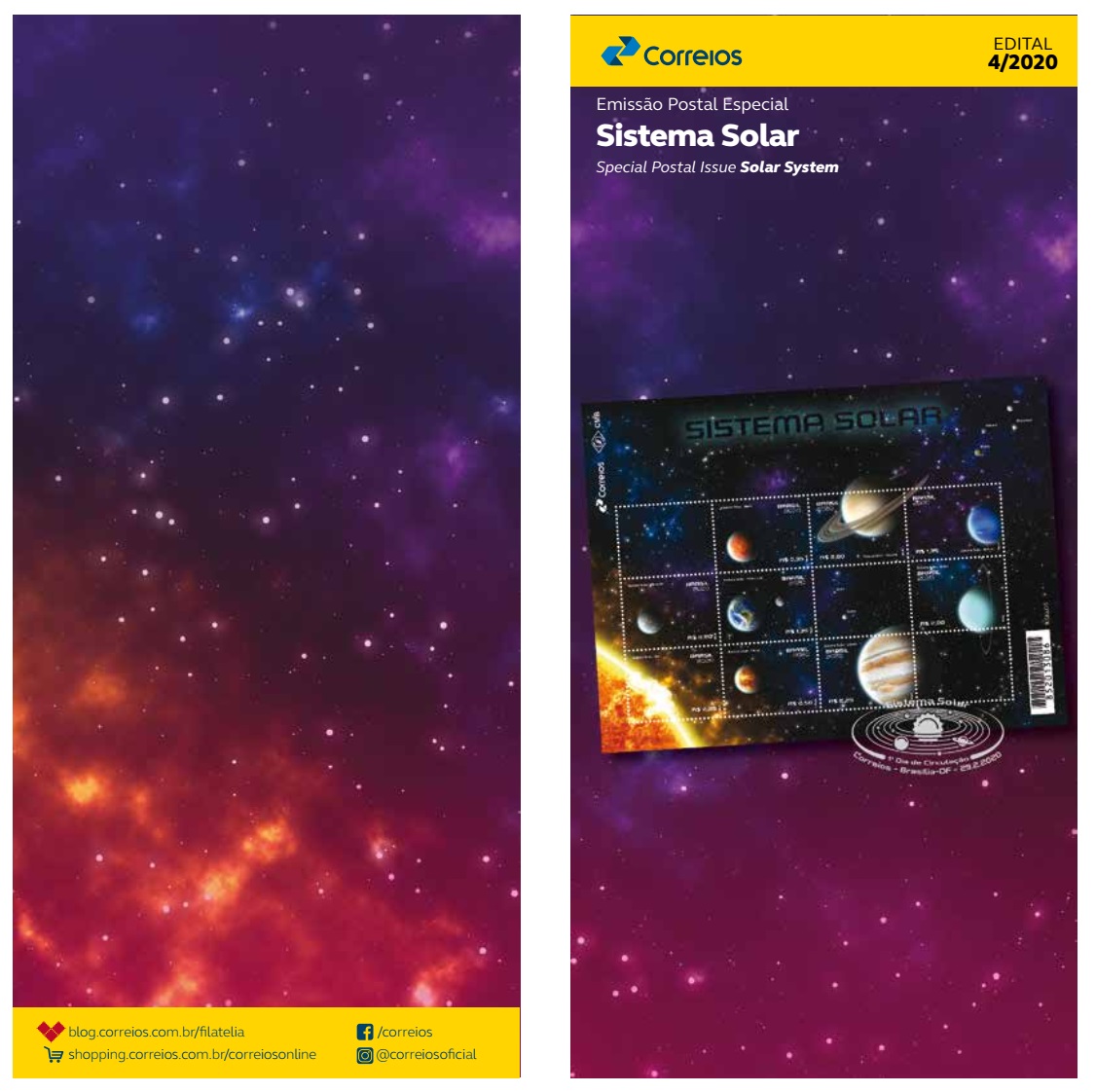 Among the small bodies, some are large enough to be rounded by their own gravity, being classified as dwarf planets. In this category are the asteroid Ceres and the trans-Neptunian objects Pluto and Eris. The Hygiea asteroid and the Haumea and Makemake transNeptunian objects, along with a dozen other small bodies, can also be considered dwarf planets, although this is still subject to debate.

All planets and minor bodies, with the exception of some comets, describe around the Sun elliptical orbits that are located close to a plane, called the Ecliptic. Six planets, four dwarf planets and more than 330 smaller bodies have natural satellites or moons orbiting around them, with the most varied shapes and sizes. Saturn and Jupiter have the largest amount of moons. The 4 giant planets also have ring systems, formed by bands of tiny particles of ice and dust.

The Solar System originated 4.6 billion years ago from a molecular cloud that collapsed and formed the Sun, with a remaining disk around from which the other bodies were generated. Initially, the giant planets did not occupy their present positions, having formed closer to the Sun and later migrated to their present orbits. Some dynamical properties of the Solar System components can only be explained by assuming that in the past there was a third ice giant, which was at some point expelled from the system due to a strong gravitational interaction with Jupiter.

The structure of the Solar System has been the object of study since antiquity, but it was only in the 16th century that it was recognized that the Sun, and not the Earth, is the center of the system. The ancients had identified only the existence of the 5 planets closest to the Sun, clearly visible to the naked eye. Uranus, although also visible to the naked eye, was only identified after the invention of the telescope. Since then, the evolution of astronomical research equipment has made possible the expansion of the boundaries of the Solar System, besides providing a better understanding of its origin and evolution. Today, the Sun and all planets have been visited by at least one space probe, either orbiting them and/or descending into its atmosphere or surface. Venus and Mars hold the record for visits. Probes have also visited some satellites, particularly the Moon with more than 70 missions accumulated, plus 2 dwarf planets, 15 asteroids and 8 comets. Space exploration has allowed to obtain unprecedented details, through images and data with an accuracy never before achieved.

The Brazilian Post, through this emission, has the intention to bring to the broad public the dissemination and knowledge about the Solar System, subject of great importance for the scientific world and never before portrayed by the Brazilian philately. 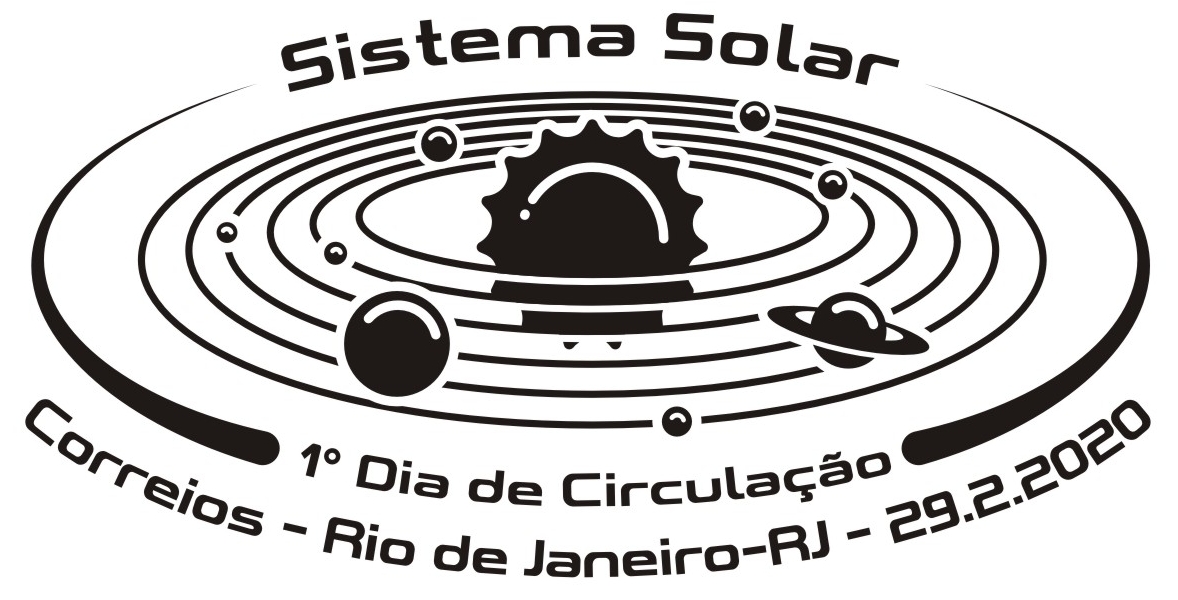