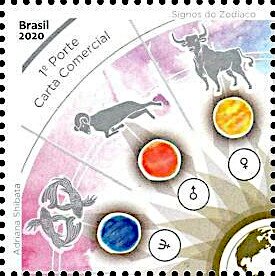 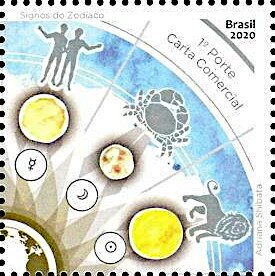 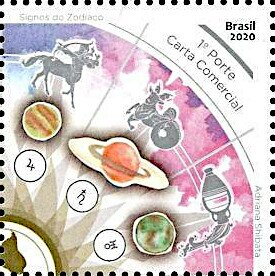 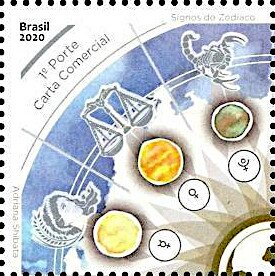 Zodiacal mandala – putting the pieces of the puzzle together

To mark the astrological cycle of years 2019/2020, Correios Brasil launched 12 stamps honoring each of the signs of the Zodiac. Now, at the end of it, we toast the philatelists and Astrology lovers with a sheet that gathers all the signs in mandala format, this design that has fascinated and intrigued since antiquity.

The word mandala comes from Sanskrit and means circle. Its use in spiritual practices was already observed since the 8th century, in the region of Tibet, where the mandala, according to the Buddhist tradition, was considered a window for self-knowledge and for the understanding of the cosmos. However, circular forms are found in several ancient cultures, linked to calendars, astronomical observations and other natural cycles.

Astronomy and Astrology were once a single science. Astronomers of antiquity, believing in the power of the stars to rule and influence aspects of life, divided the sky into 12 parts, considering the orbit of the planets observed from the Earth. For each part they assigned a sign, according to the constellation ighted in that particular region of the sky.

Around the 16th century BC, the Babylonian astrologers, using the 360 degree circle (a zodiac of 12 signs similar to those of today), developed ephemerides (astrological data tables) that listed the planetary positions and eclipses. A thousand years later, they created the concept of natal astrology, which was seen as a predictor of a person’s life. The astrological chart, in mandala format, gathers all the deep and inspiring information about an individual and his personality.

In the zodiacal wheel is represented the totality of human experience, where each sign indicates a basic type of personality, determined, among other aspects, by the position occupied by the Sun at the moment the person was born. Each sign has its positive side, constructive (light), and its negative side, destructive (shadow). 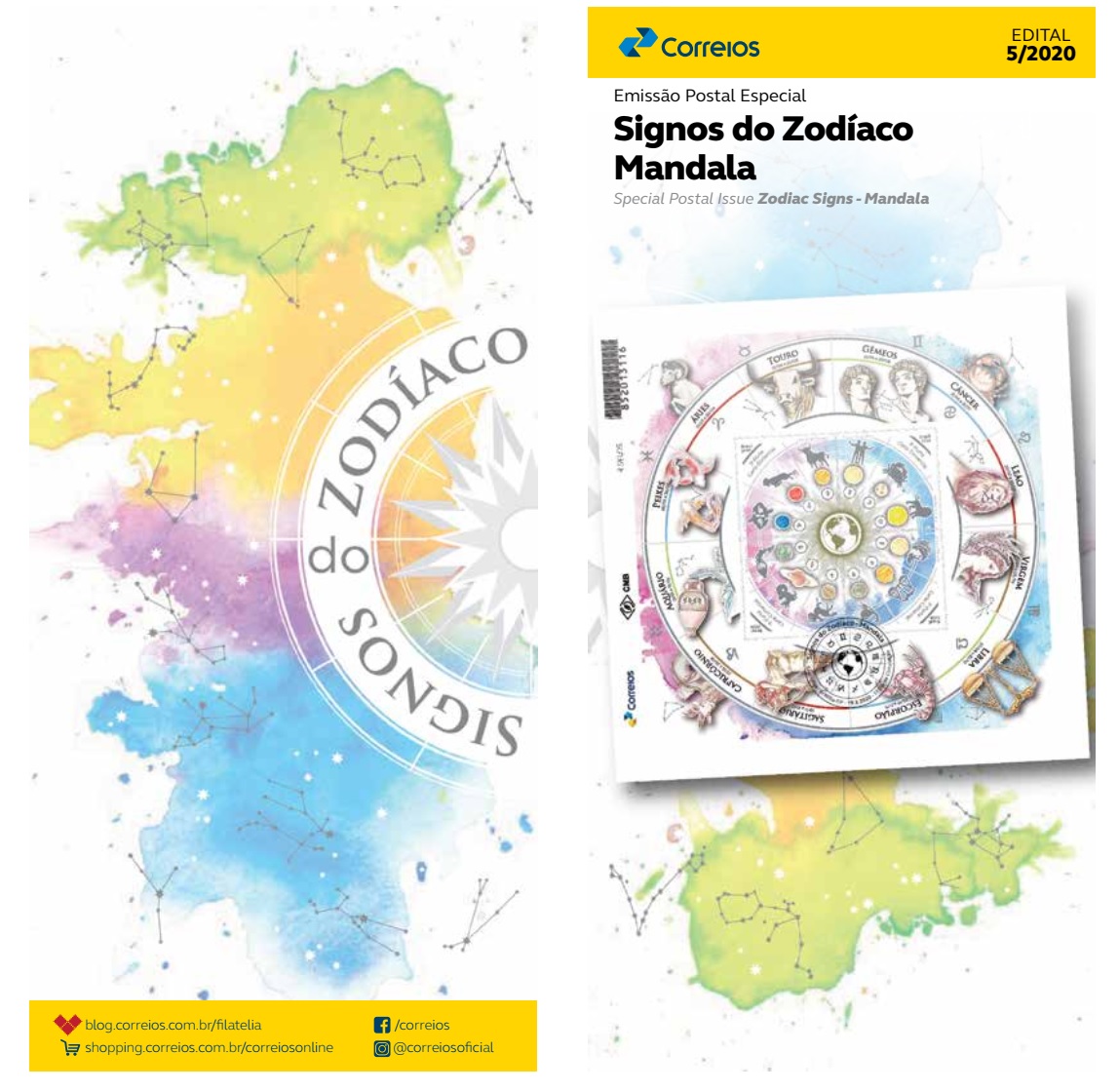 The astral map is like a picture of the sky at the moment of a person’s birth. Besides the signs of the zodiac, this map comprises the four elements (fire, earth, air and water), the qualities (cardinal, fixed and changeable) and the polarities (positive and negative), the planets and their positions, the domiciles (12, in total, which are
equivalent to specific areas of an individual’s life such as “Possessions and personal resources”, “Communication”, “Family environment” etc.) and the aspects (angles that are formed creating geometric relations between the planets: conjunction, sextile, quadrature, trine and opposition). By putting all the parts of an astrological chart together, it is possible to see what is dominant, what is underneath the surface – this is the art of Astrology: to interpret all these elements.

Astrology as a self-knowledge tool

Astrology was once taught in colleges and universities as a specialization and was a required subject for medical students until the end of the 17th century. Today, it is used in various aspects of life. It is not divination, but a tool that helps in the search for selfknowledge. The astral map does not define or label an individual, but it explains behaviors and works as a guide, indicating to people the ways to increase their well-being.

Fact is that Astrology has gained strength, driven by the growing movement of people who seek self-knowledge and the key to the fulfillment of their life purpose, who believe they are inside and not outside themselves.

As the astrologer Oscar Quiroga said: “By making good use of Astrology we will one day come to think about ourselves integrated in the Universe, different from what it is now, in which the word Universe always seems to refer to very distant and intangible events”. 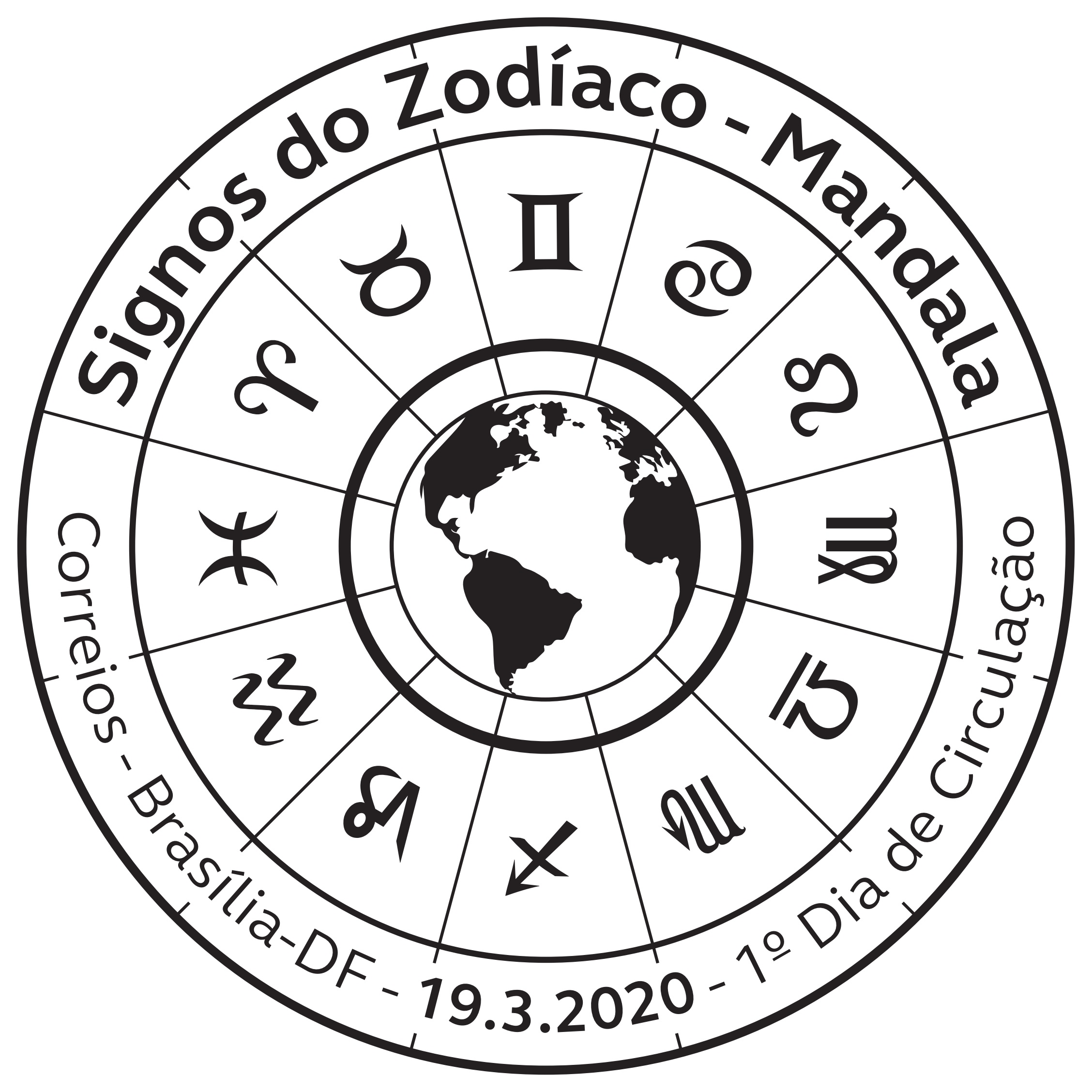