World Day For Safety and Health At Work

This is another unofficial personalized sheet not sold by POS Indonesia. The main images first appeared in a Facebook post by a collector from Jakarta early on the morning of 12 April 2020. Early speculation was that it was either a fake or an upcoming design. It does not bear the usual “Personalized stamp” marking that identifies such sheets printed by the Philately Department. Email confirmation from POS Indonesia came from two sources on 14-15 April and these images were published on the Gulfmann Stamps World blog early on the morning of 15 April. The design was later changed as seen below in the sheet proofs and cover. However, that they were NOT in fact official commemoratives by POS Indonesia was later publicly announced. 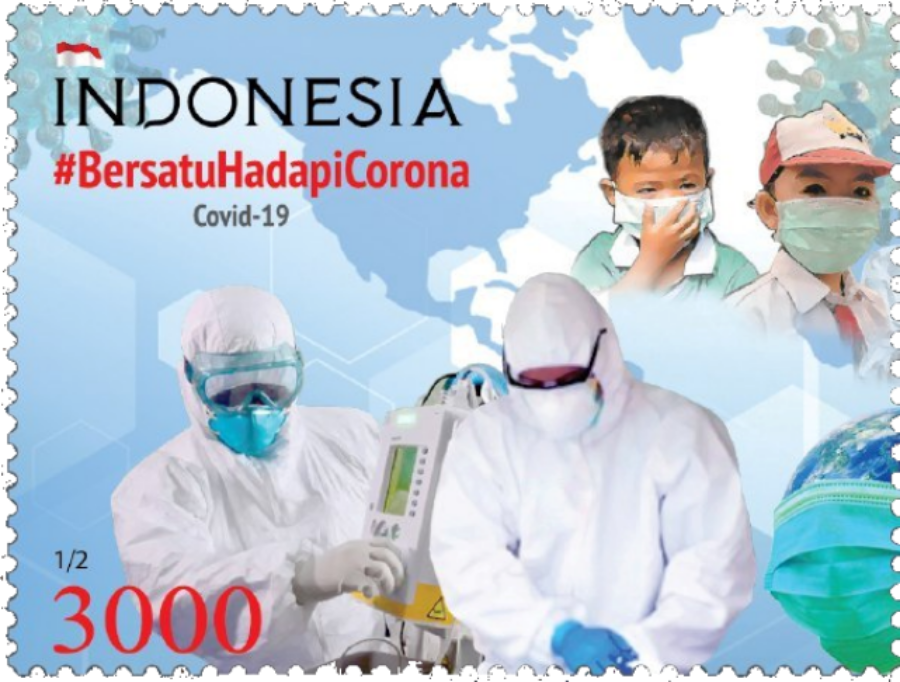 These were printed by PRISMA in Jakarta (which does print the personalized stamps that one can order through POS Indonesia and were created in a limited edition of 1000 uncut sheets to promote the National Face Mask Campaign during the World Day for Safety and Health at Work on 28 April 2020.

The hashtag #BersatuHadapiCorona translates to “United Against the Coronavirus” on the original design. A similar hashtag — #BersatuLawanCovid19 — appeared on the previous (World Health Day) personalized sheet margin along with #Dirumahaja meaning “Stay at Home.” 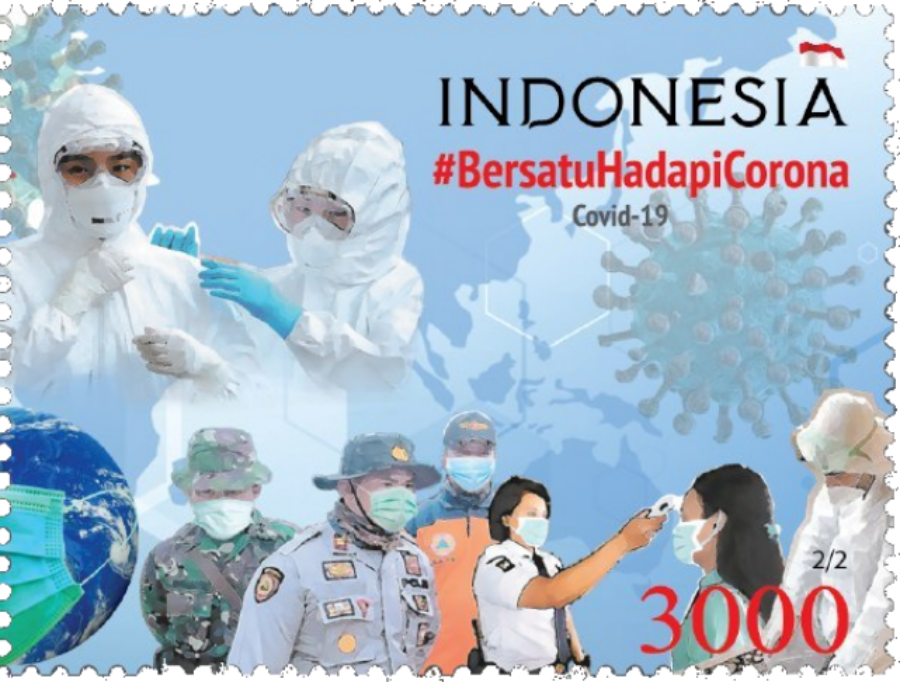