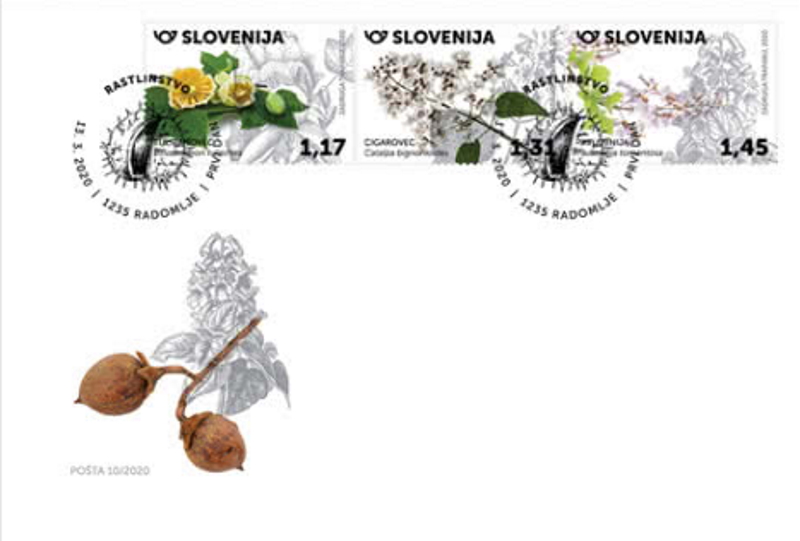 It would be difficult to imagine the parks and other green spaces of our towns and cities without decorative trees. Trees that produce beautiful blossoms are generally more popular than those of a less immediately interesting appearance.

Four stamps present four species of flowering trees from Slovenia’s parks and cities. Gardeners introduced them to this country with great expectations, but the world is changing. New diseases and pests, urbanisation that pays no heed to trees, and climate change – all have had their effect on each of these species. 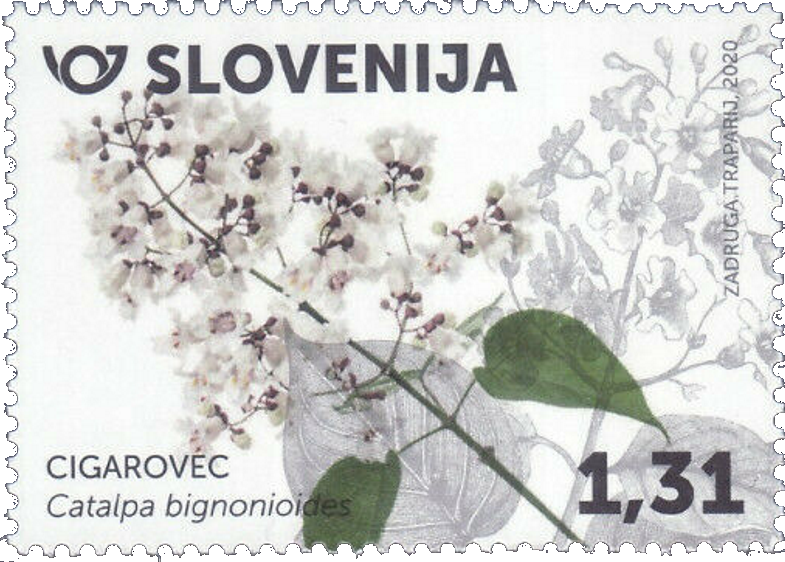 The cigar tree or southern catalpa (Catalpa bignonioides) was a tree from castle parks that also found a home in the environs of new tower blocks, when these were still green and planned with human needs in mind. It produces its white flowers after other trees have already stopped flowering. The negative aspects of the species are leaf diseases and a fragile crown. 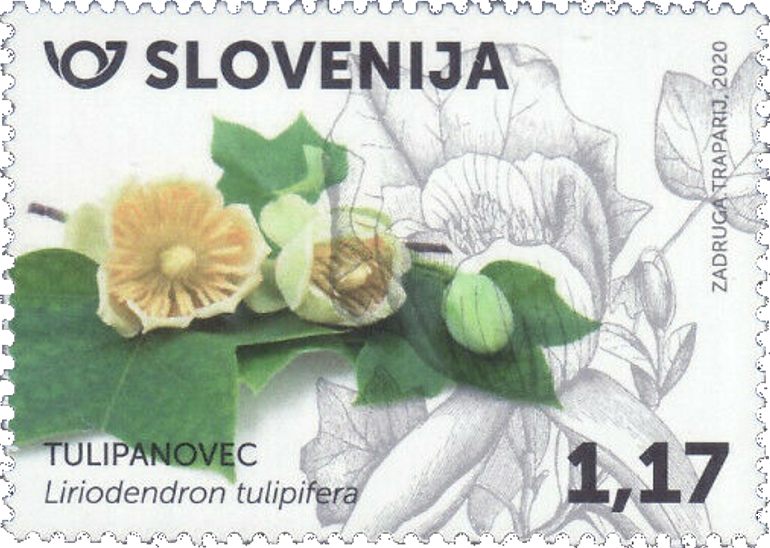 The tulip tree (Liriodendron tulipifera) produces beautiful flowers that attract large numbers of bees. In parks it grows into a shapely, tall tree. If twenty years ago the tulip tree was still recommended for avenues, this is no longer the case today, since it does not do well in the extreme droughts typical of summers affected by climate change. 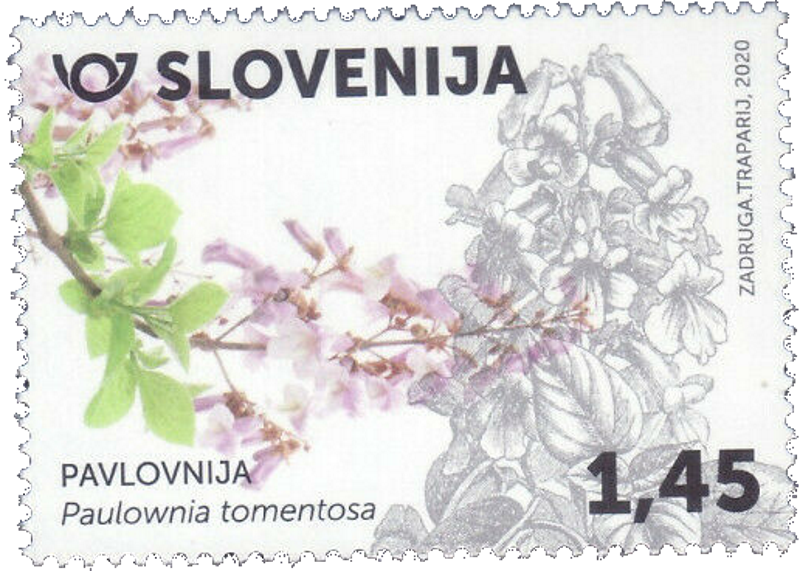 The foxglove tree (Paulownia tomentosa) is one of the few trees to produce blue flowers. Its flowers also have
a wonderful scent. Warm winters in central Slovenia mean that the buds of these flowers are no longer nipped by frost, but more flowers also means plentiful seeds! The seedlings grow explosively and the species is well on the way to becoming a nuisance and invasive species. 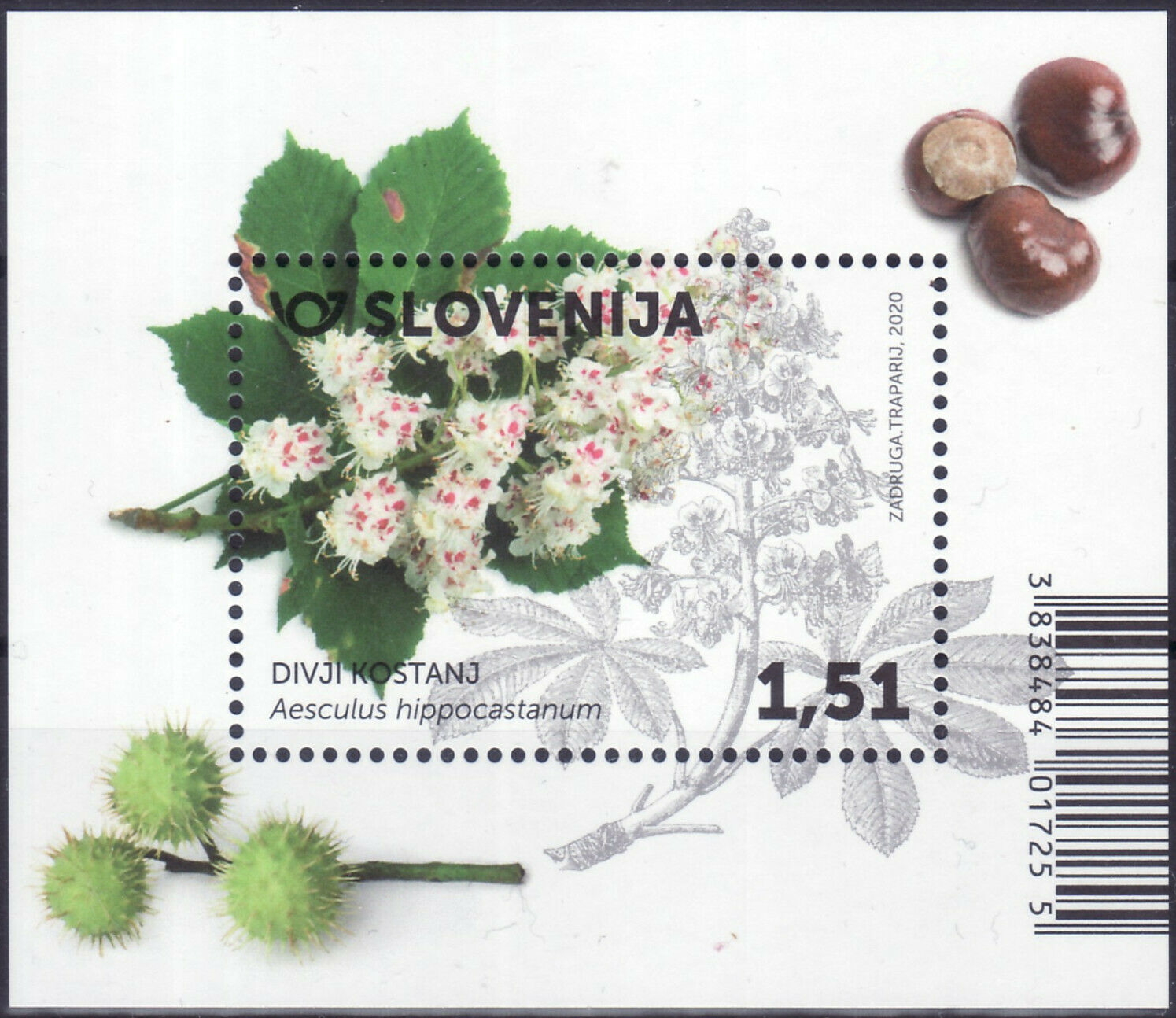 Who does not know this most beautiful of our flowering trees! When it flowers in early May, its entire crown is a mass of white flowers. The shade beneath a chestnut tree is dense and cool. Once upon a time, chestnut trees were found in the garden of every inn.

Though its name in Slovene literally translates as “wild chestnut”, horse chestnut is actually an alien species in
Slovenia. Aesculus hippocastanum was first cultivated in Europe as a decorative tree by the Turks, who introduced it to Christian Europe when they brought it from Constantinople to Vienna in 1576. It spread across
Slovenia in the mid-nineteenth century at the time of the building of the railway.

Many streets are still lined with old rows of horse chestnuts and individual trees in a sorry state. There are many reasons for this: vulgar pollarding of the trees when young, roots that are trampled, driven over and buried under asphalt, fungal leaf blotch disease and the leaf miner moth Cameraria ohridella, which has infested the leaves of horse chestnuts since the 1980s. For these reasons the trunks of the trees are full of hollows and the leaves are already brown by the end of summer. Even more destructive to the horse chestnut than all of the above is the salt that is spread on roads in winter and is then washed into the roots. 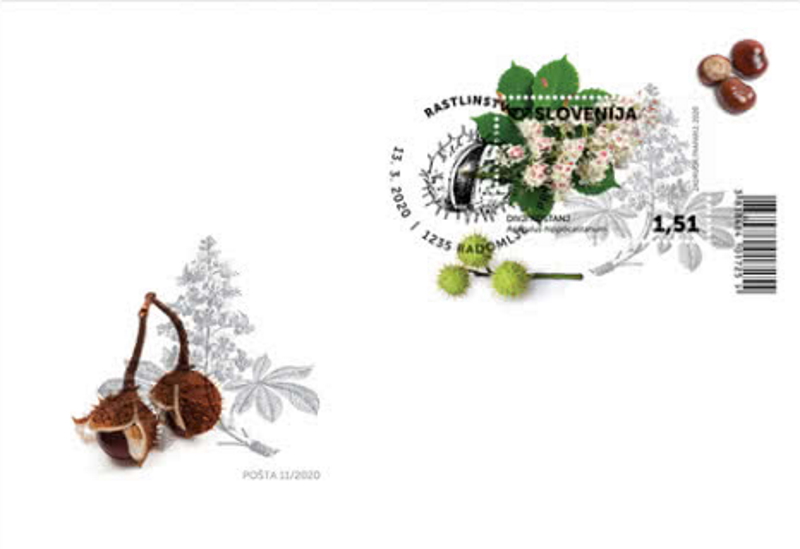 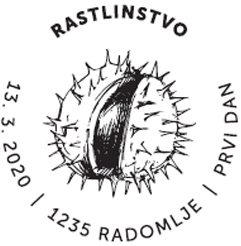