Raffaello Sanzio da Urbino (March 28 or April 6, 1483 – April 6, 1520), known as Raphael, was an Italian painter and architect of the High Renaissance. His work is admired for its clarity of form, ease of composition, and visual achievement of the Neoplatonic ideal of human grandeur. Together with Michelangelo and Leonardo da Vinci, he forms the traditional trinity of great masters of that period.

Raphael was enormously productive, running an unusually large workshop and, despite his early death at 37, leaving a large body of work. Many of his works are found in the Vatican Palace, where the frescoed Raphael Rooms were the central, and the largest, work of his career. The best known work is The School of Athens in the Vatican Stanza della Segnatura. After his early years in Rome, much of his work was executed by his workshop from his drawings, with considerable loss of quality. He was extremely influential in his lifetime, though outside Rome his work was mostly known from his collaborative printmaking.

After his death, the influence of his great rival Michelangelo was more widespread until the 18th and 19th centuries, when Raphael’s more serene and harmonious qualities were again regarded as the highest models. His career falls naturally into three phases and three styles, first described by Giorgio Vasari: his early years in Umbria, then a period of about four years (1504–1508) absorbing the artistic traditions of Florence, followed by his last hectic and triumphant twelve years in Rome, working for two Popes and their close associates.

The souvenir sheet scheduled to be released by San Marino on 24 March 2020 commemorates the 500th anniversary of Raphael’s death.  It depicts one of his many paintings of the Madonna and Child, this one entitled simply “Madonna con Bambino” which is displayed at Casa Santi — the house where Raphael was born — in Urbino, Italy.

Urbino is a walled city in the Marche region of Italy, south-west of Pesaro, a World Heritage Site notable for a remarkable historical legacy of independent Renaissance culture, especially under the patronage of Federico da Montefeltro, duke of Urbino from 1444 to 1482. The town, nestled on a high sloping hillside, retains much of its picturesque medieval aspect. It hosts the University of Urbino, founded in 1506, and is the seat of the Archbishop of Urbino. Its best-known architectural piece is the Palazzo Ducale, rebuilt by Luciano Laurana.

Casa Santi was built in the 14th century and from 1460 Giovanni Santi lived there, father of the famous painter, in turn a professional painter and also a poet.

In 1637 the building, after various passages, acquisitions and divisions, was purchased and restored by Muzio Oddi, local architect, and in 1837 it became the seat of the Raffaello Academy , founded in 1869 by Pompeo Gherardi and promoter of numerous initiatives and studies on Raphael.

The first floor has been furnished with period furniture, which gives the idea of ​​the original house. In the main hall there is a valuable polychrome coffered wooden ceiling and paintings by Giovanni Santi have been placed there; in the adjacent rooms we find other contemporary paintings, reproductions of plates by Raphael himself and the kitchen as it was at the time. In the bedroom where the painter was probably born, the Madonna of Casa Santi is displayed.  This is a Madonna and Child attributed to the very young Raphael. Also on the first floor a typical Urbino courtyard with a well and stone where tradition has it that the stones for the colors of the shop, located on the ground floor, were ground. 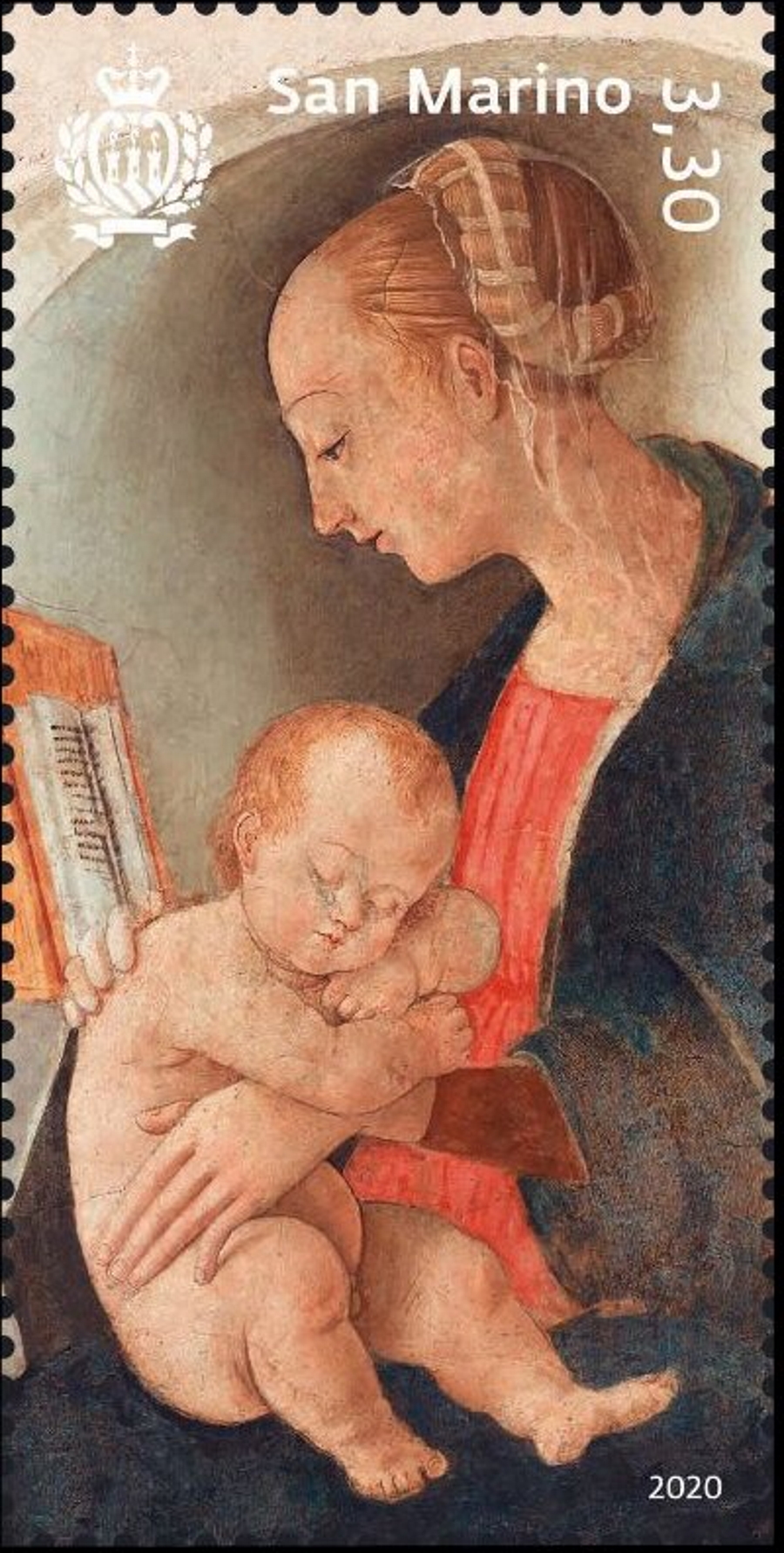 Other works on display are a drawing by Raffello, another attributed to Bramante and a collection of Renaissance ceramics from Urbino, famous all over the world. The Academy was located on the second floor, which today houses a library of rare manuscripts and editions; in fact here, in addition to a series of copies of paintings by the “divine painter” there a collection of coins and portraits of the nineteenth century, which document its history and foundation. Through a particular balcony one has the opportunity to pass over the courtyard and access the rear part of the house, where there are other stairs leading back downstairs.

In the “Bottega di Casa Santi” the Academy organizes small exhibitions of modern and contemporary art almost without interruption, almost always in collaboration with the Academy of Fine Arts.