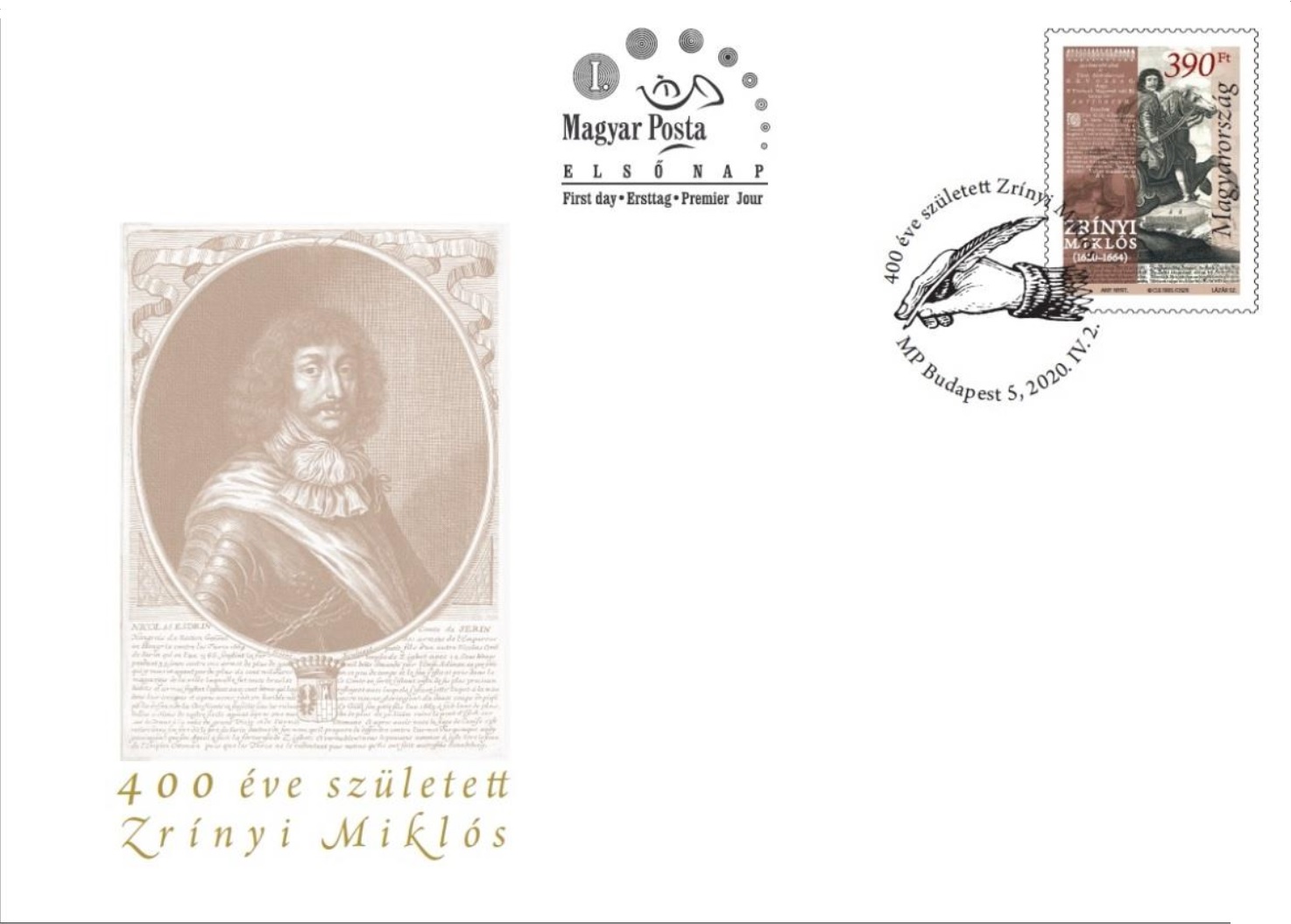 Magyar Posta is honouring the poet, military commander, politician and military scientist Miklós Zrínyi on the occasion of the 400th anniversary of his birthby issuing a commemorative stamp. Fifty thousand copies of the special stamp designed by the graphic artist Szilvia Lázár were produced by ANY Security Printing Company. The new issue is available from Filaposta, philately specialist services, certain post offices and www.posta.hu.

Count Miklós Zrínyi (in Croatian Nikola Zrinski) (Csáktornya (now Čakovec, Croatia), 3 May 1620 – Zrínyifalva (now Kuršanec, Croatia), 18 November 1664) Ban of Croatia, Lord Lieutenant of the historic counties of Zala and Somogy in the Kingdom of Hungary, landed aristocrat, poet, military commander, politician and military scientist. The great-grandson of his namesake the “hero of Szigetvár”, he was a worthy member of the illustrious Croatian-Hungarian aristocratic Zrínyi/Zrinski family, known for their patriotic activities and fighting the Ottomans. Although he mainly regarded himself to be a military leader and only incidentally as a poet, he was the most prominent figure of 17th century Hungarian baroque literature. He wished to conduct the struggle against the Ottoman Empire through unity and organising a national party. In 1663-64 he achieved major military successes but the Viennese Court chose not to capitalise on this momentum and signed a peace treaty with the sultan. Consequently, Zrínyi’s confidence in the Habsburgs was shaken but his intended political action failed to materialise due to his sudden death while hunting near Csáktornya in 1664. Main works: Reflections on the Life of King Matthias, The Peril of Sziget, An Antidote to the Turkish Poison.

The military commander is depicted on the stamp on horseback in military attire with a sword in his right hand, and an extract of one of his best known works An Antidote to the Turkish Poison in the foreground. The first day cover shows a half-length portrait of Miklós Zrínyi with the family coat-of-arms beneath it. The postmark is a reference to his literary work, showing the contemporary implement for poetry writing, a quill held by hand. 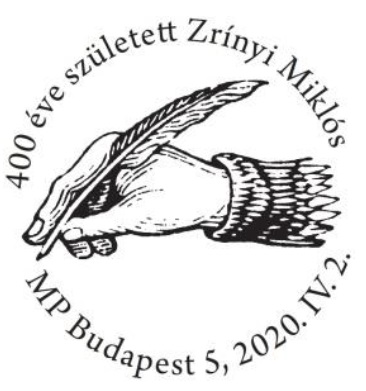