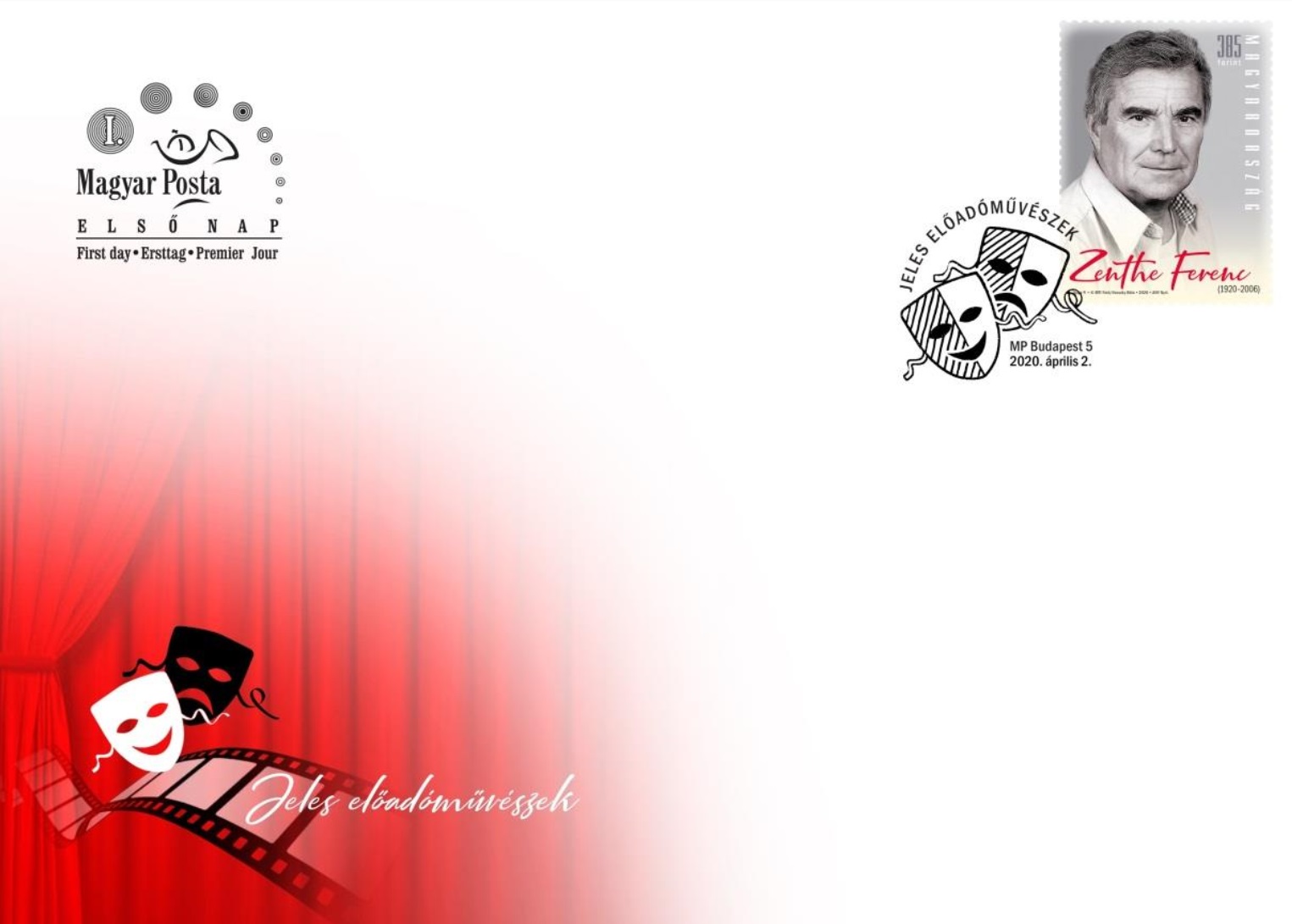 CENTENARY OF THE BIRTH OF FERENC ZENTHE

Magyar Posta is commemorating the 100th anniversary of the birth of the performing artist Ferenc Zenthe by issuing a special stamp. Fifty thousand copies of the special stamp designed by the graphic artist Péter Nagy were produced by ANY Security Printing Company. The new issue is available from Filaposta, philately specialist services, certain post offices and www.posta.hu.

Ferenc Zenthe (1920-2006) was a Hungarian actor who was awarded the title Actor of the Nation, the Kossuth Prize, the Jászai Mari Prize on two occasions, Artist of Merit and Artist of Excellence, and was a member of the “Company of Immortals”.

In addition to his innumerable stage roles, he acted in many films, playing the lead role in romantic comedies when young and mainly character roles as an older man. He won nationwide repute in the title role of the television series The Captain of Tenkes but he is remembered by many as the popular Uncle Taki in the television soap opera Neighbours. Among other roles, his voice was known for his part in the radio series broadcast on Magyar Rádió between 1959 and 2007, The Szabó Family, which was the longest running drama about a family in continental Europe. Children became familiar with his kind voice through the cartoons Vuk the Fox and The Captain of the Forest. Throughout his life, his popularity never waned and he is remembered as one of the most loved Hungarian actors.

The stamp shows a portrait of the actor, while the theatrical masks and a film strip on the first day cover represent the unforgettable stage roles, feature films and television dramas that are associated with his name. A stylised drawing of the theatrical masks is repeated in the postmark. 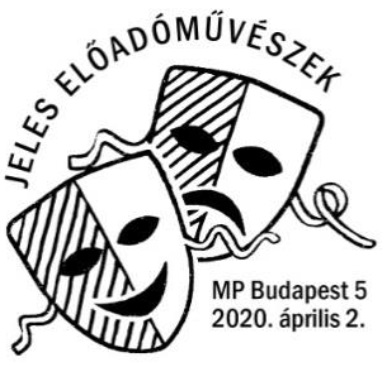