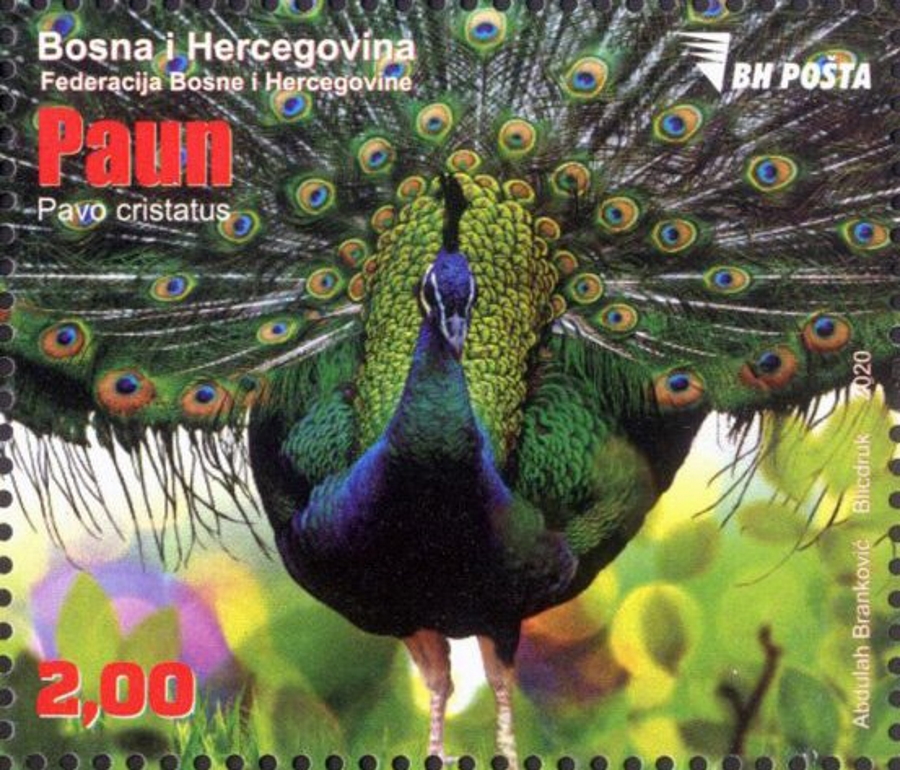 Pavo is a genus of two species in the pheasant family. The two species, along with the Congo peacock, are known as peafowl.

The Indian peafowl (Pavo cristatus), also known as the common peafowl, and blue peafowl, is a peafowl species native to the Indian subcontinent. It has been introduced to many other countries.

The male peacock is brightly coloured, with a predominantly blue fan-like crest of spatula-tipped wire-like feathers and is best known for the long train made up of elongated upper-tail covert feathers which bear colourful eyespots. These stiff feathers are raised into a fan and quivered in a display during courtship. Despite the length and size of these covert feathers, peacocks are still capable of flight. Peahens lack the train, and have a greenish lower neck and duller brown plumage. The Indian peafowl lives mainly on the ground in open forest or on land under cultivation where they forage for berries, grains but also prey on snakes, lizards, and small rodents. Their loud calls make them easy to detect, and in forest areas often indicate the presence of a predator such as a tiger. They forage on the ground in small groups and usually try to escape on foot through undergrowth and avoid flying, though they fly into tall trees to roost.

The function of the peacock’s elaborate train has been debated for over a century. In the 19th century, Charles Darwin found it a puzzle, hard to explain through ordinary natural selection. His later explanation, sexual selection, is widely but not universally accepted. In the 20th century, Amotz Zahavi argued that the train was a handicap, and that males were honestly signalling their fitness in proportion to the splendour of their trains. Despite extensive study, opinions remain divided on the mechanisms involved.

The bird is celebrated in Hindu and Greek mythology and is the national bird of India. The Indian peafowl is listed as of Least Concern by the International Union for Conservation of Nature (IUCN).