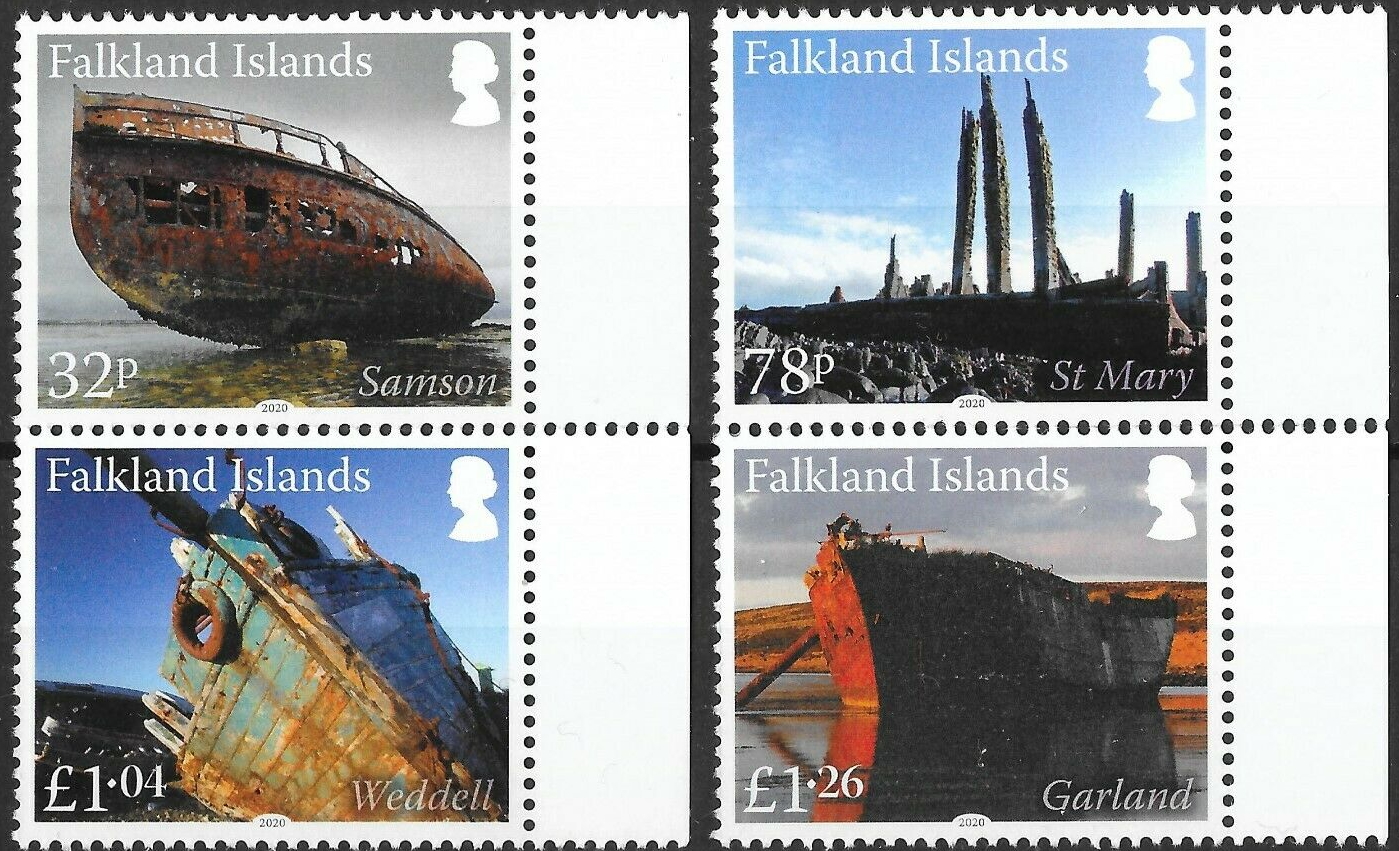 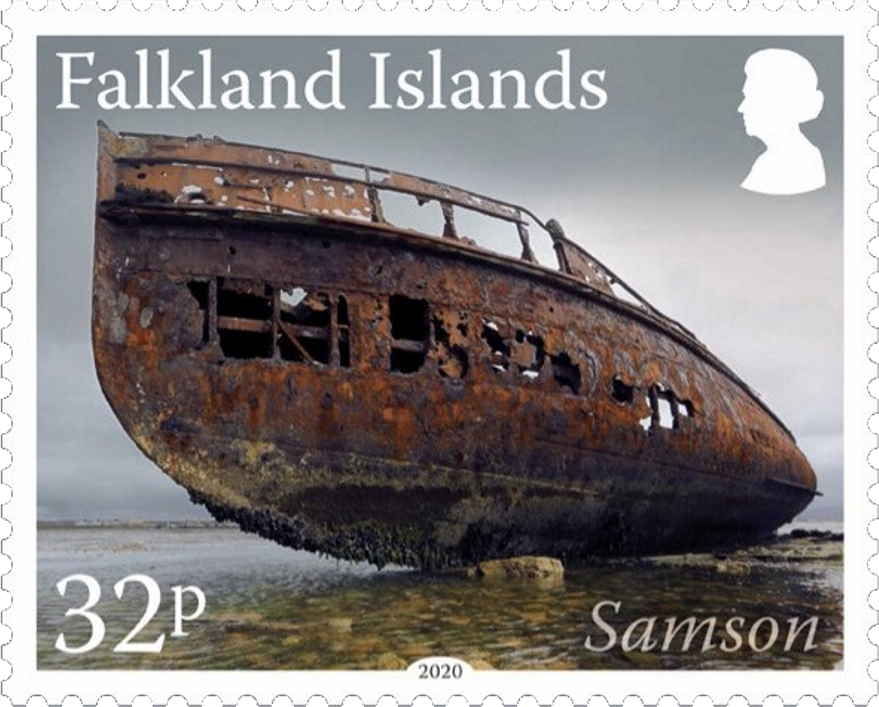 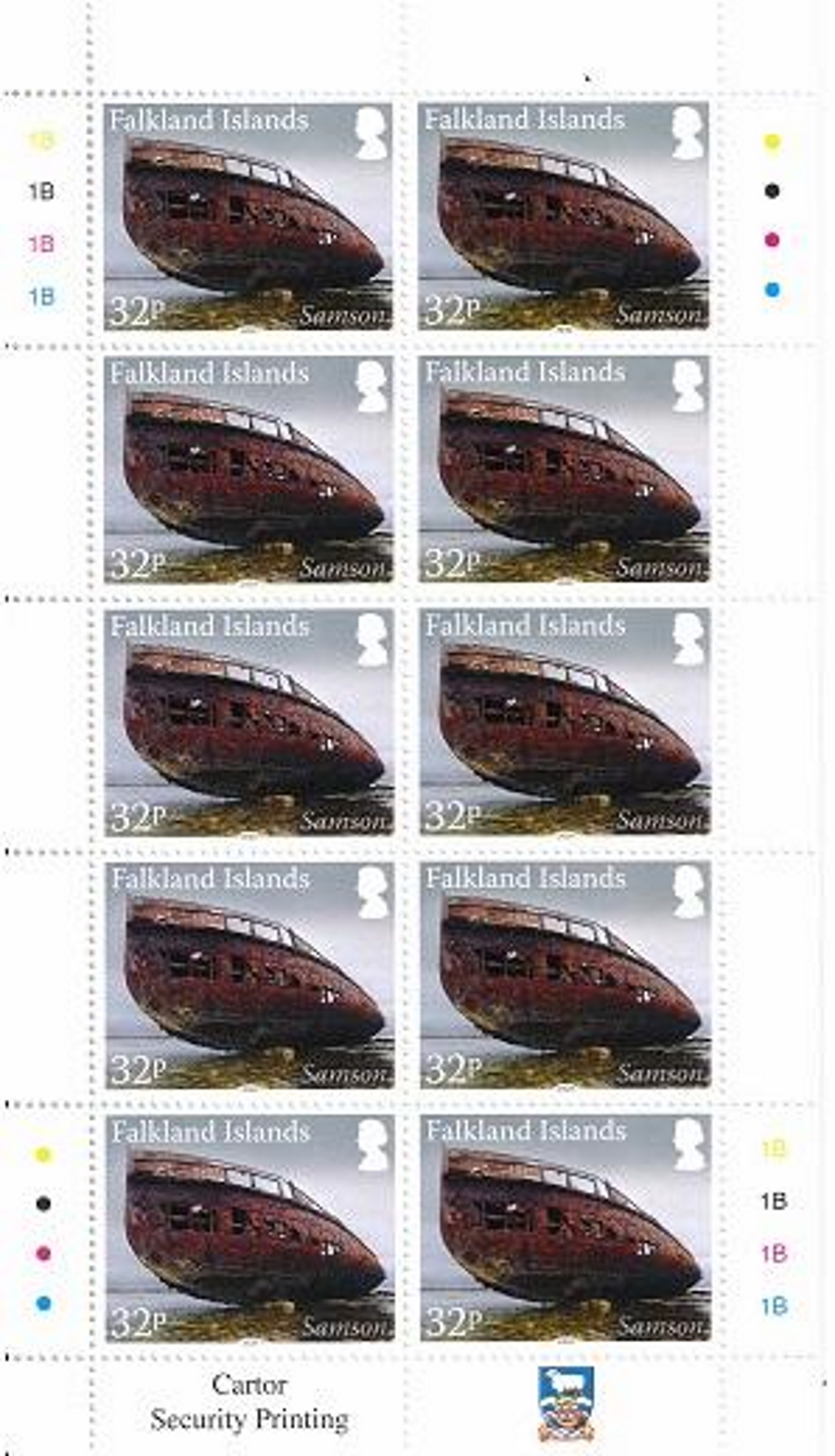 The 94’ tugboat, Samson, built in Hull in 1888, was brought down in 1900 by the Falkland Islands Company in the aftermath of the City of Philadelphia disaster. Her value was shown on Christmas Eve 1910 when the Samson towed the iron ship Wavertree into Stanley after she had been dismasted off Cape Horn. In November 1912, the PSNC liner Oravia struck the Billy Rock near the entrance to Port William. At night and in heavy seas, Captain Thomas took the Samson alongside the stricken vessel, disembarking 150 passengers to safety. In 1924, the ageing tug was converted and she finished her working life as a lighter. During a heavy gale in 1945, the Samson broke her moorings and came ashore on the beach close to the north-east corner of Stanley Harbour. 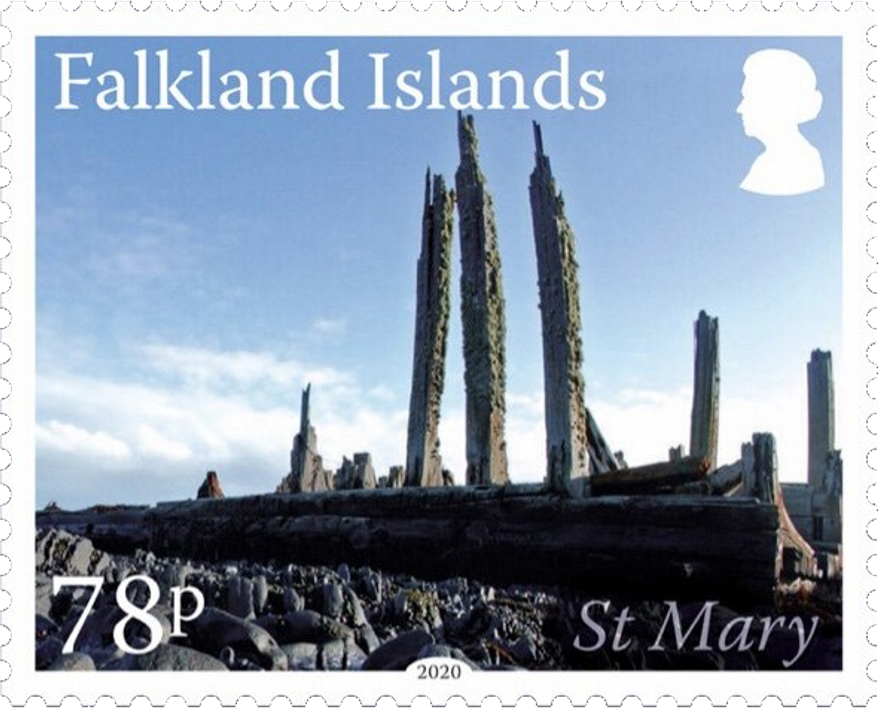 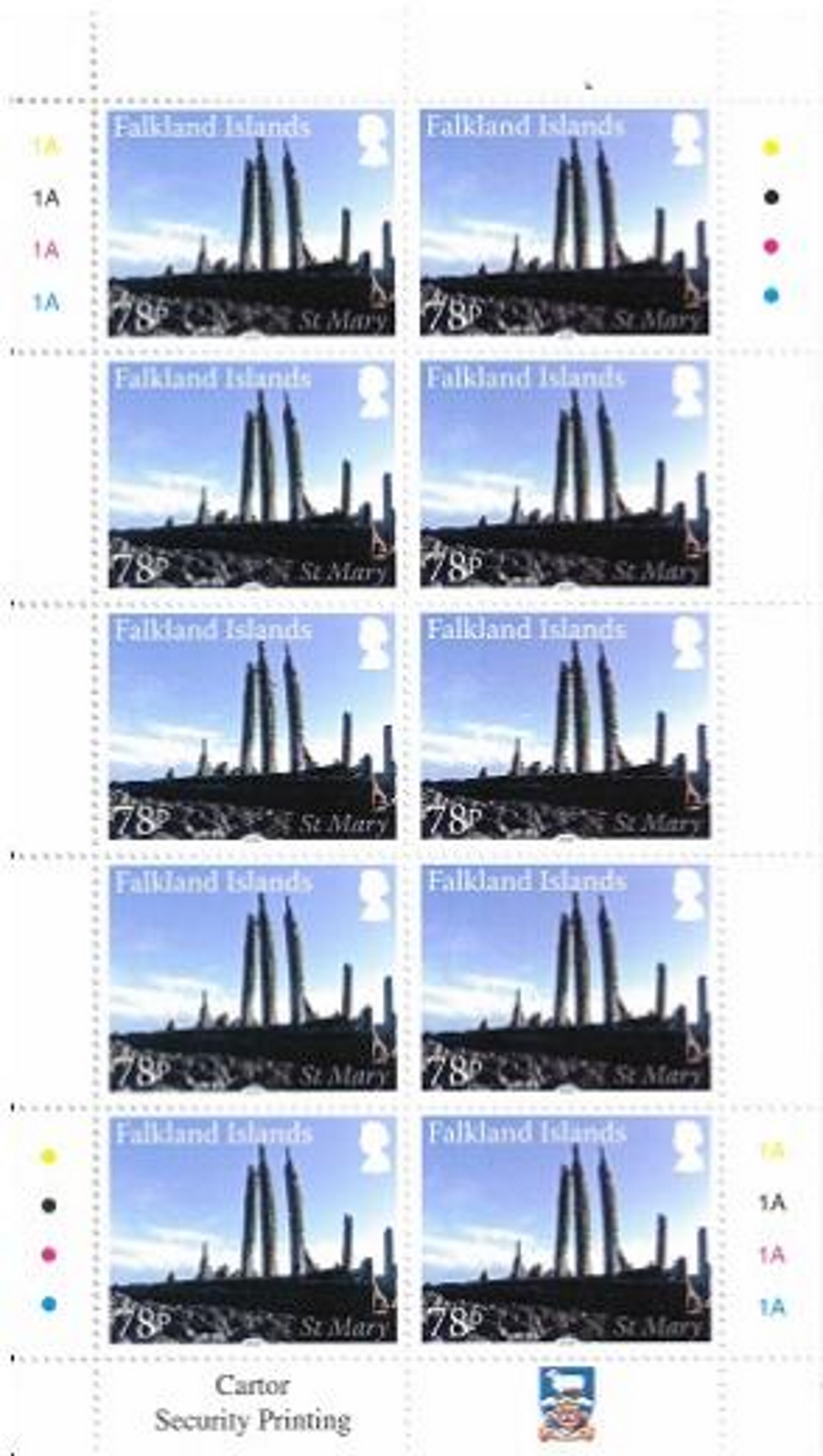 In the fall of 1889 veteran shipbuilder, Charles V Minott, laid the keel of an unusually large vessel in Phippsburg, Maine. 241’ long and with a registered tonnage of 1942, St Mary was to be one of the last-built, finest constructed, and shortest lived of all the great “Downeasters”. She was launched just before noon on Thursday, 20th March 1890. Under command of Captain Carver, St Mary departed Manhattan, bound for San Francisco by way of Cape Horn. 67 days out and making good speed, she was about 130 miles west of Islas Diego Ramirez. It was a quiet moonlit night, at 1.13am on 7th August, when she collided with the 176’ steel-hulled Magellan. The Magellan foundered almost immediately with all hands, while the badly damaged St Mary limped downwind for Port Stanley. Three days later, just a few miles shy of the port, St Mary struck the Pinnacle Rock. The distressed Captain refused to leave his ship and later died on board. The cause of his death was never confirmed. The crew took to the lifeboat without him and made for the nearby farm at Fitzroy. Two weeks later the wreck split in two with one half washing ashore at Whale Point, near Fitzroy. The oaken bones of the St Mary remain today, like a stranded leviathan, where she washed ashore just five months after her triumphant launch. 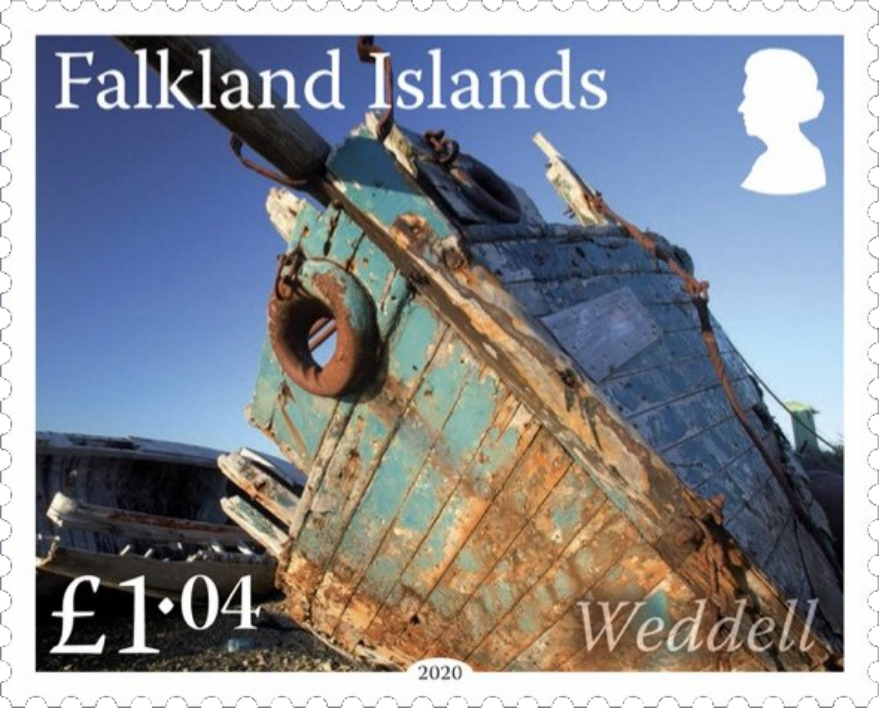 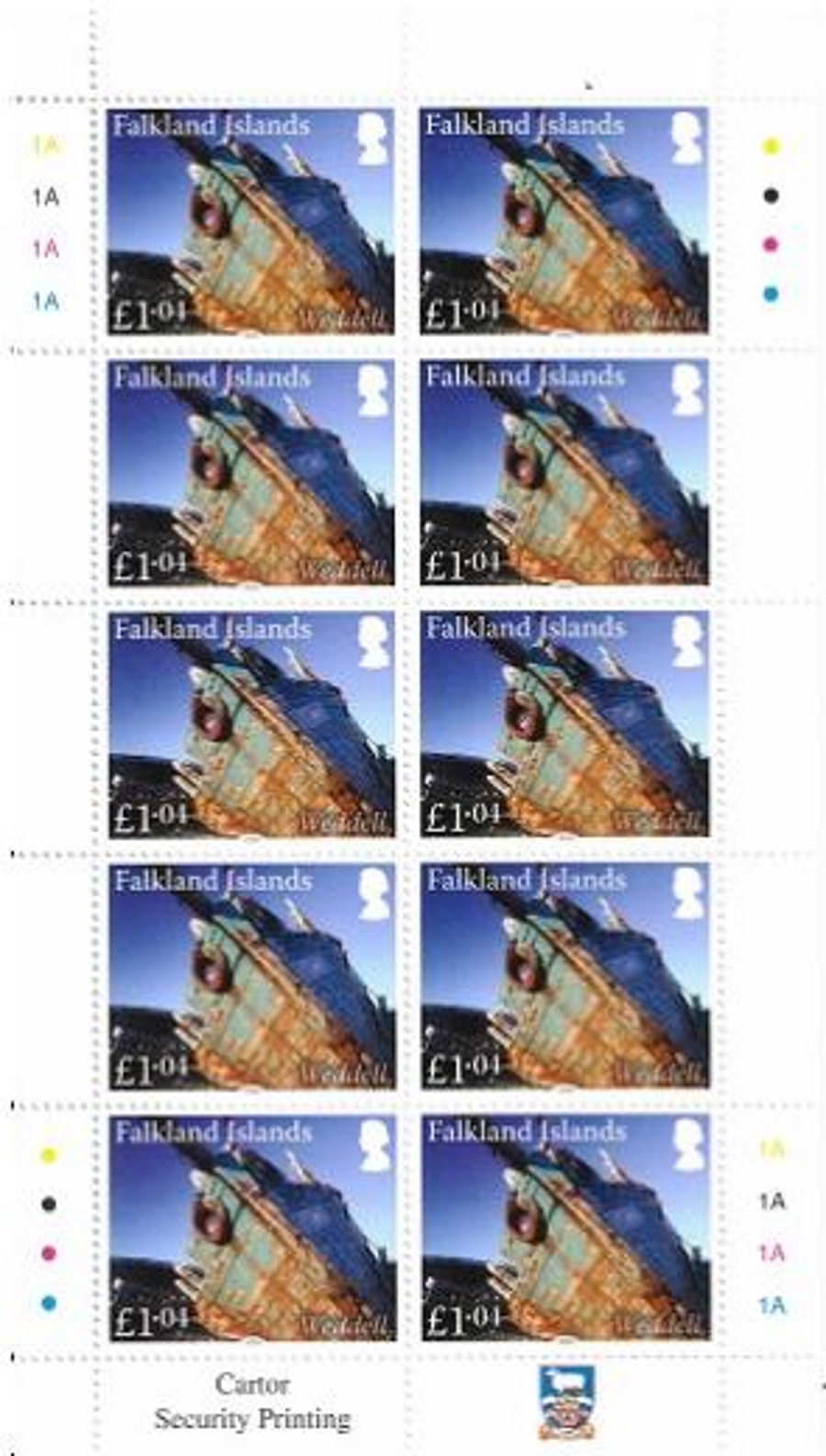 The Weddell was a carvel-built schooner, constructed of Sandy Point timber in 1940 by Cia Doberti in Punta Arenas, Chile. She had a registered tonnage of 23.6 and was 44’7“ long. On February 1 1941, captained by Bill Radcliffe, she was registered in Stanley under “John Hamilton Ltd” and thence sailed to Weddell Island where Chris Bundes took over in charge. She was used mainly to transport sheep and wool around those islands which made up the Weddell Island group. At first, the Weddell had no engine and worked entirely under sail. In 1947 Duncan McRae took over as Captain and three years later, she was taken to Stanley to have her first engine installed. In 1976, after 35 years as the Weddell Island Farm boat, Bob Ferguson sailed her to Stanley where she was sold and gradually fell into disrepair. In June 1994, the Weddell was transported down to the Stanley’s Canache where she now lies beached above the tide line near Boxer Bridge. 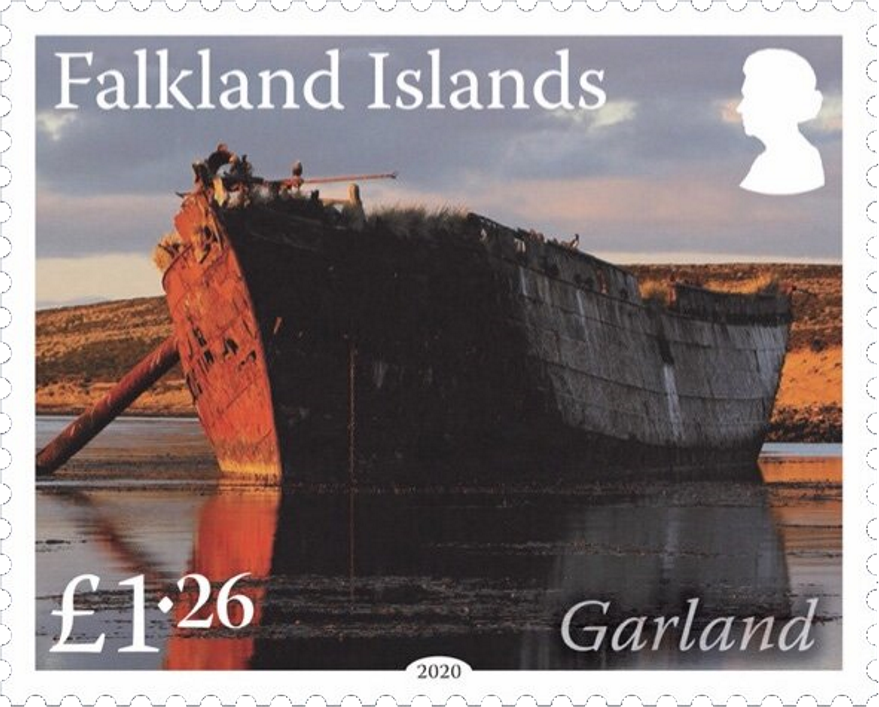 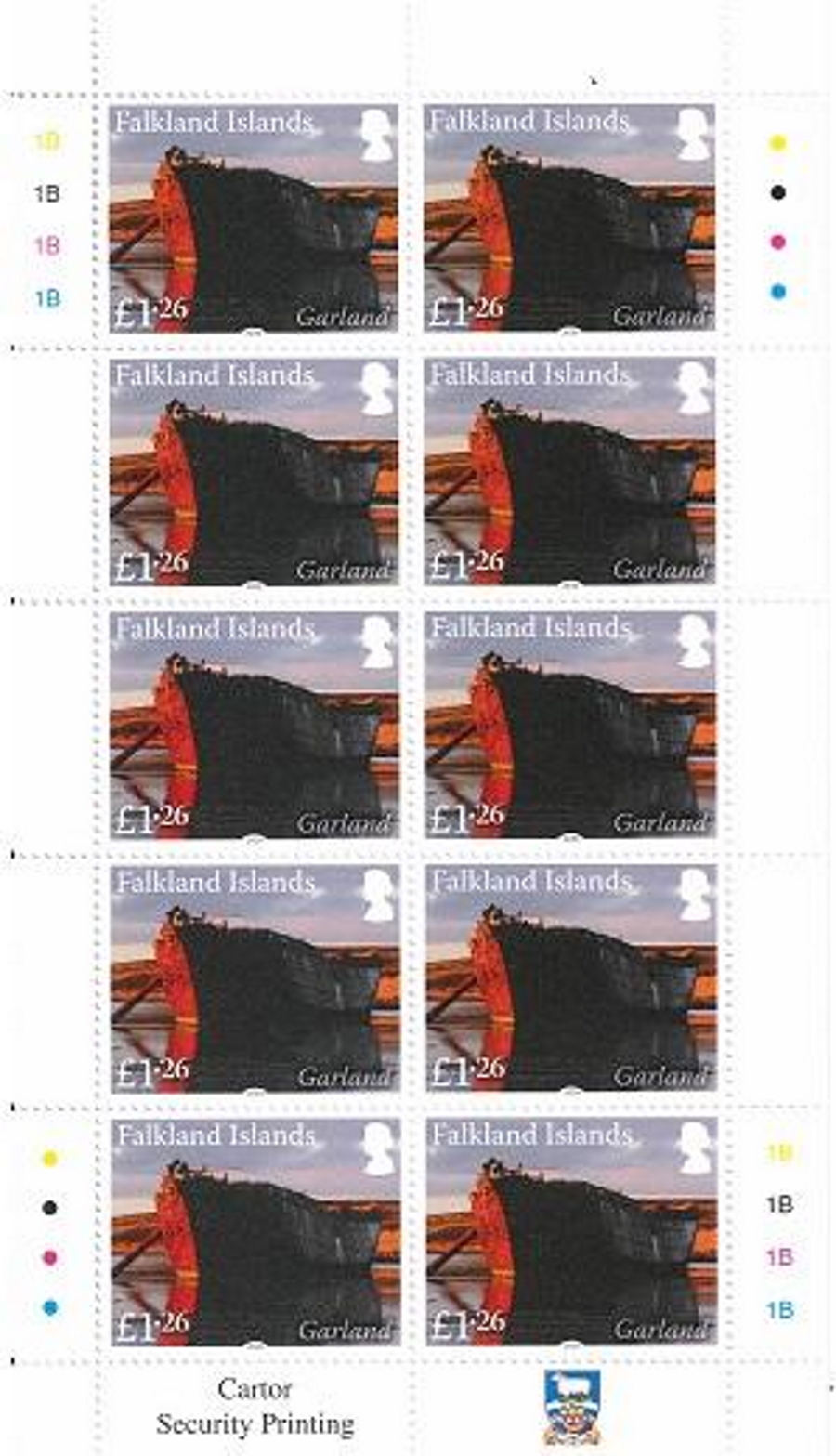 A three-masted, 599 tonne steel barque built in Liverpool in 1865, Garland put into Stanley on 6th March 1900, under command of Captain H Meyer, together with a crew of 16, while on passage from Hamburg to Talcahuano, Chile. Spillage from jars of acid amongst the cargo had caused extensive damage to her bottom plates and she was subsequently condemned. In September 1910 Garland was towed by the tug Samson to Darwin Harbour in connection with the canning plant. By 1912 she was being used at Goose Green to store coal from the Gaito. In October 1919 her owners, the Falkland Islands Company, reported that she had become useless as a hulk. Three years later she broke her moorings and came to rest, where she lies today, on the eastern shore of Darwin Harbour across the water from Goose Green. In October 1966 divers discovered the figurehead which had long since fallen off and lay covered in silt. It was brought to Stanley and restored by the then Museum Curator, John Smith. Today the Garland’s figurehead is proudly on display in Stanley’s Dockyard Museum. It depicts a young woman dressed in white and holding a garland of golden flowers. Unfortunately the head is missing. 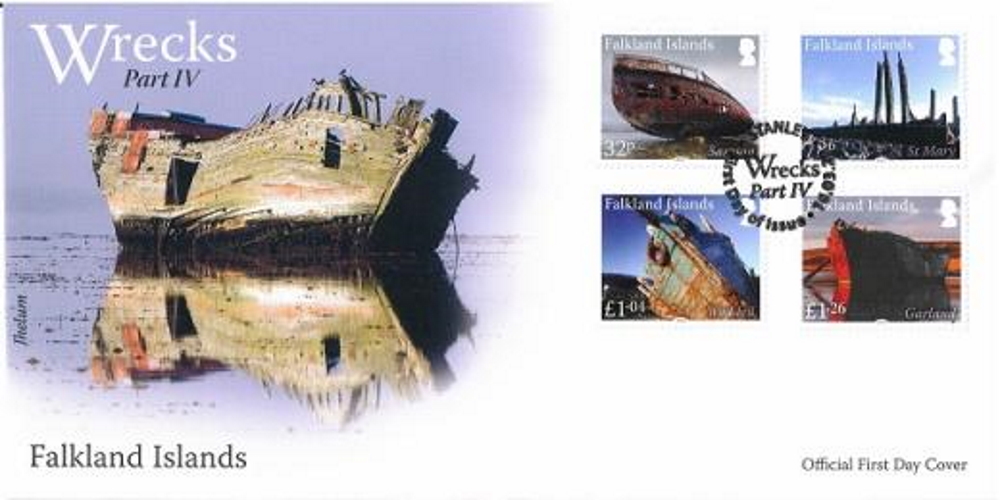