The Douglas School of Art

A ten stamp collection to mark the centenary of the Douglas School of Art.

The Isle of Man Post Office presents a celebration in ten stamps of the principal artist-lecturers who inspired successive generations at The Douglas School of Art. While this year is the centenary of the school as a publicly-funded educational establishment its history extends back into the nineteenth century. Graduates of the school have earned a reputation for high achievement in many areas of art and design worldwide and all recognise their debt to the inspirational individuals who fostered their creative beginnings.

A Place to Nurture Manx Art

From 1880, a common thread has linked the work of many of the Island’s artists – their connection with the Douglas School of Art, either as tutors or students and in some cases both.

During the 19th century, Britain was seen as a world leader in terms of industrial innovation. The 1851 Great Exhibition showcased Britain’s manufacturing expertise but also highlighted weaknesses in British design. An appreciation of high quality art and design was seen as being essential for the future of British manufacturing.

As a result, new museums such as the Victoria & Albert Museum and new art schools started to open around Britain. The Isle of Man was no exception and in 1880, a group of local dignitaries, chaired by the Island’s Lieutenant Governor, Sir Henry Loch, discussed the opening of an art school in Douglas. Early supporters included John Miller Nicholson, one of the Island’s leading (self-taught) artists. 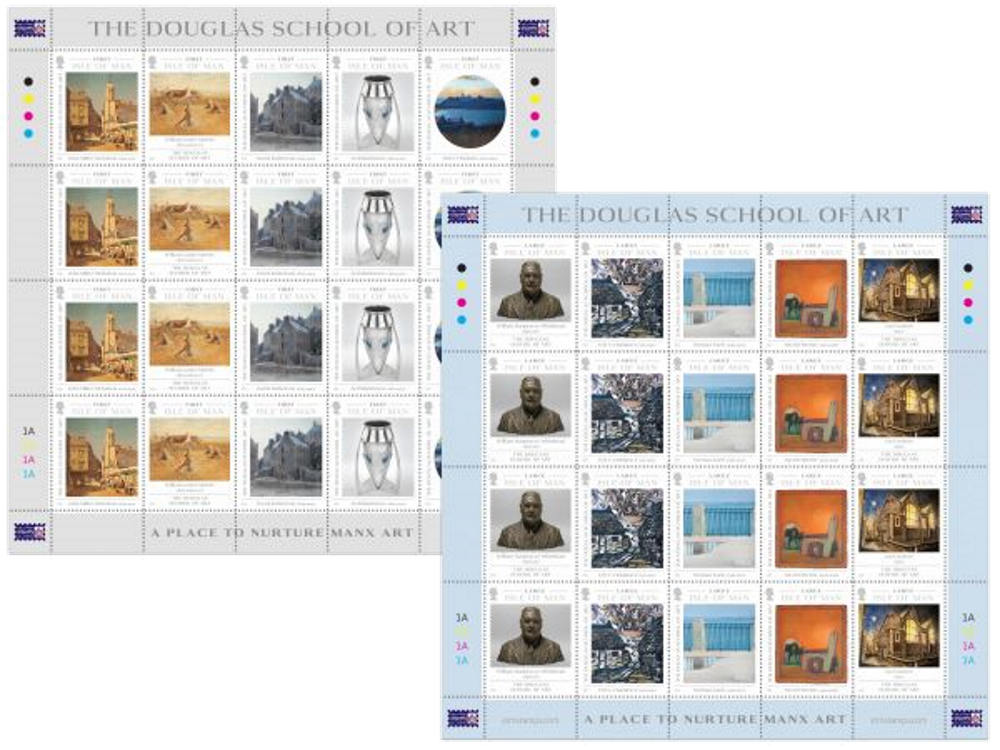 The new School of Art opened in 1880 and the first intake of students (which included Archibald Knox) could take classes in drawing, painting in oils and watercolours, modelling and design. The intention was to attract students who might become future art teachers as well as trade apprentices wanting to learn useful drawing skills. Unfortunately heated debates raged in the Manx newspapers over who and what the art school should be teaching – geometrical and architectural drawing for the ‘mechanics’ or sketching and painting for the artists?

A new purpose-built School of Art opened in Kensington Road in 1884 but the resignation of William J. Merritt as Art Master, falling student numbers and reduced fees heralded the bleak prospect of bankruptcy or closure. When the new master, David M. Robertson, arrived in 1885, he was reminded that “we are destitute”, but during his time, student numbers and the art school grew in size.

Following Robertson’s premature death, Peter Chisholm was appointed as head of the school in 1909 and a new era began, including the return of Archibald Knox to teach at his old art school. After 32 years, Peter Chisholm resigned and a new chapter began as W. Hargreaves Whitehead of Oldham was appointed the new Principal. By 1943, the school had gained a new name – The School of Arts & Crafts – and with an expanded list of classes, student numbers rose dramatically. Post-war students included Bryan Kneale MBE RA, Michael Sandle RA, Norman Sayle RI, Ashton Cannell and Toni Onley OC. But the art school was also targeting people who wanted to learn new skills for their own enjoyment – informal education as a leisure pursuit was now part of the syllabus. 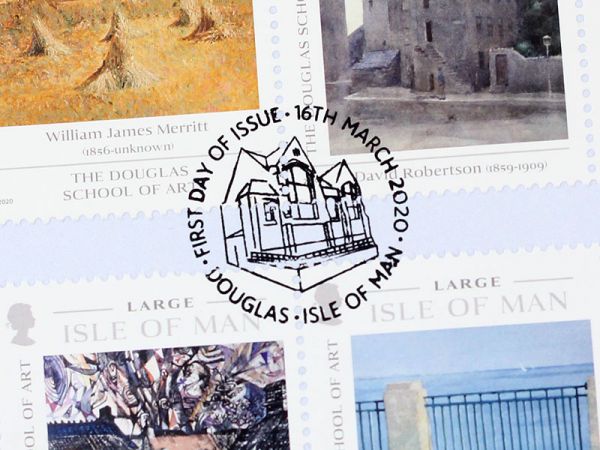 By the 1960s, everything was changing again; society and the world in general, art, youth culture and expectations – the young people entering the School of Art were approaching and engaging with art in a very different way to their predecessors.

The art school was now led by one of its ex-pupils, Norman Sayle, and together with staff such as Maurice Day, Eric Houlgrave and David Fletcher he encouraged the students to experiment and to look at the world around them with new eyes. As a result, increasingly abstract works of art were being produced by the students.

The art school was beginning to show its age by the late 1960s, so in 1970, the School of Art moved to a new purpose-built College of Further Education on the outskirts of Douglas, now UCM – University College Isle of Man.

Since 1970, the old School of Art building has been used as the Douglas Youth Centre and is now the Island’s Youth Arts Centre.

Throughout their existence, both the building and the institution have provided generations with the opportunity to explore their own creativity and engage and develop their own artistic visions. Some students have become household names and made a career from their art, whilst others have enjoyed art as a lifelong leisure pursuit. 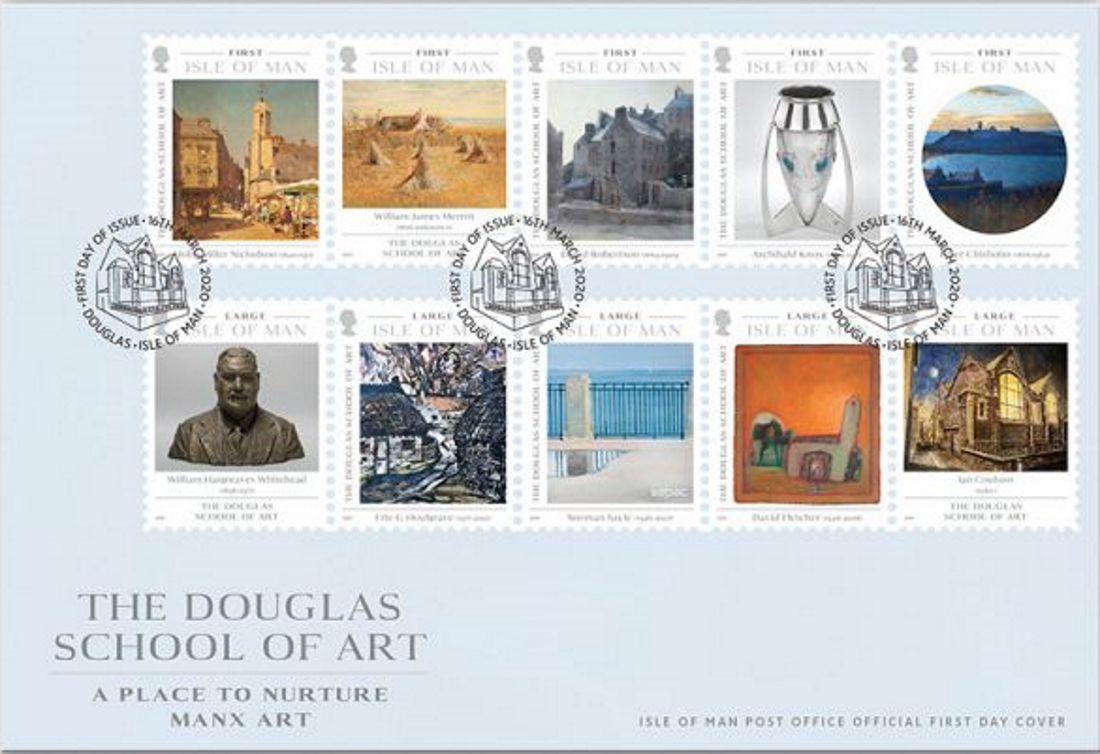 The Isle of Man Post Office presents a celebration in ten stamps of the principal artist-lecturers who inspired successive generations at The Douglas School of Art. While this year is the centenary of the school as a publically-funded educational establishment its history extends back into the nineteenth century. Graduates of the school have earned a reputation for high achievement in many areas of art and design worldwide and all recognise their debt to the inspirational individuals who fostered their creative beginnings.

The history of the school extends back into the nineteenth century. Graduates of the school have earned a reputation for high achievement in many areas of art and design worldwide and all recognise their debt to the inspirational individuals who fostered their creative beginnings.

The stamp featuring the work of Norman Sayle forms our SEPAC contribution for 2020.

The Stamps & The Artists 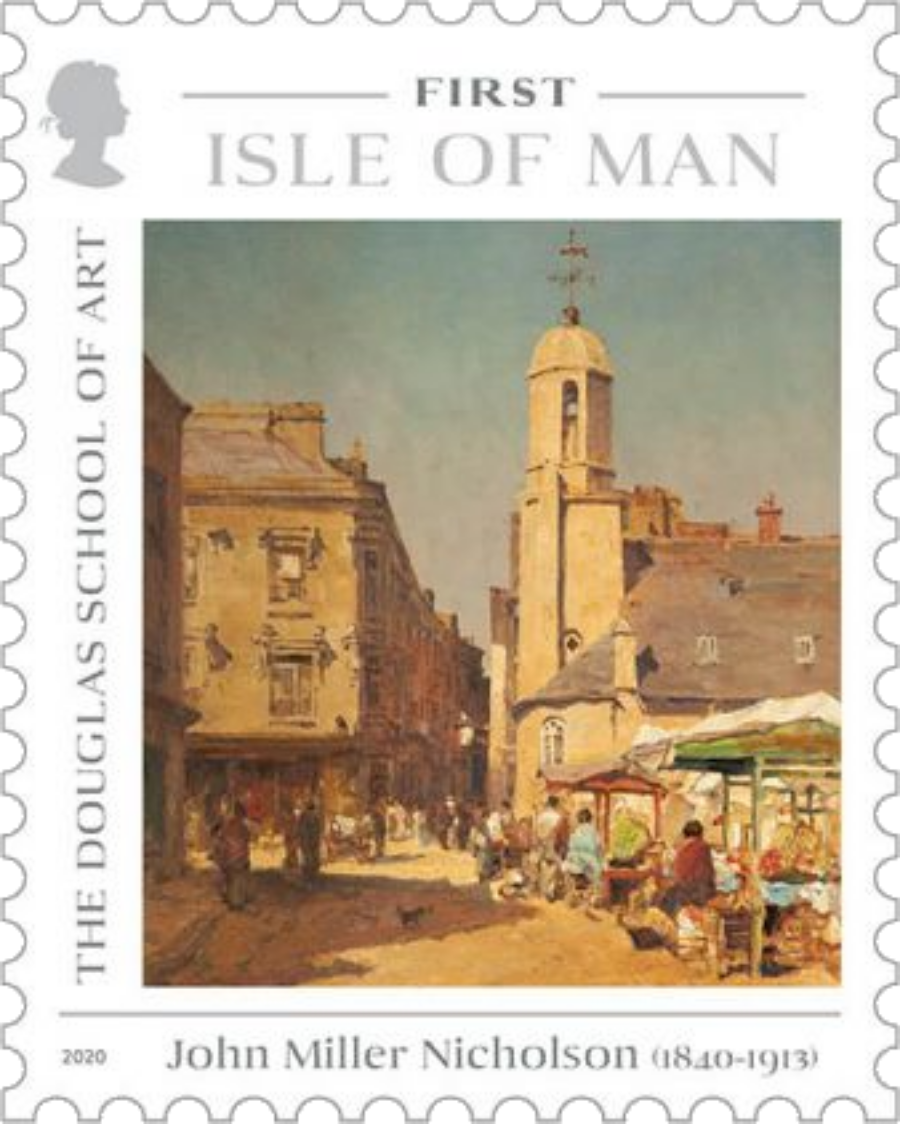 John Miller Nicholson: St Matthew’s Church 1882
A leading advocate for the foundation of the school 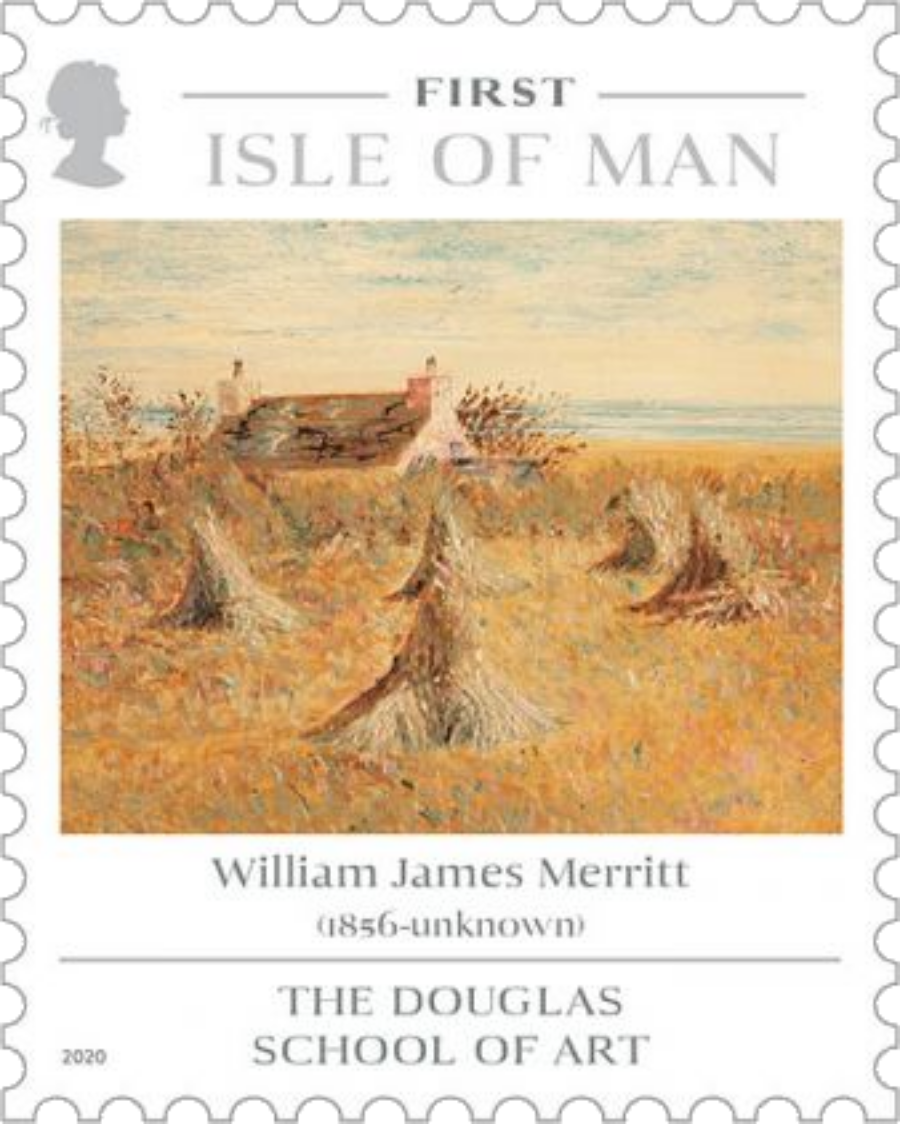 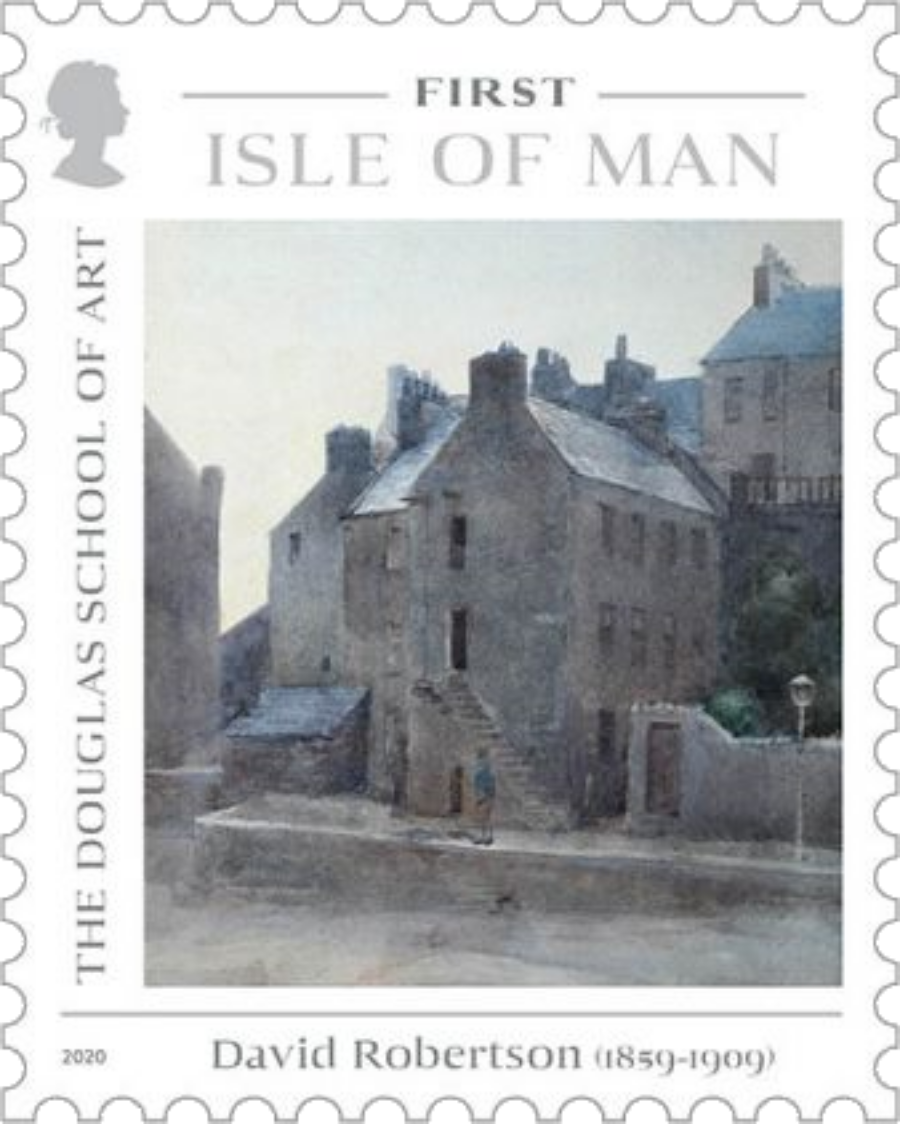 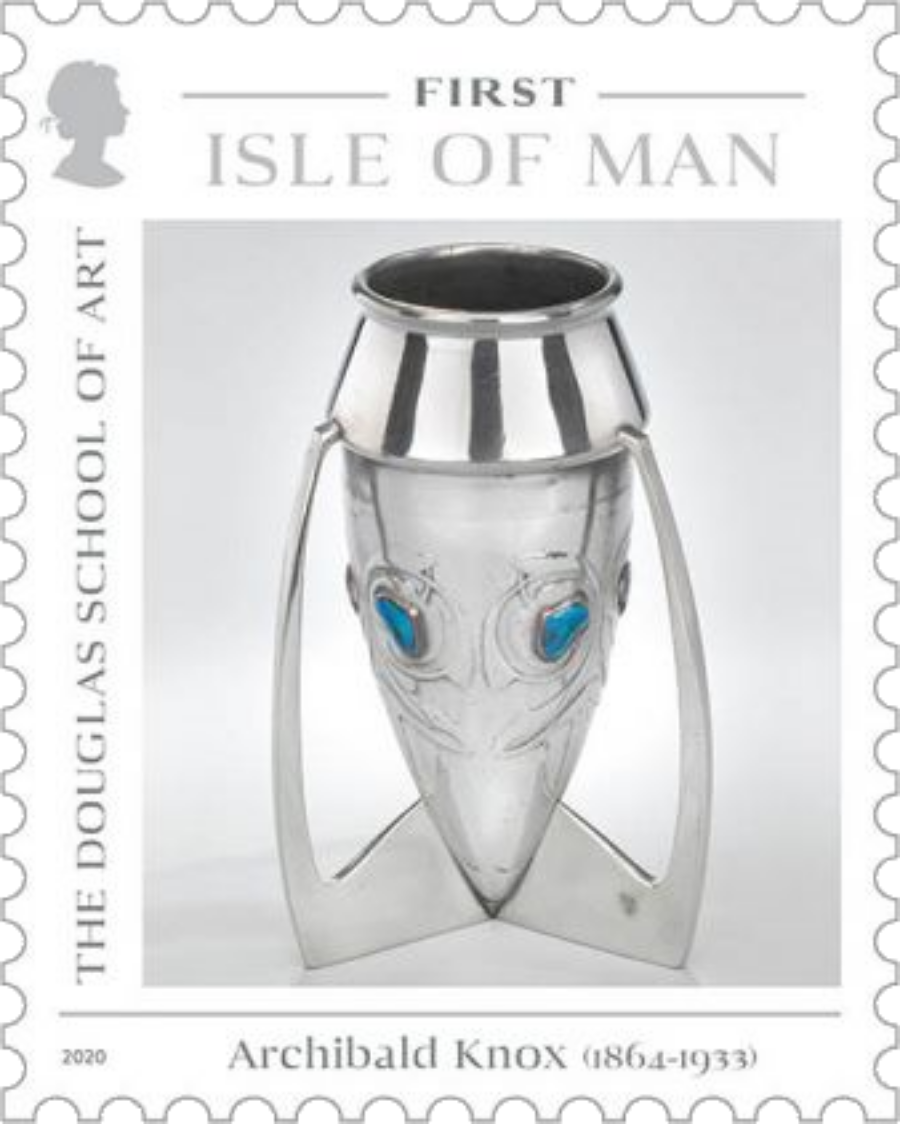 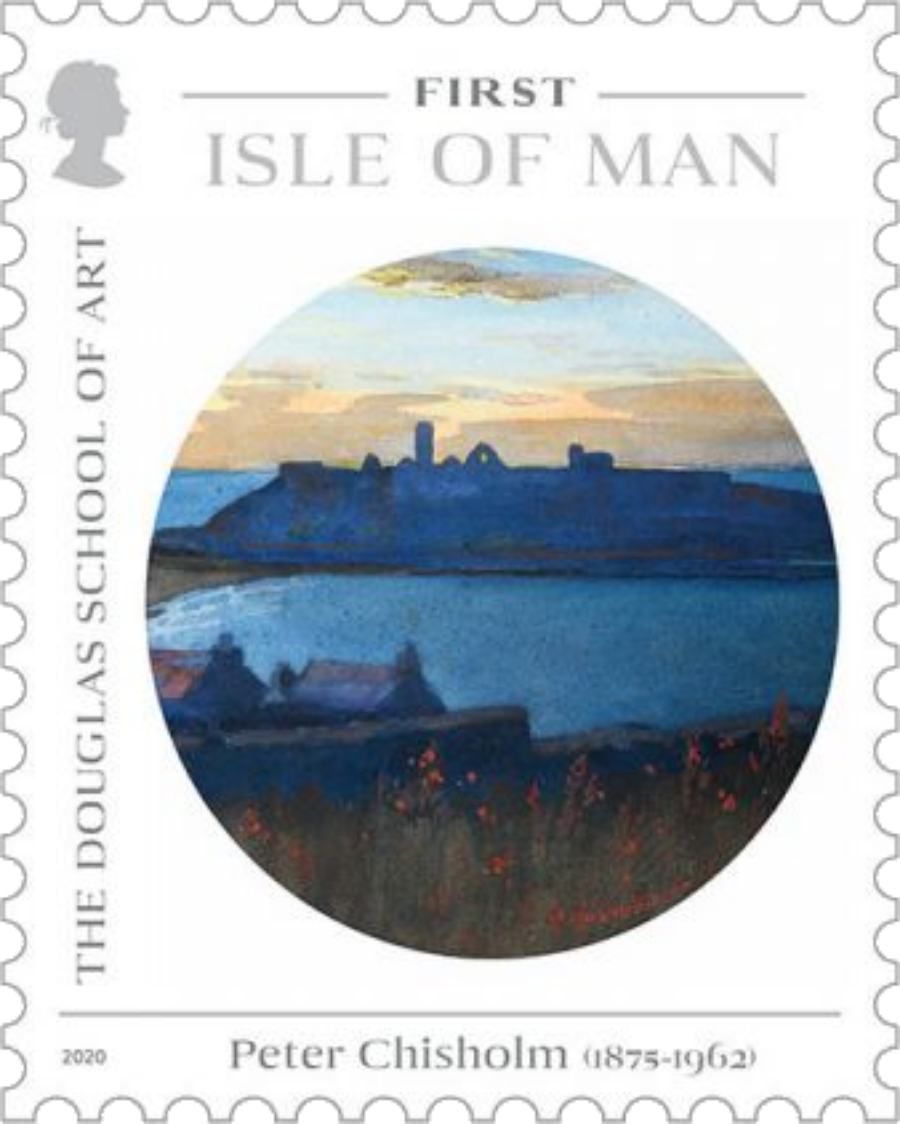 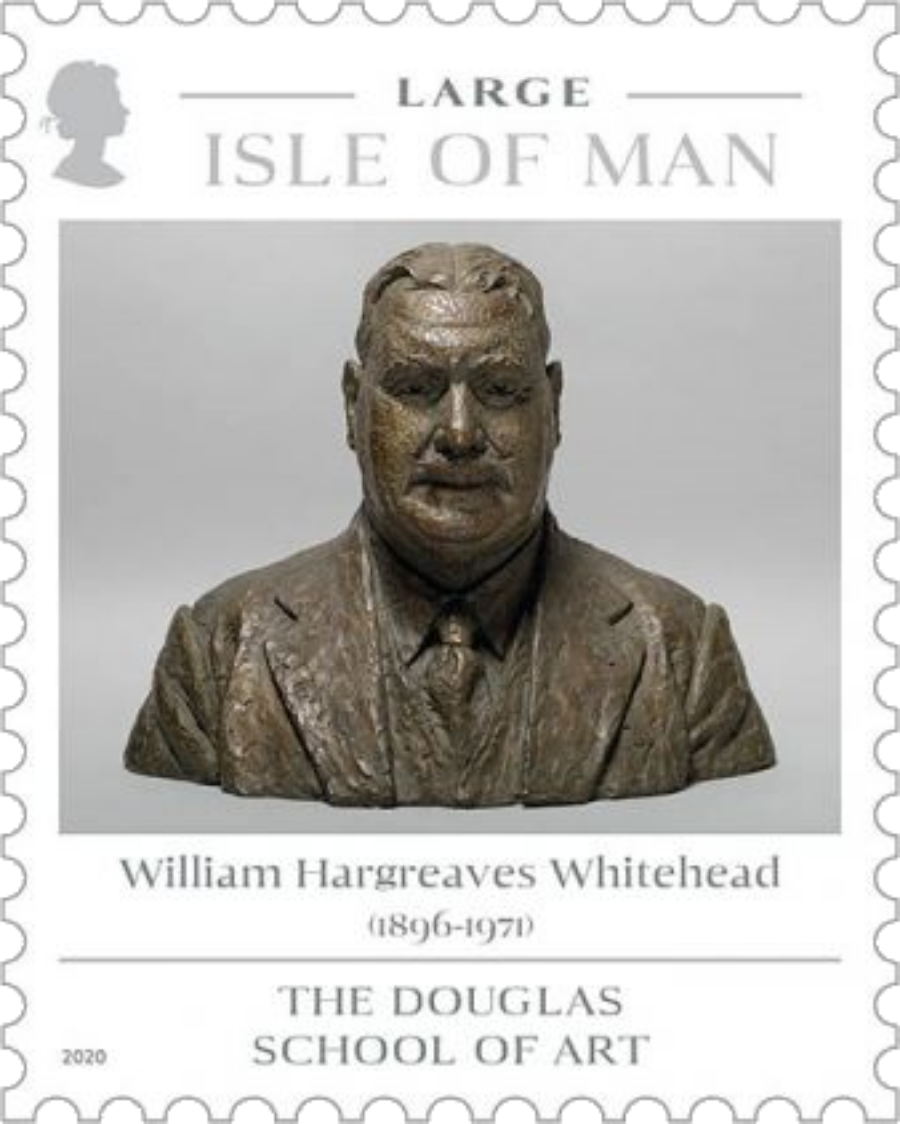 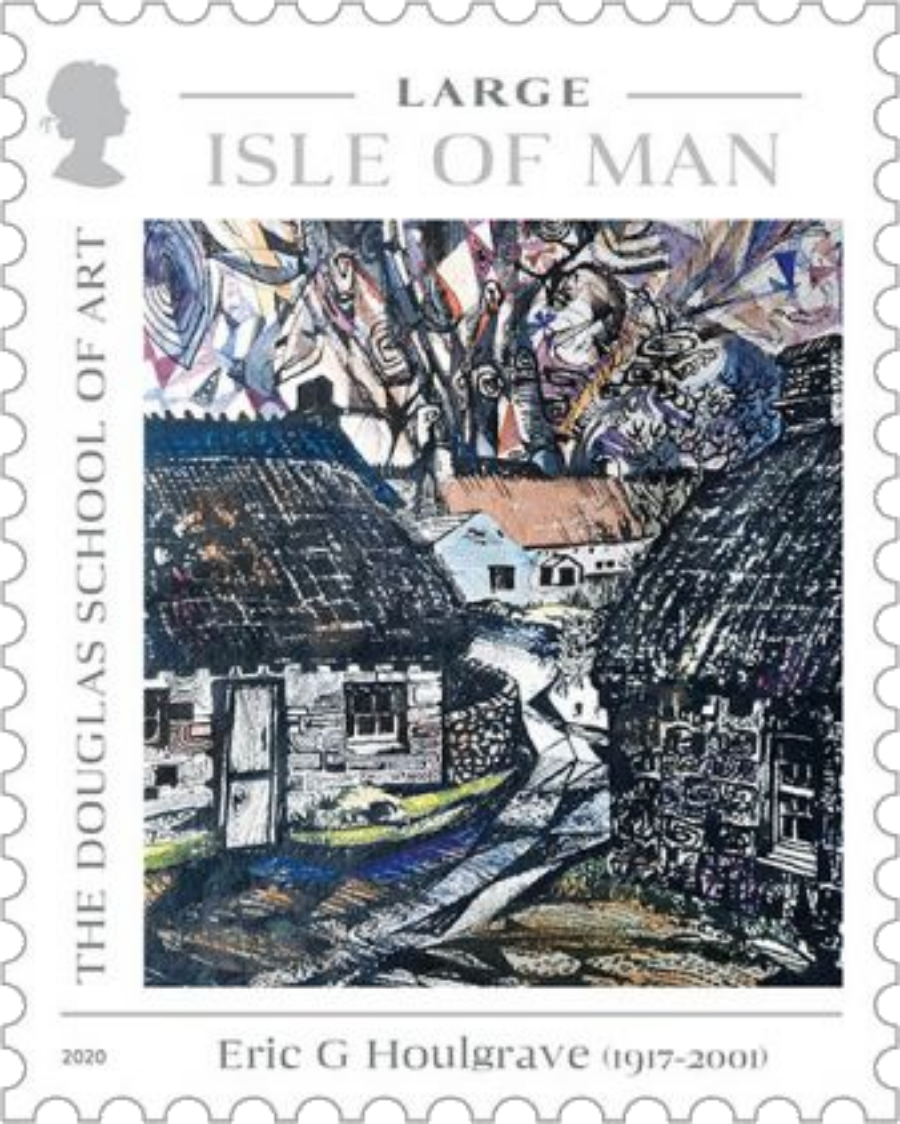 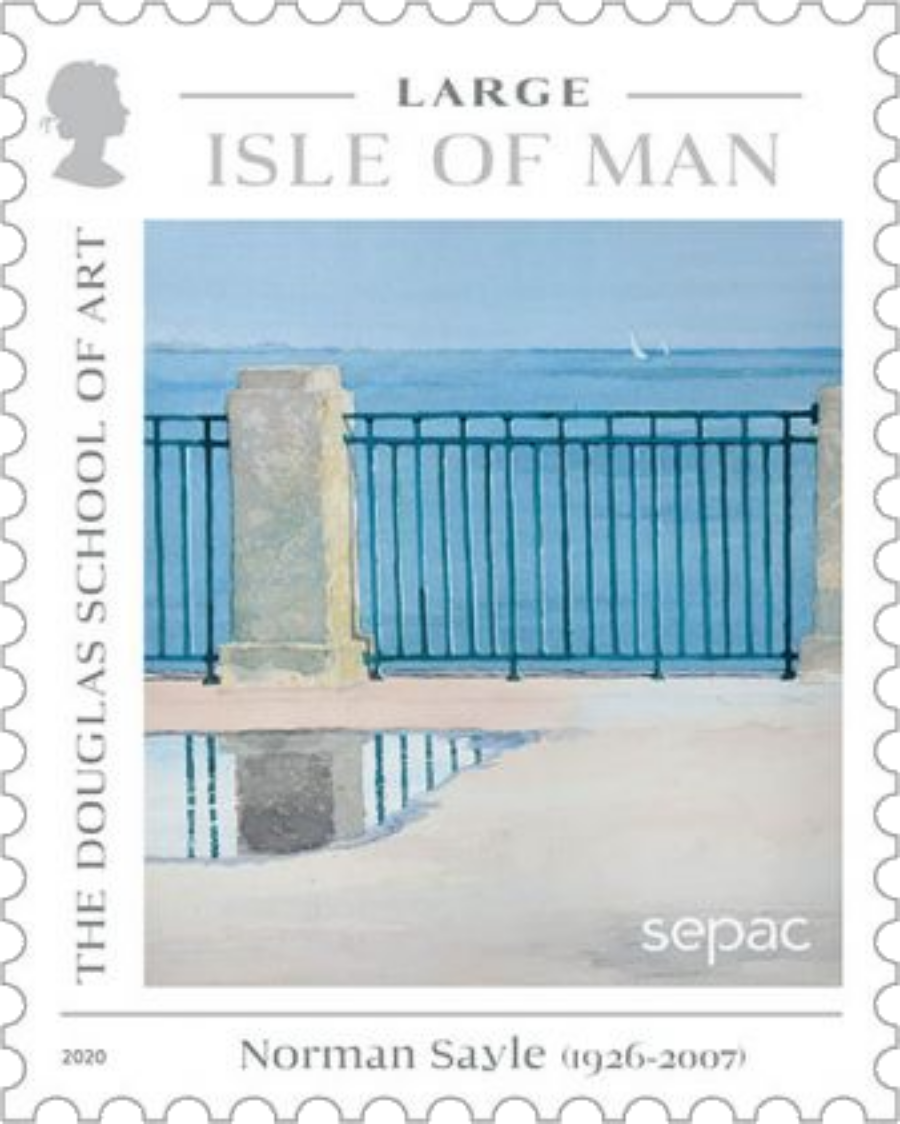 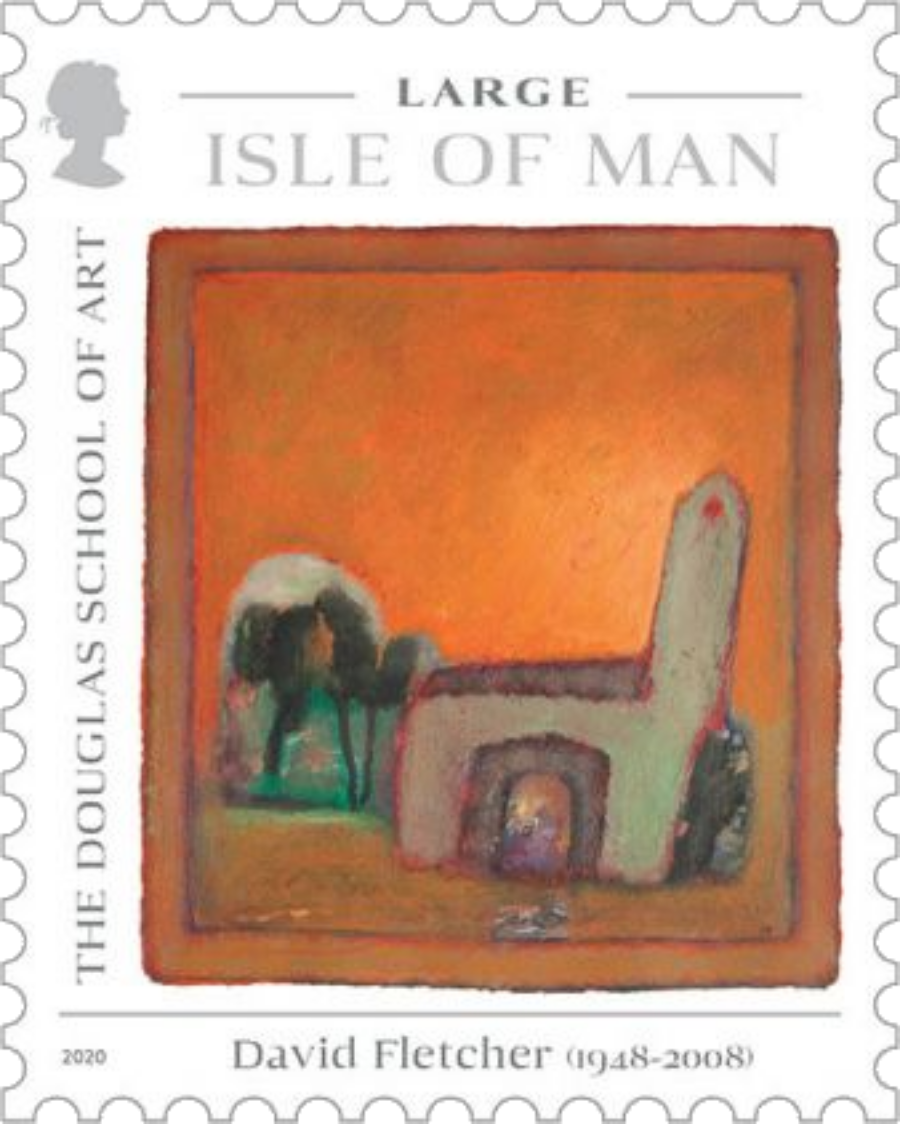 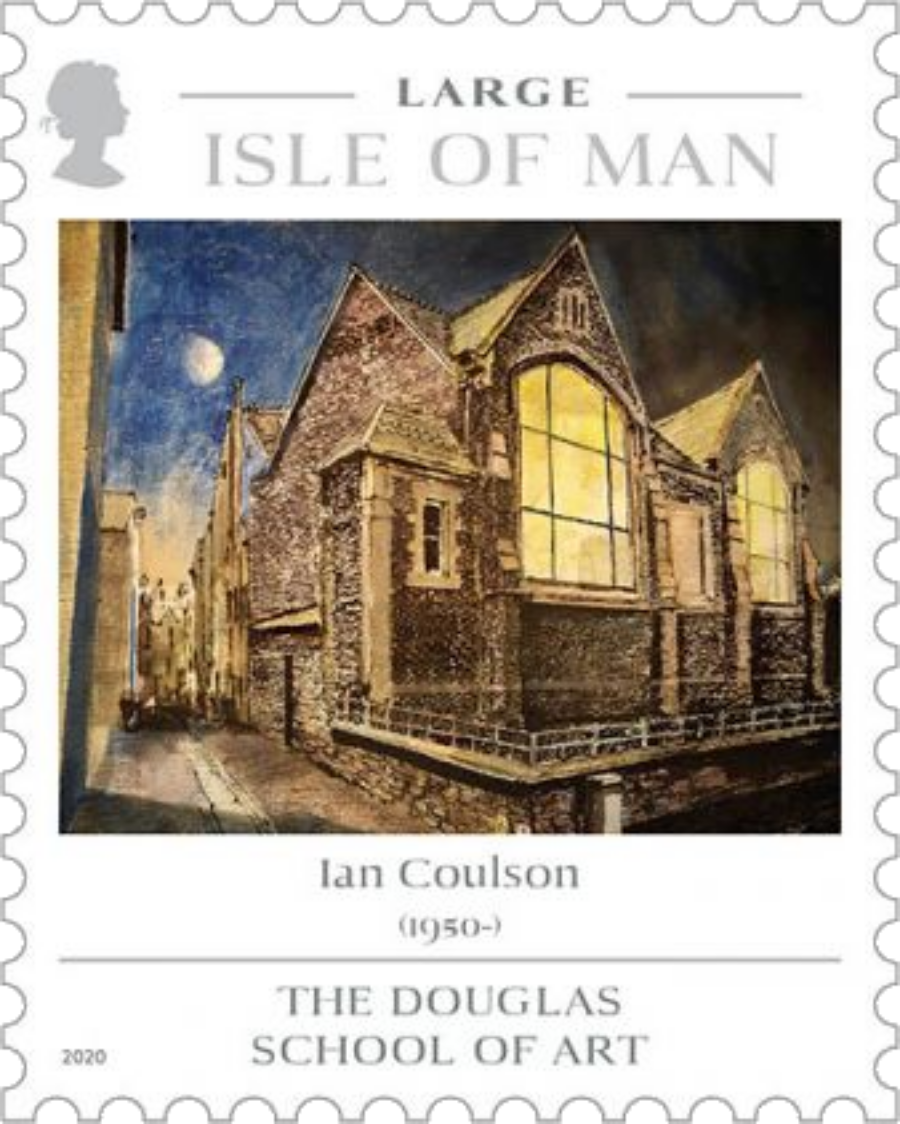 Every effort has been made to trace or contact all copyright holders. The Isle of Man Post Office will be pleased to make good any omissions or rectify any mistakes brought to their attention at the earliest opportunity. 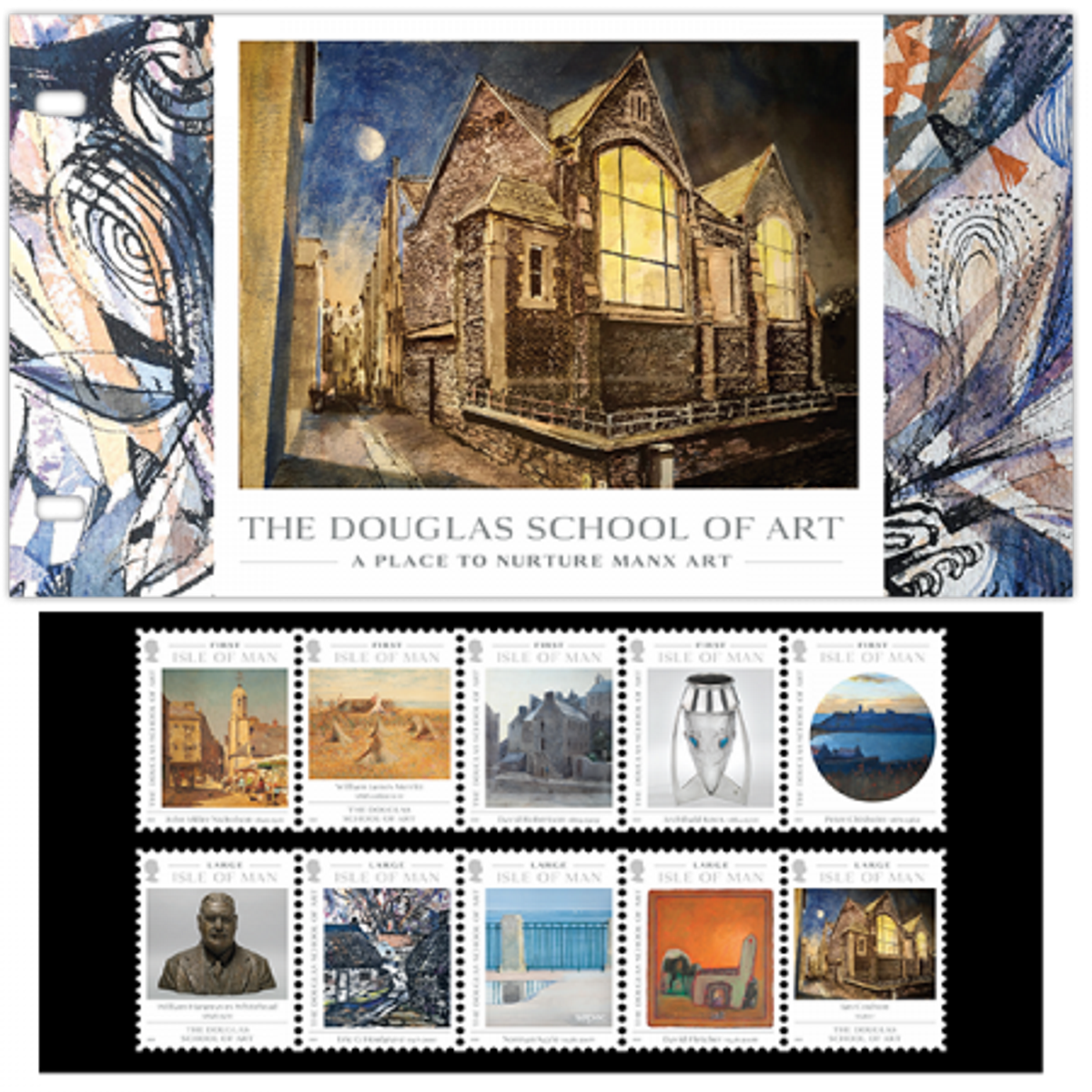 The front cover of this four page, glossy folder is graced with a painting of the Douglas Art School at night by Ian Coulson, who was a student at the Douglas School of Art, then a tutor and Foundation Course Leader from 1987-2016.

Ian was a Douglas School of Art student, tutor then Foundation Course Leader and details in his text of his major influences, including Norman Sayle and Maurice Day. 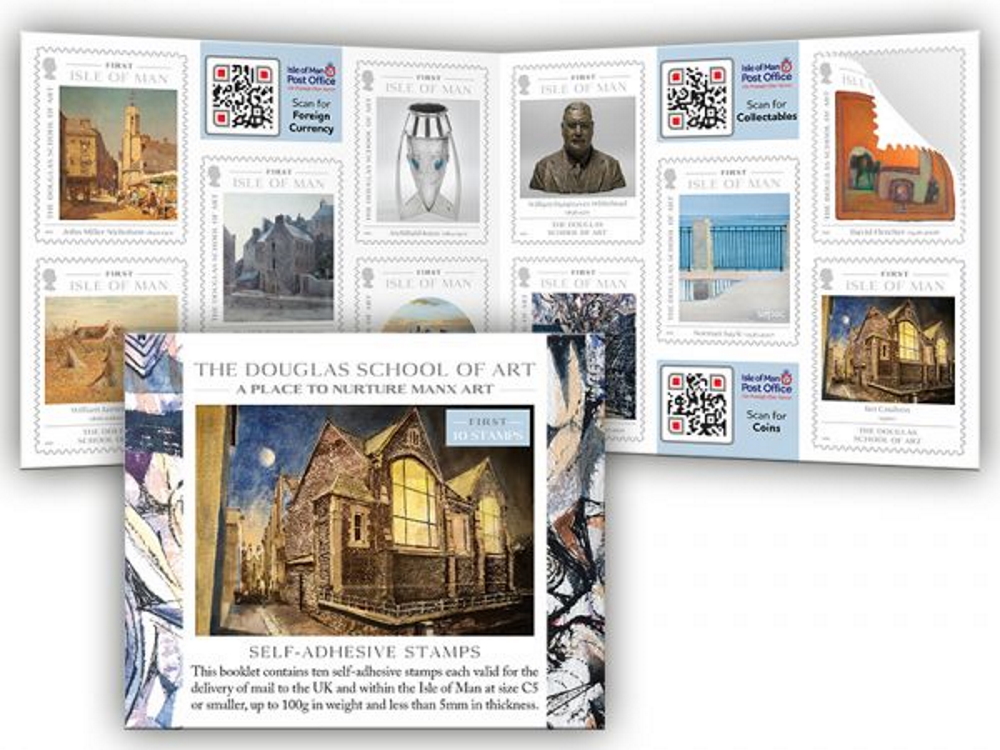 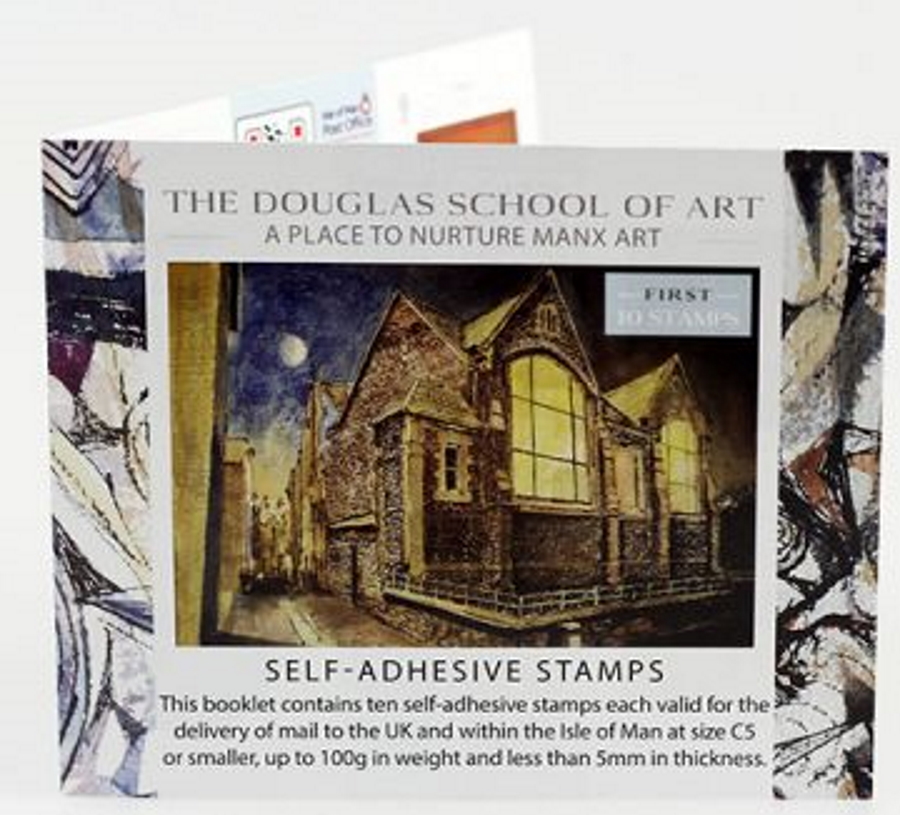 The Douglas School of Art Self Adhesive Stamp Booklet

A wallet-sized booklet of ten self-adhesive stamps each valid for the delivery of letter mail to the UK and within the Isle of Man.

All ten of these wonderful Douglas Art School stamps are contained within a wallet-sized booklet for your convenience.

This self-adhesive booklet contains ten first class stamps from the collection and feature images of ten paintings by principal artist-lecturers who inspired successive generations at The Douglas School of Art.

Also available as a self adhesive pane, featuring 10 stamps from the collection. Both booklet and pane are available in mint condition or cancelled to order. 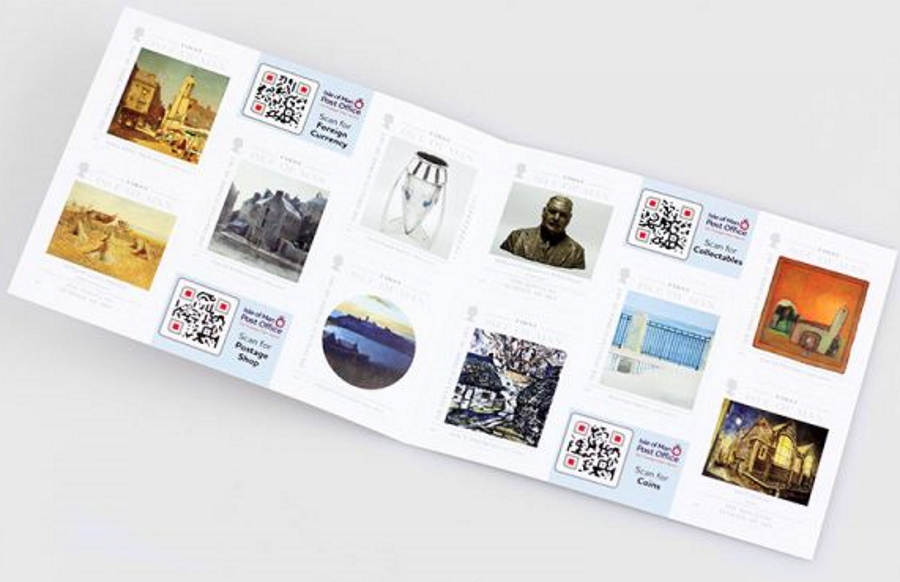