The widely publicized “Dedication to Fight the Pandemic” pair of stamps set to be released by the People’s Republic of China was postponed due to design flaws. Announced by China Post in a 31 March 2020 press release and due to be issued on 7 April, the stamp designs were recalled and a redesign ordered less than three days prior to this release date.  Also due to be issued on 7 April was a meter stamp with the same theme; this, too, was postponed.

Please see my previous post regarding this stamp issue including several of the design proposals.

(1) the design didn’t use the official name of the virus: COVID-19;
(2) the stamp shows a landmark of Wuhan, but complaints were voiced that this was possibly discriminatory against citizens of Wuhan;
(3) most complaints centered around the red character 众 which means “ all people fight together ” being separated across the two stamps by the perforations, making this rather inauspicious or unlucky.

The first indication to Western philatelists of the stamp issue’s impending release was made via a Tweet late on the afternoon of Wednesday, 6 May 2020, a Buddhist holiday in China and elsewhere in the region: 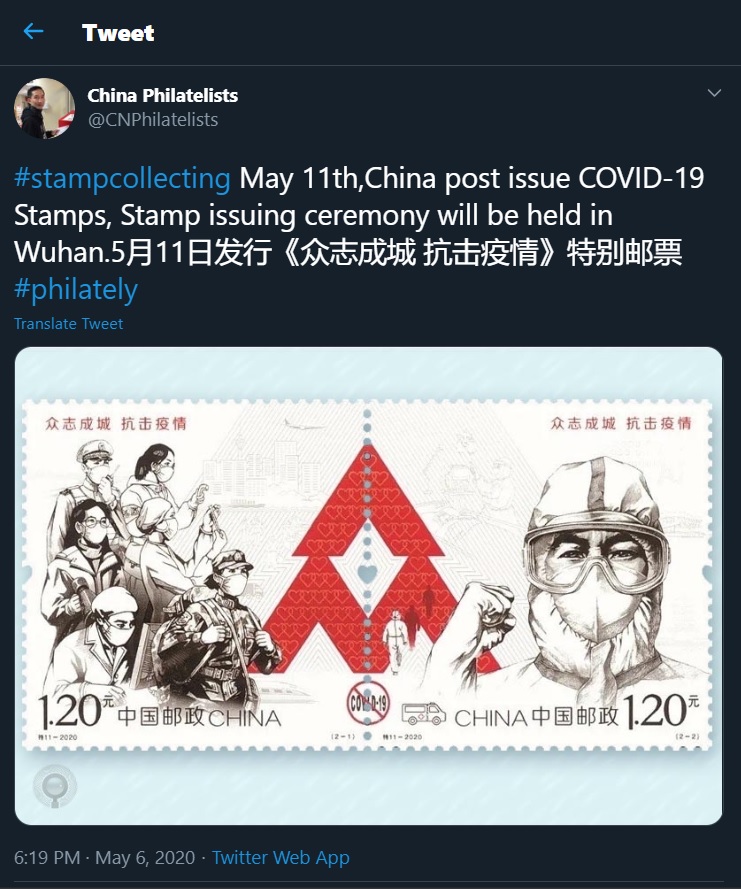 It was obvious that China Post had listened to the complaints voiced in April. Due to a great deal of controversy and misconceptions voiced worldwide about China’s handling of the beginning of the pandemic, it was obvious that they would like to err on the side of caution in all regards at this point in time, right down to making sure the stamps are perfect. It did not take long before collectors in China began pointing out the differences: 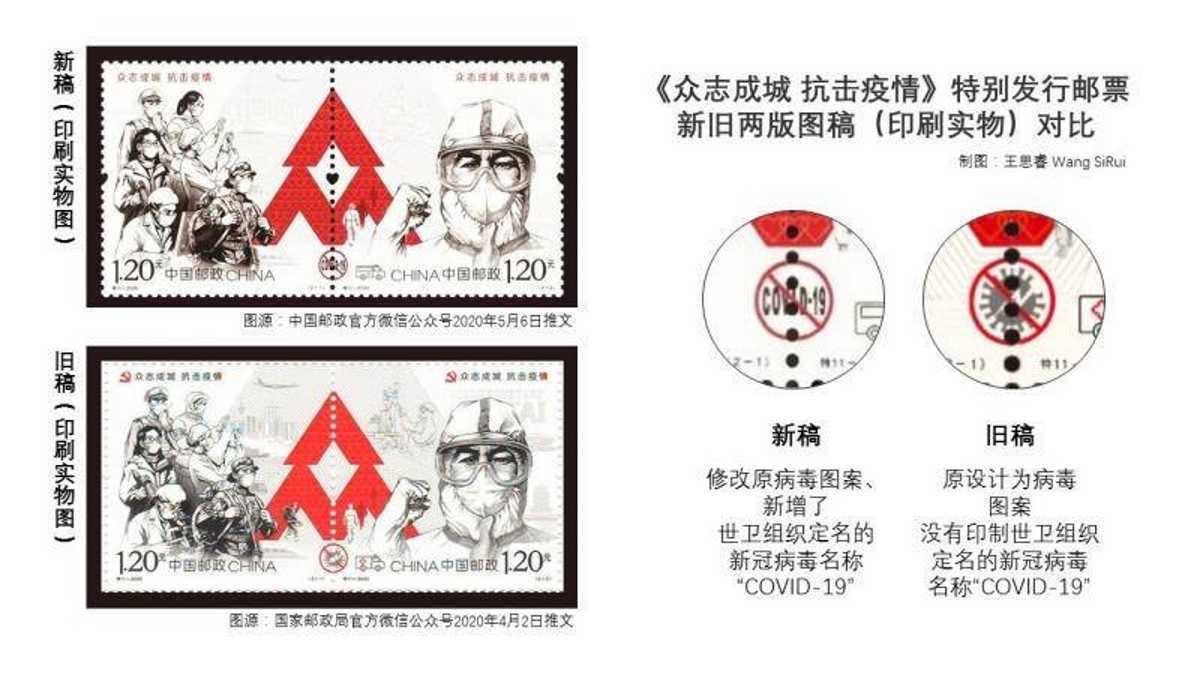 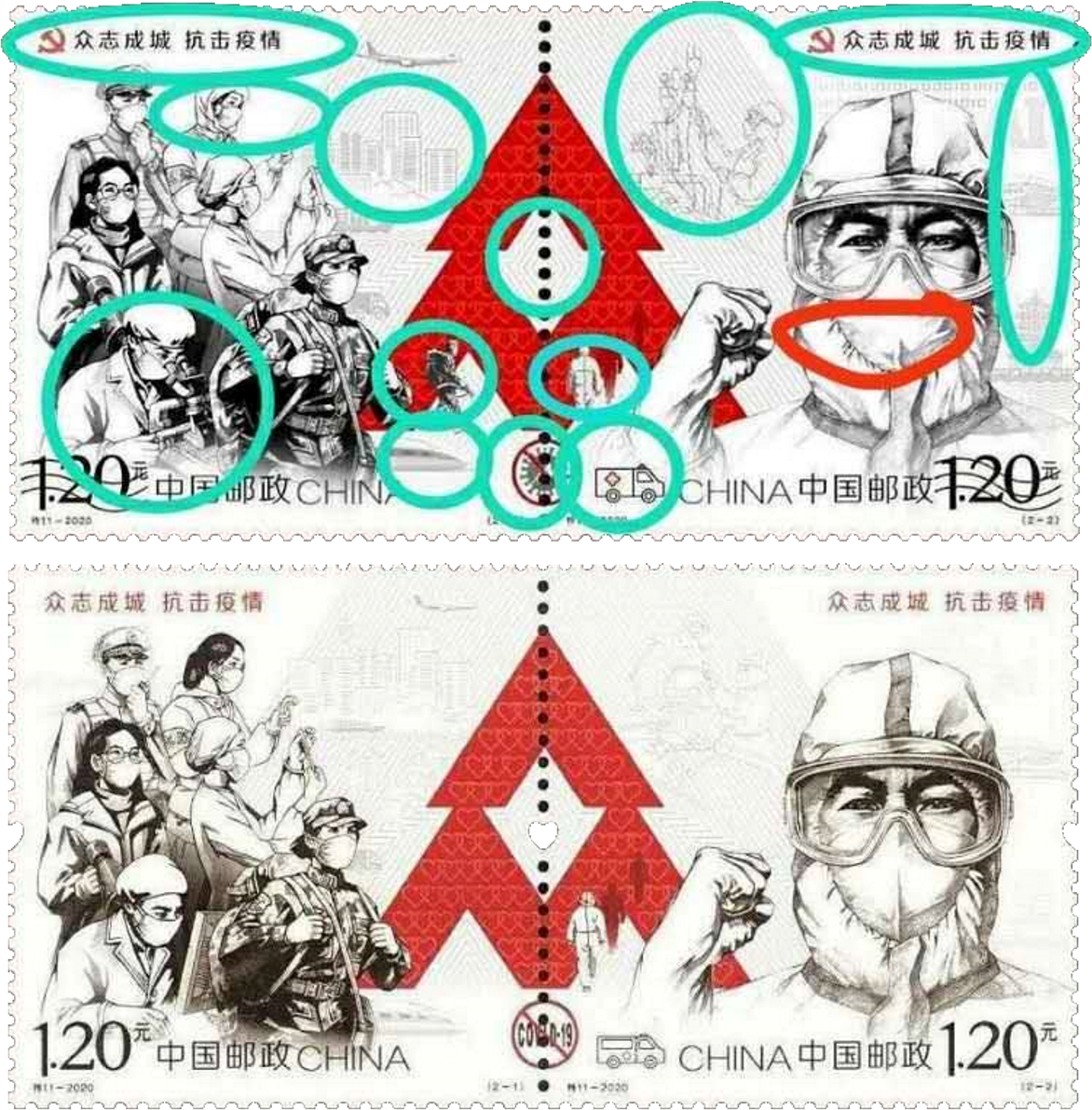 This is destined to be a very popular issue.  Please see my earlier post for ordering details.