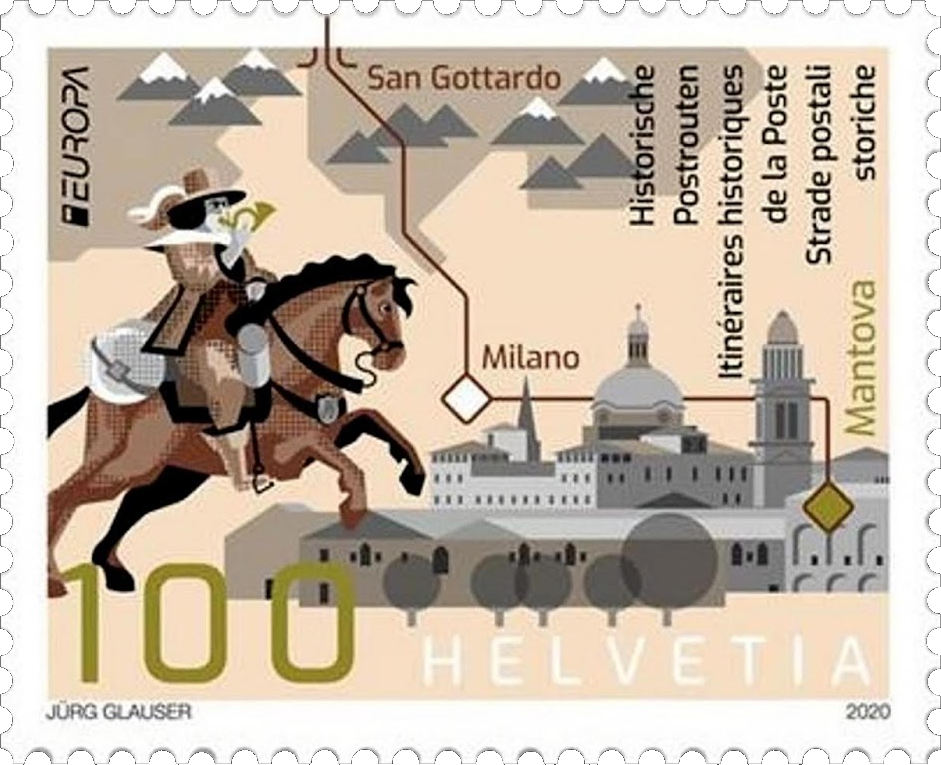 valid within Switzerland and Liechtenstein 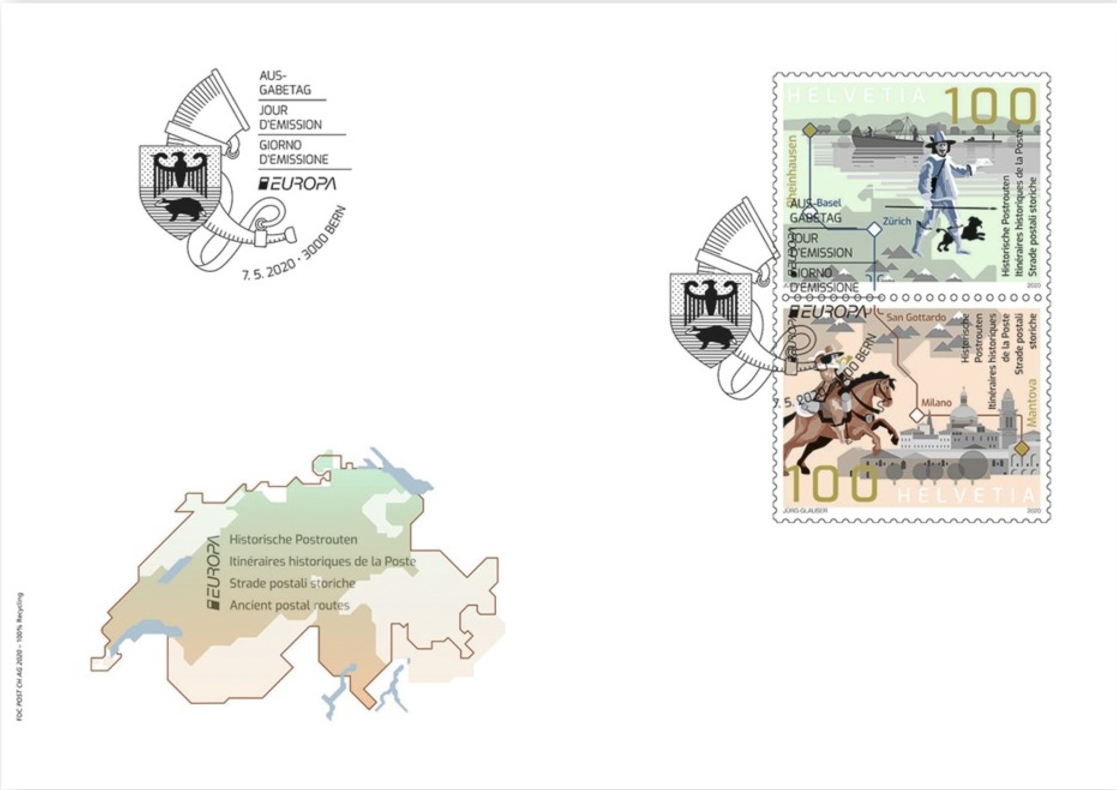 EUROPA stamps promote cooperation in the postal sector, particularly in relation to philately. With a theme that changes each year, they also help to raise public awareness of Europe’s shared roots, culture and history. The theme for 2020 is ancient postal routes. The design produced by Switzerland in cooperation with Germany depicts a postal route from 1627, printed in a vertically correlated form. The route ran from Rheinhausen in Germany, passing through Basel and Zurich, before reaching Milan and Mantua. It was operated by the House of Thurn and Taxis, a noble family from Lombardy who set up a courier service for the Republic of Venice in the 14th century. The brothers Janetto and Francesco de Tassis (the Germanized form of Taxis) founded the postal service spanning Europe in 1490 on behalf of the later Holy Roman Emperor Maximilian I. Their descendants ran the imperial post service from Brussels. The post riders were adventure seekers who encountered many dangers along the way. In the beginning, the postal charge was indicated as a figure on the envelope: on the front if it had to be paid by the recipient and on the back if it had already been settled by the sender. Later, postmarks were introduced, even before the emergence of the stamp in the 19th century. 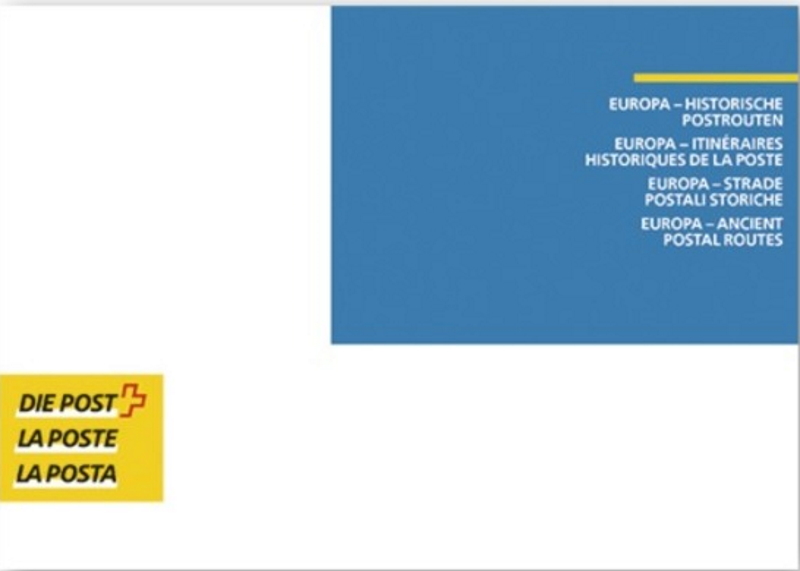 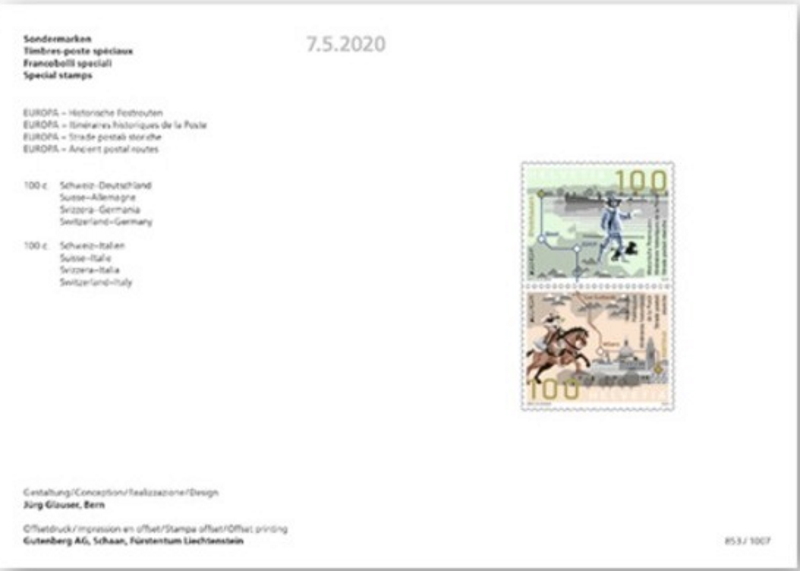 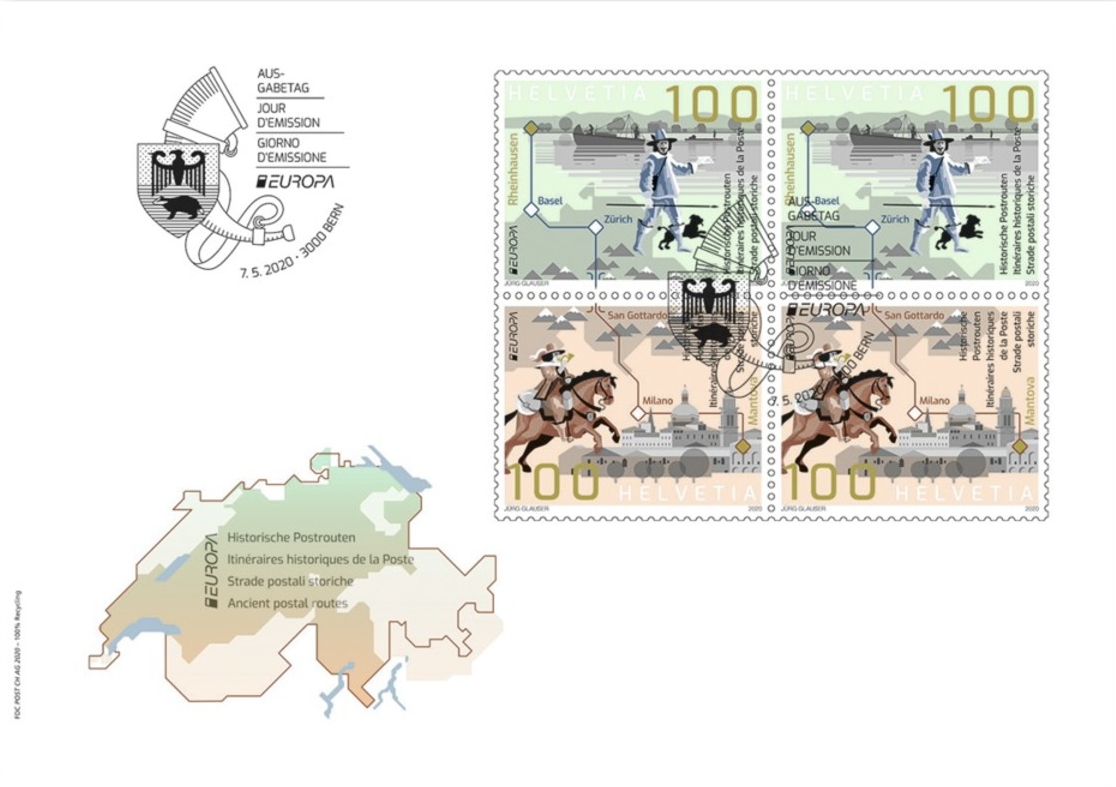 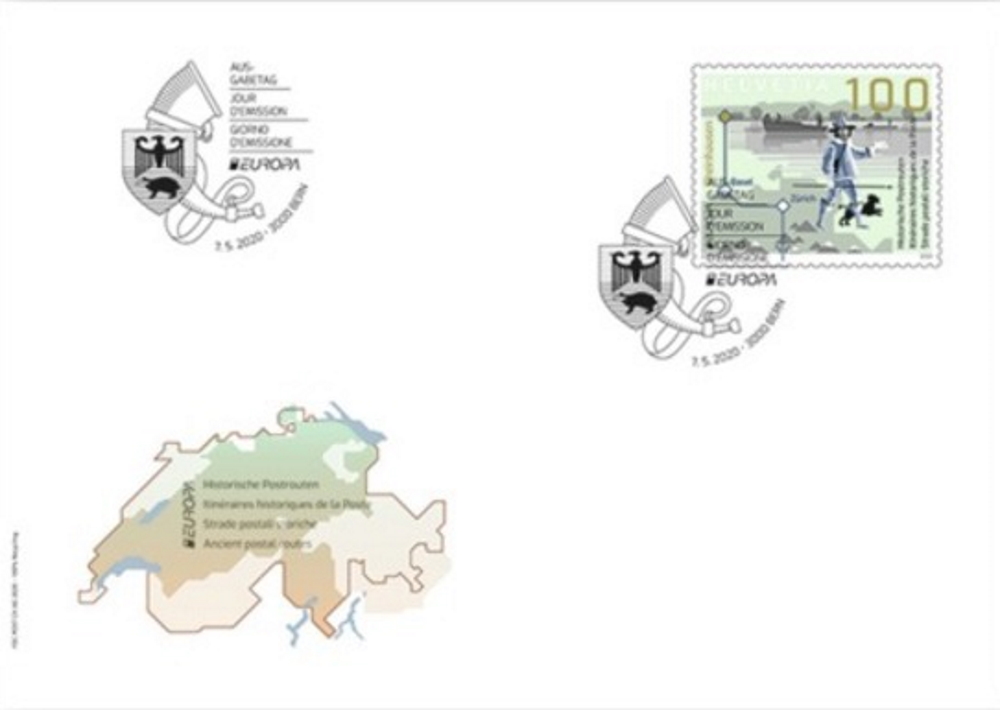 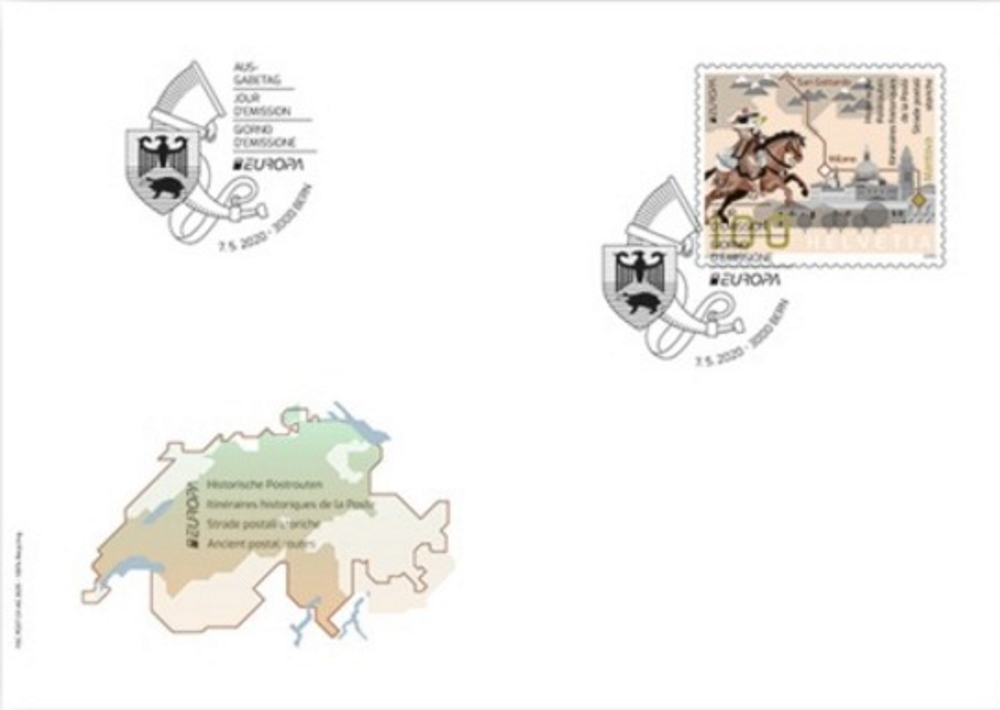 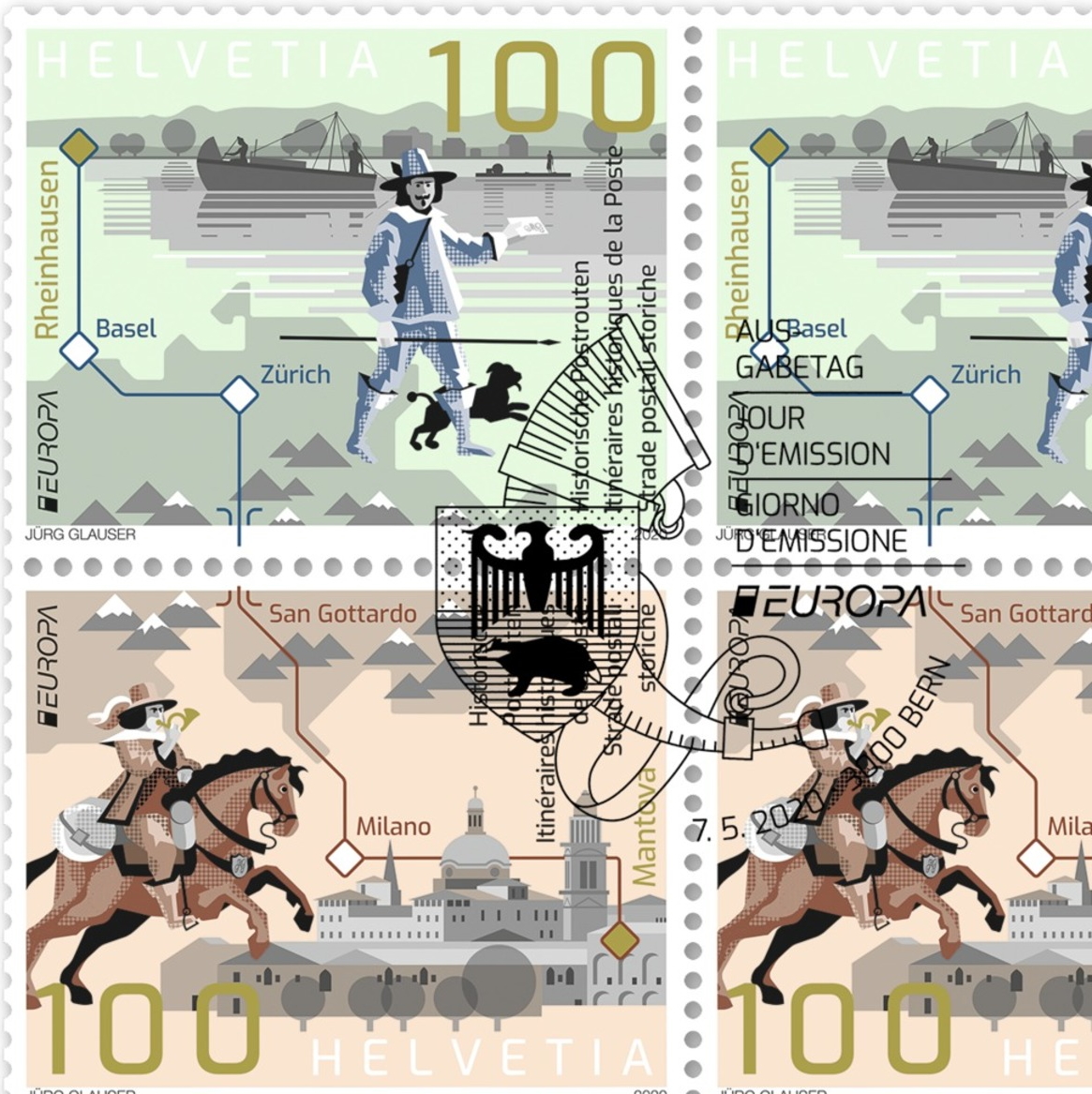