ANNIVERSARIES. Opening of the socio-cultural Cal Pal in La Cortinada

Cal Pal is a pairal house, stately home, located in the village of La Cortinada, in the parish of Ordino, Andorra. Its origins date back to the Middle Ages when it belonged to the Escoter family until one of the descendants, Bernat Escoter, the vicar of La Massana, and his wife Raimunda donated the house to Joan Pal de Ordino, at which time it received the name by which it is still known.

The house gained importance over many centuries until it became one of the most important houses in the parish, as can be seen in its construction and as it is one of the most representative examples of the country’s vernacular architecture. Several extensions were documented in the 16th and 19th centuries, when a third part was added to the property, including the two covered galleries on the southeast facade and its characteristic white-walled loft that protrudes over one of the corners. The house has looked like this ever since.

In 2018, the house became a space for discussing and reflecting on the art, identity, origins, and natural and cultural heritage of Andorra. The first large project, Primera Pedra, was dedicated to the study, collection, promotion and preservation of dry-stone constructions, which is an ancestral construction technique present in many countries and particularly common in Andorra, where the stones are placed in their natural form, without using any mortar or glue. 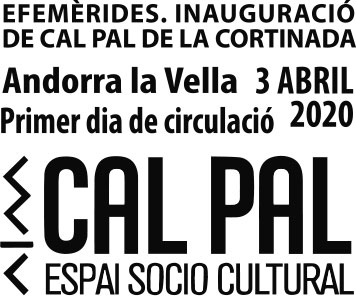