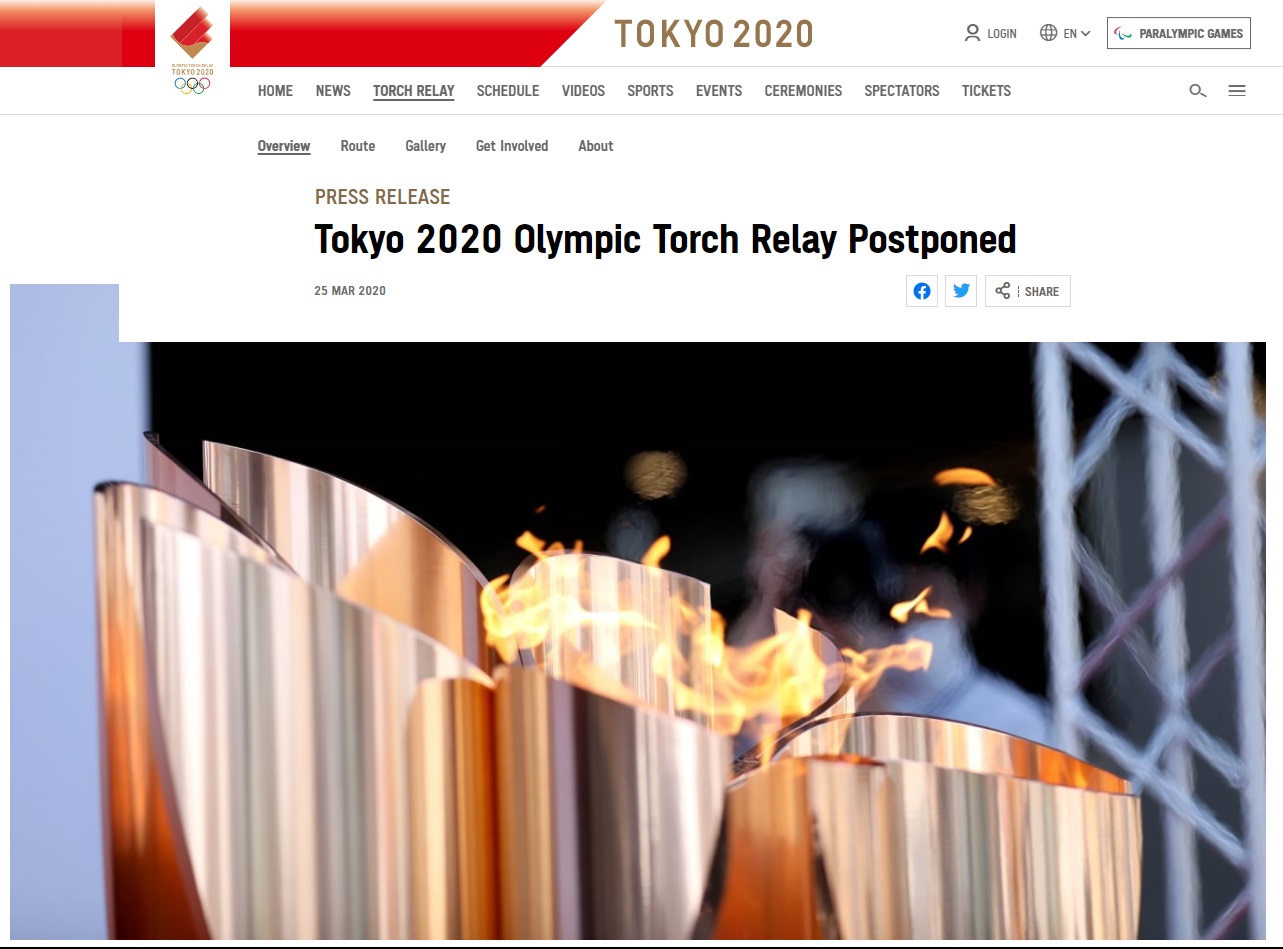 The postponement of the Games of the XXXII Olympiad, also known as Tokyo 2020, a few days ago as I write this was probably the biggest non-virus news story internationally for weeks.  Of course, it actually is related to the current coronavirus COVID-19 pandemic.  Along with the Summer Olympics themselves, the preceding torch relay has also been postponed.  It was to have begun tomorrow (26 March).

The test of the official press release reads:

In the light of this postponement, Tokyo 2020 has decided to postpone the Tokyo 2020 Olympic Torch Relay scheduled to start on 26 March. We will announce revised dates for the Torch Relay after the new schedule for the Tokyo 2020 Games has been fixed, and renew our preparations for a vigorous Grand Start event that will bring people together again.

We apologise for the inconvenience caused to our partner organisations, each prefectural taskforce and the many other stakeholders who have made such great efforts to prepare for the Relay, and we ask for your continued cooperation. We will consider measures that allow torchbearers who were selected to run in the now postponed event to be given priority in the selection process for the new Torch Relay.

The Olympic torch was designed by Tokujin Yoshioka and unveiled 19 March 2019; the design is inspired by cherry blossoms, with 5 petal-shaped columns around the tip of the torch, and a rose-gold “sakura gold” color finish. Their construction incorporated aluminium recycled from unused shelters deployed in the aftermath of the 2011 Tōhoku earthquake and tsunami. 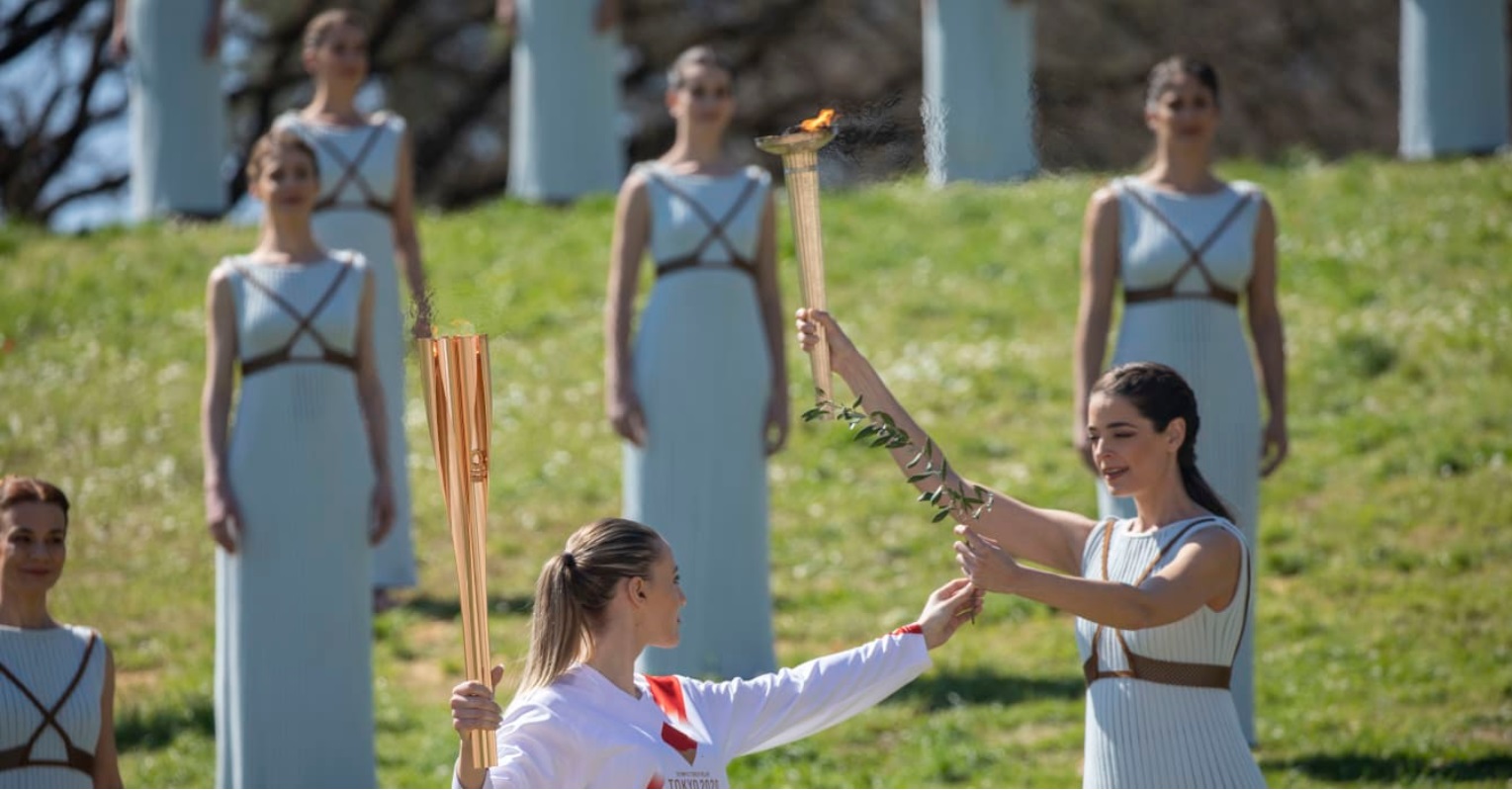 As the damage from the 2011 Tōhoku earthquake and tsunami mostly affected three prefectures, Miyagi, Iwate and Fukushima, a special torch display known as “Flame of Recovery” was held in these prefectures. The flame first arrived at Matsushima Air Field before being displayed at the locations below. 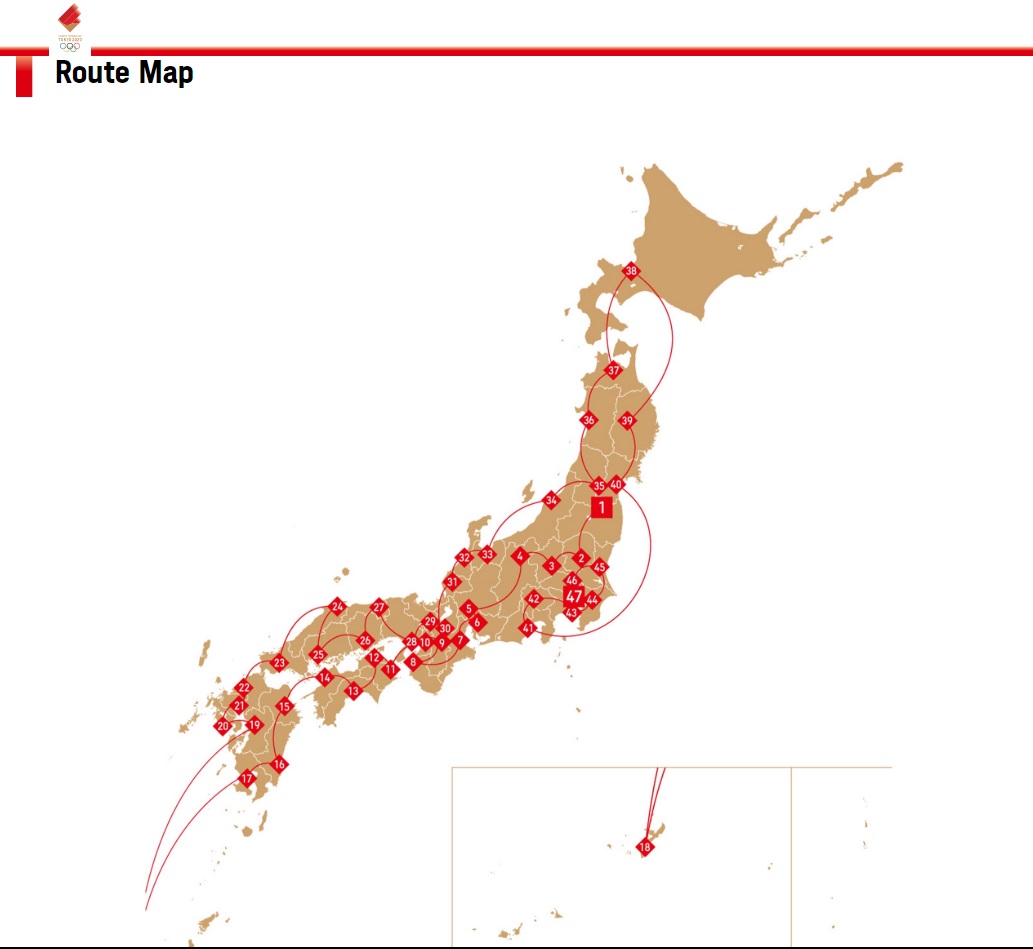 Prior to the postponement, the torch relay itself was to have begun on 26 March at Naraha (楢葉町, Naraha-machi), a town located in Fukushima Prefecture (Day 1) and was to travel to all 47 prefectures in Japan, showcasing the cultural and scenic attractions of each region before arriving on 24 July (Day 121) at The Japan National Stadium (国立競技場, Kokuritsu kyōgijō), formerly known as New National Stadium, in Kasumigaoka, Shinjuku, Tokyo.

At the 2020 Summer Olympics opening ceremony, the relay was to have ended with the lighting of the cauldron at the stadium. In December 2018, organizers announced that, similar to what happened at the 2016 Summer Olympics, two cauldrons would be built: one inside the Olympic Stadium and another on the waterfront, near the Dream Bridge. The function of the stadium cauldron will be merely scenographic, to go according to what is established in the Olympic Charter. The Dream Bridge cauldron will be the place where the flame will burn during the 16 days of the Games. It will be lit right after the end of opening ceremony and will be extinguished a few moments before the closing ceremony starts, when the flame will return to the scenographic cauldron inside the stadium and will be burned for its last few moments. The decision to use a public cauldron came from the fact that it would not be possible to maintain the flame burning inside the stadium during the games.

Of course, all of this will now happen at an yet to be determined date sometime in 2021.  The Games of the XXXII Olympiad will retain the title of Tokyo 2020 despite the change in year.

Toyota, NTT, JXTG, Nippon Life, JAL, ANA and Japan Post Holdings are the presenting partners of the relay with the slogan being “Hope Lights Our Way”. Japan Post’s announcement as a supporting partner was made public in early September 2019, shortly after it released a set of semi-postal stamps to support the Tokyo 2020 Olympic games. 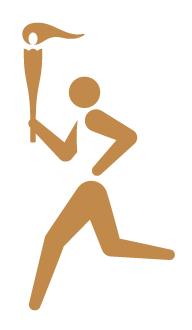 Masatsugu Nagato, Director & Representative Executive Officer, President & CEO of Japan Post Holdings, commented, “The Olympic and Paralympic Games Tokyo 2020 will soon be upon us. They will express everyone’s joy, enthusiasm and expectations for the future, and Japan Post Holdings’ mission is to transmit these great sentiments from Tokyo to the whole of Japan. As a Supporting Partner of the Tokyo 2020 Olympic Torch Relay, Japan Post will utilise its nationwide post office network to contribute, through postal services, to realisation of the Tokyo 2020 Olympic Torch Relay concept ‘Hope Lights Our Way’”

Yoshiro Mori, President of Tokyo 2020, commented, “I am delighted that agreement was reached today with Japan Post Holdings for them to become a supporting partner of the Tokyo 2020 Olympic Torch Relay. The Olympic Torch Relay will be held throughout Japan over 121 days. We believe that the solid post office networks the Japan Post has throughout the country will help us connect with as many people as possible and ensure the success of the Torch Relay.” 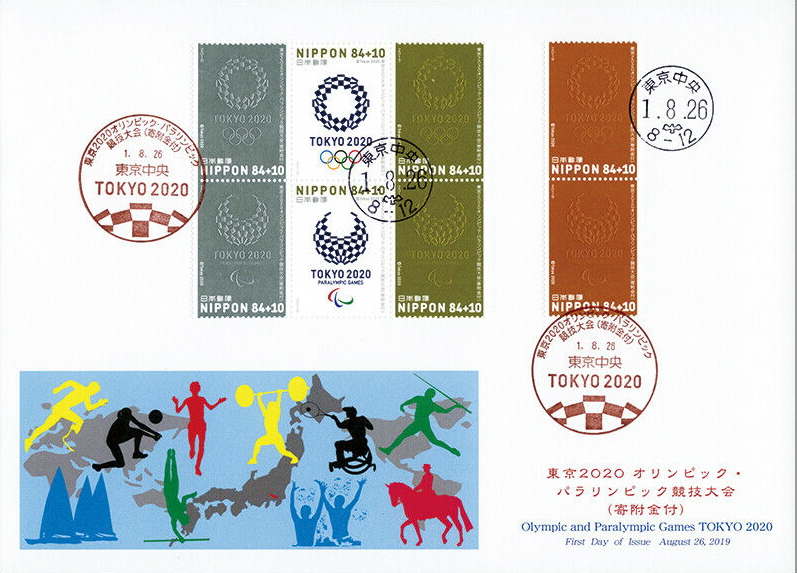 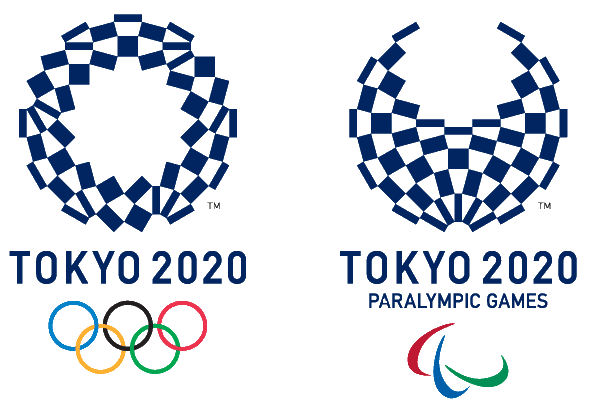