Two stamps are celebrating Bergen and Moss.
Bergen turned an impressive 950 in 2020 and on 10 August Moss was celebrating 300 years since Frederik IV granted it a charter as a merchant town.

Last year, these two cities competed to be named Norway’s most beautiful city. In the end, the capital of the west coast emerged victorious, but both cities became finalists due to their excellent and in particular forward-looking urban development. 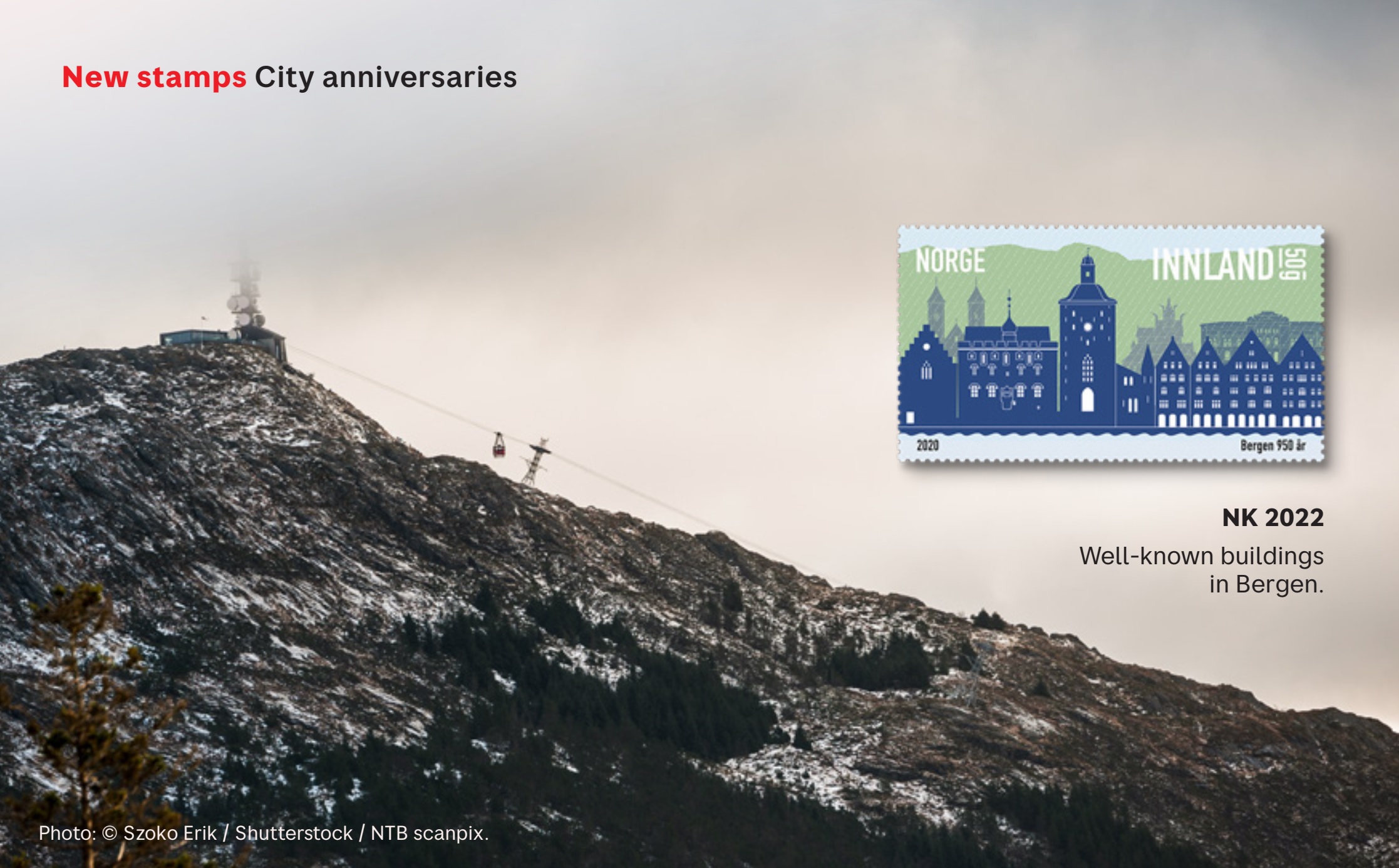 The anniversaries in 2020 were fittingly celebrated with inclusive and accessible celebrations for the cities’ residents. In Bergen, the goal was for residents and visitors to experience tradition as well as the city’s historical identity, and in particular be part of the cultural diversity created at the intersection of today and tomorrow. Moss will also arrange a celebration for its residents and visitors.

Bergen was founded by Olav Kyrre in 1070 under the name Bjørgvin, which means “the meadow among the mountains”. The city is surrounded by seven mountains and has been an important international trade and shipping port throughout history. Today, Bergen is the home of major players and institutions within culture, finance, health, research, and education. 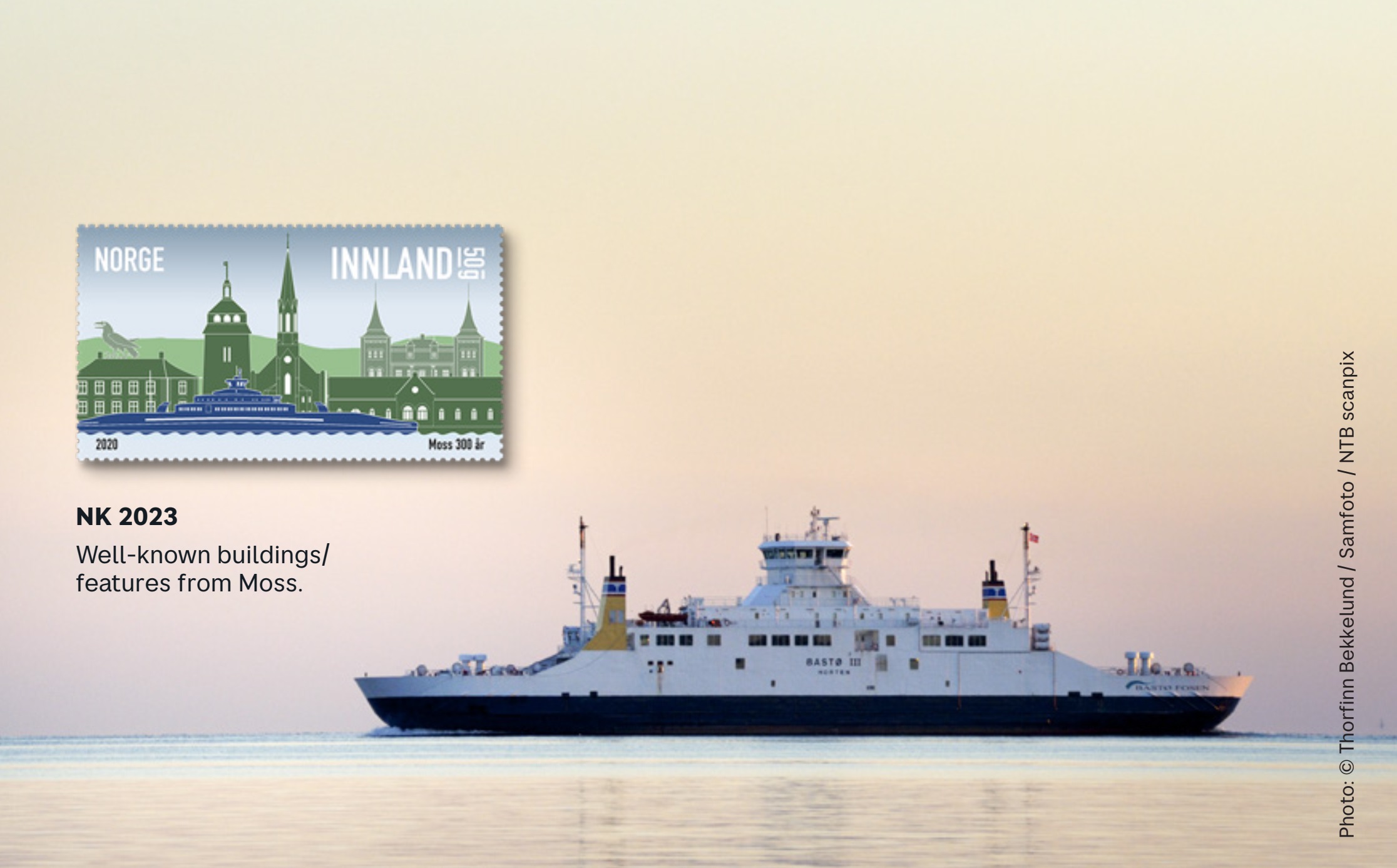 Moss has a diverse industry and trade environment, art galleries, and varying fjord and inland scenery with, for example, Jeløya island, the Mossemarka countryside and Vansjø lake.

Mossefossen waterfalls in Mosseelva river (also called Mossa), towering at around 25 m, has provided for a diverse commercial industry with sawmills and mills. In addition to 2020 being the anniversary of its charter, it is also the year Moss and Rygge will merge together to form a single municipality. 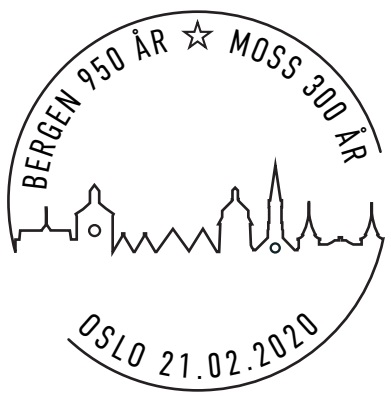 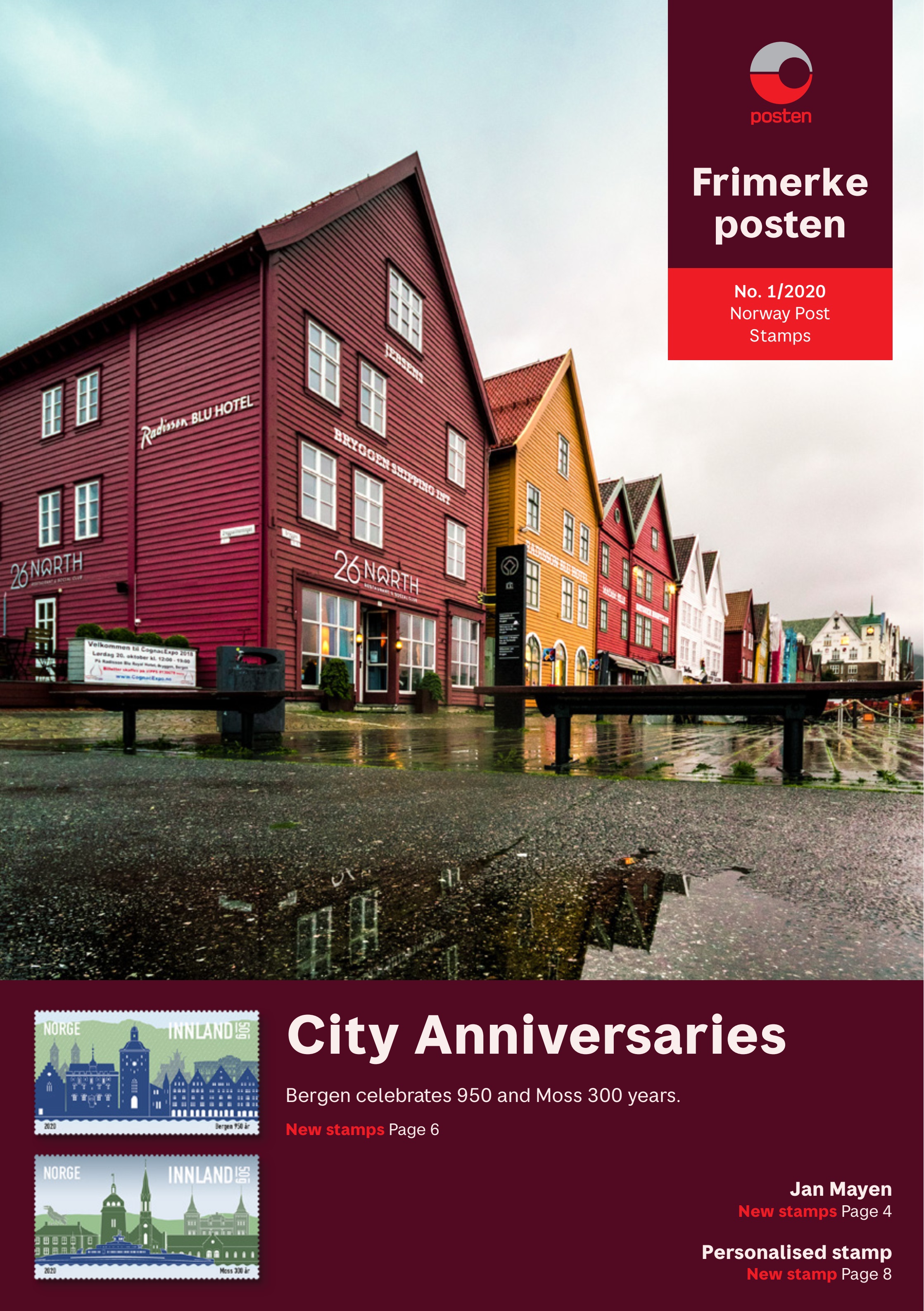