Postal routes in the Faroe Islands have always been difficult and challenging. Formidable mountains had to be climbed and deceptive straits crossed to deliver the mail – and sometimes things went very wrong.

Postman Jákup’s Demise
On November 24, 1887, the very first postman in the Northern Islands, Jacob Eliassen (1836 – 1887), embarked on the route Klaksvík – Viðareiði. Although the weather was reasonably good, mountains were covered with snow and ice. Postman Jákup, or Jakke í Vági, as he also was called, was never seen alive again. A search and rescue party was quickly assembled and the following day Jákup’s body was found on the precipitous hillside north of Árnafjørður. It became clear that he had chopped tracks in the steep path up to the passage at Gjógv but lost his footing and fallen down approx. 350 meters, plunging headlong over a vertical cliff of approx. 19 meters. On the map depicted on the stamp, postman Jákup’s route is marked in yellow.

The Postmen on the Mountain
The 17KR stamp motif depicts another dramatic event on the same route. A few decades after Jákup suffered his fatal accident, two postmen were heading in the other direction – from Viðareiði to Klaksvík. One of them, Jacob Vitalis, Jakke í Krotugrøvini as he was called, recounted the experience in an interview recorded in 1971.

Having crossed the mountain ridge facing Árnafjørður, the two postmen were taken aback when hit with a heavy snowstorm. At a place called “Breytarstígar” they realized that they would not be able to climb down because of darkness and heavy snowdrifts. They managed to reach a rocky hill close by where they built a shelter of stones for their own protection. The night was cold and the wind blew fiercely. In order not freeze to death, they started tearing down the stone shelter and piling the stones up again. Thus, the night passed – they stacked the stones, tore them down again and sometimes fought each other in jest to keep warm. At daybreak they were able to see their surroundings and started digging themselves down through the snowdrifts with the shovels they had brought with them, hauling each other down in ropes over the steepest cliffs until finally reaching safety in Árnafjørður.

The red line on the map indicates the route travelled by these two postmen.

The Route: Vestmanna – Vágar
At the turn of the last century mail was delivered to Kvívík, Vestmanna and Vágar island by postman Ólavur Olsen (1855 – 1947). Ólavur went from Vestmanna to Tórshavn to get the mail. Back in Vestmanna, he rowed across the strait with mail bound for Vágar. The strait of Vestmanna is notorious among sailors for its exceptionally strong currents. It is especially difficult to traverse when the wind and the currents are moving in opposite directions.

A Mailboat Goes Down
Friday, October 1, 1920, was just such a day. It was very windy – strong gusts and ocean currents coming from opposite directions.

The mailboat was a traditional open Faroese boat, a so-called “six-oared boat”, equipped with an outboard motor. It was heading to “Sunnaru gjógv” at Kvívík by Streymoy island to collect the postman, Hans David Niclasen (50), a well-known trade unionist at the time. He was to be ferried to the landing site “Fútaklettur” on Vágar island. The crew consisted of two men, Johannes Jacobsen (32) and Karl Alfred Olsen (19) from Vestmanna.

Also boarding the boat at Kvívík was a female passenger, Sofie Nattestad (27) from Miðvágur. Mrs. Nattestad’s brother-in-law had accompanied her from Kvívík to “Sunnaru gjógv” and stood ashore watching while the boat crossed the strait. Approximately halfway across the strait the boat suddenly vanished from sight, probably capsizing in the rough weather. The brother-in-law sounded alarm and people from Kvívík and Vestmanna rushed out on the strait in boats to search for survivors. The only thing they found was some debris. All four boat occupants lost their lives in this tragic accident.

Mailboat “Ólavur”
Following the accident in 1920, a ban was imposed on mail deliveries in open boats across the strait of Vestmanna. Ólavur Olsen’s sons, Samuel Jacob (Sam) and Johan Olsen assumed the responsibility of transporting mail across the strait after the death of their father. They had a decked boat, named Helgi, which was now put on the route. Helgi, however, was primarily a fishing vessel. In 1930 the brothers built a new decked boat to be used especially for mail, passengers and other freight. They named the new boat “Ólavur” after their father.

In 1945, Sam Olsen’s son, Alfred, started sailing with “Ólavur”, and when Sam died in 1947, he and his uncle Johan continued transporting mail, goods and passengers across the strait of Vestmanna. Later, Alfred’s brothers, Karmal and Torkil, were enlisted as crew members on the mailboat.

This happened before any regular road connections existed between Tórshavn and Vestmanna. When the mountains were snowbound, “Ólavur” often sailed to Tórshavn to collect mail. On its way back to Vestmanna the boat docked in Leynar, Kvívík and Fútaklettur. Otherwise, its regular route was Vestmanna, Fútaklettur, Kvívík, Fútaklettur and Vestmanna as the red line on the 20kr stamp shows. “Ólavur” also sailed to the tiny village of Slættanes on Vágar island until 1964 when the village was finally abandoned by its inhabitants. Ólavur was also deployed elsewhere in the Faroe Islands when one of the other mailboats were unable to sail.

The Accident at Fútaklettur
On December 29, 1958, “Ólavur” was delivering mail and passengers to Vágar as usual The landing site at Fútaklettur was primitive and so shallow that “Ólavur” was unable to dock in bad weather due to risk of grounding. Therefore, a smaller boat was had in tow and used to move people and goods from the decked boat to the quay.

The sea was rough that fateful day, so Alfred and Karmal manned the small boat and started rowing with goods and mail. Four passengers were waiting at Fútaklettur and one of them went with the small boat back to “Ólavur” while three remained waiting on the quay. When the brothers rowed back to the quay, two of these passengers jumped aboard the boat but the third one hesitated, not daring to jump. He then changed his mind and the brothers turned back to get him. At that point, a big wave came crashing in, lifting the boat’s stern over the quay and capsizing it, resulting in everyone falling overboard. The three passengers were able to swim towards “Ólavur” and were saved, but neither Karmal and Alfred knew how to swim and were at the mercy of the surf. The third brother, Torkil was aboard “Ólavur” and wanted to jump overboard to help them but was held back by the first passenger who came aboard. He persuaded Torkil to tie himself to a rope before jumping. Having done so Torkil jumped overboard and was able to save Alfred. Karmal was drowned and later his dead body was found in a nearby ravine. He was 29 years old.

The road connection between Tórshavn and Vestmanna was not completed until in the mid-sixties. This resulted in changed regulations for transport across the strait of Vestmanna. In 1965 “Ólavur” was replaced with a larger passenger ferry, named “Bragd”, which also could carry cars. Later, larger ferries were brought in and when the long subsea road tunnel between Streymoy and Vágar was completed in 2002, the times of the ferries was finally over.

In the meantime the small proud mailboat “Ólavur” is still at anchor in Vestmanna, well maintained and fully functional despite its 90th anniversary this year. A worthy reminder of bygone times and challenging postal routes. 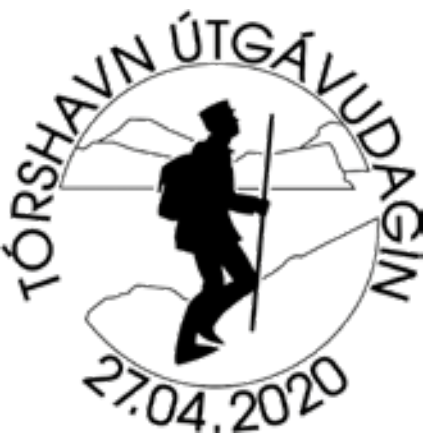 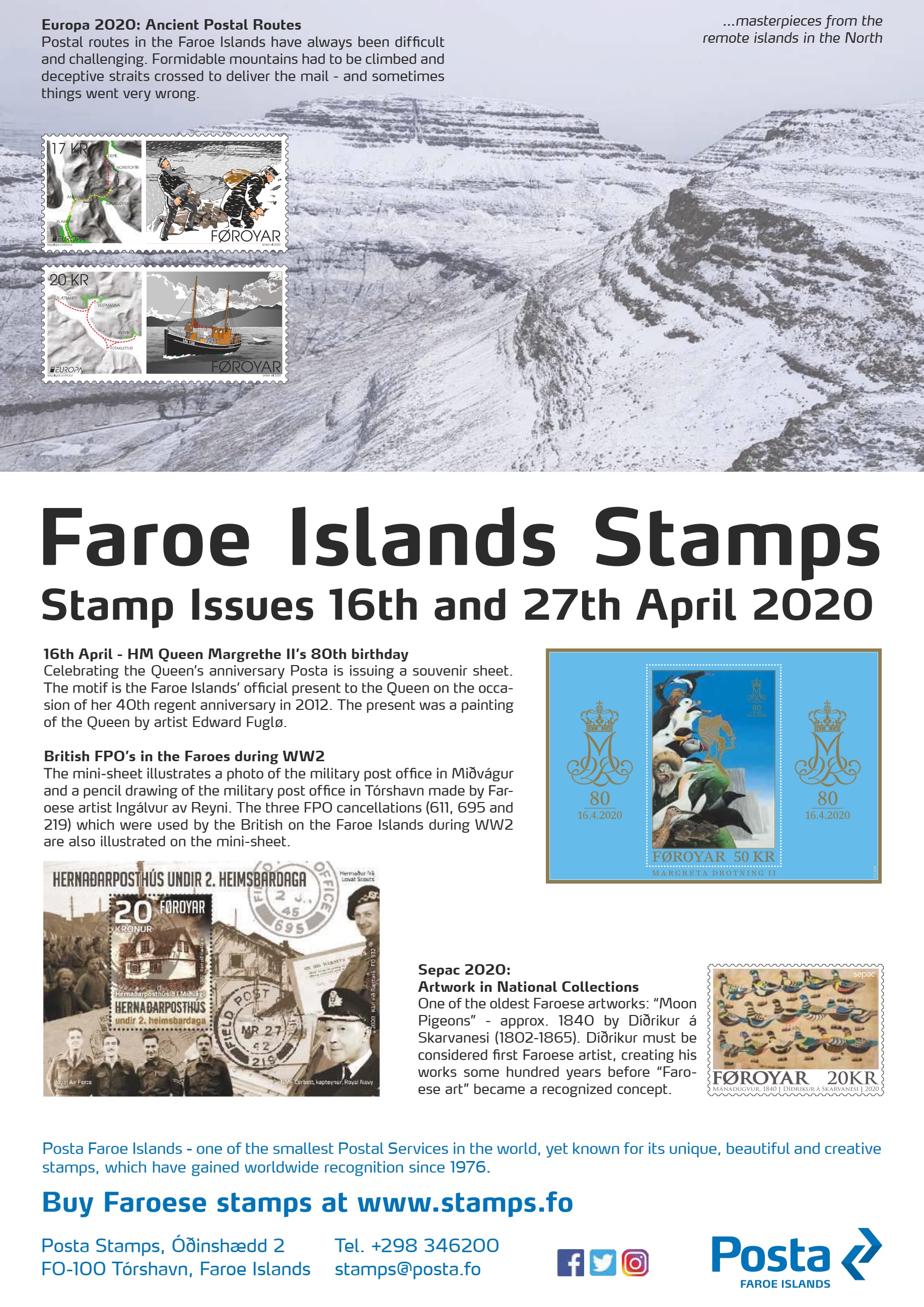