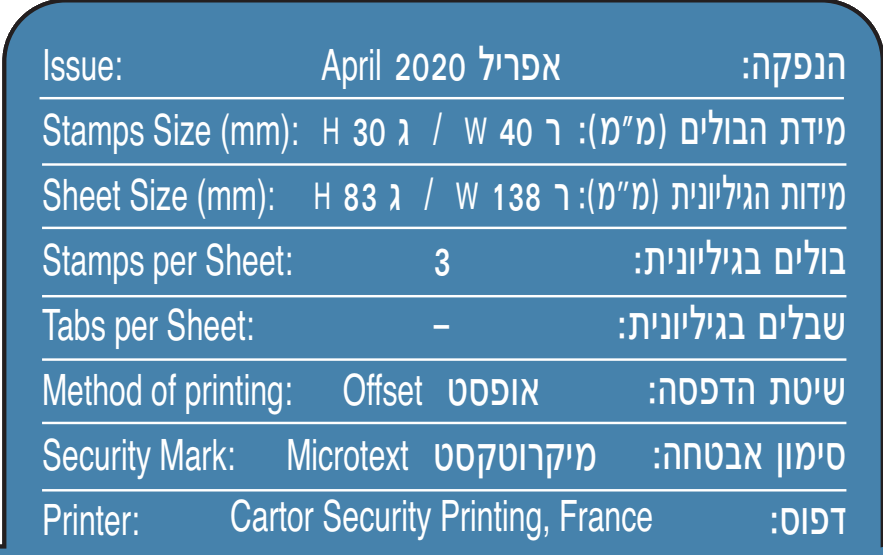 The letter card, cover and stamp – all of which are special and unique to Memorial Day – constitute the basis of a sensitive, original and extraordinary tradition that came into being following the War of Independence.

Since Memorial Day 1952, a long line of Presidents, Prime Ministers and Ministers of Defense have signed personal letters to bereaved families of the fallen and Israel’s premier artists take part in designing the covers and stamps for this commemorative day. Thus, from year to year, an unprecedented tradition has formed which, over time, has become one of the most recognized and extraordinary ambassadors of Israel’s commemorative culture.

(From: “Dear Families” published by the Ministry of
Defense, on the occasion of Israel’s 50th Anniversary)

The Haganah (Defense) Organization (short for “The Hebrew Defense Organization in Eretz Israel”) was established in 1920 and was the largest military body in the Jewish Yeshuv during the British Mandate. When the mandate ended and the State of Israel was declared, it became the Israel Defense Force (IDF).

The Haganah was subordinate to the national institutions – the Jewish Agency for Israel and the National Committee. It was headed by a national civilian board, which represented all parts of the Yeshuv, while the military aspects and actions were commanded by the General Staff and the Chief of the General Staff. These terms were coined in 1939.

The main objective of the Haganah was to safeguard the life and property of every Jew living in Eretz Israel. Its troops were trained clandestinely, preparing them for the struggles of the day with the Arabs and (at times) the British, as well as for the purpose of serving as a defensive shield for the future Jewish State. To that end, they established units, battalions, corps and services like those of an active army, which proved themselves in times of emergency from 1920-1947 and especially in the first few months of 1948, during the War of Independence, until the Haganah became the IDF.

In addition, the Haganah took it upon itself to expand the area of security settlements throughout Eretz Israel, to determine the future borders of the Jewish State. The organization played an especially memorable role in the “Wall and Tower” operation during which more than 50 fortified settlements were established, as well as in the pioneering settlement of the Negev Desert, which led to this large desolate region begin included in the map of the Jewish State declared by U.N. resolution on November 29, 1947.

The Haganah was also responsible for the illegal immigration to Eretz Israel when the British Mandate locked its gates. The Haganah brought in some 100 ships carrying 90,000 immigrants. Thousands of others arrived by land from countries in the Middle East. There was even illegal immigration via air – 150 Olim (immigrants) came on three flights from Iraq and Italy.

The Haganah trained thousands of commanding officers at all levels and they formed the organization’s command infrastructure as well as that of the IDF for decades afterward.

In his Order of the Day on May 31, 1948, David Ben Gurion established the IDF, declaring: “The Yishuv and the Jewish People owe the Haganah an immense debt throughout all the stages of its existence and development. Without the experience and planning, the operating capacity and command, the loyalty and heroic spirit of the Haganah, the Yeshuv would not have withstood its bloody trials and we would not have achieved the State of Israel. The historic chronicles of the Jewish People will feature a glowing chapter about the glorious and brilliant days of the Haganah, which shall never be forgotten”.

Security Stamp
Haganah fighters in the Jezreel Valley. Adapted from a photo by Zoltan Kluger, 1948, courtesy of the Government Press Office.

Settlement Stamp
Building a guard tower at Kibbutz Masada. Adapted from a photo by Zoltan Kluger, 1937, courtesy of the Central Zionist Archives.

Illegal Immigration Stamp
The “United Nations” illegal immigrants ship at the Nahariya shore. Adaptation of a photo, 1948, courtesy of the IDF and Defense Establishment Archives. 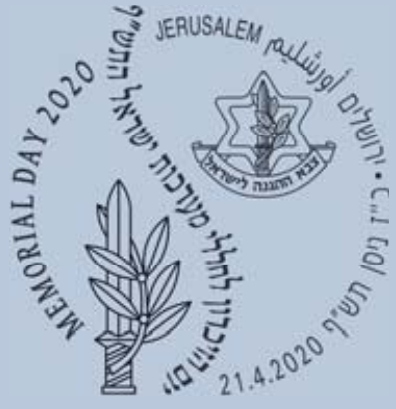