In 2020, the world celebrates 250 years of Ludwig van Beethoven. Beethoven was a prominent figure in the transitional period between the classical and romantic musical eras. Considered a revolutionary artist and an artistic visionary, his influence is still felt around the world today, including in Jersey where the Jersey Symphony Orchestra has performed a number of his works over the years. Taking a contemporary approach, these stamps represent a selection of some of Beethoven’s most famous compositions. Each stamp incorporates an excerpt from the musical score of the piece, a key instrument in the composition and a portrait of Beethoven himself. 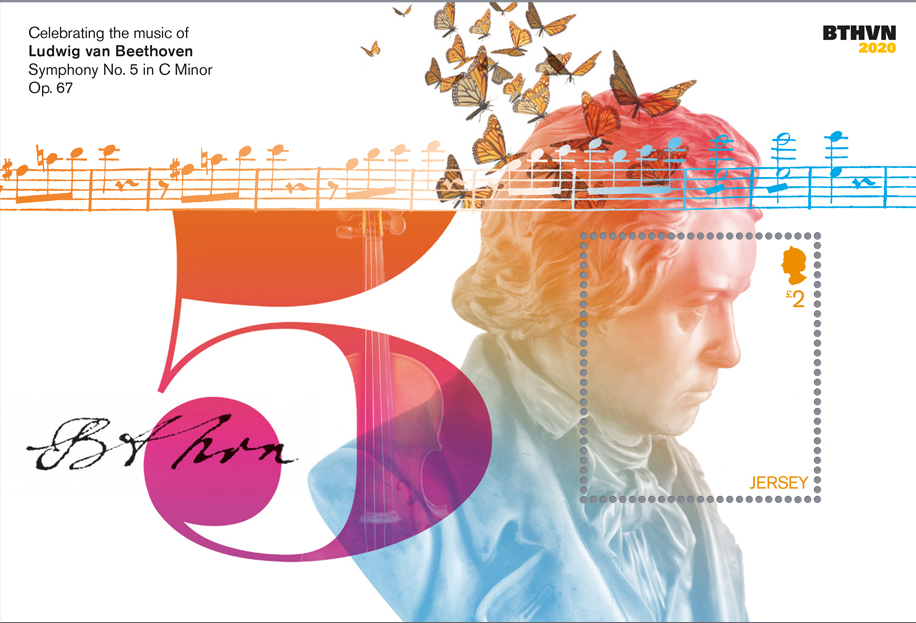 The Miniature Sheet pays tribute to Symphony No. 5 in C minor. This composition is probably the most well known piece of music by Beethoven, with its distinctive four-note “short-short-short-long intro. It was written between 1804 -1808, the symphony and the four-note opening motif in particular, are known worldwide, with the motif appearing frequently in popular culture, from disco versions to rock and roll covers, and uses in film and television. 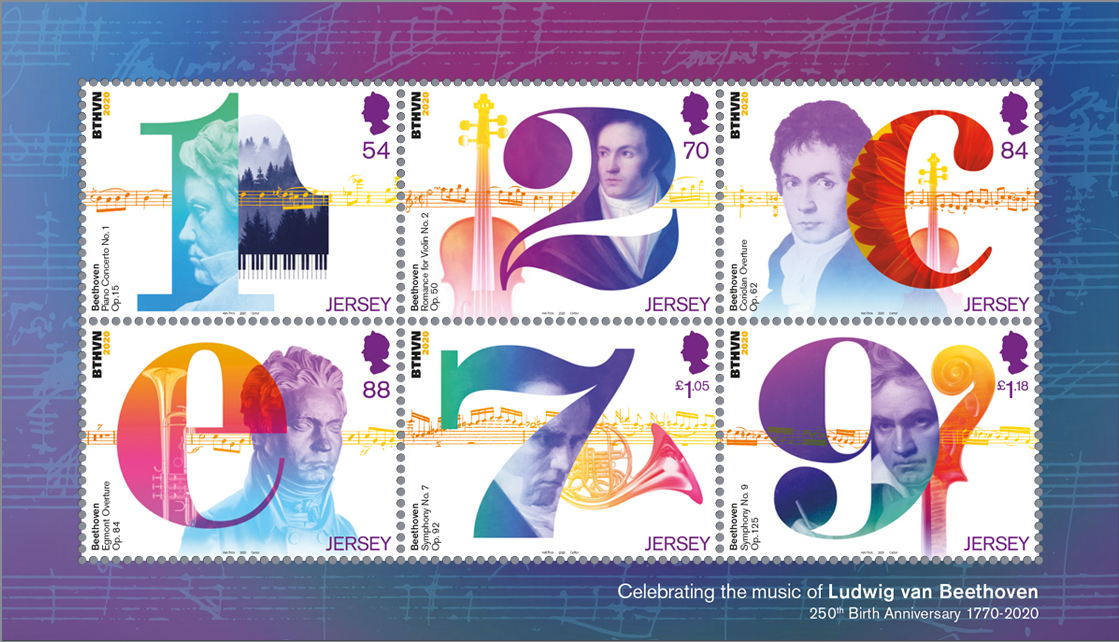 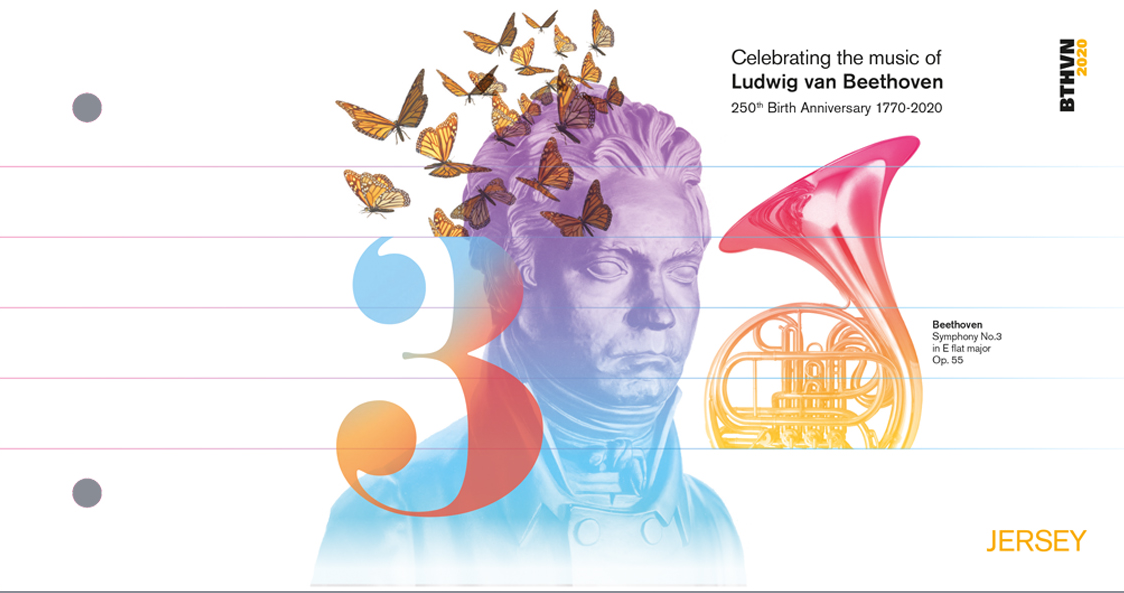 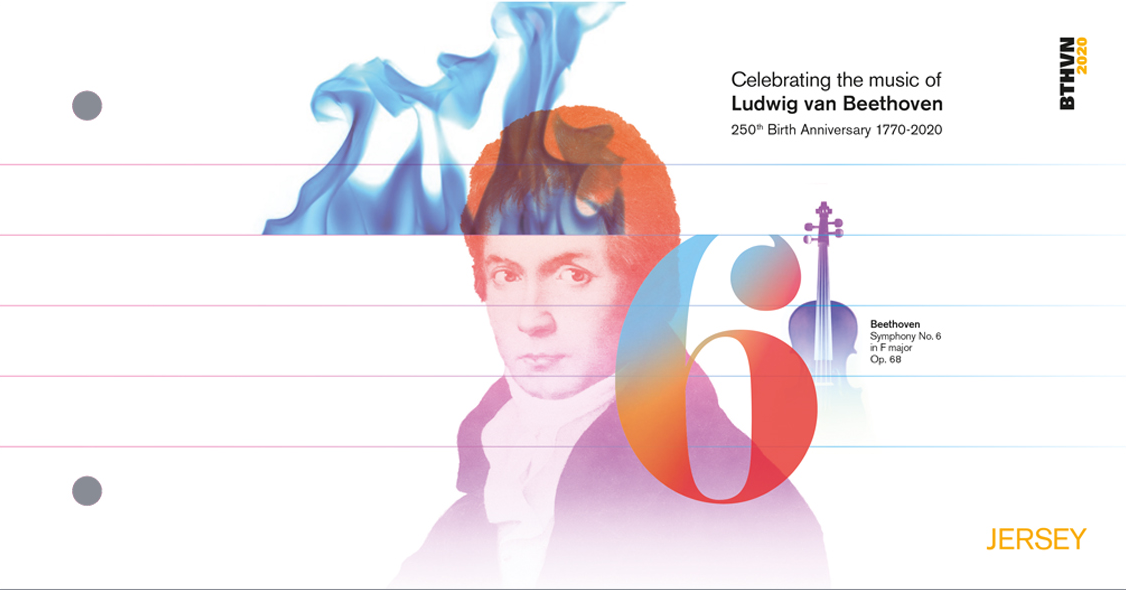 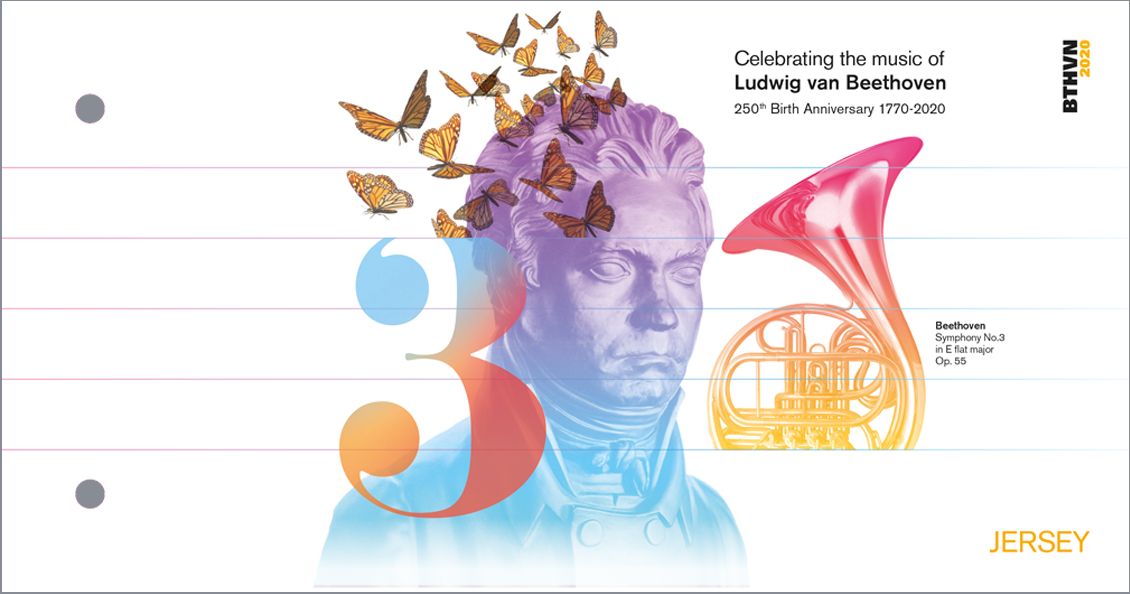 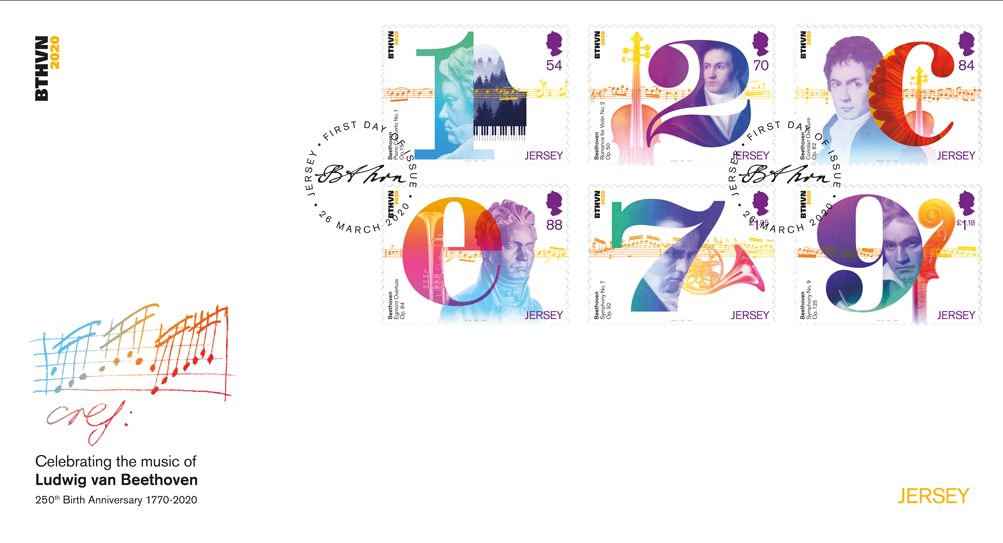 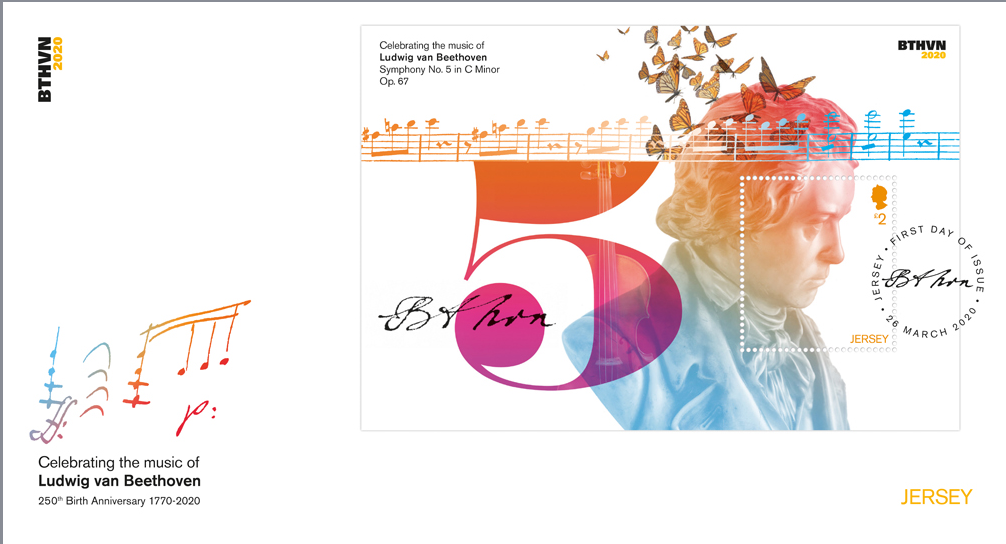 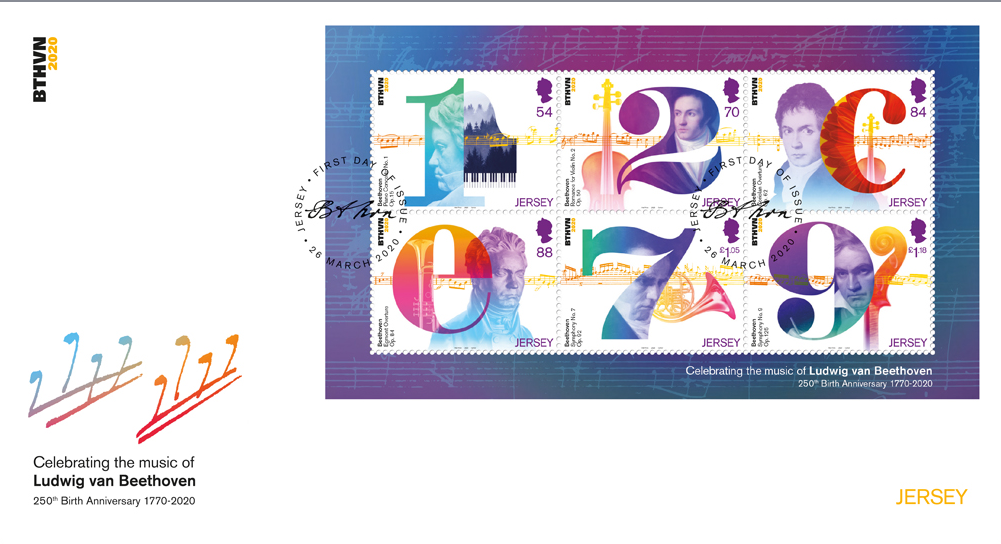 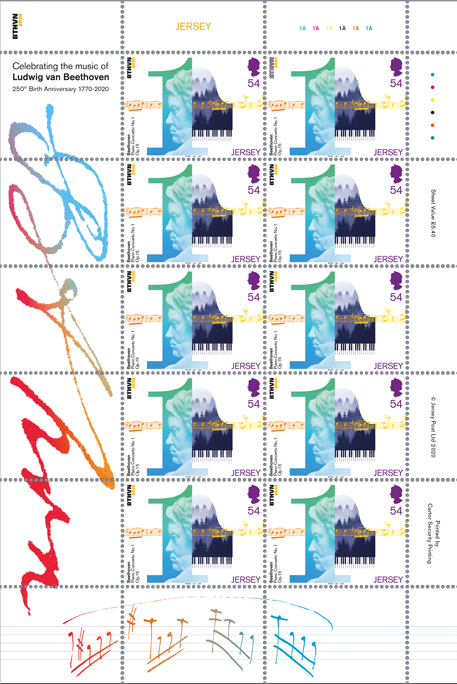 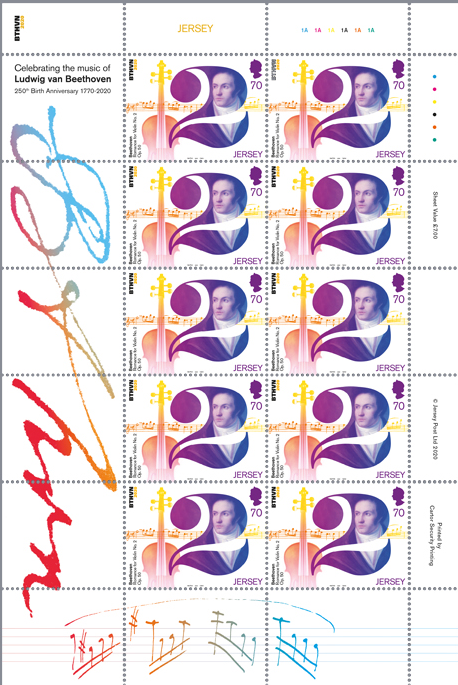 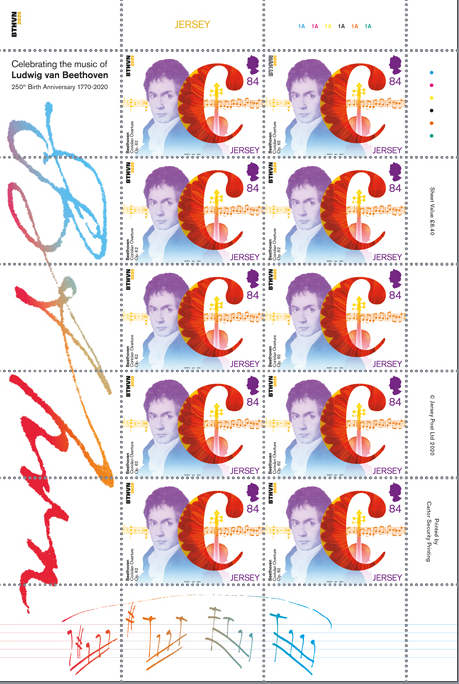 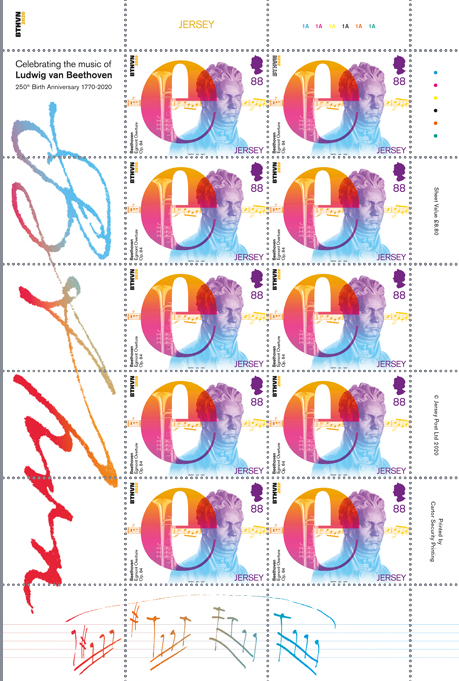 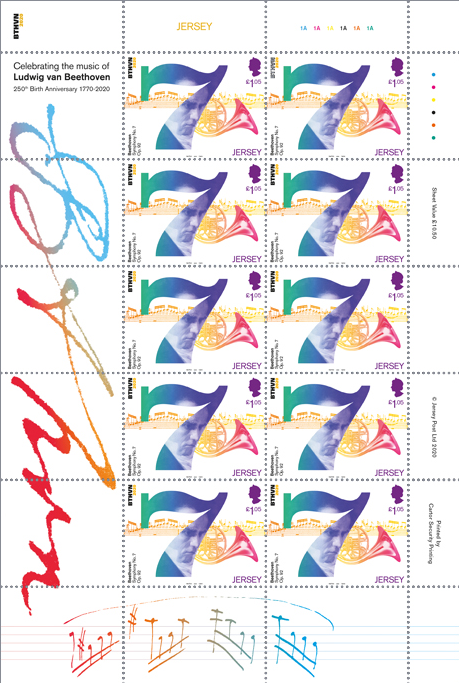 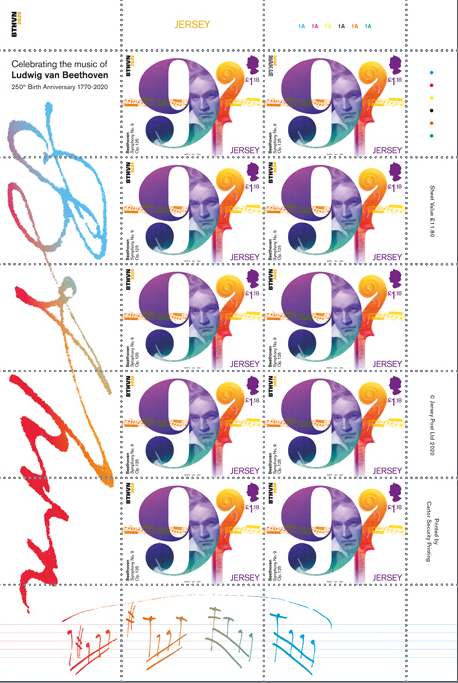 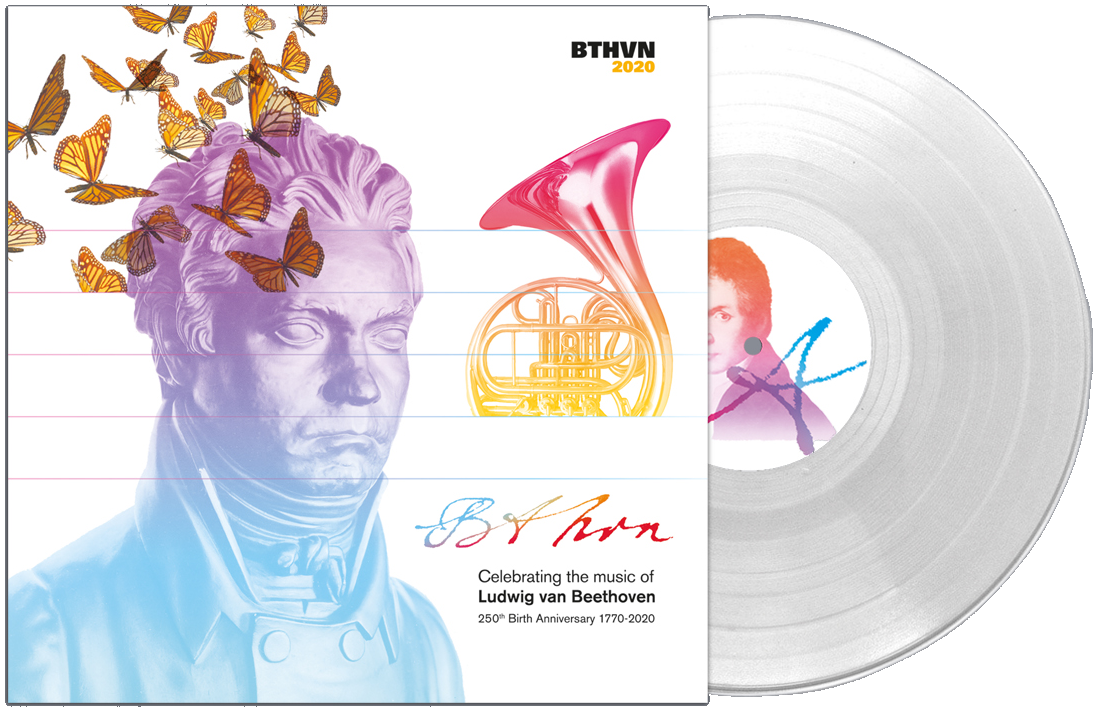 To commorate to 250 years of Ludwig van Beethoven, Jersey Post have produced 200 special edition 12″ transparent vinyl records featuring some of Beethoven’s famous compositions. The record comes with a gatefold album cover containing a mint set of six stamps and a Miniature Sheet from our Celebrating the music of Beethoven stamp issue.

The tracks featured on the record are as follows: 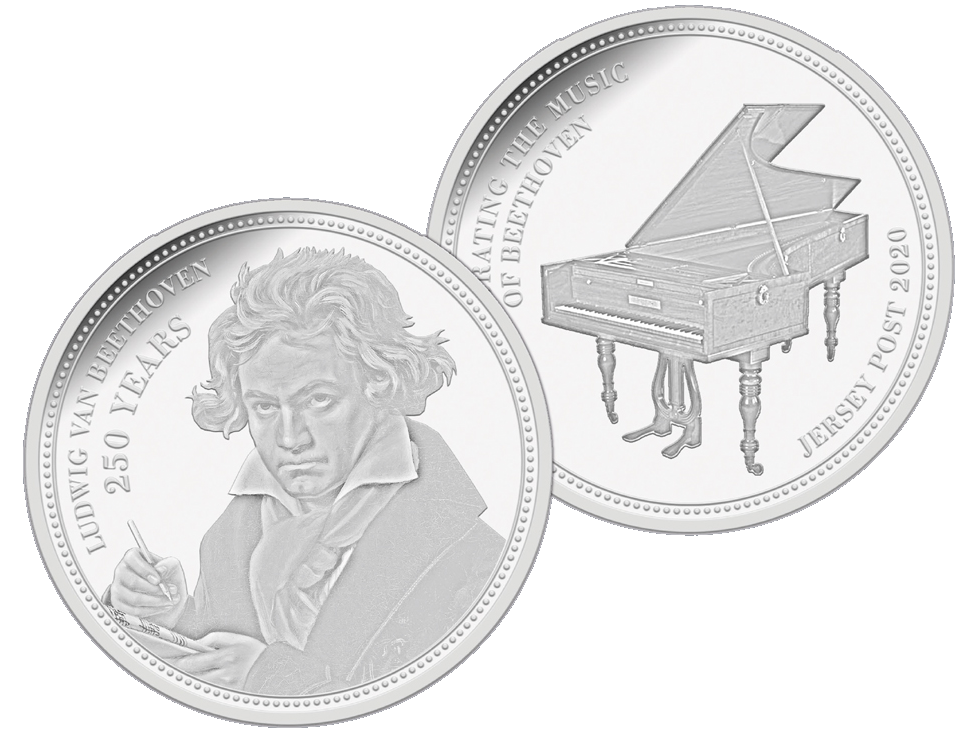 To celebrate 250 years of Ludwig van Beethoven we have created 250 limited edition souvenir coins featuring an iconic portrait of Beethoven on one side and Beethoven’s beloved Broadwood piano on the other. The portrait, by Joseph Karl Stieler, shows Beethoven working on the manuscript for Missa solemnis, widely regarded as one of the composer’s greatest achievements.