War of Independence — Struggle for Sovereignty 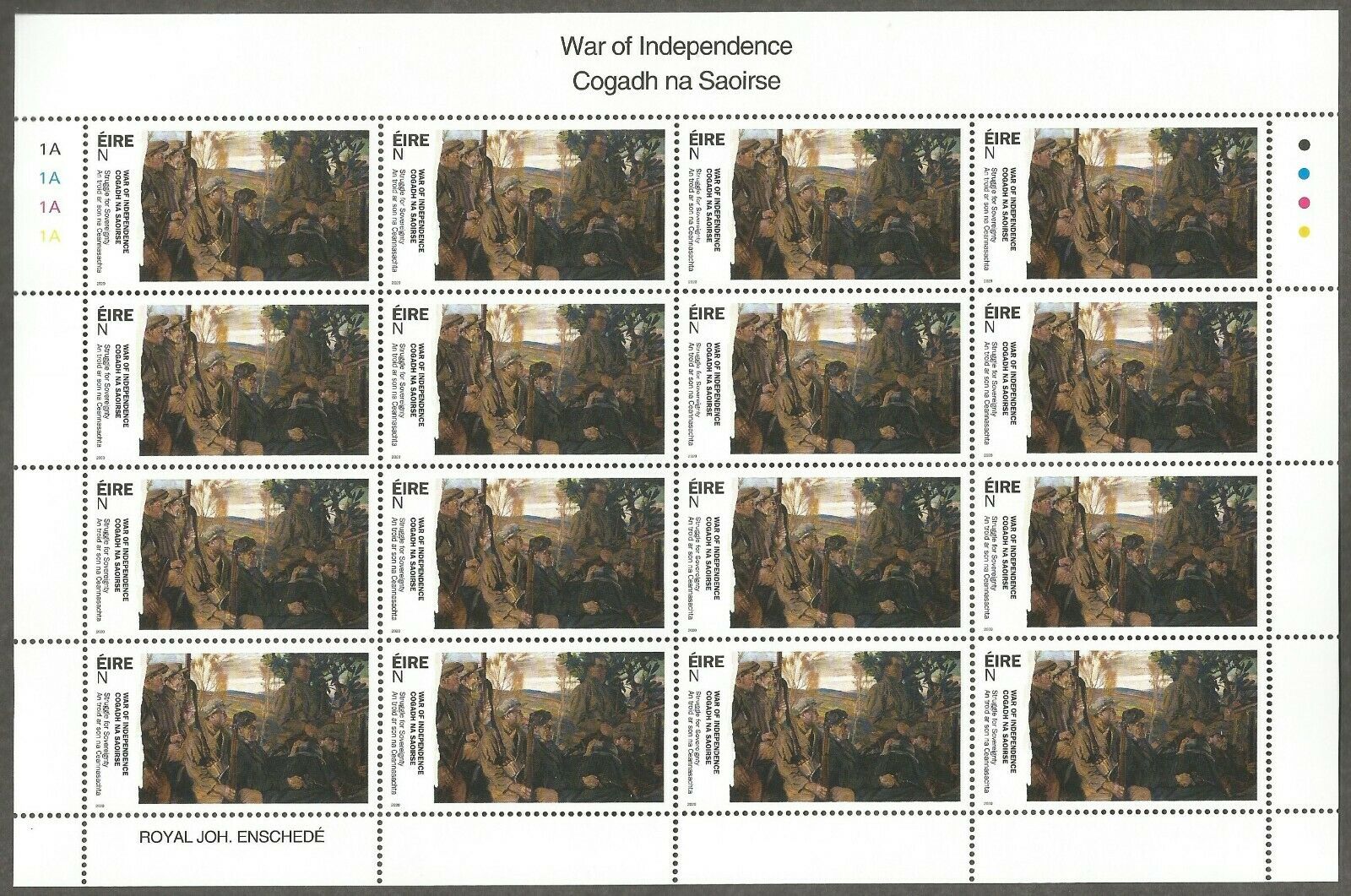 On February 20, 2020, An Post issued a stamp to commemorate the War of Independence marking the halfway point in the War, 100 years ago.

The Irish War of Independence is generally accepted to have taken place between the British Crown forces and the Irish Republican Army (IRA) between January 1919 and July 1921. Violence extended both before and after these dates.

Designed by Ger Garland, the stamp features a detail from the painting ‘Men of the South’ by Seán Keating, representing the military aspects of the struggle for sovereignty. The painting portrays a ‘Flying Column’ of the IRA lying in wait to ambush the British Crown forces. 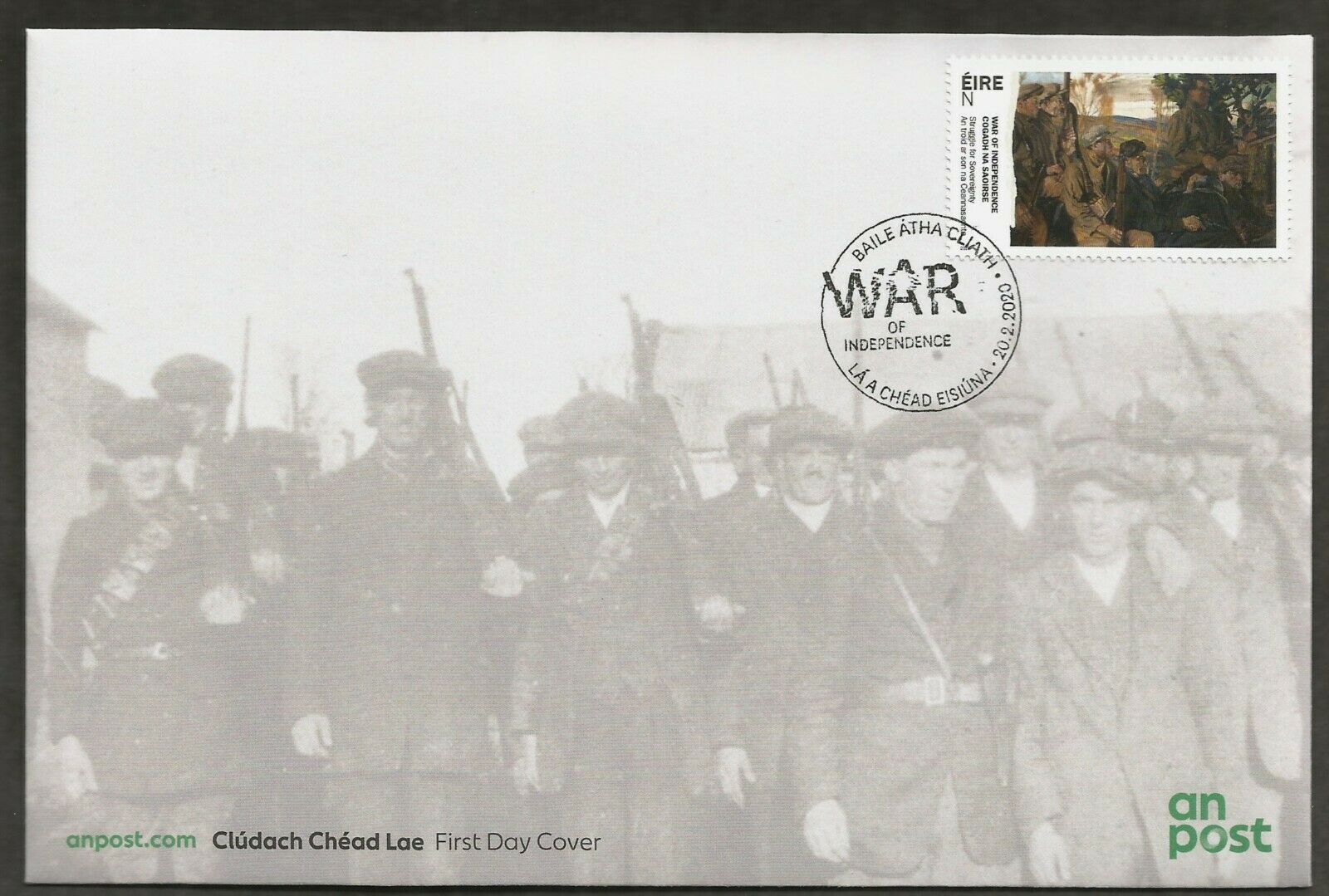 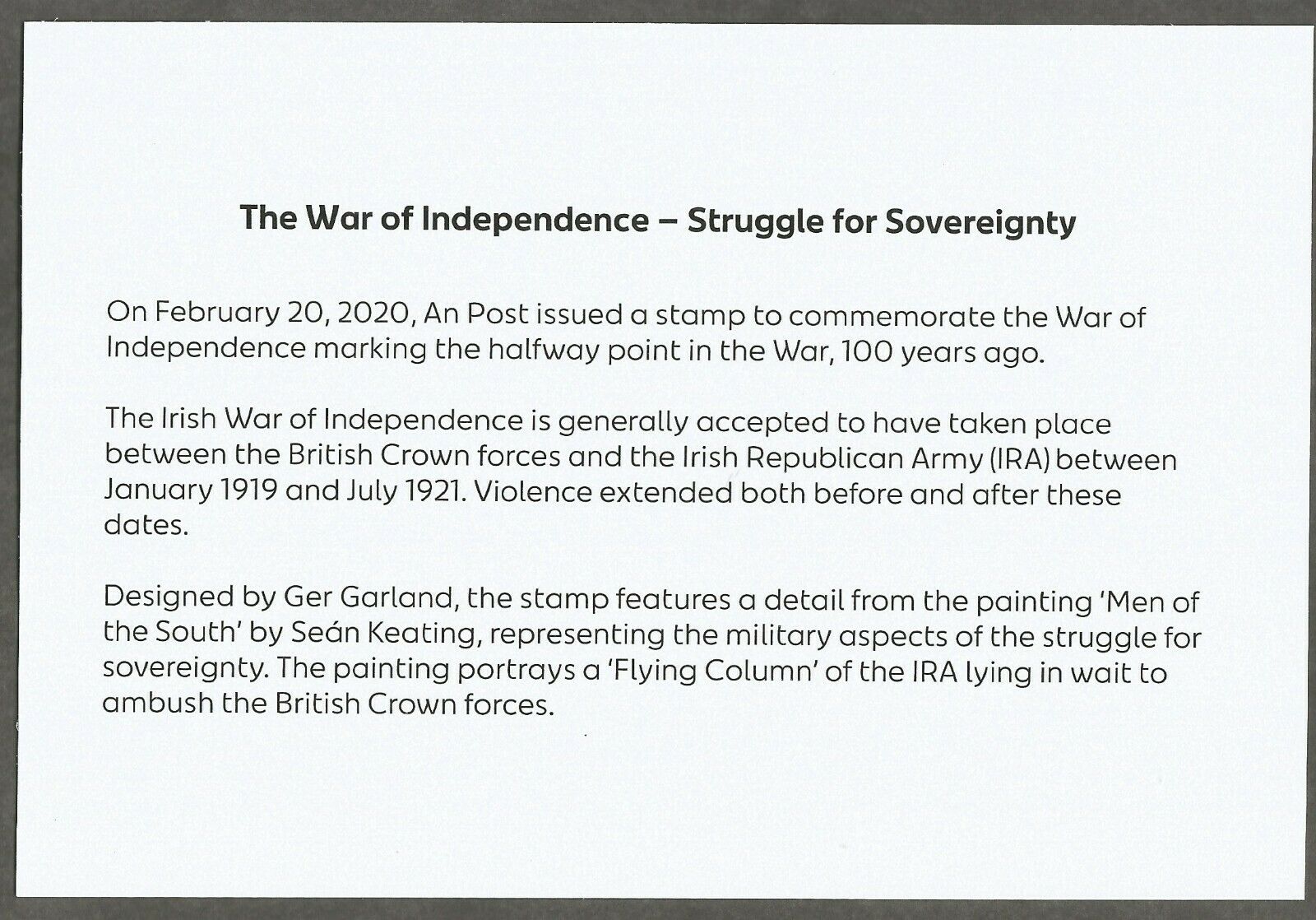