From a portrait of Roger Toulouse (1918-1994)
© Adagp, Paris, 2020
From a photo of Bibliothèque Nationale, Paris, France
Bridgeman Images
Layout by Ségolène Carron
Engraved by Pierre Bara 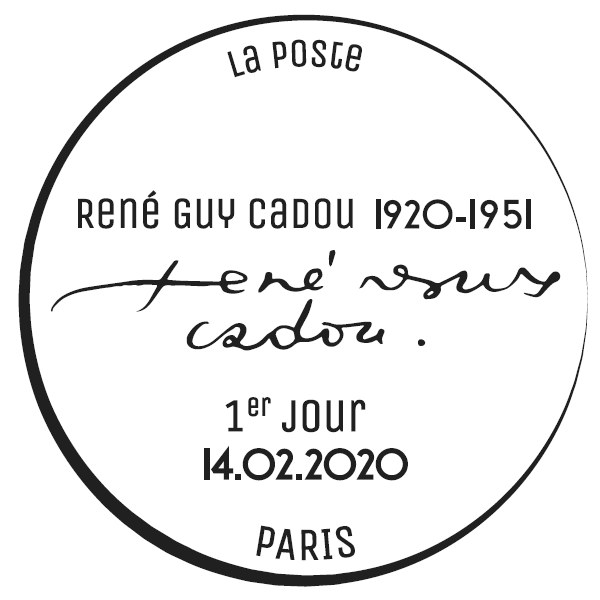 Portrait …
In Sainte-Reine-de-Bretagne, in Brière, on February 15, 1920 , René Guy Cadou, son of teachers, was born. His childhood was happy, in the class atmosphere and close to the countryside. His mother died in 1932, a profound shock for this sensitive child. The themes of his work find their source in the nature where his God is incarnated, the city, the imaginary and the real, the double roots of man, and death – always present, but which gives life its reason .
Accompanied by Michel Manoll, Max Jacob and Reverdy, he became involved in poetic life in 1937, with determination and passion.
The years of war, the wandering of a substitute teacher in Loire-Inférieur, the solitude and the destitution nourish his poetry. In Rochefort-sur-Loire, a group of poets publishes the Cahiers de l’École de Rochefort , claiming during these war years the right to friendship and freedom, rooted in poetic exchange.

On June 17, 1943, Hélène Laurent, daughter of teachers, poet, came to meet her. From their love is born Hélène or the vegetable kingdom.
They settled in Louisfert, near Châteaubriant. René knows that time is short, he writes a lot of poems, a novel, two books on Apollinaire, literary chronicles, broadcasts, abundant correspondence. But the disease gnaws at him and, on March 20, 1951 , René Guy Cadou died, near Hélène.
Hélène, librarian, publishes around twenty collections of poetry, and devotes her life to the work of René Guy, published by Seghers: it is Poetry the whole life.
Cadou’s poetic work is very unique. Its language is broad, rich, singing, rooted in life. Vegetation, friendship, Hélène’s love, echoes of the body, sensations are born images and metaphors where his feelings and his metaphysics vibrate. 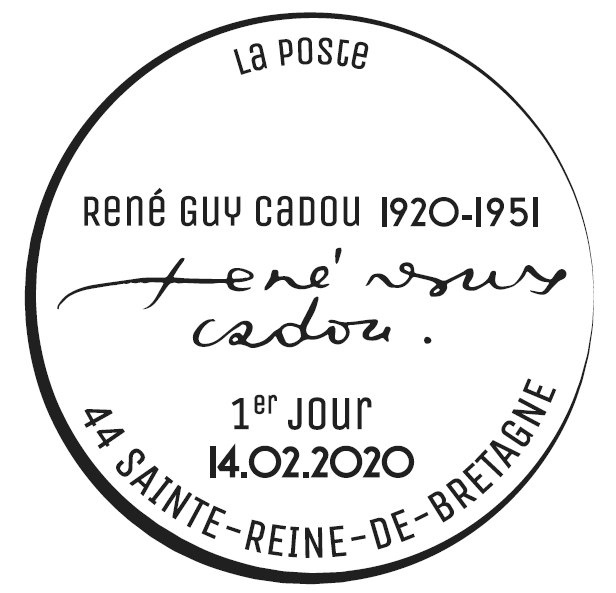