Portrait …
Daughter of an official of the Ancien Régime, Marie-Guillemine de Laville-Leroulx (Paris, 1768-1826) was gifted for painting. The ruin of his father snatched him from the idleness of young girls from good families. She made it her profession, formed by two eminent masters, the portrait painter Élisabeth Vigée-Lebrun , then Jacques-Louis David , leader of the return to classicism. In 1793, she secretly married Pierre-Vincent Benoist, royalist banker prosecuted as a conspirator. After the Terror, with a workshop at the Louvre, regularly presenting her works at the Salon, Marie-Guillemine Benoist was awarded a first class medal in 1804.

Pensioned by the government, she opened a workshop for women painters. But in 1814, in full success, she was forced to give up her career so as not to harm that of her husband, appointed State Councilor …

This painting caused a sensation in 1800. Six years after the abolition of slavery by the Convention, on February 4, 1794, following the uprising of the slaves of Saint-Domingue (today Haiti), this portrait of a black woman, incarnation of the populations of the colonies emancipated by law, marks a veritable pictorial revolution. For the first time, an artist celebrates female beauty while affirming the Africanness of her model. Giving the young woman the pose of the famous Fornarina painted byRaphaël , Marie-Guillemine Benoist takes care to register him in a prestigious pictorial line. Formerly entitled Portrait of a negress , this masterpiece was renamed by the Louvre Portrait of a black woman in the early 2000s. Presented in 2019 at the Musée d’Orsay at the exhibition “Le Modèle noir, de Géricault à Matisse ”, he has now rediscovered the identity of his model, Madeleine, a Guadeloupe servant, perhaps a freed slave, employed by the artist’s brother-in-law. The painting and its model are now icons, known and admired around the world. 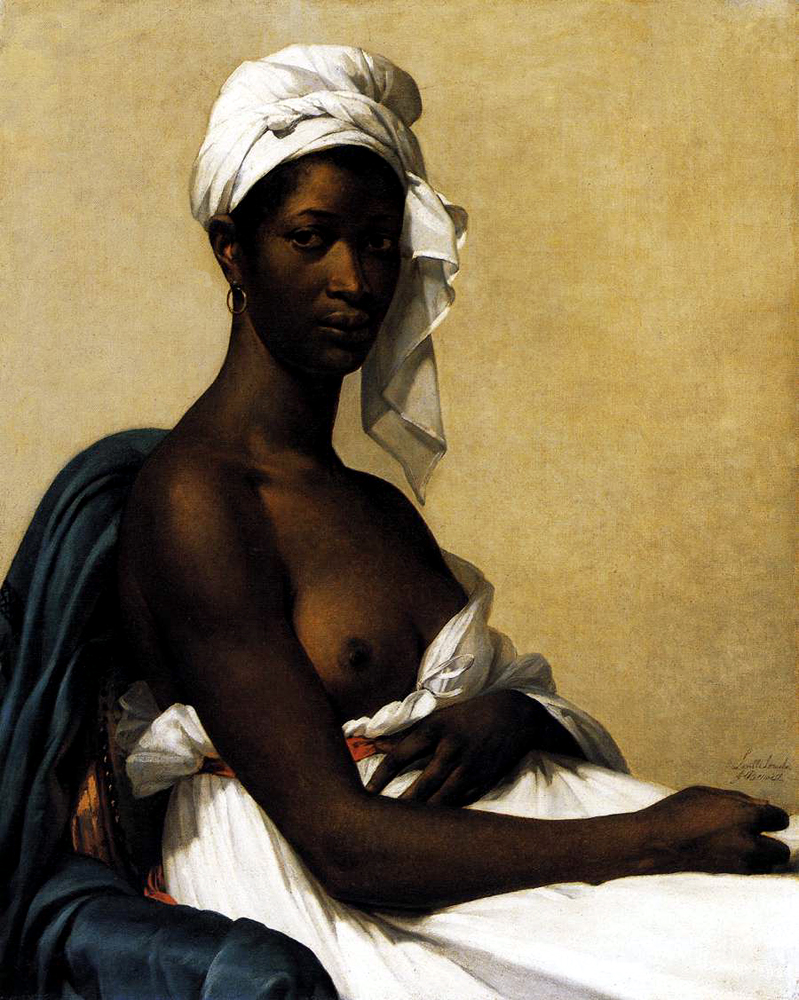