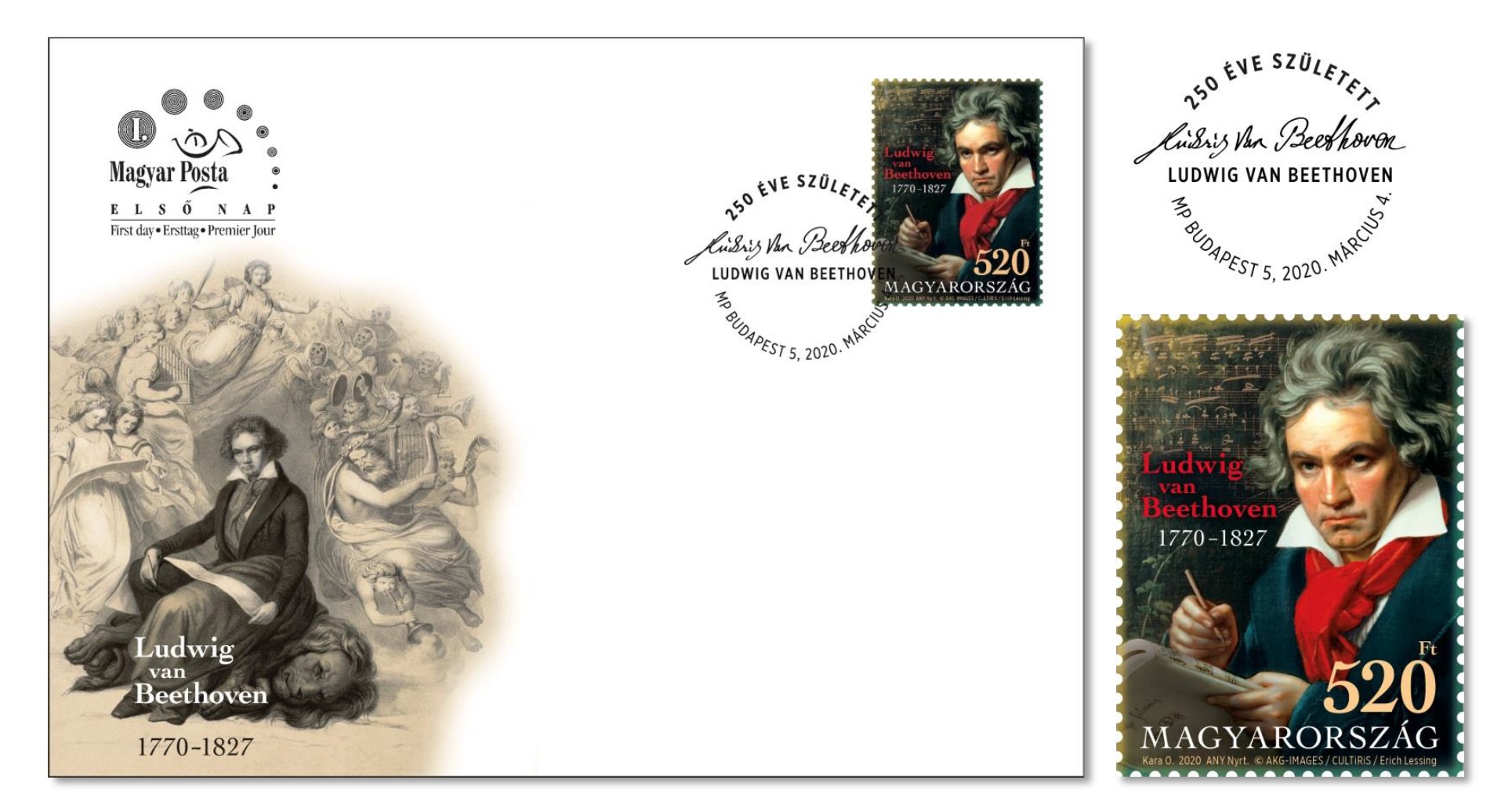 LUDWIG VAN BEETHOVEN WAS BORN 250 YEARS AGO
Magyar Posta is issuing a commemorative stamp in honour of the 250th anniversary of the birth of the celebrated German composer Ludwig van Beethoven (1770-1827). Fifty thousand copies of the stamp designed by the graphic artist Orsolya Kara were produced by ANY Security Printing Company. The new issue will go on sale on 4 March 2020 and from that date will be available at first day post offices, Filaposta, philately specialist services, certain post offices and www.posta.hu.

Beethoven’s musical talent became obvious at an early age and his father introduced him to the social life of Bonn as a child prodigy. His musical tuition was irregular for a while but, despite this, by 1782 he already held an important post as an organist and harpsichordist. Aristocratic patrons supported the composer from almost the outset until his death. Problems with his hearing first appeared in 1795. By 1808 his encroaching loss of hearing was profound and around 1819 he became completely deaf. After 1808, he withdrew from appearing in public. Alongside Joseph Haydn and Wolfgang Amadeus Mozart, he is considered the third great figure of the classical period of Viennese music, whose compositions also show signs of the Romantic style. One measure of the importance of Beethoven’s oeuvre is the extent to which he influenced the paths of numerous figures in the subsequent history of music.

The stamp uses a reproduction of part of a painting showing Beethoven while composing the Missa Solemnis. In the background an extract of the score of a work by Beethoven (WoO 36 Three Quartets for piano, violin, viola and cello in E flat, D major and C major, 1785) can be seen. An allegorical portrait of Beethoven appears on the first day cover. 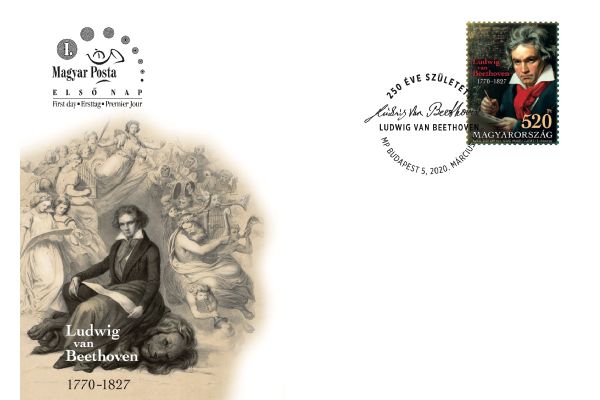