The Wonderful World of the Bakony Dinosaur Site (Series II) 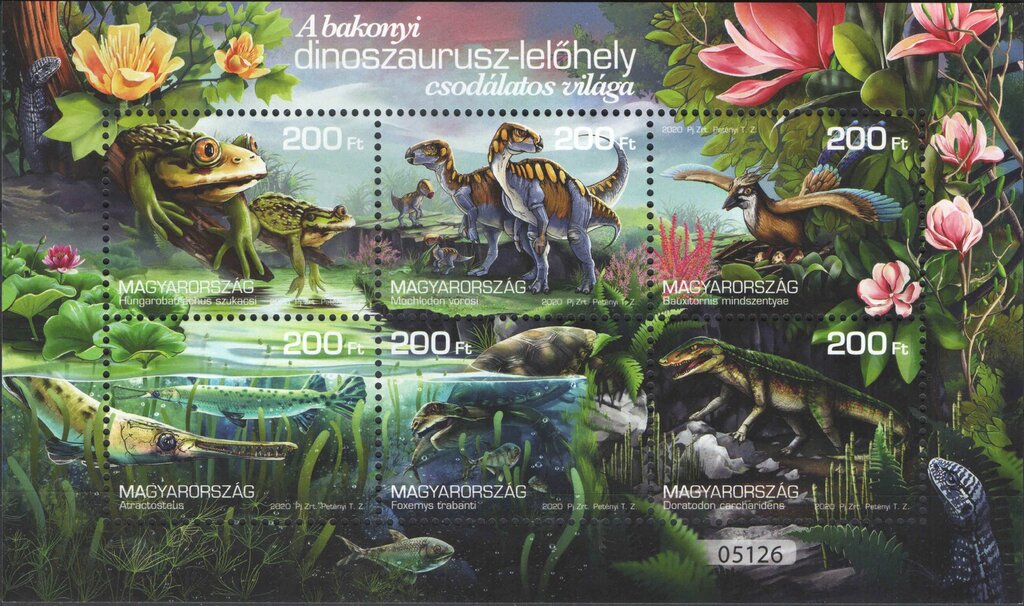 THE WONDERFUL WORLD OF THE BAKONY DINOSAUR SITE II.
Magyar Posta is continuing its series presenting the wonderful world of the Bakony dinosaur site. The second issue, following the concept begun in 2018, presents another six prehistoric animals. The stamps were produced by the printing company Pénzjegynyomda based on the design of the graphic artist Tibor Z. Petényi. Fifty thousand copies of the black numbered perforated souvenir sheets and 4,000 copies of the red numbered imperforated souvenir sheets will be released on 4 March 2020. The new issues will be available from Filaposta, philately specialist services, certain post offices and www.posta.hu.

In the spring of 2000, after much preliminary information collecting and research, the first dinosaur fossils in modern Hungary were unearthed from a sandstone formation at Iharkút in the Bakony Mountains. After the initial finds, more fossils came to light, and in the subsequent years, in addition to numerous small collecting trips, research camps lasting several weeks were regularly organised, where contiguous skeletons and several thousand individual bones and teeth were found.

The design of the six stamps of the souvenir sheet shows the following creatures in this order: Hungarobatrachus szukacsi, Mochlodon vorosi, Bauxitornis mindszentyae, Atractosteus, Foxemys trabanti and Doratodon carcharidens. The depiction of Mochlodon vorosi is repeated on the first day cover and the postmark. The special feature of the souvenir sheet is that placing it beside the first issue of the series, which was released in 2018, produces a continuous picture of the wonderful world of the Bakony dinosaur site imagined based on the fossil treasures. 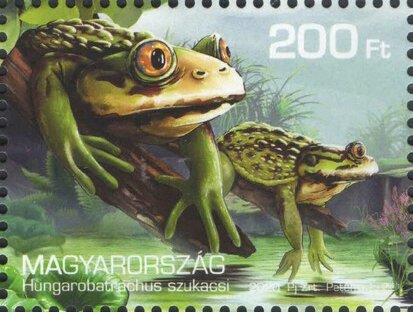 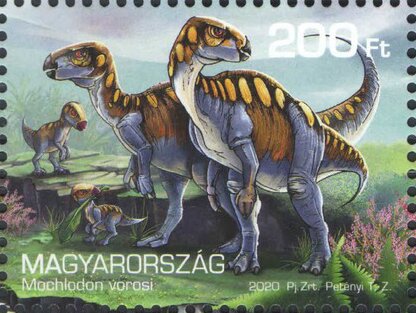 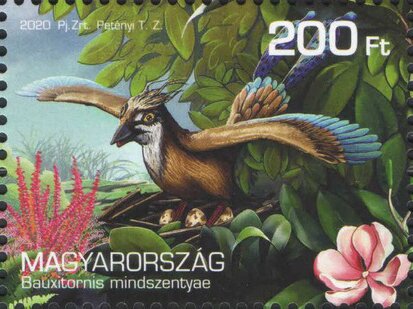 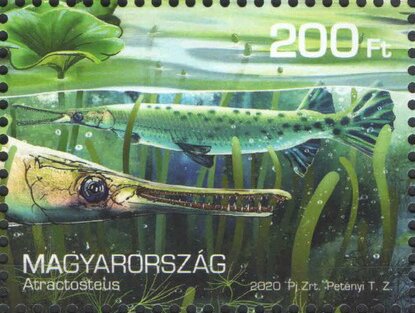 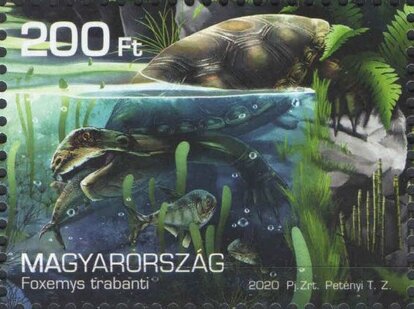 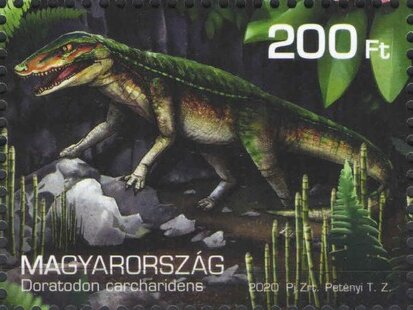 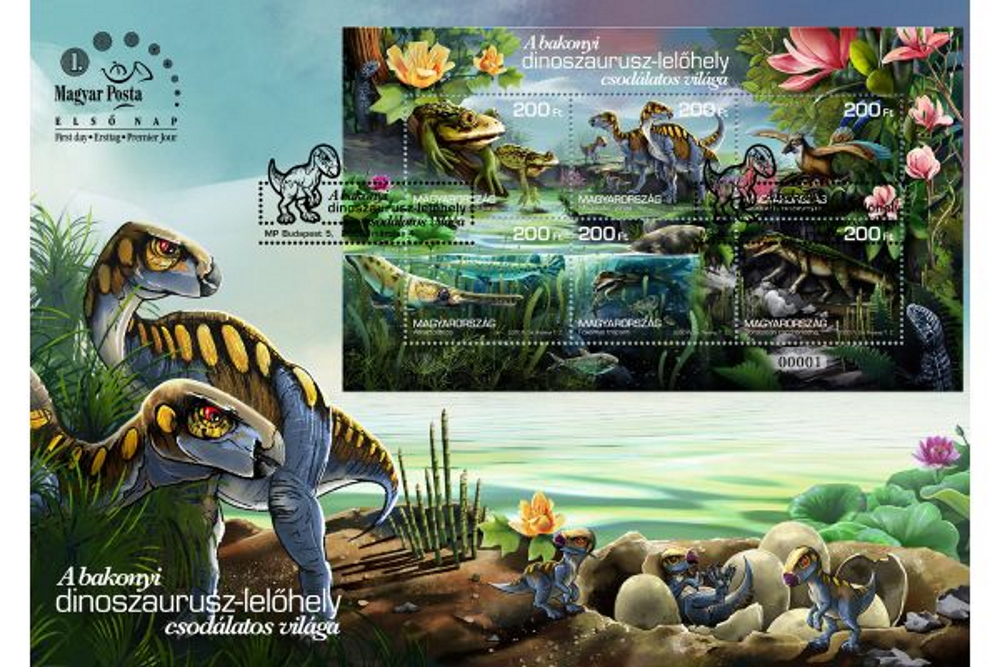