Name: AzTechSat-1, First Mexican Nanosatélite in the International Space Station
Price: $ 50.00 Pesos $ 2.61 USD
Issue Date: 02/25/2020
Paper: Matt white couché, a rubberized face of 110 gms./m2
Designer: Rodolfo Espíndola Betancourt
Theme: Science, Education, Communications, Institutions
Description: AzTechSat-1, First Mexican Nanosatélite in the International Space Station The AztechSat-1 is an effort by the Mexican Space Agency to boost the space development of Mexico. The project has its origin in a collaboration agreement between NASA and the AEM where it is established that the AEM will deliver to NASA a CubeSat nano-satellite of a unit (1U) to demonstrate technical capacity in space communications of common interest to Mexico and The NASA. In exchange, NASA provided technical advice to design, build, test and operate the satellite, as well as the facilities for conducting environmental and qualification tests for spaceflight, and NASA covered the costs of its launch to the Space Station International. The AzTechSat-1 mission was defined by a first group of Mexican students who, with professors from the University of San José California and under the supervision of NASA Engineers, made a first preliminary design that was validated and certified by NASA itself. This mission is an important technological test to validate the possibility of communication between the AztechSat-1 and the constellation of GlobalStar communications satellites to, in the future, improve the control and operation of nanosatellites. The development of AztechSat-1 was coordinated by the AEM with the Autonomous Popular University of the State of Puebla, UPAEP, which designed, developed, tested and operated the nanosatellite with the participation of students and professors. The AztechSat-1 project obtained partial financing from the Sectorial Research Fund, Technological Development and Innovation in Space Activities CONACYT-AEM, from a rigorous selection after having competed with other projects that participated in a public and open call. The development of the AztechSat-1 was in charge of a multidisciplinary team of students and professors of the UPAEP, advised by a mentor team composed of specialists from the AEM and NASA. The team developed the project following NASA’s Space Systems Engineering methodology, which allowed the project to be carried out in a timely manner and in accordance with previously specified quality standards. The nanosatellite passed the environmental tests in NASA’s laboratories and was sent to orbit the International Space Station in 2019, as part of a supply mission. The AztechSat-1 is the first Mexican nanosatellite launched from the International Space Station and marks the beginning of a new era in Mexico’s space development. The work done for its design, construction, testing and operation, constitutes an invaluable experience on how to address complex space projects and lays the foundations to consolidate a model of collaboration between space agencies, universities and companies to build space capabilities. The lessons learned in its development will help other organizations, both academic and governmental and private, to develop similar projects. Text of the AEM: Carlos Duarte Muñoz, Javier Mendieta Jiménez and Mario Arreola Santander. 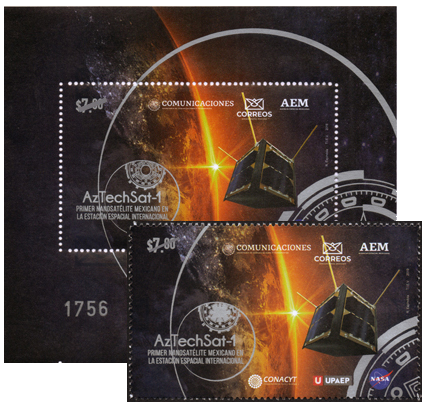 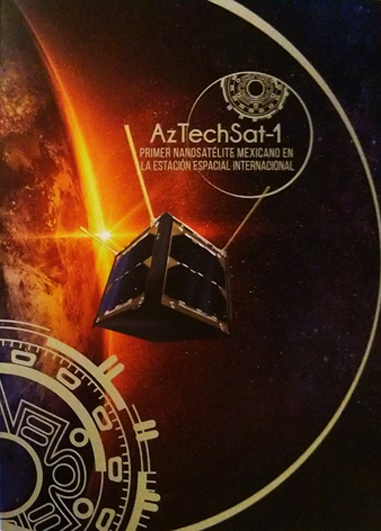 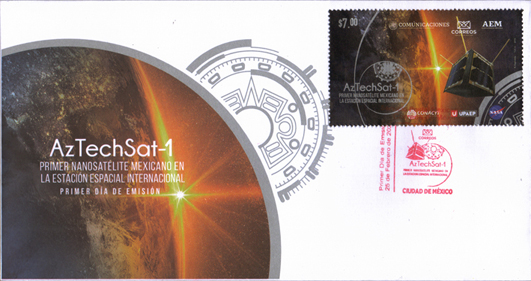