Name: Candelaria Festival
Price: $ 20.00 Pesos $ 1.04 USD
Issue Date: 01/29/2020
Paper: Matt white couché, a rubberized face of 110 gms./m2
Designer: Sergio Barranca Rábago
Theme: Economy, Education, State and Cities, Cultural Events
Description: Candelaria Festival Every February 2, according to the catholic calendar or saint, the Candelaria festival is held, a festival that is also known as “the presentation of the child Jesus in the temple”, “the feast of the candles” , “The feast of light”, “the purification of Mary” and “feast of the encounter”. The name of the Candlemas is linked to Catholicism, where Christ is considered the light of the world, who came to illuminate everyone as a candle or a candle. The holiday is also related to his mother’s presentation of him at the Temple in Jerusalem. Like other celebrations in our country, Candelaria also has pre-Hispanic roots, and is a fusion of beliefs. With the evangelization the inhabitants of several villages took to the church cobs (corn), in order to be blessed to later sow them, and thus comply with the agricultural cycle. In the same way, in some towns, La Virgen de la Candelaria is celebrated, which arrived in Mexico from Tenerife, Spain, one hundred years after its appearance there to missionaries. As the riverside town of Tlacotalpan, which in the eighteenth century was mostly inhabited by Spaniards, he adopted it as the patron saint, who, like the homonymous villages in Coyoacán and Campeche, celebrates the party in a big way. In this celebration there is a procession where the archbishop of the port of Veracruz is in charge of all the people, followed by the most important Catholic brotherhoods in the region, which compete with each other to see who sings the best songs to the virgin. To that duel of adorations are added the clarines and drums of the band of the Naval School, in addition to making the reservoir of 6 zebu bulls, which cross the river along with the locals in canoes or boats by the Papaloapan River, all asking To the Virgin that the river be kind to the people and the fishing to live another year. To commemorate this important Mexican tradition, the Mexican Postal Service issues a postal stamp on the occasion of the Candelaria Festival. 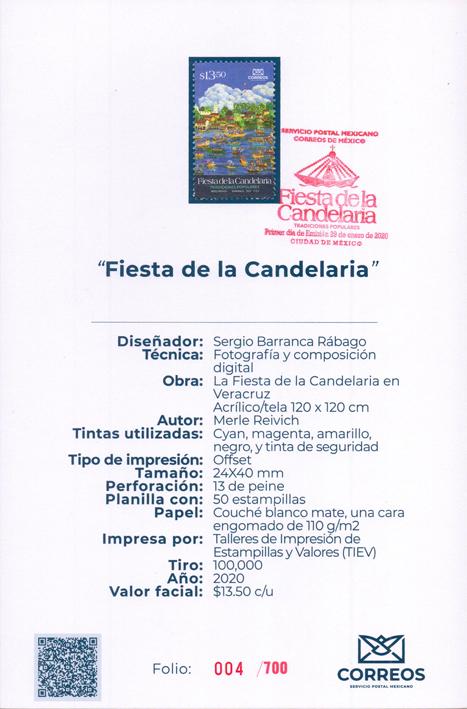 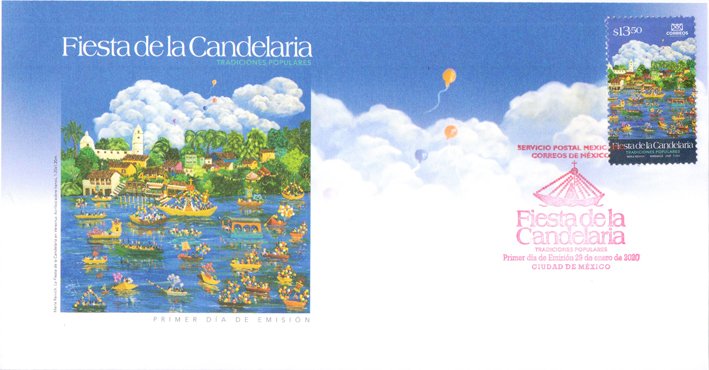