Face value: a stamp identified with the letter B corresponding to the price of Ordinary Letter – Standard up to 50 g in domestic Economy service (current price according to the Price List of Basic Postal Services)

the two pillars of the constitutional system – democracy and law and order. The designer placed these two phrases into the ornamental heads of the pillars standing in the interior of the building of the Constitutional Court in Brno. 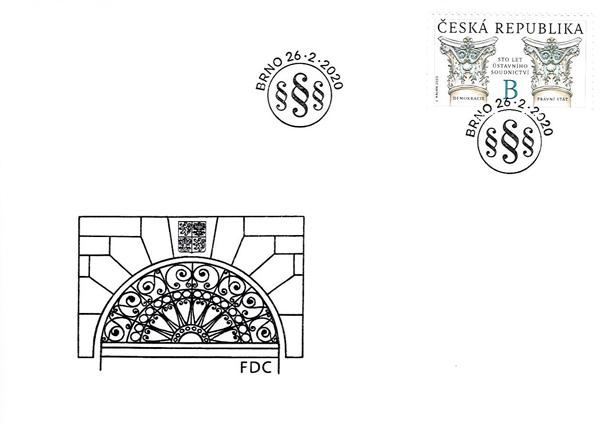 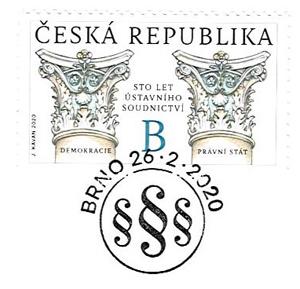