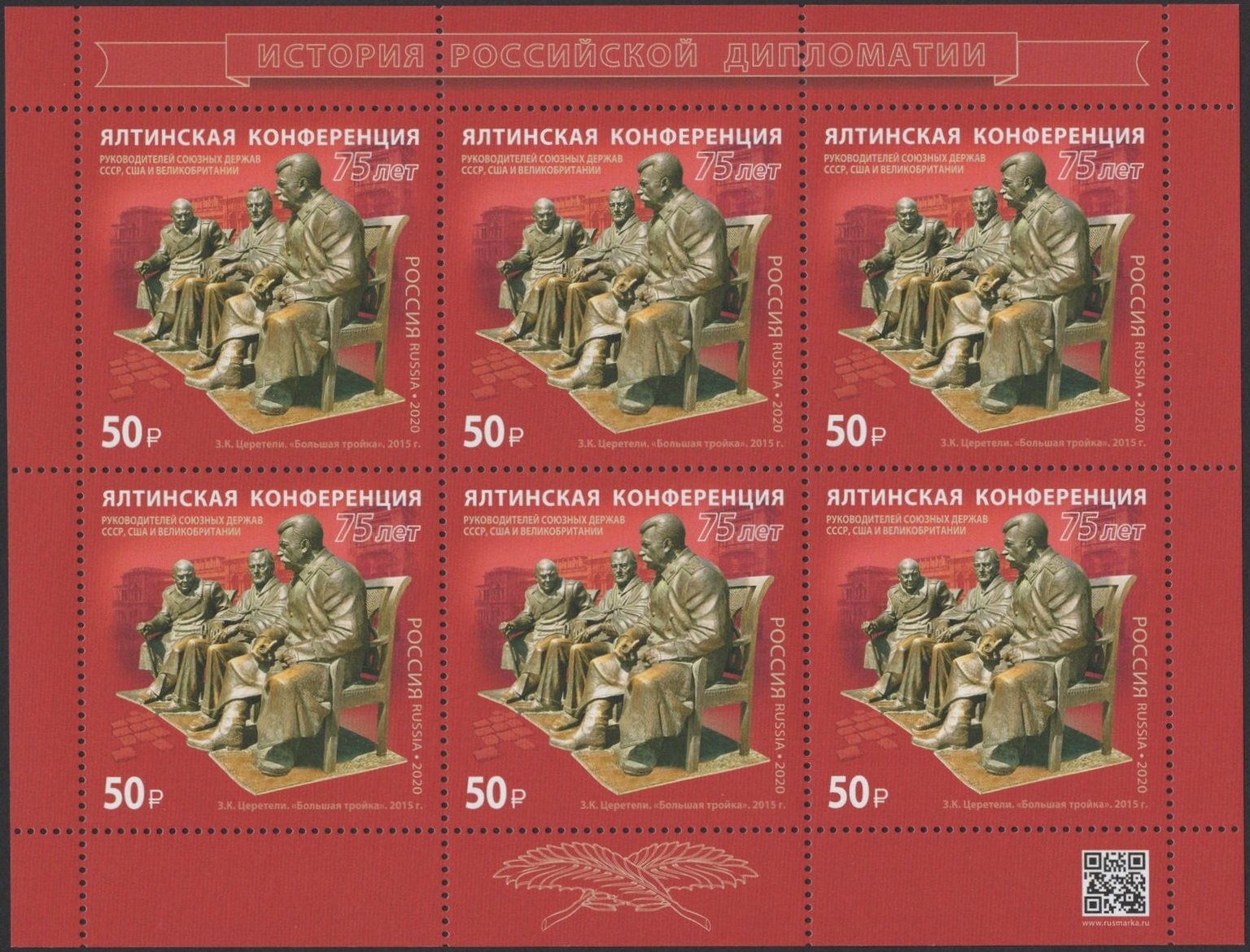 On February 11, a stamp dedicated to the 75th Anniversary of the Yalta Conference will go into postal circulation in the History of Russian Diplomacy series. The postal stamp provides an image of The Big Three monument by Z. Tsereteli installed in 2015 in Livadia.

The Yalta (Crimean) Conference of the Allied Powers (February 4–11, 1945) is the second (after Tehran) meeting of the leaders of the three Allied Powers — the USSR, the USA, and Great Britain, dedicated to the establishment of a post-war world order. The conference was attended by Chairman of the Council of People’s Commissars of the USSR I.V. Stalin, US President F.D. Roosevelt and British Prime Minister W. Churchill, as well as members of delegations. The conference was held in the Livadia Palace in the village of Livadia, 3 km from Yalta. During the conference, plans were agreed on the defeat of Germany and the requirements for its unconditional surrender, decisions were made on denazification, demilitarization and the trial of war criminals. 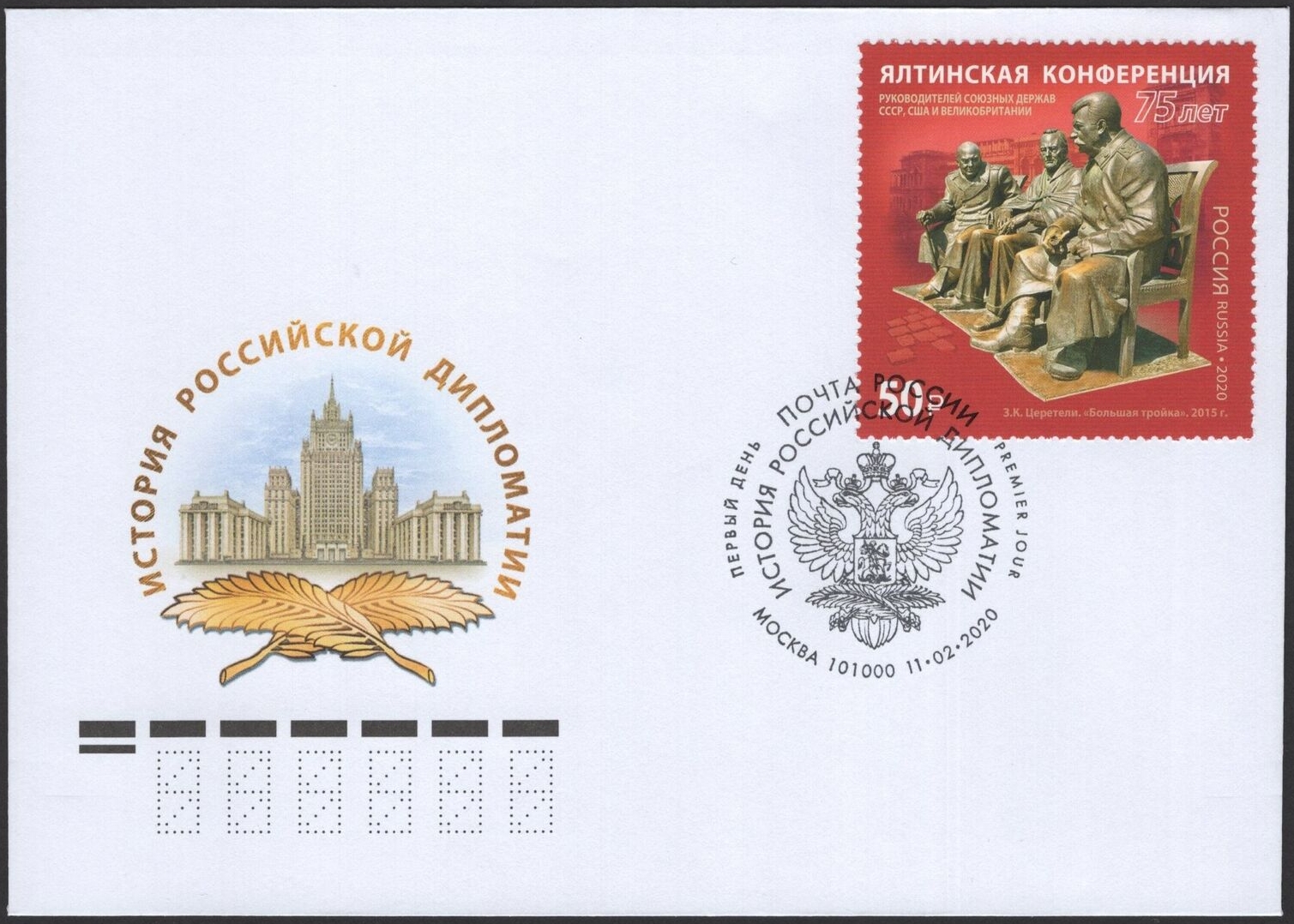 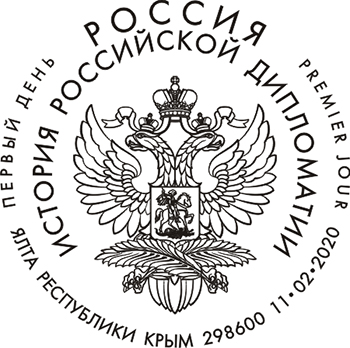 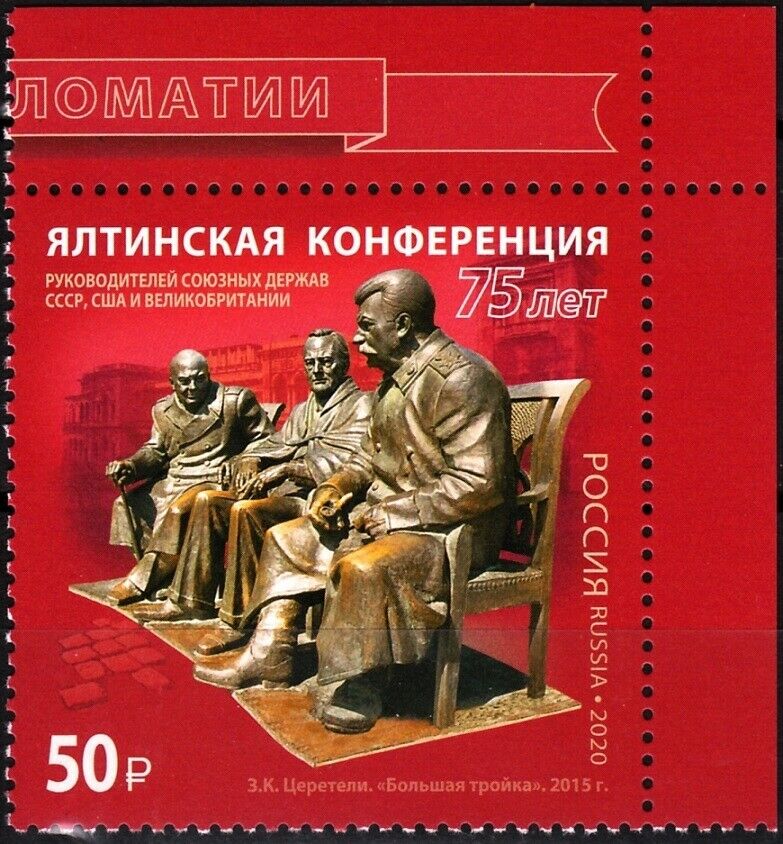