Exclusively insectivorous, the barn swallow feeds only on insects caught in flight.

It is an anthropophilic species, nests during the breeding period. The female lays 2 to 7 eggs, pinkish white and dotted with brown, which she will incubate almost alone for 13 to 16 days.

The Barn Swallow is a summer migratory species in our country and will spend the winter in tropical or equatorial environments.

The Eurasian eagle owl: Bubo ascalaphus or in Arabic Theys, Bourourou of the family Strigidae, is the largest owl in the North African region, massive with large egrets measuring up to 60-75 cm. Large yellow-orange eyes, with red-fawn upper parts of the body and white throat, the rest of the underside of the body is a color varying from pale fawn brown to sand brown.

The upper chest is covered with drop-shaped patterns and a few cross-shaped bars. The ventral part has more refined patterns in the form of streaks, the tarsi and the feet are strongly feathered. The irises vary from yellow to dark orange. The wax is grayish, the bill black.

The Eurasian eagle owl becomes active after sunset. During the day, it rests in the middle of the rocks, but also on the ground, it is often found inside a cliff crevice or at the entrance of a cave. It feeds mainly on small rodents, hares, hedgehogs, but also on reptiles, large insects and scorpions.

The laying includes 2 to 4 white eggs which are deposited directly in the bottom of the nest without garnish. During the whole incubation period which lasts from 31 to 36 days, the female is supplied to the nest by her partner.

Sedentary nester and like all our raptors, the eagle owl is protected by Algerian legislation (Executive Decree No. 12-235 of May 24, 2012 establishing the list of protected non-domestic animal species). 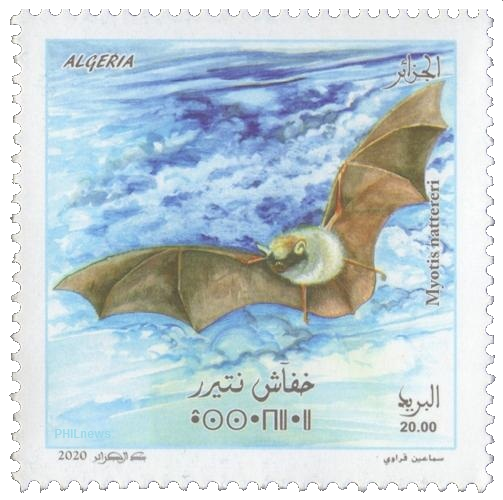 The majority of our bats frequent environments ranging from the coast to the mountains, forest areas and a dozen of them live in steppe and Saharan environments. Cavernicoles, they lie in caves, scree, ruins, wells, cracks, mines, tunnels.

The Natterer’s Murin is a species of bats in the eastern Vespertilionidae family, nocturnal and twilight. Medium in size, with fairly long ears measuring between 14-18 mm, slightly exceeding the muzzle, its coat is long and tousled, gray-brown on the back, and gray-white on the belly.

lives in colonies, emits ultrasound that characterizes each species and uses echolocation to navigate in total darkness.

Known from the limit of the coast of the Sahel and the Tell Atlas going from the north center to the west of the country, Frequenting forest habitats and occupying the plains landscapes with the stands of oaks and riparian forests, reproduction and setting low is done in caves, mines, hollow trees,…

All our bats are insectivores protected by executive decree n ° 12-235 of May 24, 2012 establishing the list of protected non-domestic animal species. 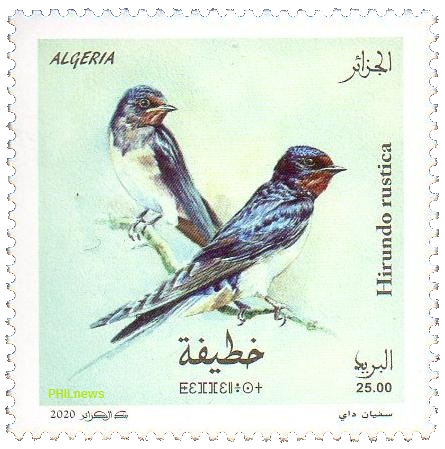 From the Hirundinidae family, the rustic swallow called in Arabic Khetayefa, Boubchir is a summer migratory species, nesting from the Mediterranean coast to the confines of the Saharan oases of Touggourt, Laghouat and Bechar.

Recognized with its tapered body measuring up to 18 cm, its sickle wings and forked tail. The adult in breeding plumage has the upper body and the blackish wing coverts with bluish reflections, the underside of the body is white tinged with cream. The head shows a typical brick-colored forehead and throat. She emits a very melodious song and twitter.