Archaeologists have discovered lithic tools and animal bones in the site of Ain El Haneche, dating back 2.4 million years. The site is located in the municipality of GueltaZerka, administrative district of El Eulma, wilaya of Sétif, at a distance of 35 km from the capital of the wilaya.

The site knew several studies between 1931 and 1937, interrupted then resumed in 1947 by the French paleontologist Camille Arambourg, whose researches made it possible to determine the existence of a plio-pleistocene deposit and which is behind the classification of this deposit of fossil bones (elephants, equines, cows, hippos, rhinoceros, etc.) and cut pebbles consisting of subheroids and Oldoway spheroid polyhedra that Lionel Balout called “circular spherical tools”, making the first discovery of very ancient archaeological remains together with fossils belonging to savannah animals.

In the early 1990s, annual scientific research and excavation were scheduled in order to decipher the puzzles of this site and to distinguish what links it to the existence of hominids; in this sense, a group of researchers, led by the quaternarist and prehistorian Dr. Mohamed Sahnouni, undertook the study of objects from the lithic industry, exhibited at the Musée de l’Homme in Paris, from the excavations of Camille Arambourg, who were compared to the lithic tools discovered at Ain El Hanech and to those found in the sites of Olduvai in Tanzania (East Africa). Scientists consider the Olduvaiêtre site the oldest prehistoric archaeological site in the world, where fossil remains of Homo Habilis were discovered, 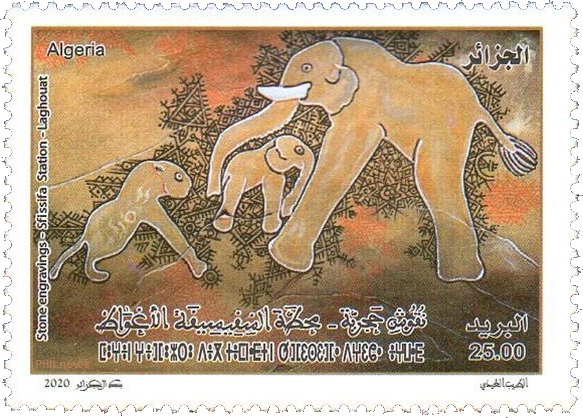 Prehistoric Man has long been concerned with the flora and fauna around him, making the most of it and using it in his daily life. He hunted animals for food and clothing, but was also driven by fear; all these aspects of his life were expressed by drawings and engravings that he applied to stone and that we meet today in different sites across the country. One of these sites happens to be the station of Sfissifa, located in the commune of El Ghicha in Laghouat, which conceals a rich and diversified heritage, combining both rock art dating back to the Neolithic age and tourist landscapes attracting a large number of visitors.

This stuation is located 10 km south of the capital of the commune of el Ghicha, on the side of the road. It has a single exposed facade in the form of an altered rock formation that climatic vagaries have begun to destroy and which is entirely exposed to the sun. As for the dimensions of this surface, they are 31.5m long and 7m high, portraying many animals: an elephant, a tiger, a baby elephant accompanied by an adult elephant, two ostriches, a donkey, a bull and a snake.

The archaeological value of this site has been reinforced by the fact that it contains internationally renowned drawings, including the image of the female elephant protecting its young and which was chosen as the emblem of the United Nations Organization for the Protection of UNICEF childhood.

This drawing illustrates a moving baby elephant heading to the left, protected by its mother. Located in the center of the facade and engraved by a wide and deep line, this design of 1.07m long and 1.85m wide happens to be well preserved. 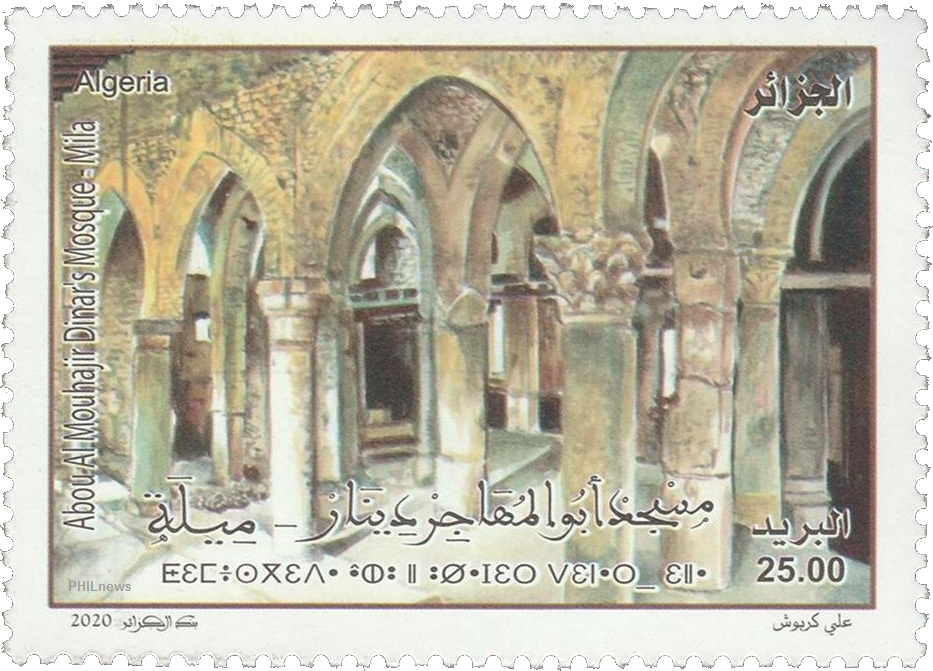 This mosque is the first to be built in Algeria and the second in the Arab Maghreb after that of Okba in Kaïrawan (Tunisia). Built in the year 69 H / 679 AD. J. – C., by the commander of the conquering army and pious companion of the prophet (Hail be on Him) Abou El Mouhadjir Dinar on the ruins of a Roman church, it is located west of the old city in Mila, at the place nowadays known as “the old French barracks”. The building currently houses the city museum, called Sidi Ghanem Mosque.

The mosque is characterized by its simple architectural style, to which modifications have been made in order to conform to Islamic architecture.

The mosque consists of posts parallel to the wall of the kibla and slabs stored on it, this being a rectangular stone construction with dimensions equal to: 29.56 x 0.80 x 23.50m.

The mosque has several entrances, the most important of which is the main entrance located to the east of the building and containing Arabic calligraphy traced in Kufi script and baked brick arranged with the following expression (Benediction of Mohammed), in more secondary entries.

Currently, the mosque has a prayer hall and a patio. During the colonial period, the French government exploited it and undertook numerous changes such as the demolition of the minaret located in the northeast wing and the ablutions room, as well as the residence of the Imam l ‘approaching. The colonizers also added rooms and annexes on the east wing side to the main entrance, while destroying the niche of the prayer hall characterized by its orientation to the south, contrary to the position of the kibla.