The special anti-partisan unit Edelweiss, which was involved in operations in Slovakia, participated during World War II in the brutal slaughter of civilians from the municipalities of Ostrý Grúň and Kľak. The unit attacked Ostrý Grúň on 21st January 1945. In total, they killed 65 people in the house of Izidor Debnár and other dwellings. Those murdered by the fascist unit included children, women and elderly people. After the bloody massacre in Ostrý Grúň, the group of drunken murderers invaded the neighbouring municipality of Kľak, where they murdered another 83 people. Their youngest victim was Jozefínka Haringová, who was only three months old. They also demonstrated their cruelty on the injured 21 year old partisan, Martin Herko. They cut up his feet, skinned him alive, cut off his ears, nose and tongue and gouged out his eyes. Finally, while he was still alive, they threw him into the flames of a burning house. In Kľak, located to the north of Ostrý Grúň, the unit shot the partisans Jakab and Boroš dead. In the bitterly cold weather, the inhabitants were forced to leave their houses and assemble in an open area near the chapel. Subsequently, the unit pointed their machine guns at them. In total, in these two municipalities, they slaughtered 148 people, out of which 56 were women and 38 children. They did it again on 26th January 1945, when they burned down more houses and farm buildings. This time, it was as many as 112 houses and 78 farm buildings in Ostrý Grúň and 132 houses and farm buildings in Kľak. The fascists also took revenge on the inhabitants of Hrabičov, Župkov and Prochot, where they burned down 140 houses and agricultural buildings. Sunday, 21st January 1945, may have been characterised by huge snowdrifts through the whole of the Kľak Valley, but it has also entered our history and memories as Bloody Sunday. We shall pay tribute to the fallen heroes of both municipalities, who will forever remain in the memory of our nation. Let us protect the gift of freedom and democracy they died for. In the era that we live, protecting the peace and keeping alive the memory of those who have fallen is a real and urgent task that ensures that future generations do not forget the bravery and heroism of the civilians from Ostrý Grúň and Kľak. 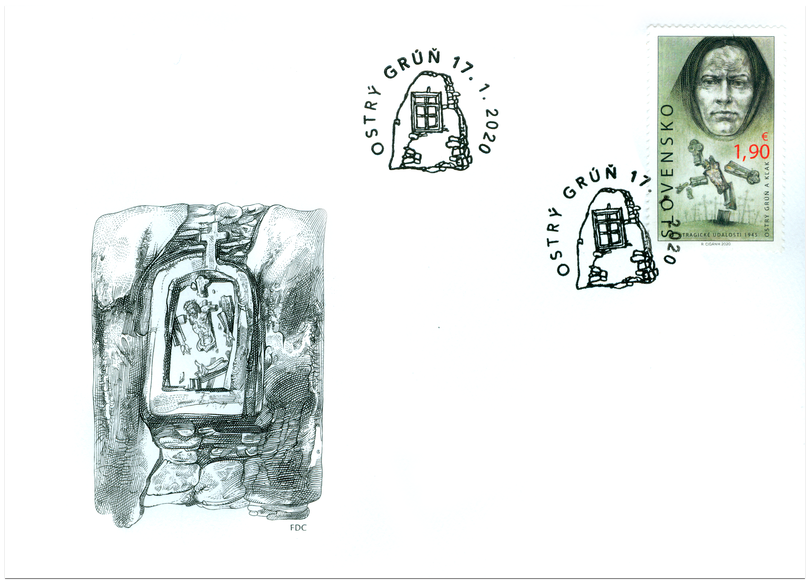